Rossi’s season in jeopardy, latest generation F2 car unveiled and Alfa is back in the BTCC 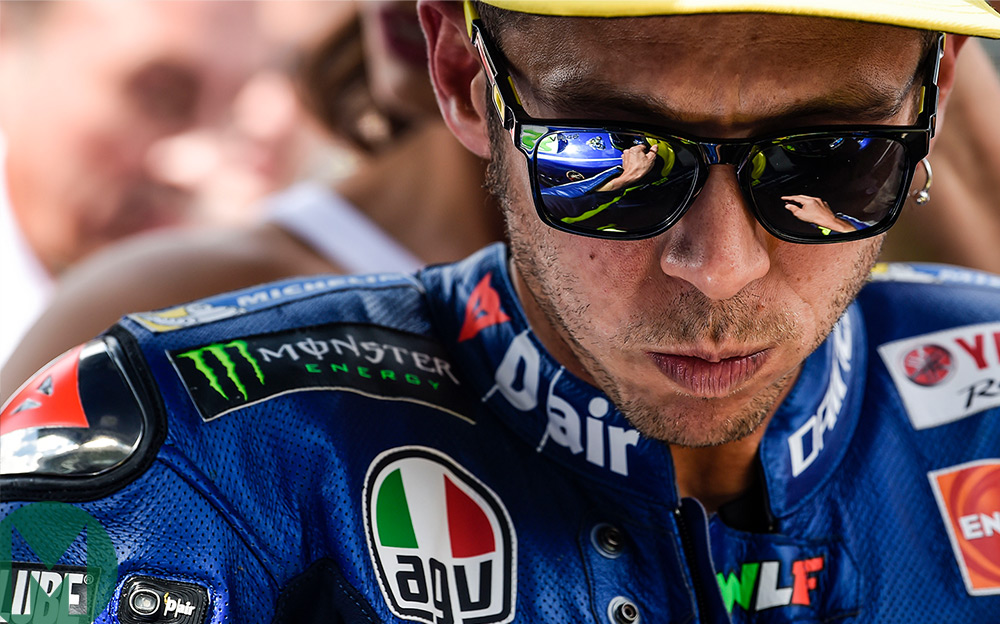 Valentino Rossi’s participation in the remainder of the 2017 MotoGP season has been cast in doubt after the Italian suffered a double leg fracture in a training accident. The incident occured close to his hometown of Tavullia on Thursday and the nine-time champion had a successful operation on the displaced fractures of tibia and fibula of his right leg on Thursday night.

“The surgery went well,” Rossi says. “This morning when I woke up, I felt good. I’m very sorry for this incident. Now I want to be back on my bike as soon as possible. I will do my best to make it happen.”

Thailand confirmed on the 2018 MotoGP calendar

MotoGP will be heading to Thailand in 2018 after a deal was agreed for the Buriram circuit, situated around 400km north-east of Bangkok, to host the world championship until at least 2020. “Thailand is a big consumer of bikes,” CEO of Dorna Sports Carmelo Ezpeleta says. “They are happy to use MotoGP to develop tourism here and MotoGP has a lot of interest in Thailand.”

It has been a decade since an Alfa Romeo last turned a wheel in the British Touring Car Championship, but that’s set to change next year. Handy Motorsport, who currently fields a sole Toyota Avensis in the championship, has announced that it will field an Alfa Romeo Giulietta next season, to be piloted by current team driver Rob Austin. It is the result of a partnership between Handy Motorsport and the Alfa Romeo Dealer Council, with the support of premier Alfa Romeo dealers across the UK.

“It has been a long project to bring Alfa Romeo back to the BTCC,” says team principal Simon Belcher. “Alfa Romeo is a passionate brand, steeped in heritage and we have already started building our first bodyshell. It’s massive for the BTCC as a whole.” 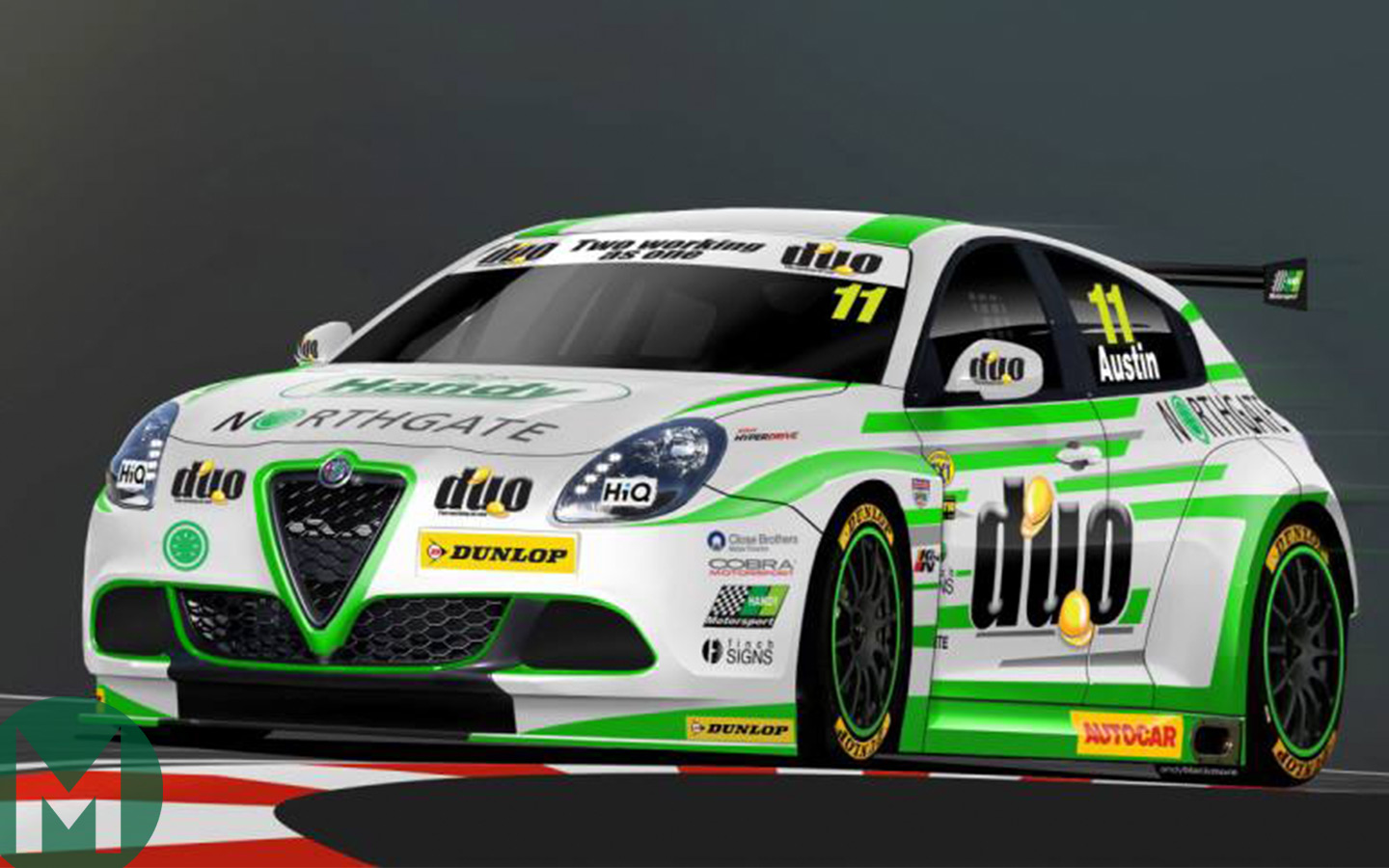 Competitive paranoia is normal in F1, but a change to the oil-burning rules has only added fuel to the fire. ‘Using oil in the combustion process liberates extra horsepower,’ Mark Hughes explains. But, ‘considering it an expensive and irrelevant technology, the FIA issued a technical directive that said it would consider all deliberate combusting of oil against the regulations.’

The FIA informed teams that any upgraded engines introduced from Monza could use no more than 0.9 litres of oil per 100km, engines introduced before that could use 1.2 litres. Ferrari was concerned that the ruling could give Mercedes a competitive edge, fearing the Silver Arrows would introduce a new power unit at Spa, while the Scuderia planned to introduce an upgraded engine at Monza. Despite Mercedes initially saying they wouldn’t, that is exactly what happened.

The FIA has unveiled the latest generation of F2 race car in Monza, introduced to bring the second tier of single-seaters in line with the latest in F1 design philosophy. Not only is the car longer, heavier and higher than this year’s car, but it will also feature a halo safety device, mandatory in F1 from next season. Gone is the naturally aspirated 4.0-litre V8 of the current generation, replaced by a turbo-charged 3.4-litre V6 that delivers 620 bhp. The new car will race in the F2 championship through to the end of the 2020 season.

Read the full report on the next generation F2 car

Fourteen years on from the launch of the original, Bentley has launched an all-new Continental GT. Much like the original, the new GT will be powered by a 6-litre twin turbo W12 engine and has four-wheel drive – but this is an entirely new car. No longer based on the designs of the defunct Volkswagen Phaeton, the new car is now based on the Porsche Panamera and is said to top 207 mph.

Andrew Frankel offers his take on the new Continental GT

“No power! No power!” They are words McLaren-Honda have heard down the radio far too many times this year, but it now seems that Alonso’s engine lost power on the exit of Pouhon at last weekend’s Belgian Grand Prix because he was driving quicker than the engine expected.

The engine system works out where the car is on track by tracking the driver’s throttle input, so when Alonso took Pouhon flat out for the first time, the electronics didn’t realise that he had taken the corner and so failed to deploy energy afterwards.

2) Ross Brawn wants to get rid of grid penalties

At the Belgian Grand Prix last weekend, Stoffel Vandoorne was handed a 65-place grid drop. It’s part and parcel of the current era of Formula 1, where the back-end of the grid is often determined not by time, but by the number of grid penalties collected.

Thankfully, though, Ross Brawn has insisted that a solution has to be found quickly and has suggested that more discrete penalties, such as deducting constructors’ points, would penalise teams without ruining the sporting spectacle.

3) Williams rumoured to be eyeing Alonso for 2018

Fernando Alonso remains coy on his F1 future. McLaren wants to keep him, but other teams are lining up to acquire his services. The Spaniard has confirmed that he has several offers on the table and as F1 resumed after the summer break at Spa, the big rumour circulating in the paddock was that Williams has offered Alonso a drive for 2018. Williams refused to rule the Spaniard in or out.

Ludovico Scarfiotti only won a single Grand Prix during his Formula 1 career, but it was a special one. Leading home a Ferrari one-two at Monza, Scarfiotti stole a place in the hearts of the Italian public, and more than five decades on he remains the most recent Italian to win his home Grand Prix.

It was also the year that saw some of the earliest experiments with in-car filming and Scarfiotti’s victory was recently celebrated in the film ‘Grand Prix’, featuring spectacular real-life racing footage and in-car action on the famous banking.

10 Years since an Alfa Romeo last competed in the BTCC

50 Percentage of races that Max Verstappen has finished this year.

Alfa Romeo, Maserati and Ferrari flew the flag for Italy with elegant style – and success. How they did it, so rapidly after the ravages of war, is a remarkable tale grounded in politics and passion.

Alfa Romeo’s team of cherry-red Tipo 158s took the first three places in the inaugural round of the Formula 1 world championship at Silverstone on May 13, 1950, with Nino Farina and Luigi Fagioli finishing ahead of the guest driver, Reg Parnell, and only a broken con-rod on Juan Manuel Fangio’s car preventing a one-two-three-four finish. Their success seemed like the definitive reassertion of Italian supremacy. 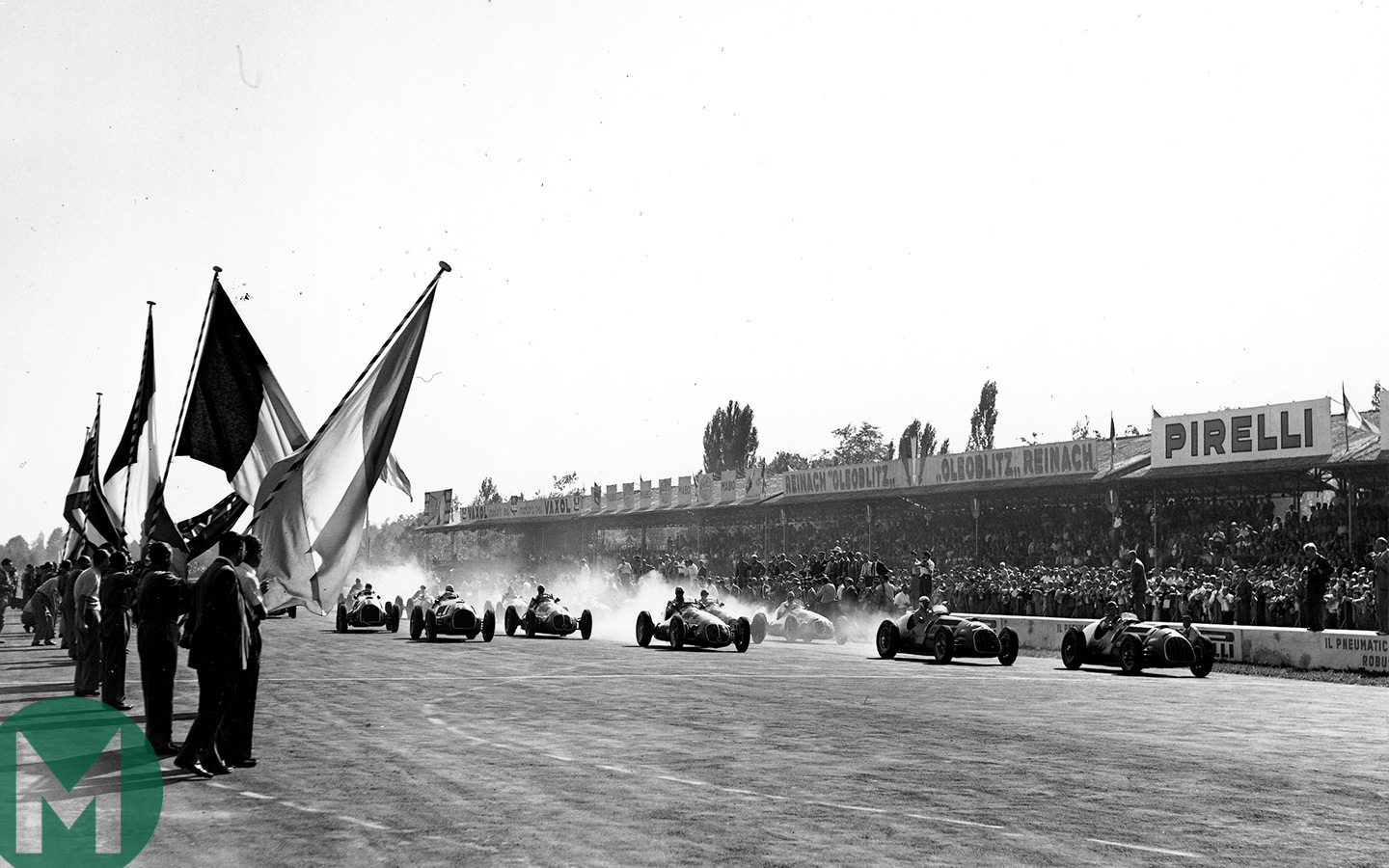