Think Verstappen trounced Gasly in the Formula 1 season-opener? And Kvyat did similar to Albon? And Norris to Sainz? It’s not that simple… 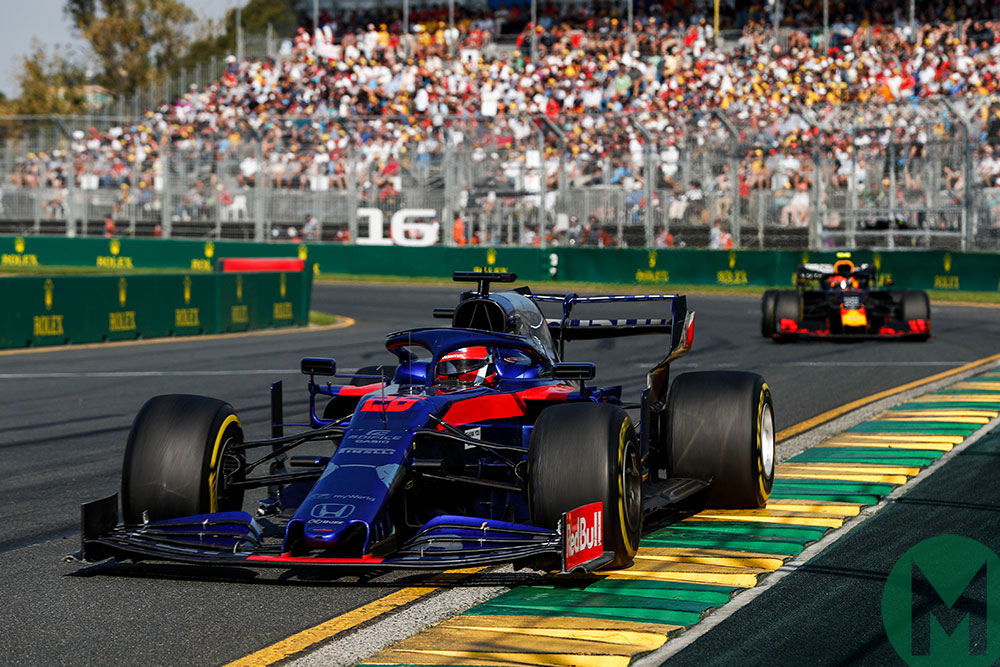 Pierre Gasly’s 11th place at the 2019 Formula 1 Australian Grand Prix, failing in a Red Bull to pierce the defences of his ostensible replacement (and predecessor!) Daniil Kvyat doesn’t sound very hot stuff, does it?

Especially when team-mate Max Verstappen passed Sebastian Vettel to secure third place. So Verstappen can overtake a Ferrari for a podium, while Gasly in the same car can’t even pass a Toro Rosso for a point.

Yes, that’s factually accurate. But means almost nothing. Circumstances very often mean there can be no realistic assessment of a driver’s performance regardless of how good he may be.

When so much of how drivers are rated is dependent upon comparison to their team-mates, we should recognise when to disregard any comparison

So if Verstappen had been the Red Bull driver that got caught in Turn One traffic on his second Q1 lap, but had recorded sixth-fastest time on his previous lap, and thus decided not to use up another set of tyres and stayed in the garage, secure that he surely wasn’t going to drop from sixth to outside the top 15… but did because the track grip ramped up so fast. Then what?

How would Max have got on from 17th, rather than fourth on the grid? On a circuit where passing is more difficult than anywhere other than Monaco. And against a Toro Rosso that unlike the Ferrari didn’t have a particular problem through Turn One.

Maybe he’d have made more progress than did Gasly. But it’s really not a given. There are days when circumstances mean that you are simply not able to demonstrate your potential, and this was one of them for Gasly.

He wasn’t the only one. Lando Norris made a great debut by qualifying his McLaren eighth – many places better than it deserved, Fernando Alonso-style. So that shades Carlos Sainz, out in Q1, right?

Absolutely not. There is no valid comparison. Sainz was about to set a top-10 Q1 time when he had to back off for the limping punctured Robert Kubica two corners from home, thus consigning the second McLaren to be a Q1 casualty. It’s entirely feasible he’d have made Q3 together with Norris and fought out position there.

But Norris faded from his sparkling fourth row start to finish out the points. So he wasn’t as good in the race as in qualifying, right?

Again, no valid comparison. There was no way of knowing in advance that Antonio Giovinazzi’s long-running, medium tyre-starting Alfa was going to take on bodywork damage on the first lap and so form a block to all those, like Norris, who were on softs and exited from their first stops behind the Alfa and lost a heap of time – and many places – to those who’d been able to start on mediums and run longer.

Similarly, Alex Albon. After an impressive rookie qualifying effort put him ahead of team-mate Kvyat, he finished behind him. The latter has absolutely nothing to do with respective merit.

Kvyat (who started on mediums, rather than the softs of his team-mate) drove a strong and determined race to fend off Gasly for the final point, but who is to say that wouldn’t have been for a couple of places behind Albon had the long-running Giovinazzi not picked up his first lap damage and thereby not cost Albon so much time upon rejoining after his stop?

Kvyat’s strategy turned out to be better than Albon’s – but not for any reason of merit. That’s just how it panned out. Similarly, Sergio Pérez losing out to team-mate Lance Stroll at Racing Point for the exact same reason.

So in this machinery-dominated sport, when so much of how drivers are rated is dependent upon comparison to their team-mates, we should recognise when to disregard any comparison. No matter how well one driver may have done (and it could theoretically have been one of the all-time great performances), if his team-mate has been denied equal opportunities by circumstance, they cannot be compared.

These things tend to get forgotten in the overall assessment of performance over a season. Let’s see how Gasly – who was outstanding at Bahrain in the Toro Rosso last year – compares if he can get a more equal opportunity next weekend.