Ferrari could do with Lamborghini boss Stefano Domenicali’s input, given the raging bull’s unprecedented success – but don’t count on it happening soon 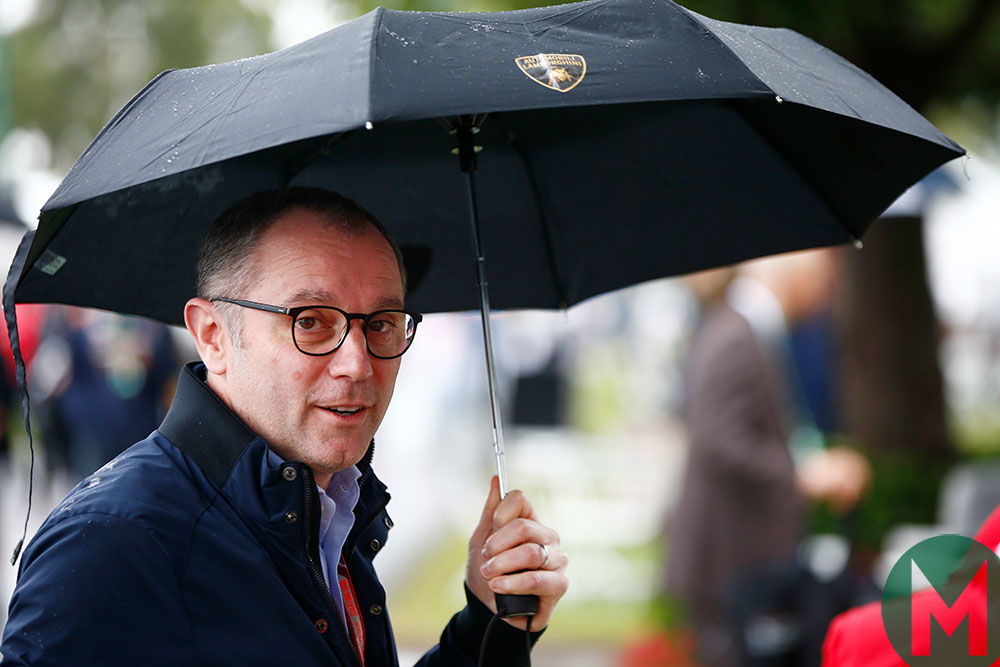 The Ferrari jungle drums have been lively in post-Arrivabene Italy and speculation doing the rounds in this past week is that former team principal Stefano Domenicali could be set for a return. It’s a story with a certain appeal.

Currently CEO of Lamborghini on behalf of Audi, his calm, friendly confidence and ready familiarity with the team and its people would undoubtedly help steady the ship at a crucial time.

But, as far as we can ascertain, it isn’t going to happen. Not yet, at any rate.

Maybe Domenicali would return at some time in the future and, even then, he would not – as some versions of the story have suggested – be reprising his Scuderia team principal role. That would be a backwards step in his career path and if he returned it would be more likely be as CEO of the whole company.

The current incumbent of that role, Louis Camilleri, has been in situ since last July, following the death of Sergio Marchionne (whose more senior position in the group covered that role also).

But already, Camilleri’s position is under review by the big boss John Elkann, who is the CEO of the holding group, Exor, that controls Ferrari. The automotive side of Ferrari is not meeting the targets set by Marchionne and the pressure is upon Camilleri.

Domenicali, meanwhile, heads up a Lamborghini that is enjoying its biggest commercial success ever – in 2017, gross revenue passed a billion Euros for the first time in Lamborghini’s history.

But if there is going to be change at Ferrari, we would not expect it to be immediate – or even this year – and this much is actually consistent with Elkann’s public comments last week in which he reiterated that no further changes were imminent.

But if Domenicali could one day be persuaded to return as CEO of Ferrari, he’d certainly be a great fit with Mattia Binotto’s Scuderia team principal role. The pair are great friends and came through the company ranks together.

Binotto is said to be a great manager of people and concerns that his promotion leaves the technical group rudderless are almost certainly unfounded. He will be doing much as he was already doing, albeit with a different title and with free rein to run the race team in his own way rather than Arrivabene’s. That way, as he has already demonstrated in leading the technical group, is much more consensual and inspirational than Arrivabene’s.

The radical technical ideas on Ferraris of the last couple of years have not been his directly, but have arisen from the structure and environment he has put in place of banishing fear of failure and encouraging input from all levels. He was already Marchionne’s ‘go to’ man before the boss’ death in late July.

The technical team has enough strength-in-depth that putting Binotto in a Ross Brawn-like position of ‘boss with a technical background’ should be just fine.

More – Arrivabene: the man with few friends at Ferrari

Obviously, a race team often demands much quicker decision-making than a technical group, a fact that was once underlined when Lotus boss Colin Chapman asked Cosworth’s Keith Duckworth a question concerning an engine during a Grand Prix weekend.

The deep-thinking Duckworth replied. “I need to think about that.”

Chapman responded: “We’re in the pitlane. You don’t have time to think, Keith.”

But Binotto’s calm authority can be expected to adapt to that – and he spent years as Ferrari’s customer team point of contact.

But what Binotto really needs to ensure success is the strong implicit backing of senior management, in allowing him to run the Scuderia as he sees fit. In this, Domenicali would be exactly what Binotto needs: a boss sharing his vision with a similar outlook, and able to offer the advice of experience without interfering.

Domenicali would be working as a boss with an input on a ‘pull’ level (i.e. as required) rather than ‘push’ (i.e. imposed).

In putting things in place for the future, the Scuderia’s most pressing change has already been made.

Longer term, any changes deemed necessary on the automotive side would need also to dovetail well with the Scuderia. And a great answer to that question could be the genial but extremely able Domenicali, if he could be persuaded to return. Just don’t expect it imminently.