Force India – soon to be known as Racing Point F1 – will be expanding. Mark Hughes explains what the ‘optimum size’ could be for such a team 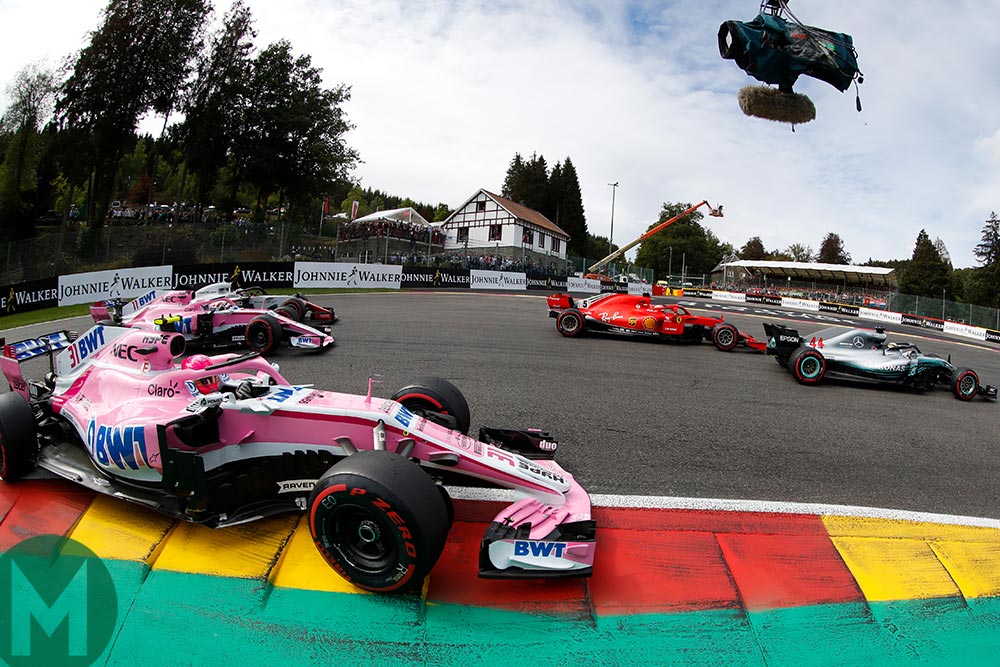 Force India is set to expand under Lawrence Stroll’s new ownership. From its little base just opposite the Silverstone circuit’s main entrance, dating back to its Jordan Grand Prix years, Force India has worked wonders.

Its business and operational model is also from that time and is based around outsourcing a lot of key manufacturing and engineering to specialist companies.

The constructor’s approach has allowed the team to keep its overheads low, giving it good ‘survivability’ when the economic going has got tough. With a headcount of more than 400 people, this is the biggest Force India has ever been – but that’s still only 40 per cent of that of the big teams.

The monetary hardships of the last years of Vijay Mallya’s ownership, while not apparent in on-track performance, have left the facilities somewhat starved of investment and, now that some of them are set to be replaced, the opportunity is being taken to make what technical director Andy Green describes as, ‘a small-to-moderate expansion’.

After years of feeding the 5000 with a loaf of bread and a couple of fish, Green is understandably excited: “The target of new owners is to take another step up in competitiveness and I think the only way to do that is to expand our current technical team and probably some of our manufacturing capability too – to bring some in-house. So that we can start turning parts over quicker.”

It will give the team the capacity for quicker car builds, allowing more time in simulation beforehand and better development reaction times.

The adjacent field has been earmarked – doubtless something of a windfall for the farmer who owned it. But even after this is completed, Force India will still not have anything like the internal facilities of Williams, a few miles down the road towards Oxford. This goes much deeper than just manufacturing its own gearbox rather than just buying one from Mercedes as Force India does; machining shops can make you pretty much anything you like at Williams – but it requires a vastly bigger site and many more employees than even the expanded Force India… which is potentially a problem.

Cost-capping is still being resisted by the big teams

Many of those in-house parts are not performance differentiators. They are essential components but performance-neutral. The money required to have the facility to make them is budget not available for spending on making the car go faster. The evidence of the last few seasons suggests that Force India’s chase of performance is more focussed, which has given a sound development path and gains made from continuity.

There’s clearly an optimum size for an independent team under the current regulations and it seems to be somewhere between Force India and Williams.

“We’re not going to become a big team,” stresses Green, “just a medium team. One that is super-efficient and can compete – especially as the regulations start to come towards us from 2021. We want to be very competitive with a relatively low budget.”

That will be great if the regulations really do start to move in favour of the smaller teams; how that will be done – through cost-capping and/or greater standardisation of parts – is still up in the air.

Cost-capping is still being resisted by the big teams and its implementation has been delayed until at least 2023 – and the projected effectiveness of it is still being considered with some cynicism, as voiced by Christian Horner: “I still firmly believe the most effective way to reduce costs is through regulations.

“The problem with any cap is how on earth do you police teams that are integrated with other businesses, road car suppliers etc. How do you wrap your hands around that? It’s not like a player cap in other sports. It’s such a complex business.

“Once you get into the apportionment of people’s time, how the hell do you police that?”

So Liberty and the FIA’s decision on this conflicting challenge will have a big impact on what that optimum size of team is, and Force India’s future.