The 91st Schumacher-equalling victory will just have to wait, as Lewis Hamilton’s Russian weekend cascaded out of his control through an unfortunate series of events, albeit triggered by his own error in Q2. Given the extent of Mercedes’ superiority, it was almost a given that the recipient of Hamilton’s jitters was team-mate Valtteri Bottas who cantered home well clear of Max Verstappen’s Red Bull-Honda.

Hamilton qualified on pole, but was obliged to start on the ‘wrong’ tyres – the short-lived softs, not the double-life mediums used in Q2 by Verstappen (who qualified a great second) and Bottas (who, with his eyes on the bigger prize, might not have tried too hard to secure pole).

Why softs For Hamilton? 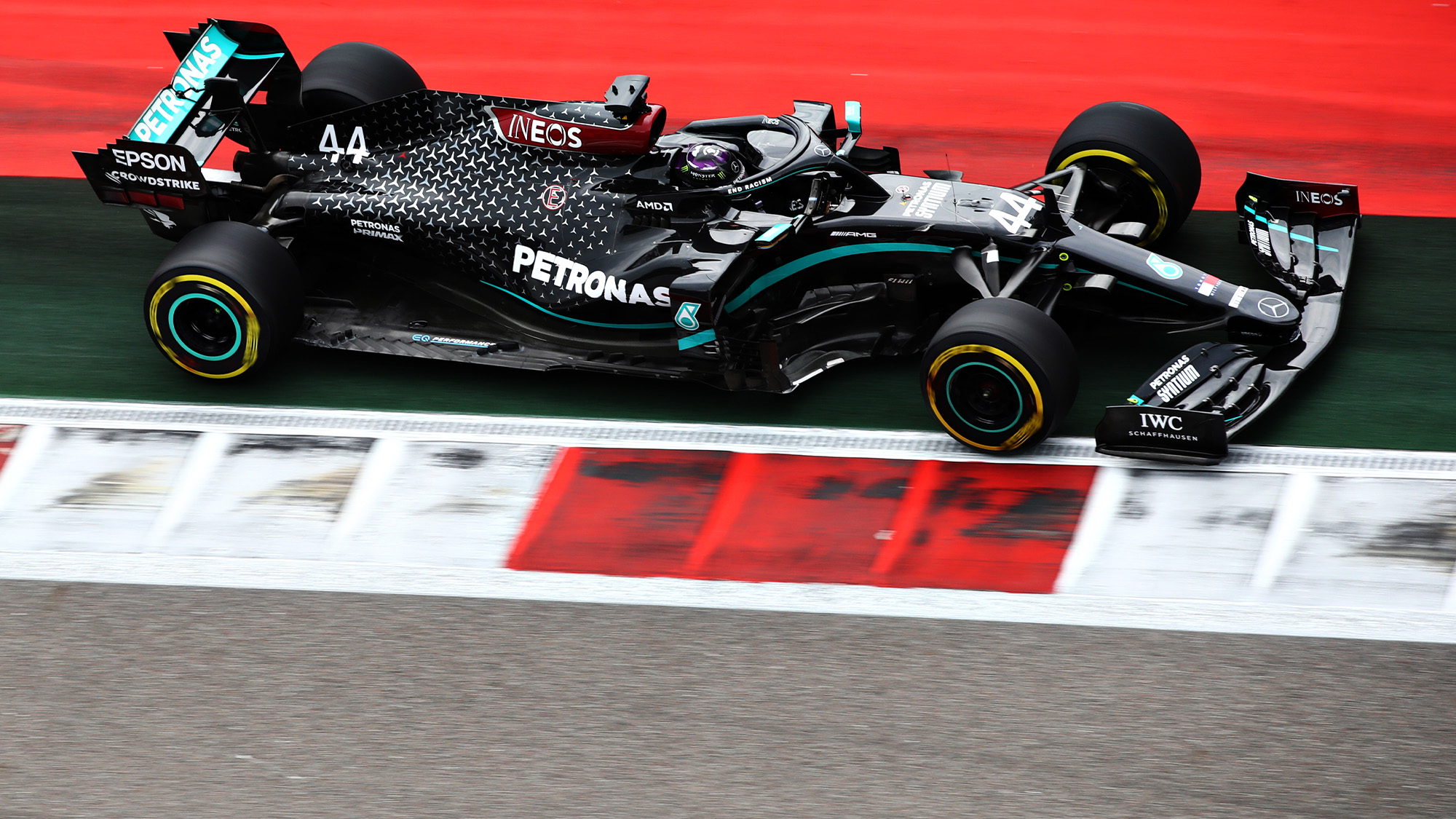 It was all going so well for Hamilton – until he crossed over the track limits line on the final corner of his first Q2 lap. “I don’t know how I managed to do that,” he later admitted. “I’d not been out there all weekend.” This was supposed to have been the medium-shod lap that would get him through to Q3 and starting the race on the ‘correct’ tyre. Bottas and Verstappen had got theirs in – but Hamilton’s time was disallowed. No problem: he had another set of fresh mediums. Out he went and again it was super-fast. All he had to do was complete the last corner – but there was a red flag as his old nemesis Sebastian Vettel had crashed the Ferrari hard at Turn Four. Which left just a couple of minutes for the restarted session to run – and Hamilton still with no time on the board. He wanted to leave his old mediums on (there were no new ones left) and get to the end of the pitlane. First of all, it wasn’t feasible to go to the end of the pitlane. The Mercedes engine doesn’t have the facility for the driver to start it up using the MGU-K (unlike the other three engine types), so he can’t just switch it off to prevent it overheating when stationary. Secondly, if he wasn’t starting from the front of the queue, it was far less risky to put on a new set of softs that would come quickly up to temperature rather than trying to find a gap in the traffic on an old set of slow-to-warm mediums. He pleaded for the mediums. He was overruled.

So he now imagined he was on completely the wrong strategy to win the race. The initially-faster soft had only about half the range of the medium (15 laps versus 30) which left you with a 38-lap stint to get to the end on the faster one-stopping strategy. Which was a bit marginal even for the hard. So you’d be driving slowly pretty much the whole way. But those starting on the medium could drive a much more aggressive race, unrestricted by the first stint range. That was the theory. The theory was wrong – but that turned out not to be critical.

Hamilton was served with two 5sec in-race penalties, one each for two practice starts outside of the allocated area of the pitlane. It was a controversial penalty given that it was for an ‘offence’ committed before the race had begun. Typically, if you speed in the pit lane, say, in the pre-race phase, you’d be fined, not have a race penalty applied. Then there was the question of why it was an offence. The race director’s notes said you could do the dummy starts past the traffic lights and to the right, but didn’t stipulate how far past the lights. It seemed harsh – as did the insistence the penalty be taken during the race (ie at a pit stop) rather than simply added to the total race time afterwards.

But why was he trying to do his starts at such an unusual place, surely just inviting trouble? Why not do it where everyone else was doing it? “I don’t like to be on the rubber. That’s where everyone has done all their starts so it’s not representative of what it’s like on the grid, so I try to get onto the surface that doesn’t have any rubber.” 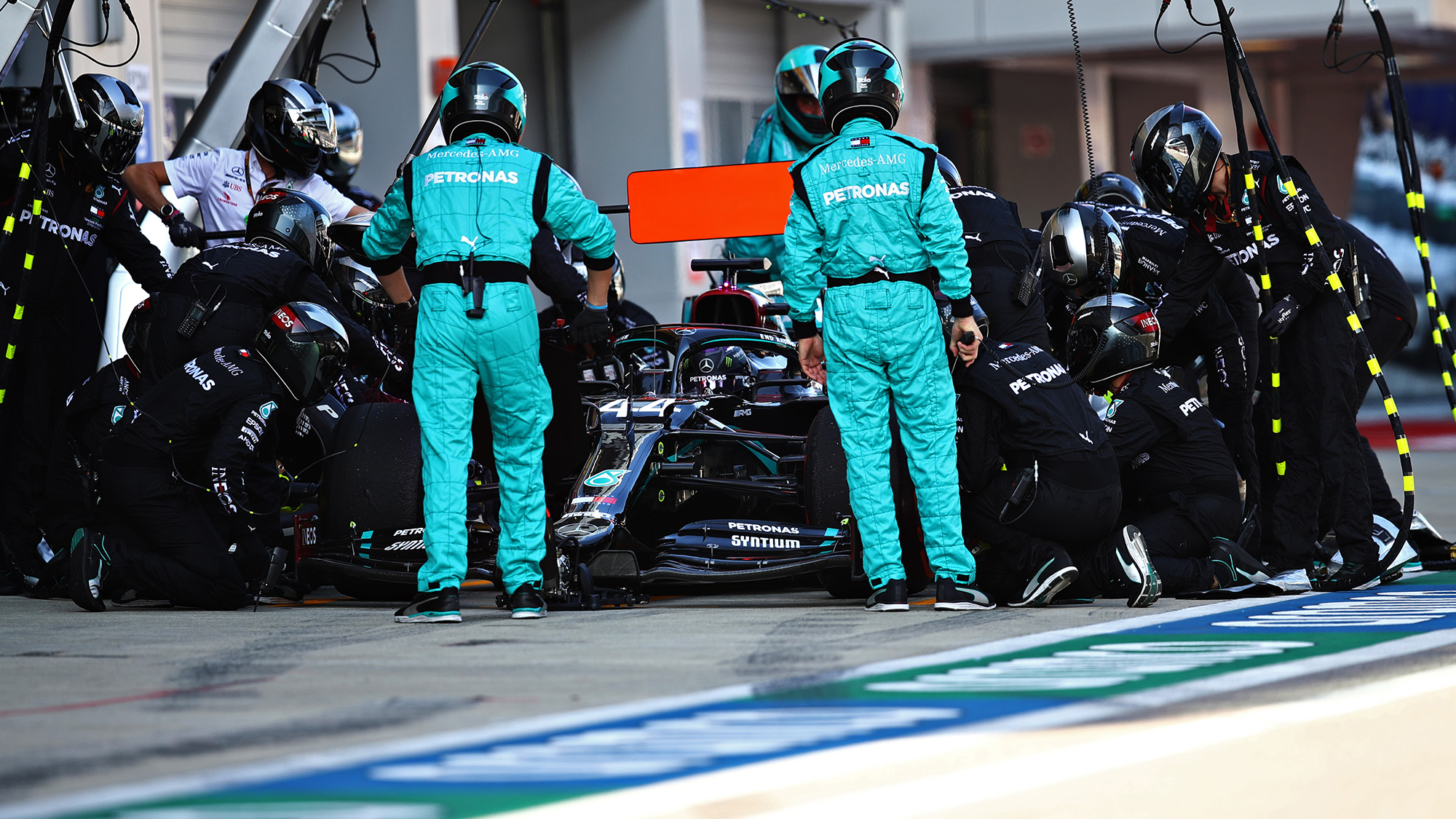 It was more crucial than ever that he get a good start here, because the polesitter is invariably mugged by the slipstreaming cars directly behind, such is the very long run down to the first braking area, for Turn Two. (Did Bottas not try for pole? He offered no explanation for why his second Q3 run was relatively slow, with much slower sectors than his Q2 best). Statistically, second or third is a better starting place here than pole. So Hamilton was looking at every possible way to overcome those odds. He was on the grippier tyre, so that was good. But he very badly needed to maximise that advantage – for if he came out of Turn Two not leading, he’d be unlikely to win the race on the strategy he was on.

The penalty ruined his day. He got away well, fended off the slipstreaming Bottas into Turn Two and led the first stint, his tyre wear helped by the first five laps running under the safety car after some typical Turn 2 midfield chaos (and a Turn Four accident for Lance Stroll’s Racing Point after contact with Charles Leclerc’s Ferrari). He was almost out of rear tyre as he was called in – against his wishes – on lap 16. The 10sec penalty had to be taken before work could begin on changing the tyres. That was him out of contention for the day, paving the way for the Bottas victory, unchallenged by Verstappen. Hamilton drove a long, quiet, tyre-conserving, second stint to take a downbeat third.

Why Hamilton wasn’t on the wrong strategy after all 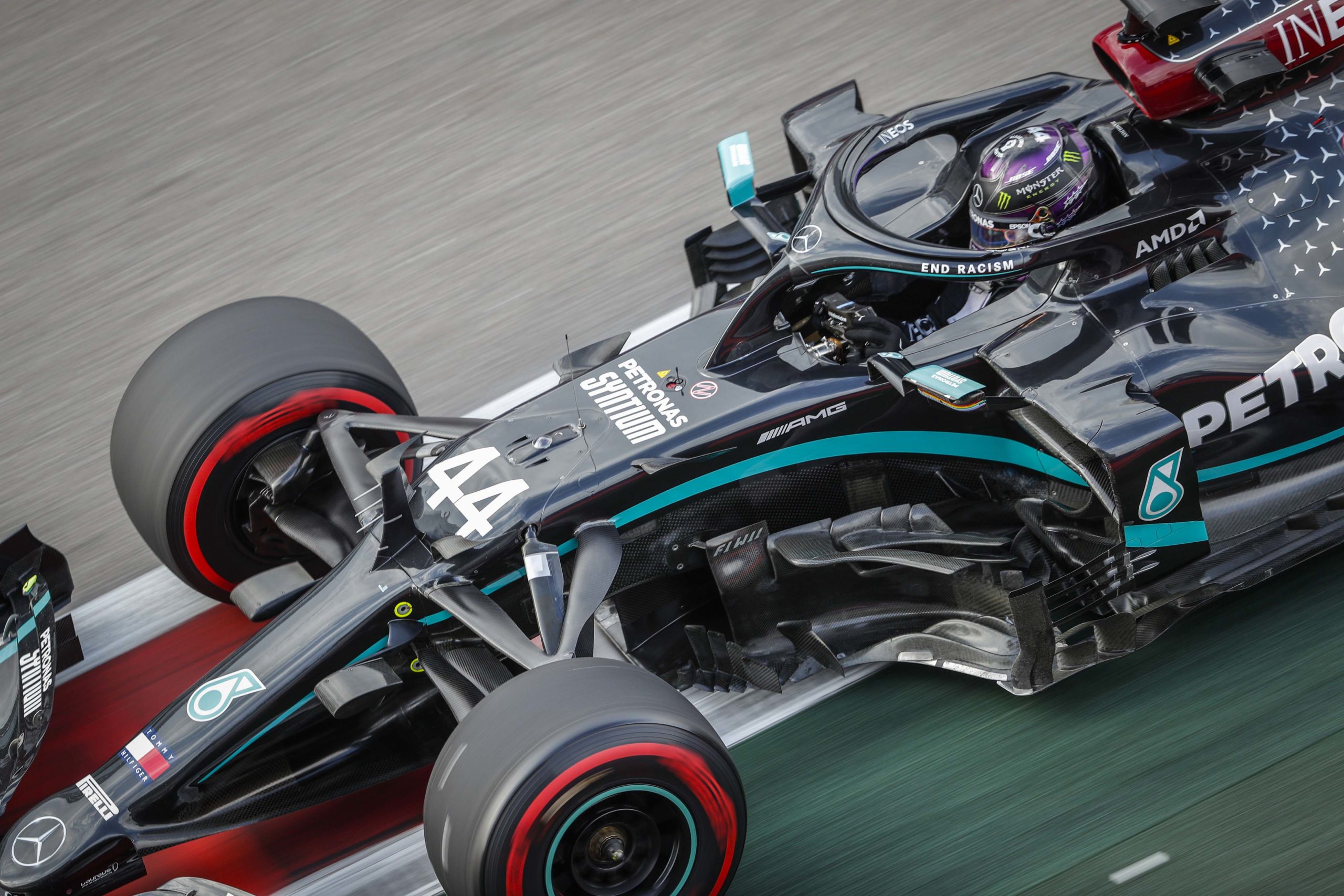 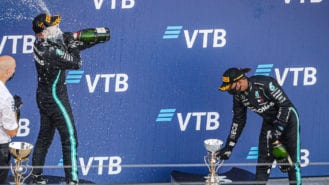 Had it not been for the penalty, Hamilton might have won this despite starting on the soft. Because in the extra heat of race day – Sochi was particularly scorching on Sunday – the hard was a better tyre than the medium. It could have been aggressively driven the whole of the second stint even from an early stop on the soft and would have given Hamilton a realistic chance of being in the lead after Bottas made his later stop from his medium-tyred opening stint. But the penalties extinguished the battle that never was. This only became clear afterwards when Hamilton’s tyres were found to have lots of rubber still on them. But there were clues before, not least Daniil Kvyat’s great long and fast opening stint on the hards which was the foundation of his eighth-place finish in the AlphaTauri.

The out-of-contract Sergio Perez gave Racing Point a great fourth place. The other notable over-achiever was Charles Leclerc (sixth in the 11th-fastest qualifying Ferrari, splitting the Renaults of Ricciardo and Ocon).

A day that might have been for some. A day that was overdue as far as Bottas was concerned. 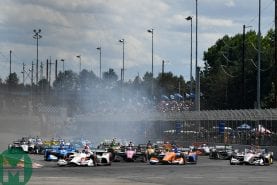 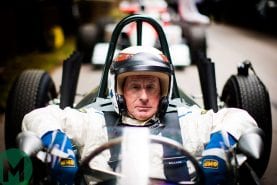