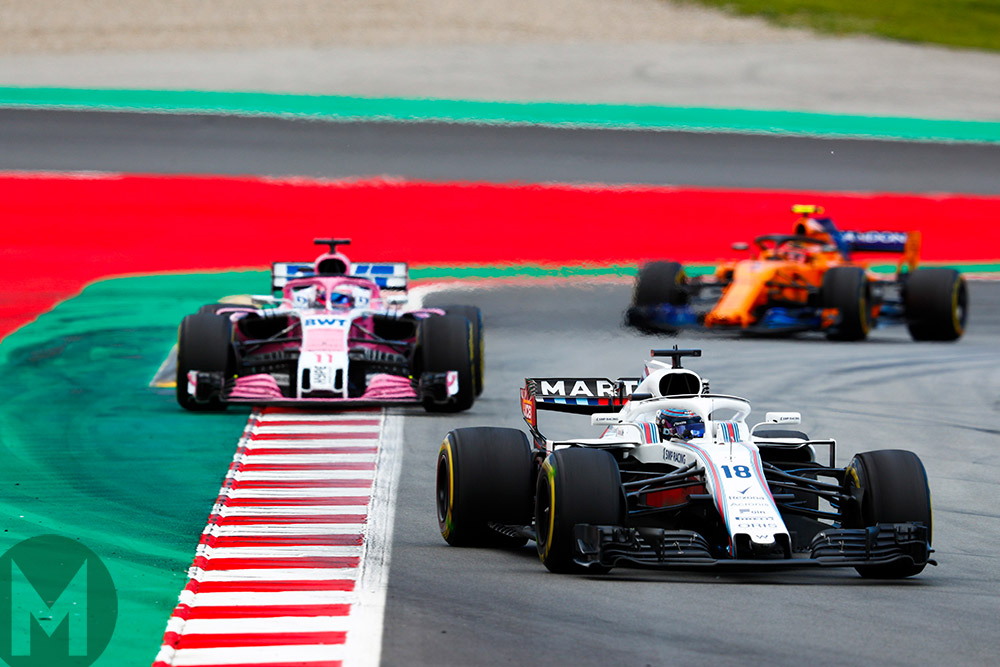 Carlos Sainz’s signing for McLaren as Fernando Alonso’s replacement for 2019 puts another piece in the driver market jigsaw. But we may be about to see some pieces being moved by the very next race at Spa, with Lance Stroll quite possibly switching to Force India and his place being taken at Williams by Robert Kubica. Central to all this is Toto Wolff’s assistance to his young driver Esteban Ocon – and that dynamic almost resulted in an even more complex switch around of seats in Hungary.

Let’s roll back to how we got here. At around the time of Hockenheim, the situation at Force India was becoming critical. There was a winding-up order about to be served on the team and at the very best, it was about to go into administration. Wolff was concerned about how this was going to impact upon Mercedes young driver Ocon. Negotiations were ongoing about a seat for him at Renault for 2019 but it wasn’t settled.

Potentially needing to keep Ocon in play for the second half of the season, Wolff approached McLaren with the idea of putting him in Stoffel Vandoorne’s car for the remainder of the season. If Alonso decided he wasn’t going to continue in 2019 (which McLaren would have known by then), it would give McLaren half a season to look at him alongside Alonso as a possible 2019 candidate as it might be needing two new drivers (if it was not continuing with Vandoorne).

Post-Hockenheim that prospect was rendered null and void, after a meeting in Renault’s headquarters where it was agreed that Ocon would be a Renault driver in 2019, replacing Sainz. The deal was agreed in principle. That seemingly secured his future, but there was still the matter of him possibly not racing in the second half of this season if Force India didn’t survive.

There was now no point in McLaren using him for half a season only to hand him over to Renault. At which point Wolff suggested to Renault the idea of Ocon replacing Sainz immediately – from the next race, in Hungary – and starting the relationship early. The problem with that was Sainz’s contract – so Wolff then approached McLaren again, this time with the idea of placing Sainz in the Vandoorne car. Possibly with the idea of getting that relationship off to an early start. Probably with complications from the Red Bull side (Sainz was still a contracted Red Bull driver out on loan), McLaren passed on that.

On the weekend of Hungary, Force India entered administration and the immediate future of the team was secured. The administrators were considering four serious bids, so all seemed secure in Ocon’s world; he’d remain with Force India for the rest of the season and be off to Renault in 2019.

All this was to reckon without Daniel Ricciardo whom everyone – including Red Bull and Renault – had assumed was about to sign the Red Bull contract in his briefcase. Except he didn’t, of course. He accepted the big offer Renault had made him instead, much to Renault’s surprise. At which point Renault effectively jettisoned Ocon. He’d been let go before he’d even started! One day, he was secure for 2019 but not for the rest of ’18. With Force India’s rescue and Ricciardo’s signing, it became the opposite. Briefly.

Meanwhile… the buyer of Force India was the Lawrence Stroll-led consortium. So as Lawrence pondered on why his boy should persevere in the uncompetitive Williams for the rest of the season when he now owned a more competitive car than that, so the possibility of Lance switching to Force India from Spa onwards came onto the radar. Hence Ocon’s current drive was again under threat! (It couldn’t be Sergio Pérez’s, because of his associated financial backing). Obviously, Mercedes would prefer Lawrence doesn’t do that, so as to keep Ocon in the seat for the rest of the year – and Force India will not want to press too hard against Mercedes’ (Wolff’s) wishes, given their ever-closer association.

But if Lance Stroll does make the switch (with appropriate compensation to Williams), then Robert Kubica is in line to stand in at Williams – and we’d finally get to see that little fairy tale come true.

All of which still leaves Ocon without a confirmed 2019 drive. May we yet see him in a McLaren, as Wolff originally tried to make happen for Hungary?