Mercedes’ weak point is now its strongest, so there’s just one remaining hope for a competitive 2019 Monaco Grand Prix — and the season beyond 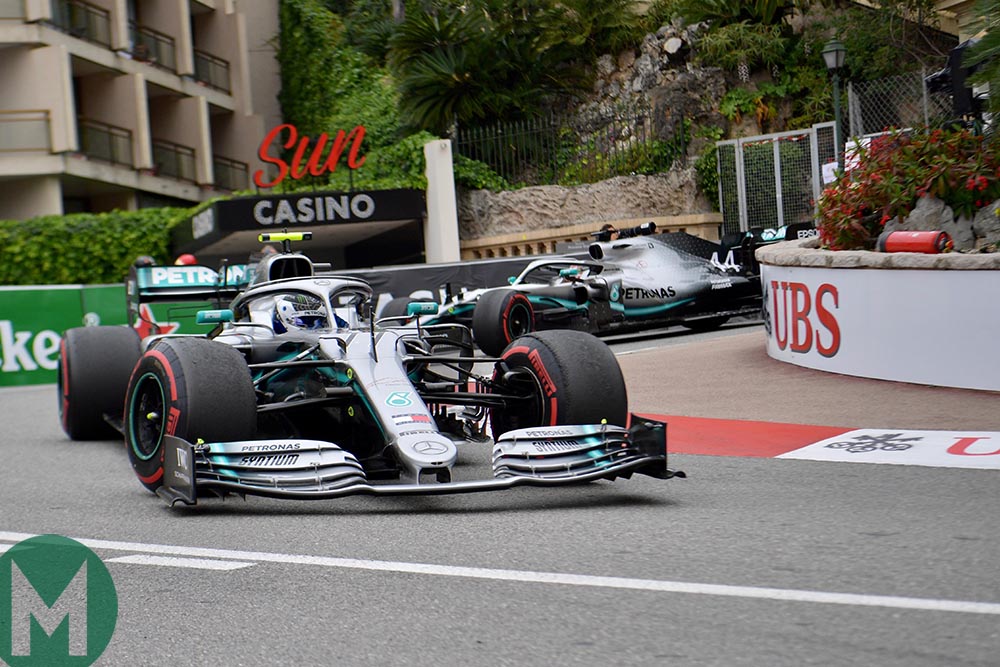 Monaco this weekend, are we looking at the biggest Mercedes whitewash of the season so far? Remember when the team’s Achilles heel was slow corner performance? When its long wheelbase seemed to prevent it from being as agile at low speeds as the Red Bull in particular, but also the Ferrari?

That time has passed. As discussed here last week, what was previously Mercedes’ weak area is now its absolute strongest. This has occurred just at the time Ferrari and Red Bull have hit problems depriving them of their performance in that very same area – low-speed downforce.

The Thursday afternoon practice session saw somewhat scruffy performances from all three teams, with interrupted running, flat-spotted tyres etc. But looking in between all that, the 1min 11.1sec recorded by both Lewis Hamilton and Valtteri Bottas – which ostensibly put them 0.7sec clear of the field – were each set on tyres well past their best after both drivers suffered incidents on their first flying laps. Although the fuel load was lower by the time they actually set their best times, the benefit of this would have been less than the reduction in tyre performance between new and three/four laps old.

Sebastian Vettel’s third-fastest lap of 1min 11.8sec was set earlier in the session, the track perhaps 0.3sec slower than when the Mercedes’ set their best times. Charles Leclerc in the sister car flat-spotted and never properly recovered his session. But in the morning he looked to have a slight advantage over Vettel. Taking account of the various ebbs and flows of the comparison, that 0.7sec Ferrari deficit to Mercedes could well be about right – or even flattering to Ferrari.

In the morning Max Verstappen’s Red Bull had actually been Mercedes’ closest challenger. In the afternoon he was sidelined with a technical issue and it was Pierre Gasly who flew the team’s flag, at 0.8sec off the compromised Mercedes times. In general running Verstappen has perhaps a couple of tenths on Gasly, so let’s make 0.6sec an educated guess for the Red Bull deficit. But that’s before both Mercedes and Ferrari turn up their engine modes to a level Honda cannot yet do. 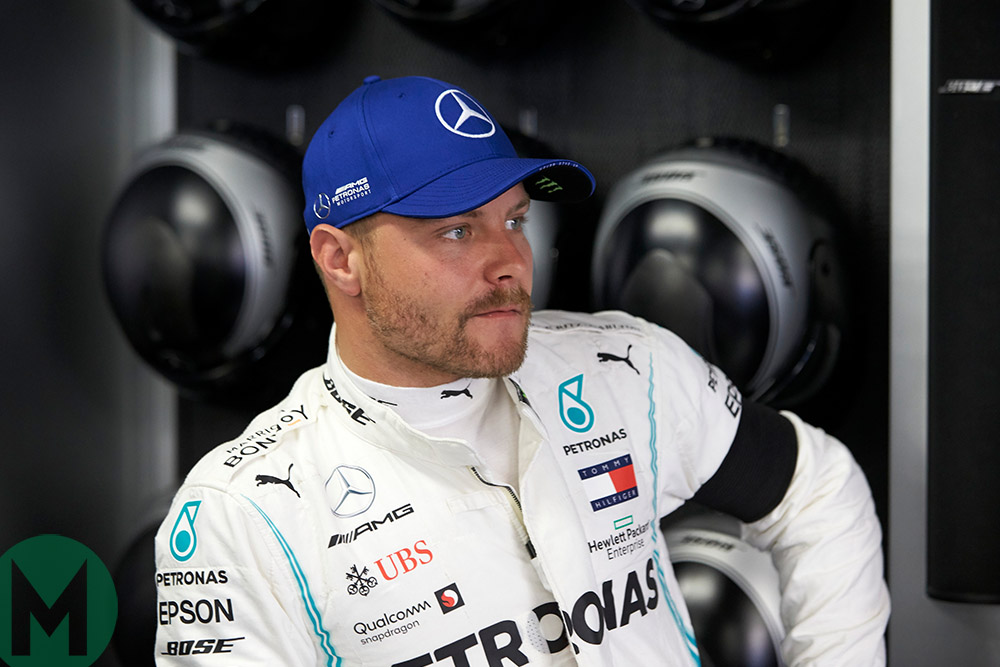 Bottas: racing fans will be hoping that his form continues Motorsport Images

The front wing and under-nose restrictions of 2019 seem to have hurt the shorter wheelbase Red Bull and Ferrari more than the longer wheelbase Mercedes. The Merc’s direction change is enhanced by what is believed to be a rear steer simulation that enhances the geometry favourably under initial load. The front suspension is arranged in such a way as to increase the car’s rake – and therefore its front end downforce – on high steering lock (ie low-speed corners). This, however, is not unique to Mercedes: Ferrari began experimenting with it in 2017 and Red Bull had it working well by the end of last year. All three cars – and several others – now feature this trick front geometry. So interesting though it is in abstract terms, it isn’t the differentiator that is now allowing Merc to dominate even on the sort of tracks it always dreaded.

Which all seems to leave us with the hope of Valtteri Bottas continuing his 2019 form not only through the Monaco weekend – but through the whole season.

In the July 2019 issue of Motor Sport, Mark Hughes speaks exclusively to Ferrari boss Mattia Binotto. Subscribe here for your copy and receive a free membership to the Goodwood Fellowship.