The holes in Mercedes’ rims are pivotal in controlling tyre temperature, and they’re sending ripples through the paddock 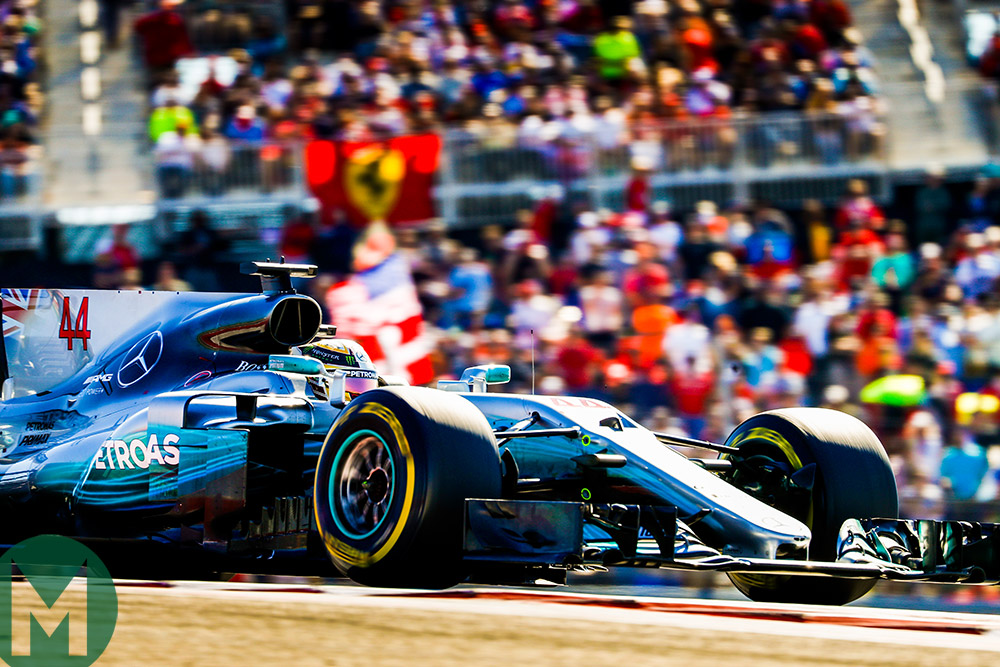 Ferrari says it has no intention of protesting the rear wheel spacer holes that Mercedes blanked off in Austin for fear of just such a protest. However, the Scuderia continues to have misgivings about the legality of the Mercedes feature, believing it to be a moving part with an aerodynamic benefit, a viewpoint with which the FIA’s Charlie Whiting disagrees, having given the design the all-clear for the Mexican Grand Prix.

Ferrari is contending that the rims are illegal given the ruling that outlawed Red Bull’s ‘blown wheel nuts’ in 2012. In that instance, the FIA banned the Red Bull’s feature of having holes in the stub axle which drew inboard air in and directed it outwards through the hollow stub axle and the wheel to speed up the flow of air around the outside of the front tyre. It was adjudged that the feature was purely to confer an aerodynamic benefit – and because it was moveable it contravened the regulations.

The Mercedes spacer moves with the wheel as, therefore, do the holes within it. But it’s otherwise quite different from the 2012 Red Bull. For one, it is only on the rear wheels. For another, there is a quite feasible cooling benefit and any aerodynamic effect might be argued to be incidental. Without an X-ray of the internal structure of the rims and a CFD programme to simulate the resulting airflow, it’s impossible to judge just by looking.

The holes in the spacer are aligned with the rearward face of the ducts that sit at the top of each of the multiple ribs in the wheel’s design. These rims were introduced by Mercedes at Spa. They feature 11 ‘ribs’ (or spokes), each with a duct at the top around the centre of the wheel. At the outer circumference of the rim, between each of the ribs sit two projections. The combined effect of this intricate design is to make the wheel into a fan that extracts the air out more quickly and therefore has more of a cooling effect on the rim. Controlling the temperature of the rim is crucial in controlling the temperature of the extremely heat-sensitive Pirelli tyres.

It is feasible that the extracted air could be induced to flow in such a way that it also speeds up the airflow around the wheel, possibly to the benefit of overall aerodynamics – though the benefit would necessarily be much smaller than if applied to the front of the car, as there is less car length for the flow to work upon.

Fearing a post-race Ferrari protest in Austin, Mercedes blanked up the spacer holes. The fact that both Mercs then blistered their rear tyres could be taken as supporting Mercedes’ contention that the holes are there as cooling devices. The ducts in the ribs expand the tunnel formed by the spacer holes and thereby induce a pressure change that should accelerate the air – which would increase the cooling effect. However, there was also an error in the setting up of the cars after they were disassembled in parc fermé to replace the leaking gearbox water pumps. The cross-weights were not correctly set. That too could have led to the blistering as one side of the car took a disproportionate share of the load.

With Ferrari not intending to protest the matter, it should have no effect on previous results. But it’s an unsettling issue for Mercedes as it attempts to finally clinch Lewis Hamilton’s, and the constructors’, championship.

Either the design will become an accepted practice that other teams will copy or it will be quietly outlawed during the off-season to prevent further controversy. But teams are free to appeal the FIA’s all-clear ruling – and the FIA has reserved the right to change its mind – so the case is far from closed.