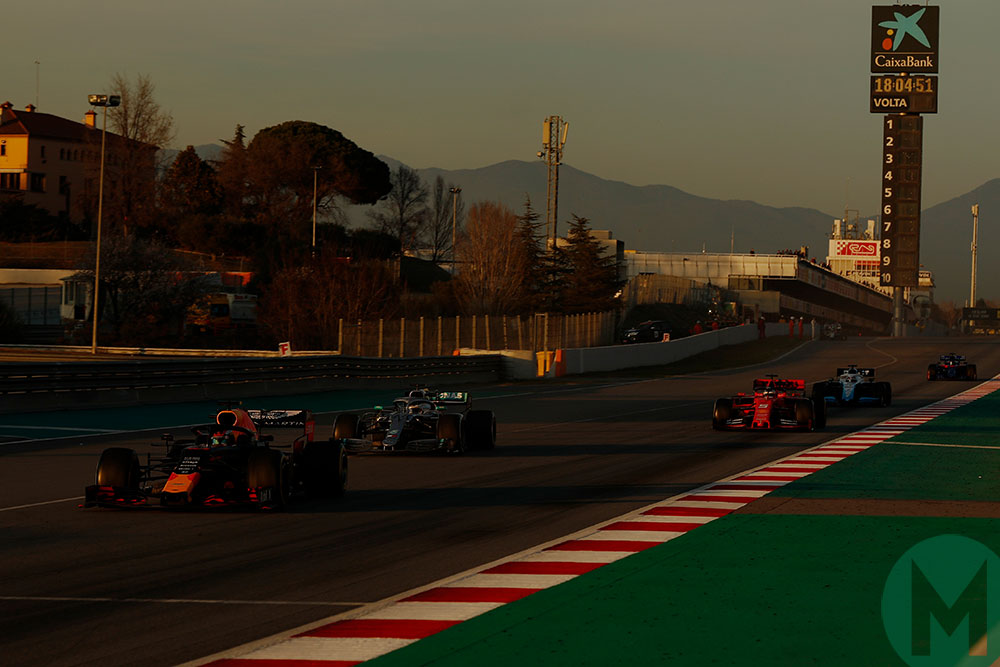 So later today preseason testing will be over and the reality of Melbourne beckons.

What we’ve seen from the two weeks of Barcelona is a Ferrari that appears viceless, poised – and very quick, a car that’s hit the track running.

The Honda-powered Red Bull looks somewhere around as competitive as last year’s Renault-powered car, while Mercedes seems to have struggled to consistently find the W10’s sweet spot and though it has proved ultimately capable of lapping within a couple of tenths of the Ferrari, it’s taken a bit of sweat to get it there.

We await to see how Honda’s qualifying modes compare with those of Ferrari and Merc, for that is going to be key to Red Bull’s prospects of sustaining a genuine title challenge

Lewis Hamilton ultimately got to within thousandths of Sebastian Vettel’s best time – but this was as the Ferrari was sidelined with an electrical issue. This – and Valtteri Bottas’s pace in the morning of the final day – suggested Mercedes had made progress in understanding the heavily updated aero package it brought for week 2, but the Ferrari pace seemed to come easier.

We can bet on Mercedes finding answers in the two available weeks – but enough to challenge the red cars? Lewis Hamilton inevitably brings a chunk of lap time in his own personal performance around Albert Park – he’s regularly been up to 0.6sec faster than his team-mate there, regardless of who that is.

With its shorter corners, it’s a place where a driver can find more than at Barcelona from taking the car by the scruff of its neck. But as things stand as of today, even Hamilton’s hustle might not be enough.

This time last year Mercedes was heading to Australia with what appeared to be marginally the quickest car. Hamilton then set a devastating pole lap from out of nowhere but subsequent races suggested that was more driver than car and that the actual advantage was negligible or non-existent. This time it would be very difficult to read the testing times in a way that suggested Ferrari wasn’t the quickest by a small but significant margin.

Charles Leclerc’s Thursday time of 1min 16.2sec on the softest tyre (C5) came on a short, light-fuel, run. This was matched by Vettel on Friday. Bottas on a C4 that Pirelli reckons to be 0.6sec slower took his Merc around in 1min 16.6sec – so potentially a faster time even than Ferrari if that tyre offset is accurate for the Merc.

More: MPH: Why Ferrari’s on top after F1 test 1

But Leclerc was giving the impression that there was time in hand (something that tallies with how the car looks on track) while Bottas was still talking of difficulties getting the balance right and historically the Mercedes tends not to find as much as others from the softest tyre. Hamilton showed this was probably still the case with his 16.2sec.

Pierre Gasly was quite frank in his Thursday assessment of Red Bull not being able to match Ferrari’s pace. Red Bull’s Max Verstappen concentrated his running on the C3 tyre, suggesting the RB15 had the potential to run in the mid-16s, as did Gasly’s Tuesday time on the hard C2 tyre. 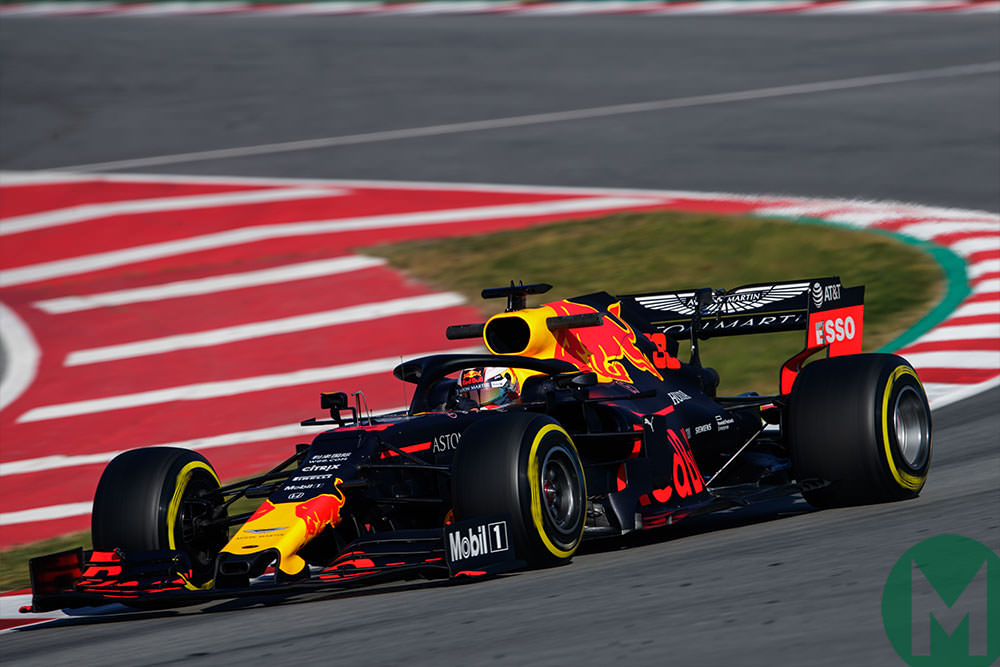 Ferrari comfortably led in the race simulations (by an average of around 0.3sec), where the Red Bull was comparably fast to the Mercedes – but again, let’s acknowledge the raw processing and brain power that will be being unleashed on the W10 between now and then.

We await to see how Honda’s qualifying modes compare with those of Ferrari and Merc, for that is going to be key to the team’s prospects of sustaining a genuine title challenge.

For all that we’ve seen several of the ‘midfield’ teams set the best headline times of the day, it was invariably done by having a softer compound of tyre fitted than the big boys. There still appears to be a significant gap between the top three and a very tightly-bunched group comprising Renault, Haas, Toro Rosso, Alfa Romeo, McLaren and Racing Point.

There really seems only around 0.5sec between the front of this group and the back (i.e. between seventh and 18th!) so the actual order will be pretty volatile and probably dependent upon who hooks it up best at the critical time.

Bringing up the rear pretty solidly (around 1.2sec off the penultimate) is Williams but initial feedback from the drivers suggests its problems are not as fundamental as those of last year’s disastrous car.

Without knowing precise fuel load comparisons, here’s our take of one-lap pace as things stood heading into the final day, based not only on the actual times but the circumstances:

And just for those who are about to pipe up with ‘you can’t tell anything from testing’, yes you’re probably right up to a point. But let’s take a look at how we called it at the end of testing this time last year – and compare to the grid we got in Melbourne.

Not spot-on, but pretty close – and we even tipped Force India to be more competitive in Melbourne than they had been in testing and that there was very little to choose between Renault, Haas and McLaren. The test times do mean something if you read them carefully.