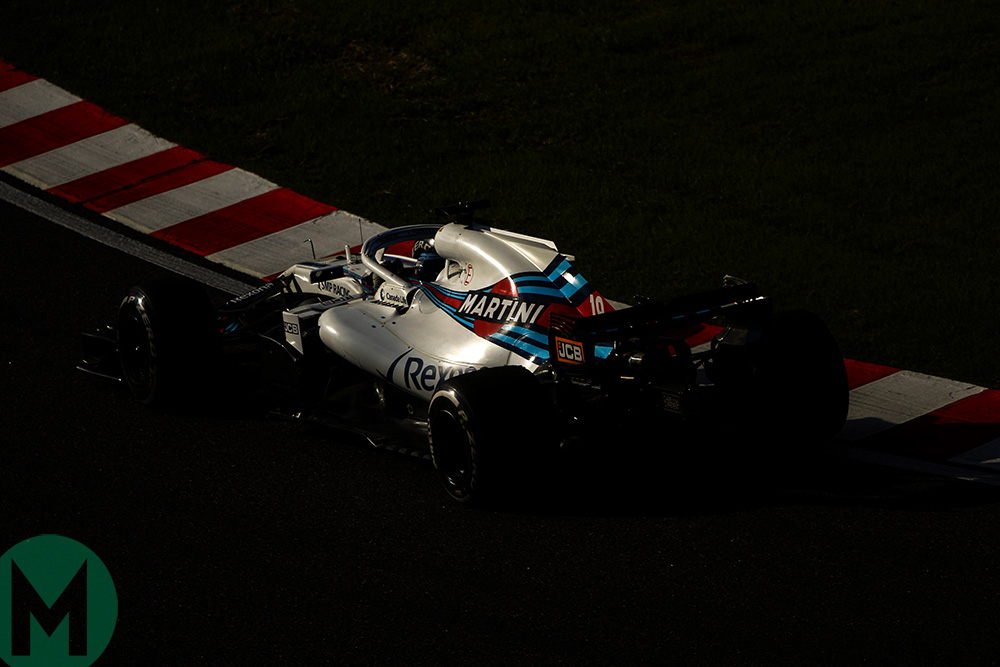 George Russell’s confirmation at Williams in a ‘multi-year agreement’ starting 2019 is a terrific feel-good story around a team that’s had precious little of it this season.

As a Mercedes junior driver and the apparent F2 champion designate (he’s comfortably clear of the only mathematical challenger, Alex Albon, with just one round to go), he’s obvious promotion material. He will have just turned 21 when the 2019 season begins in Melbourne.

The deal will undoubtedly involve a financial adjustment in the agreement between Mercedes and Williams that already exists for the supply of engines to the Grove-based team. It’s a good illustration of how the model between manufacturer and ‘independent’ team can work, in much the same way as Ferrari’s placement of Charles Leclerc – Russell’s predecessor as GP3 and F2 champion – at Sauber has been this year.

Williams is currently very buoyant about next year’s car…

But Leclerc has been able to shine at Sauber because of the increasing competitiveness of its car, which began the season at the back of the grid behind Williams; now it’s a regular Q3 presence, and in Sochi was the winner on merit of the unofficial ‘best of the rest’ category behind the big three teams.

Meanwhile, Williams has become pretty much anchored at the back with a deeply flawed racing car.

Imagine how Leclerc’s career trajectory might have gone if the Sauber had remained the off-the-pace machine it was at the start of the season. Out-performing his team-mate to be the penultimate qualifier rather than outright last might not have been enough to convince Ferrari that it had a worthy contender for a place in the main team.

That has got to be the concern for Russell now: just how successfully can Williams bounce back from the disaster of this year, thereby allowing a meaningful read on the performance of its rookie driver?

There are many limitations to this year’s FW41, but the fundamental one is that a miscalculation was made in the concept about the level of cooling necessary, and that correcting this has involved crucial compromise in the most aerodynamically-sensitive area of a current Formula 1 car – that aft of the front wheels but ahead of the floor and sidepods.

Wind tunnel correlation to the reality of track was particularly poor – and this was puzzling because simulation had previously been a Williams strength even when there were other limitations. Felipe Massa repeatedly said that the accuracy of simulation was considerably better here than at Ferrari during his time there.

So how did a strength suddenly become a glaring weakness, apparently overnight? Had anything significant been changed? Only the wind tunnel belt. Therein lay a story. It was of a new specification, supposedly more advanced in that it simulated the texture of the track surface. It seems to have been here that a major part of the problem arose. The car was configured and developed around a flawed set of readings.

On the one hand, that may sound quite encouraging in that, once identified, the problem might be relatively simply corrected. On the other, it raises questions about the quality and responsiveness of the technical department.

Williams is currently very buoyant about next year’s car; despite new front wing regulations that should, in theory, slow the 2019 cars, theirs is said already to be significantly quicker. Albeit from a very low base – and from the same team that believed the FW41 would be good…

So the team’s 2019 prospects can best be described as uncertain and, as such, so can Russell’s.

Russell is replacing Lance Stroll, so in effect confirming the latter’s switch to Force India (now part-owned by his father). The Williams seat alongside Russell is yet to be confirmed.

The arrest of the father of F2 front-runner Artem Markelov in Sochi for alleged fraud was something of a blow to Williams as it was in negotiation with him, as well as existing Russian driver Sergey Sirotkin, and might have been hoping a bidding war between them would help alleviate its financial stress.

Sirotkin is still believed to be the strongest contender for the seat, but there remains a possibility of the team’s third driver, Robert Kubica, being promoted to the race team and thereby finally making his F1 comeback proper. This would depend upon how much money Kubica can attract, not necessarily directly.

We rejoice in the recruitment of Russell as a highly promising young driver to F1, and hope that he can be part of a renaissance of this once great team.