Refuelling is back on the Formula 1 agenda, to reduce car weight as part of new 2021 regulations. But it’s not a solution to all of the sport’s problems 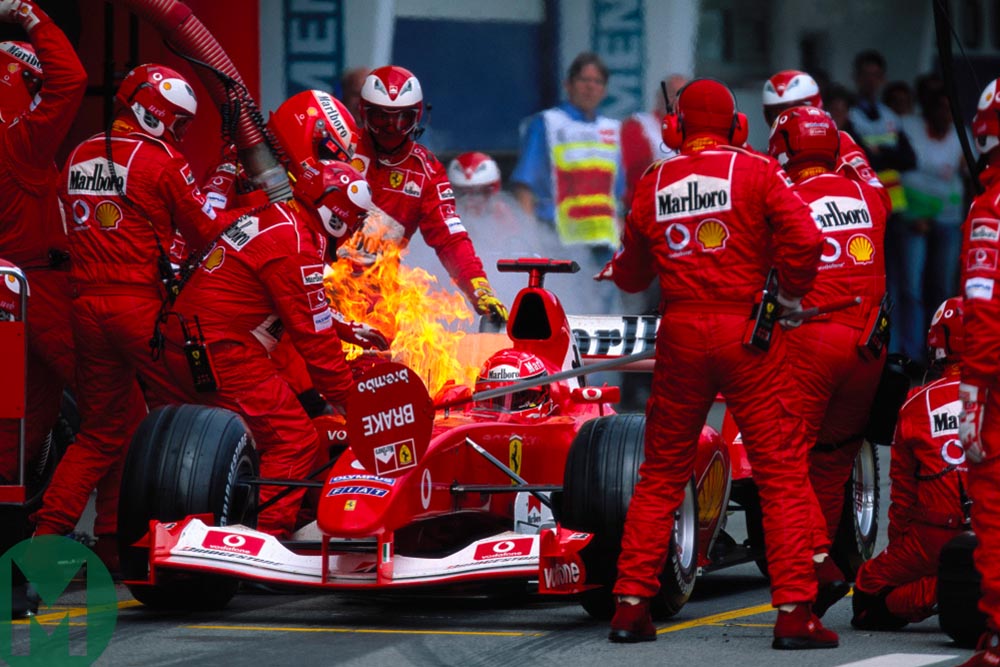 As discussion continues over the 2021 F1 regulations – the confirmation of which has already been postponed from June to October – so the possibility of a return to refuelling has come onto the radar.

This has its origins in concerns about the weight of the cars. Even the current cars struggle to get down to the combined car/driver minimum weight of 734kg, with successive increases in 2017 and ’18 for the new wider cars/tyres and the halo respectively. There’s no getting around the fact that the hybrid generation of car is inherently big and heavy, with its powerful battery, electric motors, turbines and massive cooling demands. Combining turbocharging with electrical energy, it can’t be any other way.

That weight is from the demands of performance. For 2021, there’s set to be weight added as a result of cost-saving and performance equalisation. How so? Because Liberty is proposing standard radiators, brakes and wheels so as to cut out a whole swathe of performance differentiators between the big teams and the small. But that’s going to add at least another 20kg to the already-bloated cars.

If the intention is to reduce costs, transporting a load of refuelling equipment around the world doesn’t really help.

Why is the weight and size such a problem if it’s the same for everyone? Well, aside from the fact that these are not the agile missiles of old but rather overwhelming monsters of grunt and high-speed downforce that take up a lot more track width when you run them side-by-side into a tight corner, it also places a huge strain upon the tyres. Here we have the torquiest F1 cars in the sport’s history, with the most downforce – and the most weight of recent times. Racing on control tyres that are already struggling. We have seen in the last two seasons a thick gauge tyre prone to blistering which has to be driven deliberately whole seconds off the pace at some venues or a thin-gauge version that only some of the teams can get into its working temperature window. It suggests that this current concept of Pirelli is struggling to cope with the performance of this generation of car. There’s a fundamental mismatch.

Hence the idea of refuelling. Not only would the starting weight of the car (currently around 830kg) be lower because it would be carrying less fuel, but the whole car could be smaller and lighter given that it would no longer be designed around a full distance fuel tank. With significantly less weight (and perhaps a little less downforce, as is the intention) the tyres would get an easier time and could be raced harder. That’s the thinking.

However, the last refuelling era did coincide with the lowest number of overtakes in the sport’s history. Correlation doesn’t mean causation, but it figures that this would be the case. Without as much demand to cover the differing traits of the car over different fuel loads, there will be less variation in performance between them at different phases of the race. Hence the grid order will tend just to be reinforced, with ever-greater gaps between the cars as the race goes on. There will be variation in the timing of the stops, but even that will tend to be around a tiny window of the theoretical optimum. We wouldn’t get races like that of Silverstone last Sunday where Lewis Hamilton forcing Valtteri Bottas to over-use his tyres on a high fuel load was a crucial part of it playing out as it did. 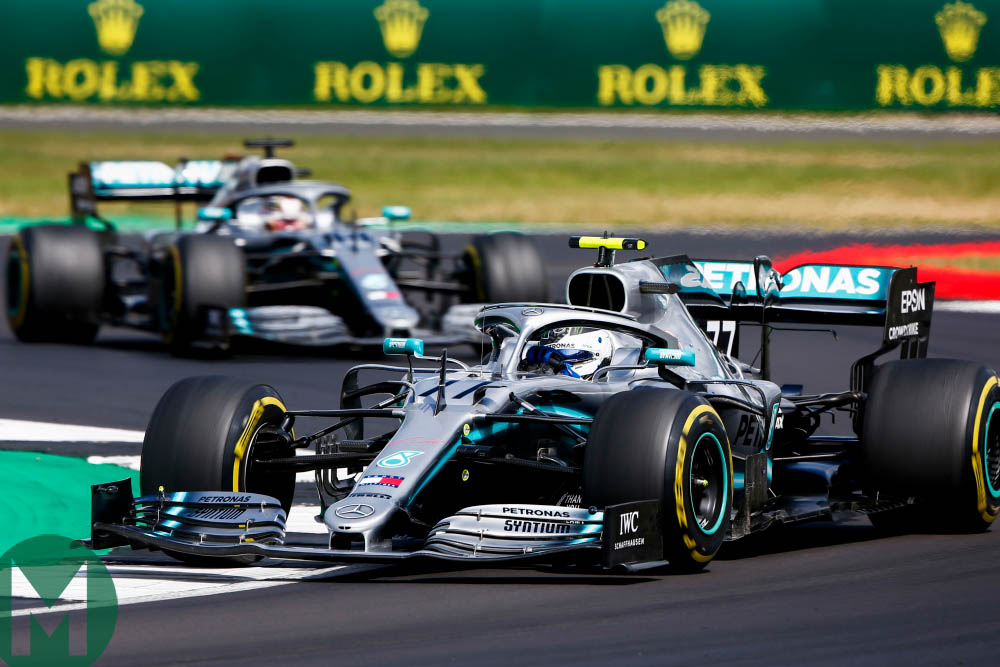 Refuelling is at best, therefore, probably solution-neutral in solving one set of problems but creating another. Besides if the intention is to reduce costs, transporting a load of refuelling equipment around the world doesn’t really help.

Which brings us back to the tyres. Is it possible that any tyre of this size is going to struggle to contain such performance and weight without compromises in how hard it can be driven or how difficult it is to operate? If so, we have the wrong format of car and F1 needs to consider getting out of the hybrid concept. If not, then we have the wrong format of tyre and F1 needs to insist on a more appropriate one.

Everything else is just messing about around the edges and not addressing the fundamentals.