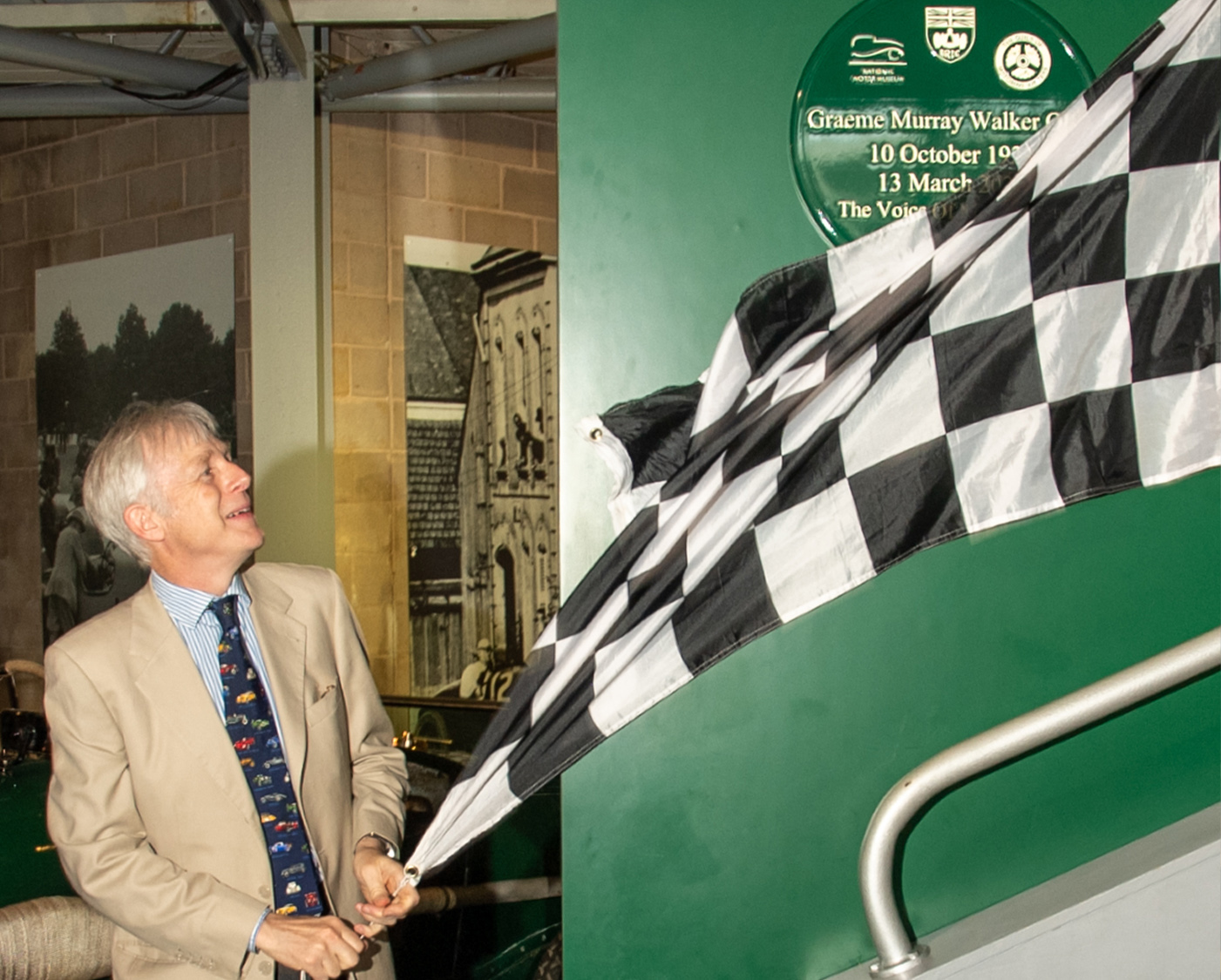 A permanent tribute to Murray Walker has been unveiled at the National Motor Museum in Beaulieu, Hampshire, remembering the legendary commentator who died in March.

The commemorative plaque pays tribute to the “voice of motor sport” and is mounted next to the museum’s motorcycle collection, which Walker and his father helped to assemble.

It was unveiled by Lord Montagu, owner of the Beaulieu Estate, at a ceremony that marked Walker’s long association with the museum.

“It was fitting that a small group gathered to pay tribute to our late friend Murray,” said Richard Morgan, from the GT Organisation which organises motoring events and proposed the ceremony.

“I wanted to make sure he was permanently commemorated at Beaulieu, a place that held a special place in his heart.”

The National Motor Museum is also hosting an evening to celebrate the life of Murray Walker in August, which will include his friends and colleagues sharing their memories of him.