Netflix has confirmed a fourth instalment of the hit show Formula 1: Drive to Survive is on its way in 2022.

The reality series, made by Box to Box Films, follows drivers and teams on their journey through the season through behind the scenes access and insight, proving massively popular since it first streamed in 2019. 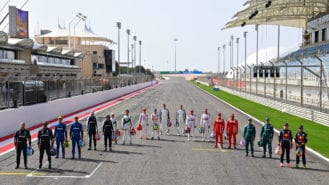 The documentary has made stars of characters such as Haas boss Guenther Steiner, put a magnifying glass on the relation between Daniel Ricciardo and former Renault team principal Cyril Abiteboul whilst also exposing the anguish Valtteri Bottas has felt on being bested by Lewis Hamilton week in, week out – showing grand prix racing in a candid light not seen before.

Some fans have complained about the contrived nature of some of the story lines the show focuses on, but its reception has been largely positive.

F1‘s owner Liberty media has made great efforts to project the championship to a wider audience since taking over, with DtS being one of the most successful examples of this.

“We understood that doing something like this that elevates new heroes in the sport has raised interest in the casual F1 fans,” F1’s global research director Matt Roberts said in a Q&A on website Reddit. “Many people come up to me at races / in the streets and say that they weren’t F1 fans, but they are now…because of the series.”

He went on to add that “our fastest growing audience has been the under 35s the past 2 years (helped by esports and Netflix)”.

Also recently confirmed to be distributed by Netflix is a new documentary film chronicling the life of Michael Schumacher, titled Schumacher, set for release on September 15.