An emotional Max Verstappen joked that he would celebrate with “one drink” after clinching the 2021 Formula 1 drivers’ championship in a dramatic final lap overtake of Lewis Hamilton.

The 24-year-old was tearful as he crossed the line to take the title and the Abu Dhabi race win before embracing his father, Jos, who had coached him from the age of four.

He said that the title win was “the final achievement” that he wanted in F1. “Everything else that comes now is a bonus,” he added.

But retirement is far from the Dutchman’s thoughts, as he poured praise on his team “I love them so much. And I really really enjoy working with them…I hope we can do this for 10-15 years together.” 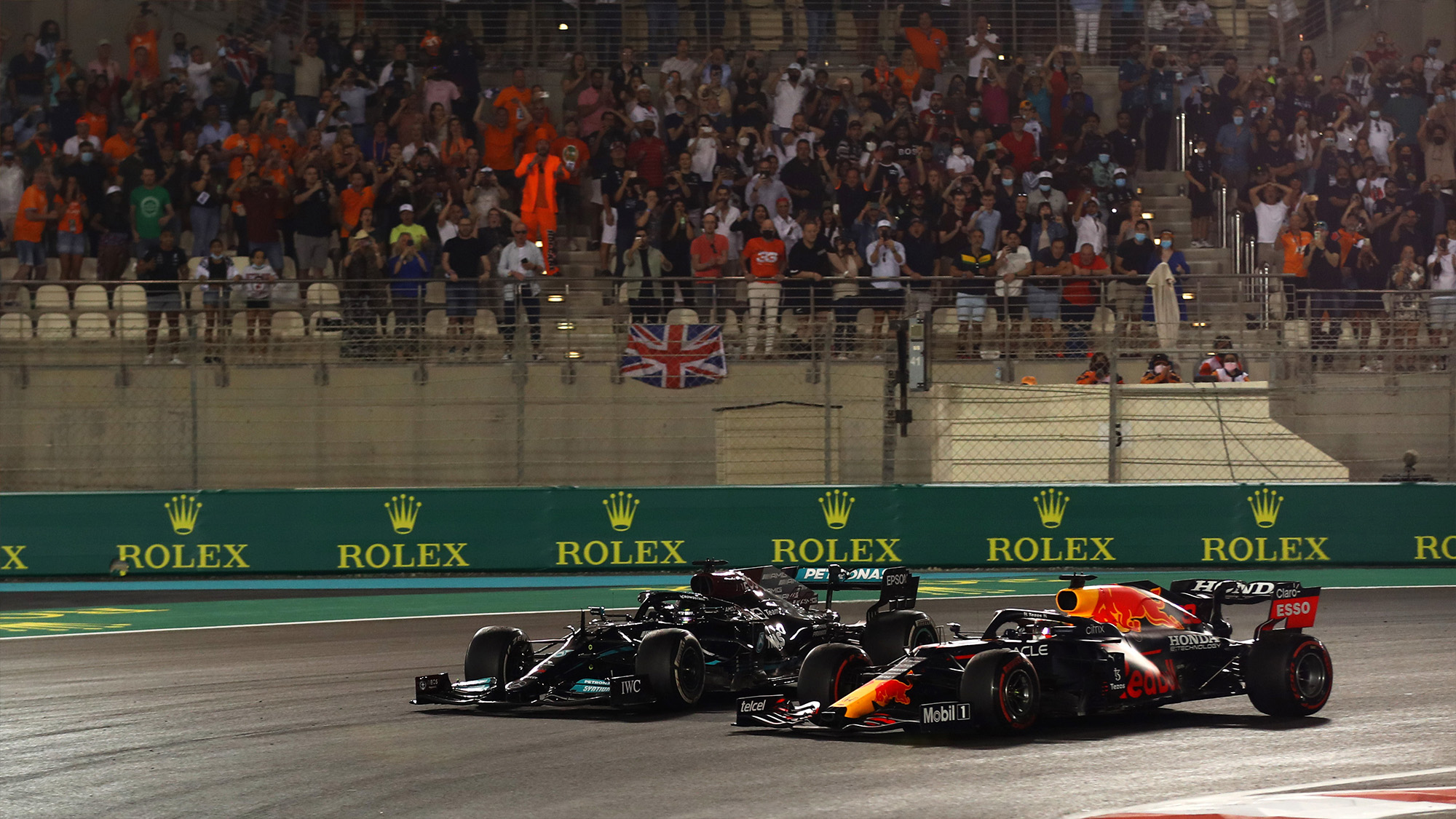 Verstappen said that he overcame cramp in his leg for the final lap to pass Hamilton and take the chequered flag.

After 22 races, most of which were spent locked in battle with Hamilton, Verstappen acknowledged the “tense” and intense fight with his rival in the post-race press conference and a Sky Sports interview before the result was protested.

“It’s been an incredible season, not only this race but incredible battles,” he said. “To be sitting here right now: that’s an unbelievable achievement…I think over the whole season, we were not the quickest team.

“Lewis is an amazing driver, an amazing competitor. They really made it really really hard for us and I think everyone loved to see it. Of course, the two teams ran against each other and we had some tough times. But I think that’s all part of the sport and it’s emotion. Everyone wants to win. 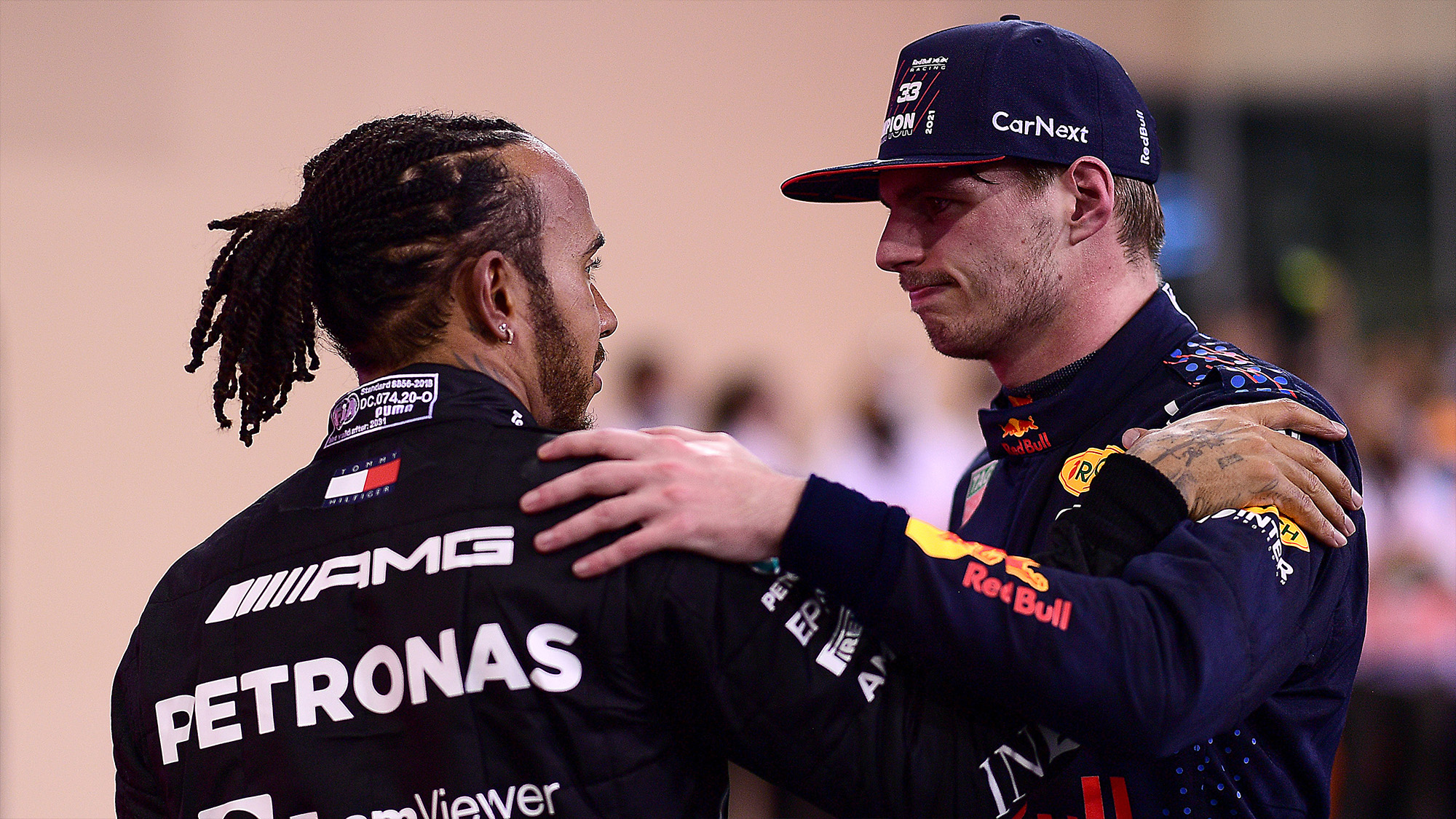 “In general the quality [this season] has been very high, set by myself and Lewis, of course, we have been pushing each other to the limit every single time.

“There’ve been quite some tough races physically because you’re just pushing flat out all the time. There is no lap to rest. And you know, throughout the whole weekend: your qualifying, the race, it was so important to always try and be perfect which is very hard in Formula 1: a little tiny lockup can make a difference between P1 and P2. And then the championship battle we had was massive. So the level of focus required was very high.

“I think we have really enjoyed it. Of course, you know, we had our moments but I think in a championship battle that’s part of it. 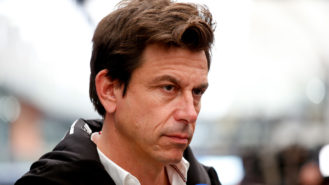 Mercedes has announced its decision to protest the result of the 2021 Abu Dhabi GP on two grounds, after its controversial ending saw Max Verstappen snatch the title from Lewis Hamilton

Verstappen also mentioned his route to Formula 1, travelling across Europe to karting races, and dreaming of being on the podium as his national anthem was played. He said that most of his family and best friends had flown to Abu Dhabi to see him crowned champion.

“I was very emotional,” he said. “In the end lap, when the visor is closed, nobody can see that…Of course, my dad was very emotional, you know, growing up, working for that goal and you have achieved that. That was just truly incredible.

For most of the Abu Dhabi Grand Prix it looked as if Hamilton would be the driver celebrating, as the Mercedes looked to have the measure of the Red Bull and Verstappen admitted that he too had his doubts, but kept pushing, which gave him the gap that allowed him to change to fresh tyres under the safety car without losing track position.

“Of course it didn’t look great,” he said. “I always say to myself I’m just gonna push until the end. I’m not gonna make it look like it’s too easy out there.” 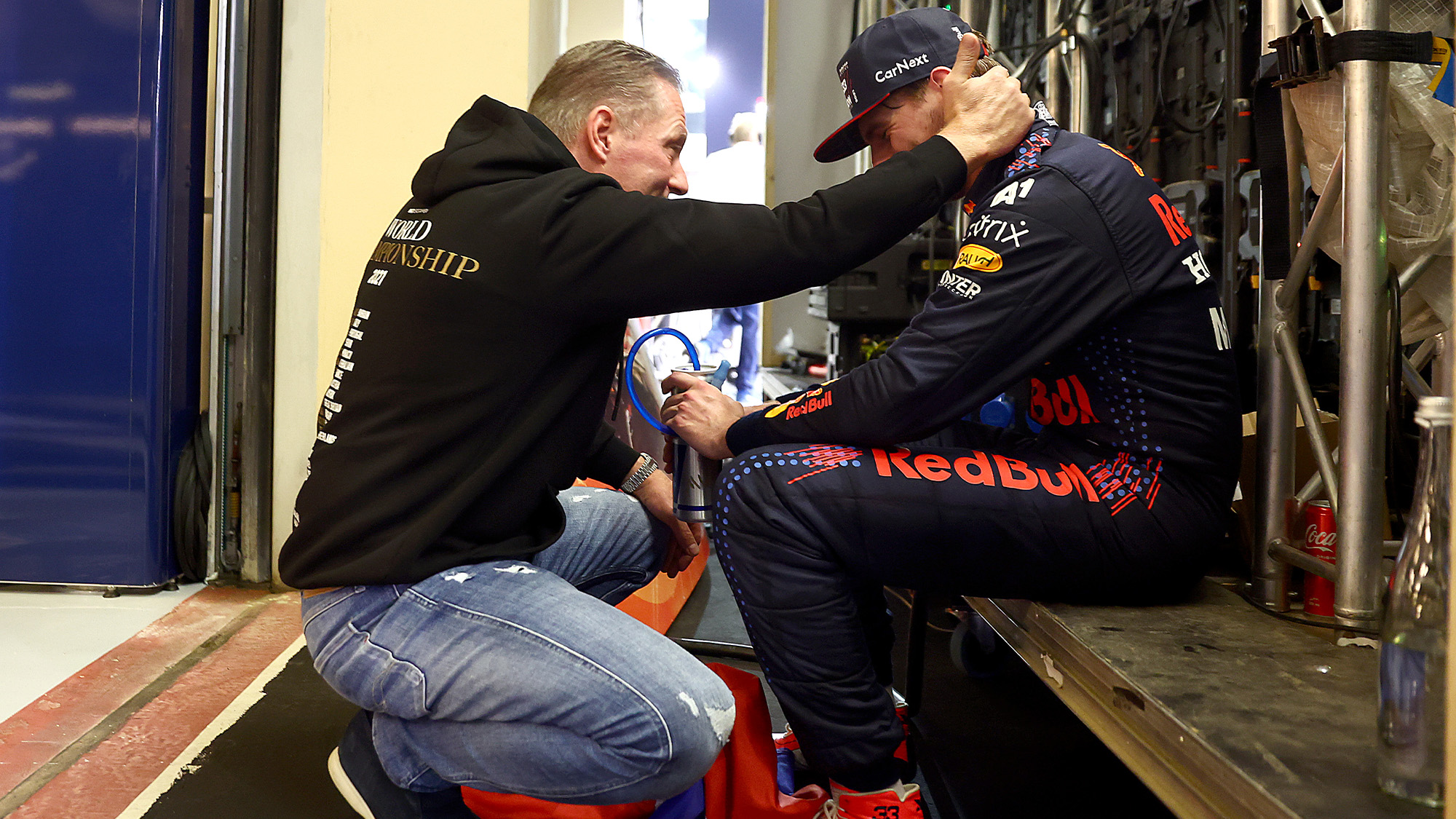 An emotional post-race moment with Max and Jos Verstappen

Verstappen went on to say that he was struggling with cramp at the end of the race: “I was always behind Lewis, going to Turn two-three and I had a massive cramp. So it’s like full throttle, but barely just having to force to push anymore. I was happy that I got to Turn five so I could breathe and relax for a few seconds and then back on it for too long straights which was very, very painful. But of course for that last lap, you just fight through it.

“It just summed up the whole season, which was completely unpredictable and crazy throughout the whole year.”