Ferrari’s is a history of fractured relationships, as Paul Fearnley recounts 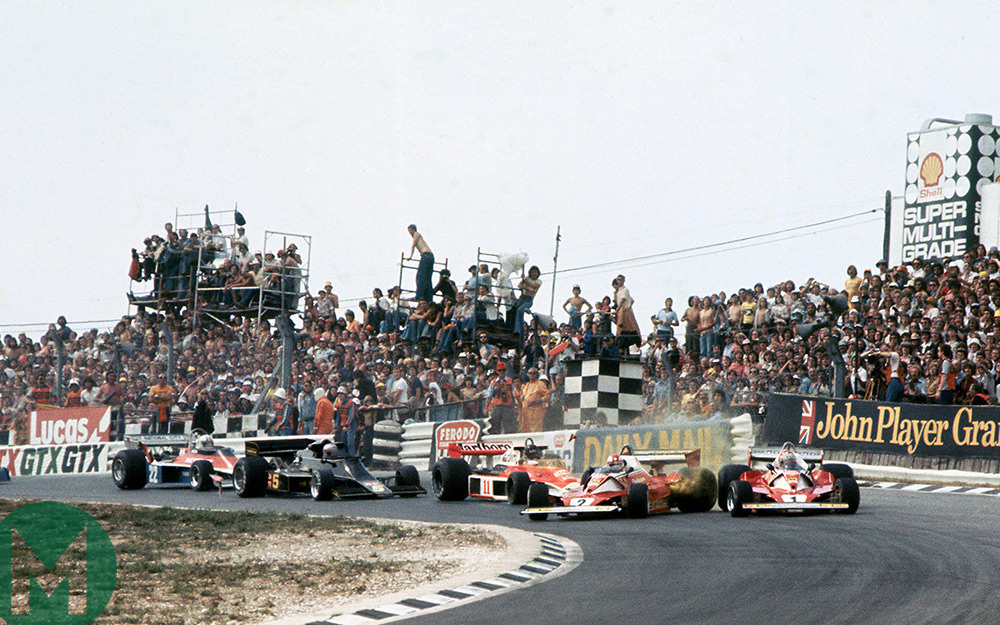 Team-mate or team-hate? It’s hard to know what Kimi Raïkkönen is thinking behind those one-way shades and monosyllables.

He was cheesed off, no doubt, after finishing second to Sebastian Vettel at Monaco – but their crash at Singapore, which set the internet aflame, he poured cold water on: “It’s a shame, but that’s it.”

It’s hard to know what Enzo Ferrari, behind those sunglasses and outbursts, would have thought of Kimi: stories of ribald parties would have amused him whereas the subtleties of Finnish sisu would have bemused him.

At least you knew where you stood – or lay dazed if you were his team manager – with Jean Behra. A Nice man with a nasty temper and frustrated at being upstaged in 1959 by the down-home brilliance of Tony Brooks, whose insouciance bordered on innocence, he lashed out at poor old Romolo Tavoni.

And was sacked for his troubles.

Though Enzo was a self-confessed “agitator of men” – unsettled drivers were, in his warped view, fast drivers – he drew the line when his cars were criticised and/or wilfully damaged. Behra was reckoned to have committed both sins.

Forthright John Surtees didn’t deck meddlesome team manager Eugenio Dragoni – though he must have come close during their Le Mans snafu of 1966 – but he misread the bigger picture and was disappointed when he turned to Enzo only to discover that his support had swerved.

Even since Enzo’s death the Scuderia has taken exception to the criticisms of none other than Alain Prost and Fernando Alonso: the former was sacked and the latter hung out to dry.

Poor old Marco Mattiacci lasted less than that – and it’s not hard to know, despite the blackout and the whitewashes, what the man who replaced him is thinking: brooding Maurizio Arrivabene looks likely to throw the first punch.

Upheavals at Scuderia Ferrari are not new: Tazio Nuvolari’s James Brown-like comings and goings, pre-WWII; Italian stallions Eugenio Castellotti and Luigi Musso risking life and limb on unsuitable tyres at Monza, 1956; fated Musso’s increasing isolation from the Mon Ami, Mate-ness of Mike Hawthorn and Peter Collins, 1957-’58; Chris Amon’s discovery in 1968 that new signing Jacky Ickx’s deal was substantially better than his own; Niki Lauda’s 1977 barbed summation that he neither considered Carlos Reutemann to be a team-mate nor a rival; the tragedy triggered by Didier Pironi’s cloak-and-dagger act at Imola, 1982; and Nigel Mansell’s glove-throwing petulance, his paranoia fuelled by politico Prost, of 1990. 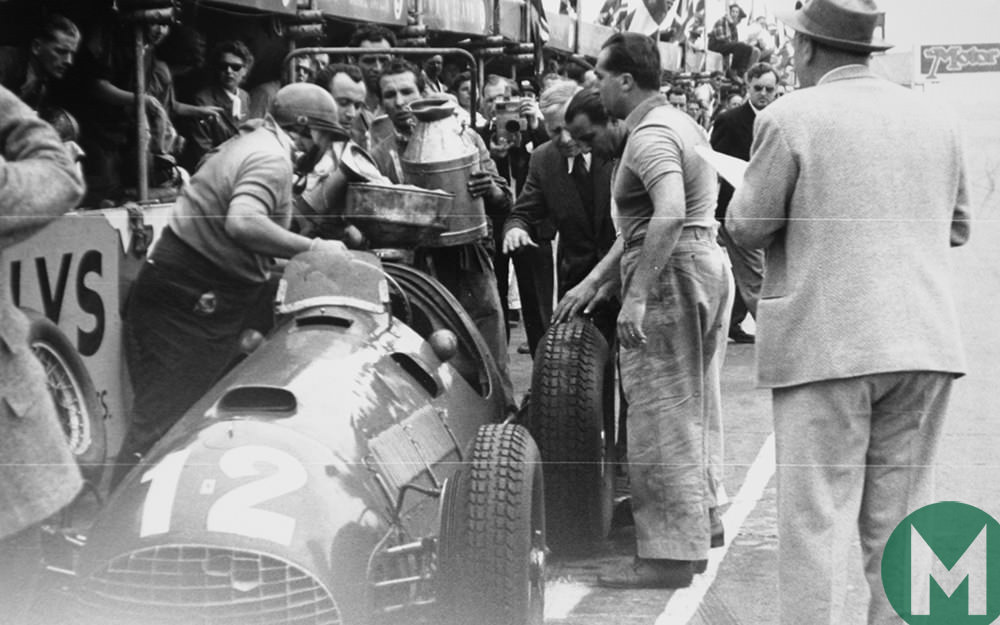 But it’s not all been me-me-me!

Team leader Alberto Ascari could have commandeered Froilán González’s car at Silverstone in 1951 and therefore ‘shared’ the marque’s maiden world championship Grand Prix victory but he stood aside instead. Collins stepped from his to allow an increasingly paranoid Juan Manuel Fangio – his was not a happy time at Ferrari – to tie up the 1956 title at Monza; the mutual respect between Surtees and Lorenzo Bandini did not buckle under Dragoni’s heavy-handedness; Gilles Villeneuve could have given Jody Scheckter a hard time at Monza in 1979 but stood by his word instead; and Rubens Barrichello’s roundedness was a crucial cog in Michael Schumacher’s ‘Big Red Machine’.

And in all of the above there have been remarkably few Ferrari pile-ups.

Wolfgang von Trips’ nerfing of Brooks on the opening lap of the Sebring decider of 1959 hardly counts – although it had serious consequences when the latter, being true to himself, pitted to have his car’s integrity checked.

Nor does Vettel’s collision with Räikkönen on the opening lap of the 2016 Chinese GP, Seb swerving wide to accommodate a bold lunge by Red Bull’s Daniil Kvyat. That the Ferraris salvaged second and fifth ameliorated this situation.

No, until last weekend, it was the following pair of ‘out-of-control bad boys’ that caused Ferrari the most agg.

“For me he was the ideal team partner…” wrote Niki Lauda in To Hell and Back in 1985. “Off duty I always got on incredibly well with [Clay] Regazzoni.

“We led a pretty hectic life. To the Italian public he was the original macho man… and I must say that it was anything but dull being in his company. I have never since had a team-mate whom I hung around with so much after hours.

“He was honest and direct. You could tell what was going through his mind by the expression on his face. When something didn’t suit him, he let you know at once.”

Although Lauda and Regazzoni provided from 1974-’76 a blueprint for the Big Red Machine, twice they tangled embarrassingly at a first corner.

At Barcelona’s Montjuïc Park in 1975 they were ‘helped’ by Vittorio Brambilla and Mario Andretti as the field crested a rise and funnelled into a downhill, curving and cambered braking area. Lauda, who had started from pole, retired on the spot, while a repaired Regazzoni continued but was unclassified when the race was halted prematurely.

None of this mattered, of course, in the aftermath of Rolf Stommelen’s crash that killed five onlookers. That Lauda, instrumental in getting the race stopped, then went on a run of four wins and one second place, which all but confirmed his world title, went a long way to inuring him to any intra-team tensions, too.

By the middle of 1976 his position as number one – and a successful defence of his title – seemed assured. And Regazzoni, his BRM team-mate of 1973, and the man who had recommended him to Ferrari – some reports state that it was Lauda whom the Scuderia approached first – was feeling somewhat put-out.

Lauda, always astute, had known that this had been coming since 1974: “To be honest, though, I have to admit that he [Regazzoni] was a little in the shadow of the Lauda/[team manager Luca] Montezemolo pairing.”

Keen to make the most of a rocket start from the second row, Regazzoni’s dive down the inside of pole-man Lauda at Brands Hatch’s Paddock Hill Bend was that of a competitive man with more to prove than to lose. Their collision, however, was the first in a convoluted chain of events.

Although Lauda’s eventual victory – won in the courts months after being beaten on the track by James Hunt’s McLaren – ameliorated a situation already put into context by that fiery crash at the Nürburgring, Regazzoni had written his Ferrari death warrant before Lauda was given the last rites.

Lauda, rapidly falling out of love with Ferrari, argued that ‘Regga’ should be retained for 1977 – mainly for the same reason that Vettel is keen to ‘work’ with Räikkönen – but Ferrari replaced him with the hard-to-read Reutemann.

Okay, after another season at least.

But as soon as Lauda had clinched the 1977 championship, he walked.