Motor sport has lost one of its most distinguished, yet unassuming, characters with the death of Ron Tauranac, aged 95.

Born in Britain, Tauranac emigrated to Australia with his family as a young boy. With brother Austin, he competed successfully in local hillclimbs during the 1950s and their self-built specials were christened ‘Ralt’ – a name concocted from a selection of their initials. It was during this period that Tauranac first encountered Jack Brabham and the two would go on to forge an enduring bond.

The pair remained in touch after Brabham came to race in Europe and, after the latter decided to strike out on his own in the wake of a successful period – and two world titles – with Cooper, they went into business, co-founding Motor Racing Developments to build production racing cars under the Brabham name. In The Jack Brabham Story, written by regular Motor Sport contributor Doug Nye, Brabham said: “Ron’s design and manufacturing capabilities were always central to my ideas of independence. As 1959 world champion, my new garage business in Chessington had got off to a good start and during that winter I was able to offer Ron a job in Britain. He was the only bloke with whom I’d have gone into partnership. He was conscientious to a fault and peerlessly straight.” 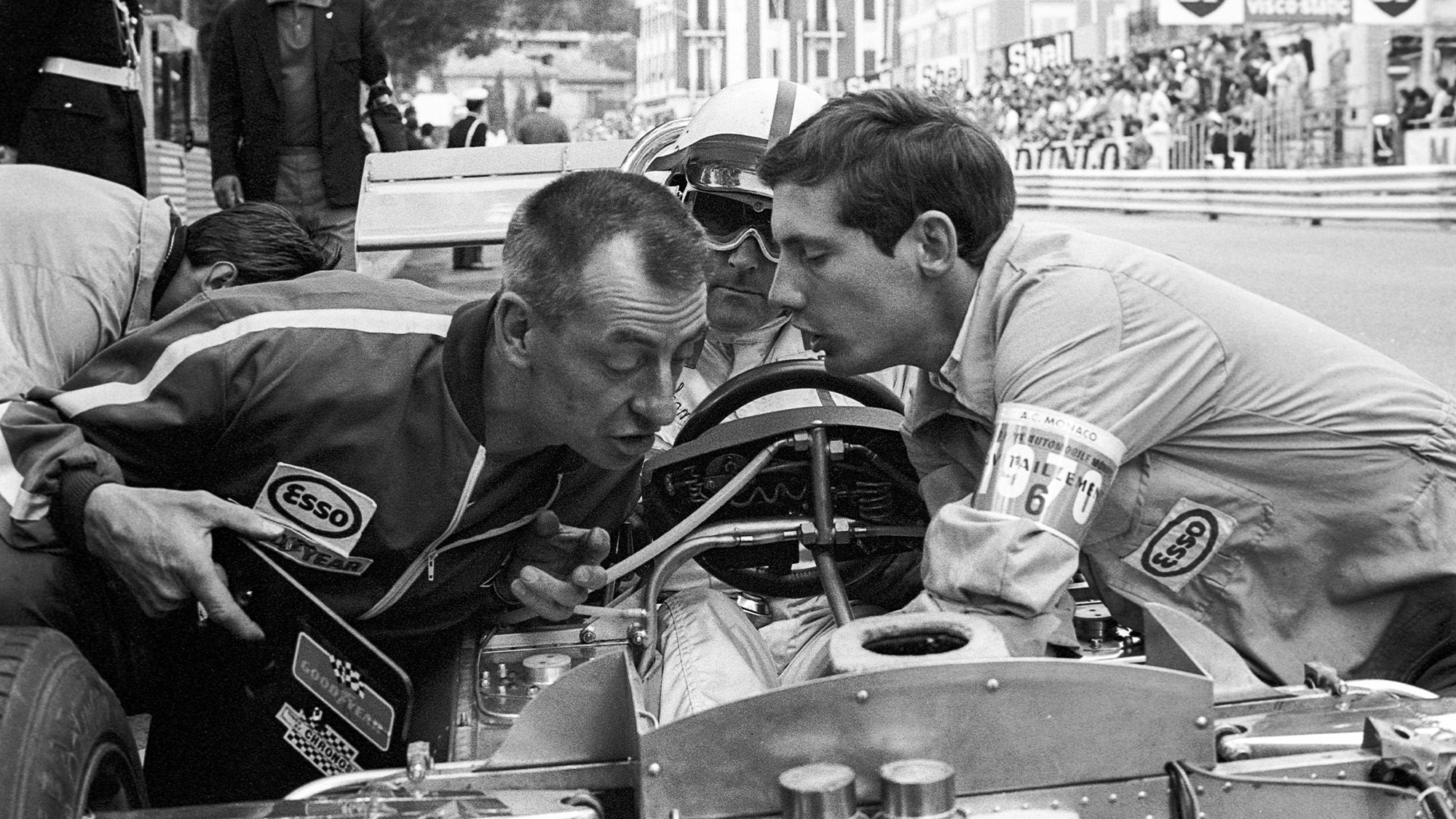 Tauranac and chief mechanic Ron Dennis in action, as Jack Brabham listens in at the 1970 Monaco Grand Prix

The company was successful in many categories and in 1966 Brabham became the first – and only – driver to win the world championship in a chassis bearing his own name, using Tauranac’s BT19 and BT20. The following year, team-mate Denny Hulme secured the team’s second straight title, racing a Brabham BT20 until the newer BT24 came on stream.

Tauranac took sole control of the team in 1971, after Brabham retired from driving, but sold out soon afterwards to Bernie Ecclestone. “I gave it away, really,” he said to Motor Sport in 1994. “After that, I was at home for a year. It was a big contrast from never being at home to being there full-time and my wife, who had always wanted me to be there, soon realised it was not such a good idea. She suggested I should go out and buy a workshop. I did and Ralt was born again.” 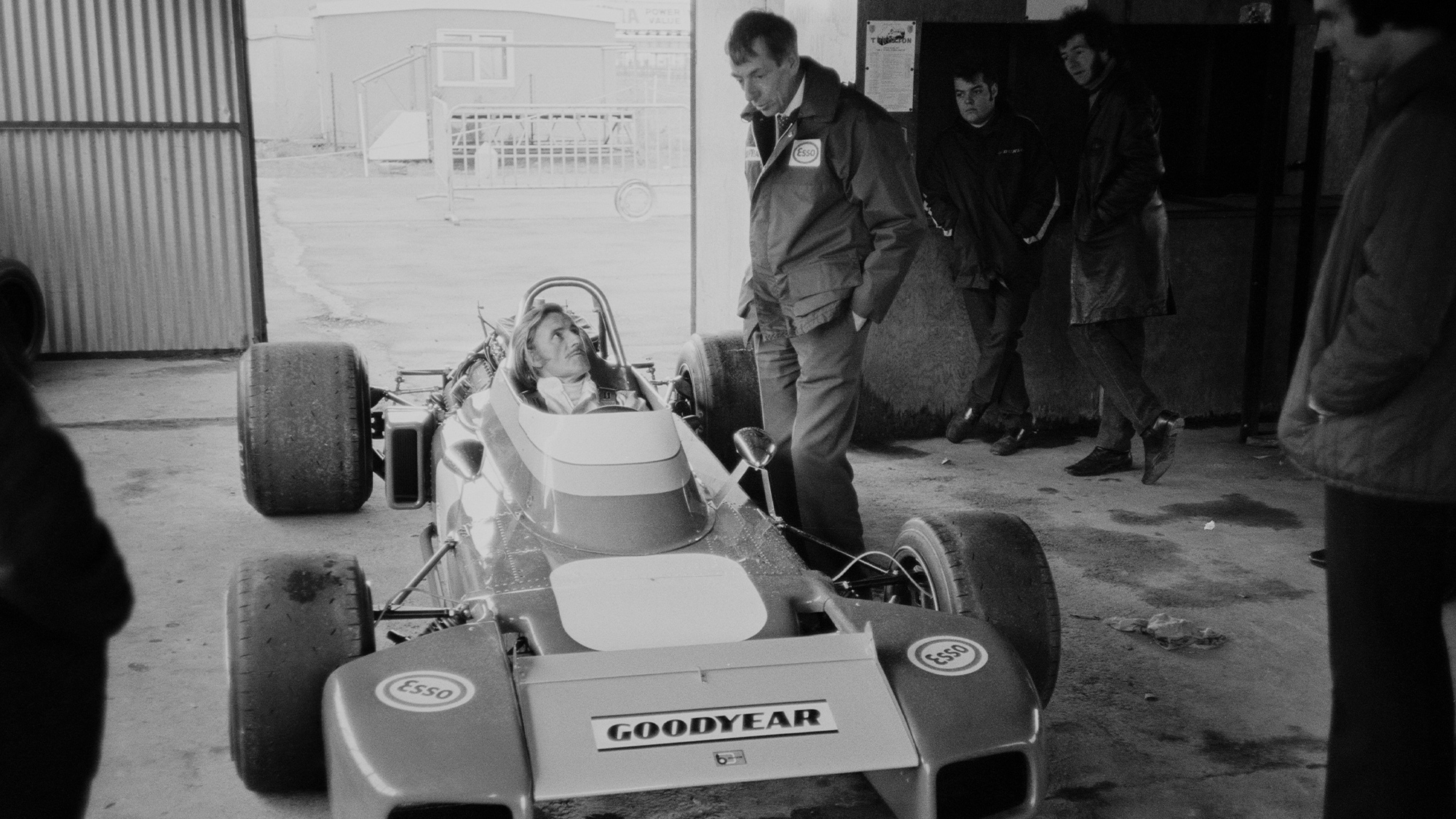 Graham Hill in discussion with Tauranac, as he assesses the Brabham BT34 in 1971

Ralt subsequently became one of the most successful of all volume racing car manufacturers, winning championship titles around the world in a number of disciplines. Larry Perkins scored the marque’s first major international success, in the 1975 Monza Lottery F3 race, while in Britain Nelson Piquet and Derek Warwick won the BP and Vandervell F3 titles respectively in 1978, Ralt’s first of many such successes in the UK. 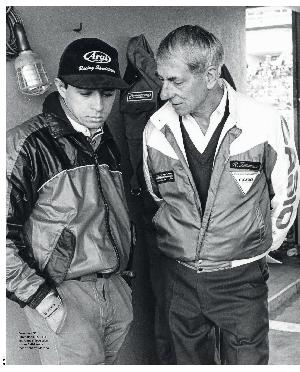 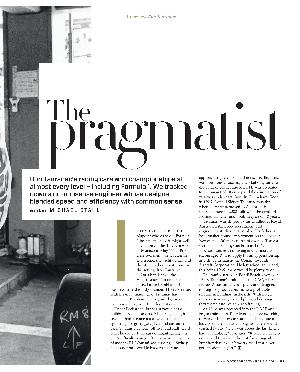 If it were possible to pinpoint where the old Formula 1 became the new, it might well have been on the deck of a yacht at Monaco in May 1971.…

Competition intensified during the mid-1980s, when Reynard entered the domestic F3 market, but Ralt remained competitive and its last two British F3 champions were Mika Häkkinen and Rubens Barrichello, in 1990 and 1991. Ralt also enjoyed great success with Honda in F2, European titles in 1981, 1983 and 1984 redolent of the success Brabham-Hondas had enjoyed in the same category during the 1960s. “Ralt was so much more successful than Brabham as a company,” Tauranac said to Motor Sport in 2014, “but we didn’t do F1 and so didn’t get the publicity.”

Tauranac sold a controlling interest in the business to rival manufacturer March late in 1988, but stayed on as a technical consultant for a few years before settling into a freelance role. He returned to Australia in 2002, following the death of his wife Norma, and continued to work thereafter. He died in his sleep on July 17 and his family issued a statement that read, “Active, healthy, and independent until the end, he constantly felt the need to achieve something and always had the next goal in mind.”