For the past couple of weeks it has been clear that Michael Schumacher really is coming back. The announcement this morning that he will partner Nico Rosberg at the newly branded Mercedes-Benz team has thus lost any shock factor. But that doesn’t stop this being incredible news – particularly as it’s a full-commitment, in it for the long haul three-year deal. 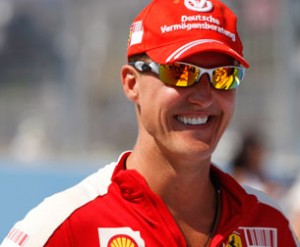 At the age of 41, the seven-time World Champion still had a Formula 1 itch that just needed to be scratched. Even before the Ferrari comeback that never happened last summer, it was clear Schumacher was bored with life post-F1. He searched for a new challenge, racing motorcycles, but that just left him with a neck injury that thwarted his opportunity to sub for Felipe Massa. It was never going to be enough, unless he could have graduated to the top of the two-wheeled sport, which was always going to be too much to ask, even of him. 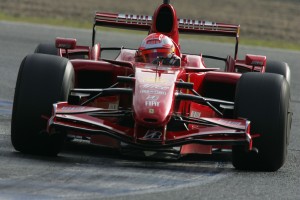 For someone of his stature in the sport, Schumacher is a simple creature. You get the feeling that if he hadn’t been a racing driver he would probably have grown up to be a mechanic, perhaps eventually running a car dealership or garage in rural Germany, not moving far from his home town of Kerpen. He is not an intellectual and has never pretended to be. He is what he is: the fastest, most complete racing driver of his generation. 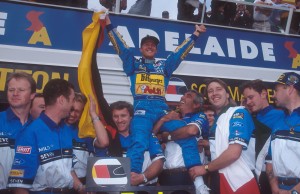 But will he be the best of this generation? Schumacher left F1 seemingly for good at the end of 2006, having already lost a straight fight with Fernando Alonso. Now he will face Alonso and Massa in Ferraris, Lewis Hamilton and Jenson Button in McLarens, Sebastian Vettel and Mark Webber in Red Bulls, not to mention Robert Kubica in a Renault that may or may not be competitive. Since he’s been gone, these guys have been doing the winning. They are setting the benchmark now.

We’re rubbing our hands at the prospects for 2010. Hamilton vs Schumacher was a battle we thought would remain one of those ‘what might have beens’. Now, it’s on! Will Michael be the same as he was? Can a driver in his forties compete with guys 15-odd years younger in peak condition? He has the desire, but will his body be up to it? And will his old friend Ross Brawn give him the car to claim an eighth title?

Let us know what you think.