Max Verstappen was not thrilled with his first F1 pole position hat-trick – he’s a perfectionist – but he’ll take it. More importantly, in his quest to cement his championship lead, he has a superb Lando Norris and team-mate Sergio Perez between him and the Mercedes challenge after a tremendous qualifying hour for the Austrian GP.

Verstappen apart, you could build a case for Lando Norris being the stand-out performer in the first half of the 2021 season. Up until the final Turns Nine-10, the McLaren was actually up on the Red Bull and it was only a bit of understeer in the final turn that prevented Norris from taking a stunning pole. Max’s margin was just 0.04sec.

Verstappen went a bit too deep into Turn Three and also got a touch of wheelspin out of Turn Four, but so strong is Red Bull at the moment that it was insufficient to cost him pole. What Verstappen wasn’t thrilled about was going out first on the final run, and assisting Norris with a distant tow.

“We need to talk about that later,” he said. “I’m happy with P1 obviously, but not the way we got it.” 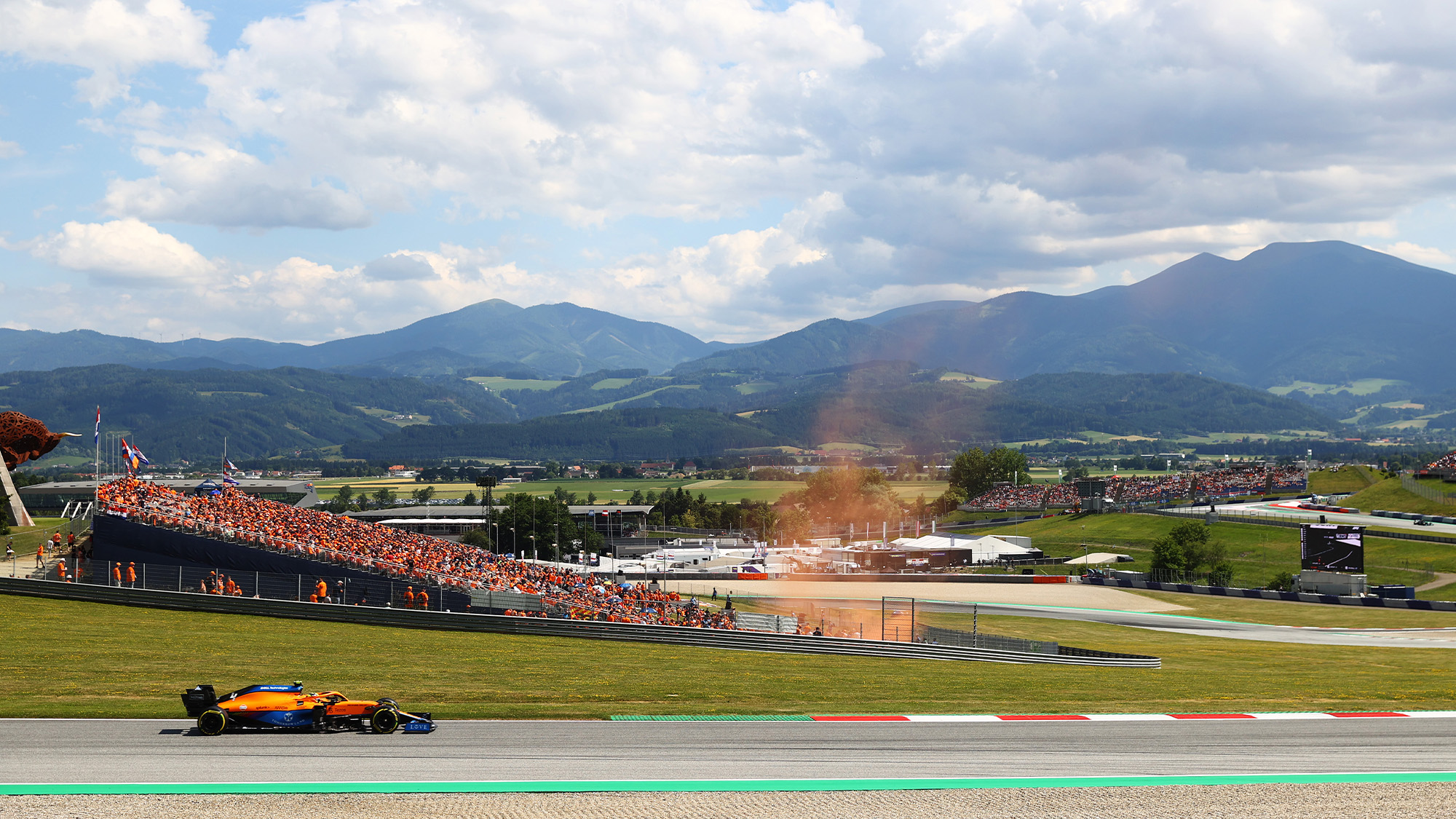 Norris, meanwhile, was ecstatic: “I feel epic! I wanted to make one step from last weekend (when he started fourth) but I made two. It’s one of the best laps I’ve done. I’m a bit gutted I didn’t get pole but I’ve got to be happy with P2.”

And he finished with a bit of humour. “It’s also great to see all those people out there in orange, supporting McLaren.” It was indeed the first time this year that F1 had a capacity crowd, and what a difference to the atmosphere. But, of course, the orange throng he referred to was the travelling Max Verstappen army…

With Pirelli providing tyres from the softest end of its range for the second Red Bull Ring race — a step softer than last weekend — that means a subtle shift in the challenge facing teams. With track temperature back over 50 degrees, there was a chance of the soft running out of grip by the end of a hot lap. And, if you weren’t quick enough to use the medium in Q2 and had to take the soft, it was certainly not the starting tyre of choice, potentially tipping race strategy over to a two-stopper rather than the favoured medium-hard one-stop run.

The first five on tomorrow’s grid will all start on the medium, making the efforts of Norris and Perez all the more admirable. Sergio has struggled with clearing Q2 on the yellow-walled tyre thus far, but did his team proud with a medium compound lap just 0.27sec down on Verstappen against an average season deficit of 0.45sec. Crucially, it was good enough to beat Hamilton’s Mercedes by two-hundredths and Bottas by five-hundredths.

That gives Mercedes a potential headache tomorrow afternoon. Forgetting Verstappen, it means that unless they have a great opening lap, the Merc men are going to be faced with passing both Perez, who is likely to have as much race pace as them, and a Norris McLaren with impressive straightline speed.

“Tomorrow is going to be even more of a challenge than last week,” Hamilton admitted. “We’re just lacking underlying pace and McLaren was super-quick today. We’ve got two cars to get by and then Max has three-tenths on us, so I’d say a win is looking out of the question.”

Last week, Bottas started fifth with a three-place penalty and so was probably a little surprised to be starting there again, without one. “McLaren has definitely found something,” he said, “and I’m not sure if that’s down to the C5 compound, but we seem to have gone a bit backwards.” It’s not the first time that Mercedes hasn’t managed to get as much out of Pirelli’s softest compound than some of its opposition.

Just 0.06sec behind Bottas was Pierre Gasly’s AlphaTauri, the Frenchman qualifying top six for the fifth consecutive race, with team-mate Yuki Tsunoda achieving his best F1 qualifying position with seventh, just 0.17sec adrift. However, like the Aston Martins, which qualified eighth (Sebastian Vettel) and 10th (Lance Stroll), both AlphaTauris will start the race on the red-walled soft Pirelli, which could compromise race prospects in such a tight midfield scrap.

The Ferraris are likely to be able to take advantage of that despite neither Maranello machine making Q3 for the first time this year. Carlos Sainz was bumped out of Q3 by the tightest of margins – 0.006sec – after a mighty effort from George Russell, who got a Williams into Q3 for the first time. It was the first time the team has achieved such a feat since Stroll started the 2018 Italian GP 10th. But more than that, Russell did it on the medium tyre! Deserving of points last weekend, it means that there is every reason to suspect he can put the team on the championship scoreboard tomorrow.

Had Carlos Sainz and Charles Leclerc — who lines up 12th, 0.05sec slower than his team-mate — made it into Q3 they could likely have challenged for the third row. They could have used the soft in Q2 to do so but the priority was starting on the medium tyre. Given Leclerc’s performance last weekend and Friday long-run pace this time, they are likely to finish much higher than they start. 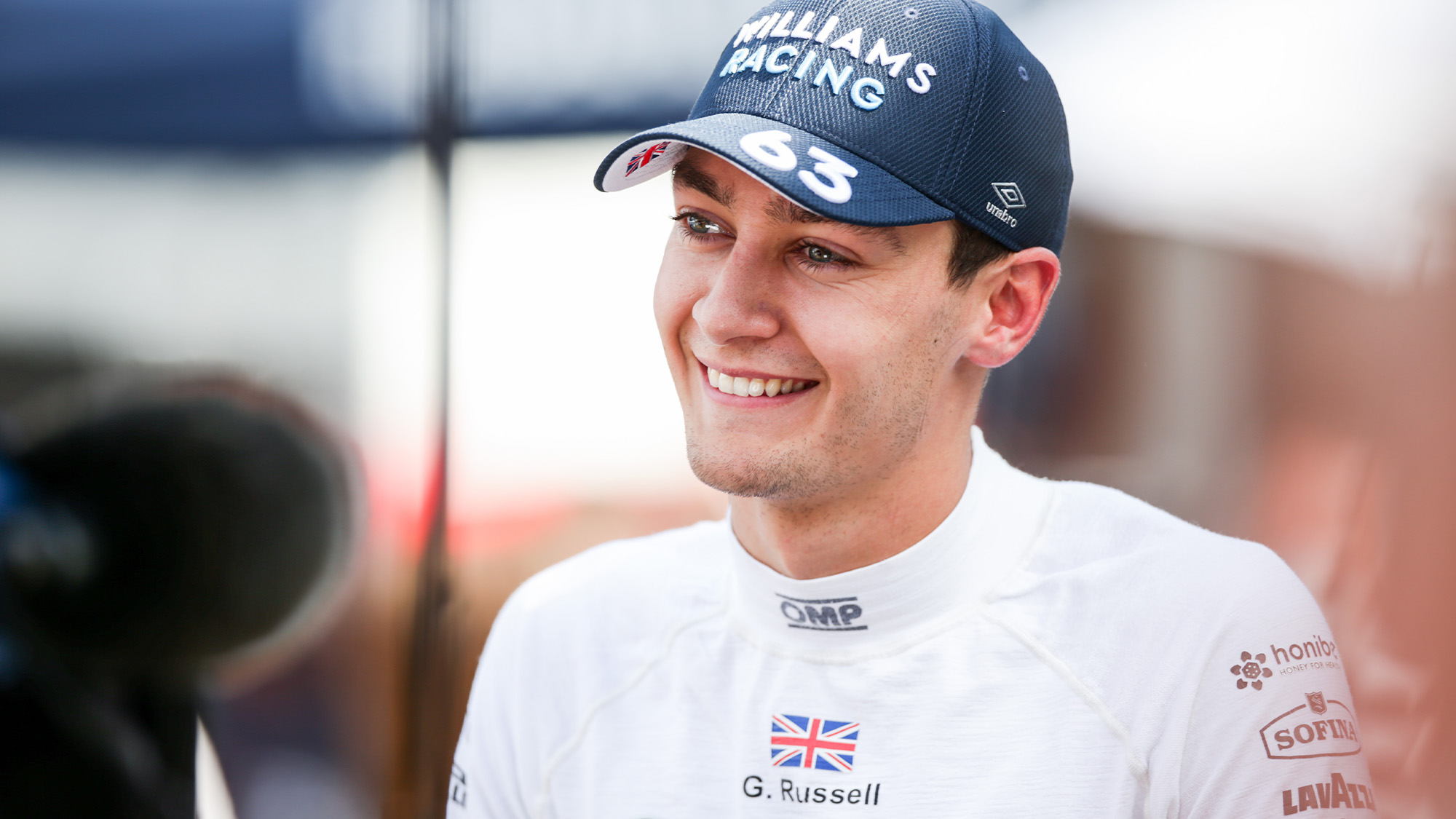 On his 34th birthday, Vettel moved 5-4 ahead in his personal qualifying head-to-head versus team-mate Stroll, but the margin separating them is the closest across the entire grid, just 0.07sec. And he certainly won’t be receiving a birthday cake from Fernando Alonso, unless it’s firmly planted in his face! Alonso and the Alpine looked hooked up right from first thing Friday morning and Fernando thought he was on for P5/P6 before he encountered Vettel’s slow-moving Aston between T9-10 on his final flier in Q2, which added up to 14th for the furious Spaniard…

“What the ****! I don’t believe it!!” Alonso yelled on the radio. Post-session he’d calmed down a little. But not much. “Whatever penalty they give for these things, it’s never enough…” 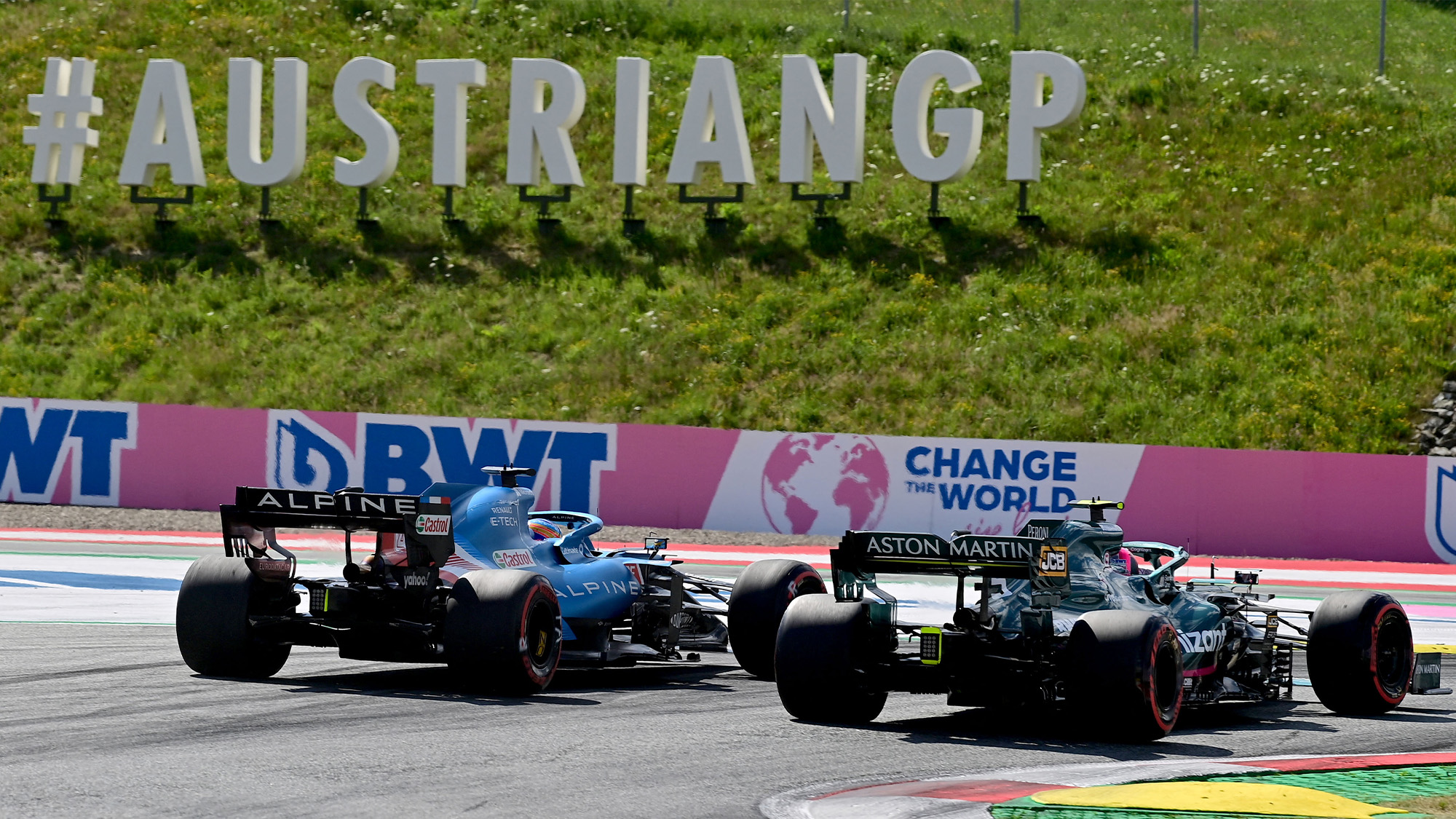 If Alonso wasn’t happy, neither was Esteban Ocon, who went out in Q1 for the second successive Red Bull Ring weekend. The other Q1 drop-outs were as last weekend: Raikkonen, Latifi and the two Haas cars.

After one of the season’s most intriguing qualifying sessions, there is a lot to look forward to tomorrow, even if Verstappen is in the pound seats and looking strong for a fourth 2021 victory and the fifth in a row for Red Bull. In the Styrian mountains, of course, the elements can always intervene. At the time of writing there is still a chance of a light shower but the rain threat is receding. Max is favourite, but what can Norris and Russell achieve?