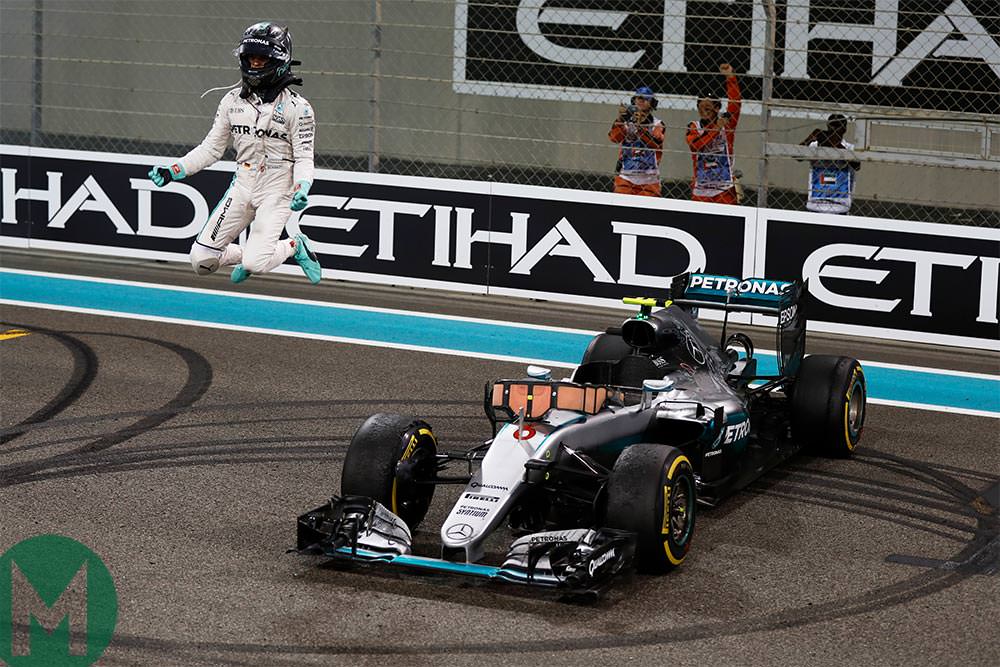 When Nico Rosberg retired unexpectedly after winning the 2016 world title there was much fevered speculation about what he would do next. I remember talking to Sir Jackie Stewart, who also retired without defending his world title, who said that the world was Nico’s oyster. He could do literally anything he wanted. Rosberg himself played his cards close to his chest but hinted that he was thinking beyond the usual career trajectory of many retired drivers. “There is more to life than driving around in circles,” he told an audience at the World Economic Forum in Davos in 2017. “One of the avenues that I want to go down is to give something back. Find something that really touches my heart, so I’m going to go exploring different avenues. I’m going to go to Germany and visit children who are really quite ill, especially of the age of children who are really happy to see me and give them a great time. Renewable energy could be quite interesting, there are so many things and opportunities – electric cars for example, I had a Tesla as a taxi the other day in Switzerland so it’s quite impressive we have come that far.” So it’s great to hear that Rosberg will be on our screen as a commentator for Sky ahead of the new season, but a part of me also hopes that that is not the extent of his post-racing ambition. 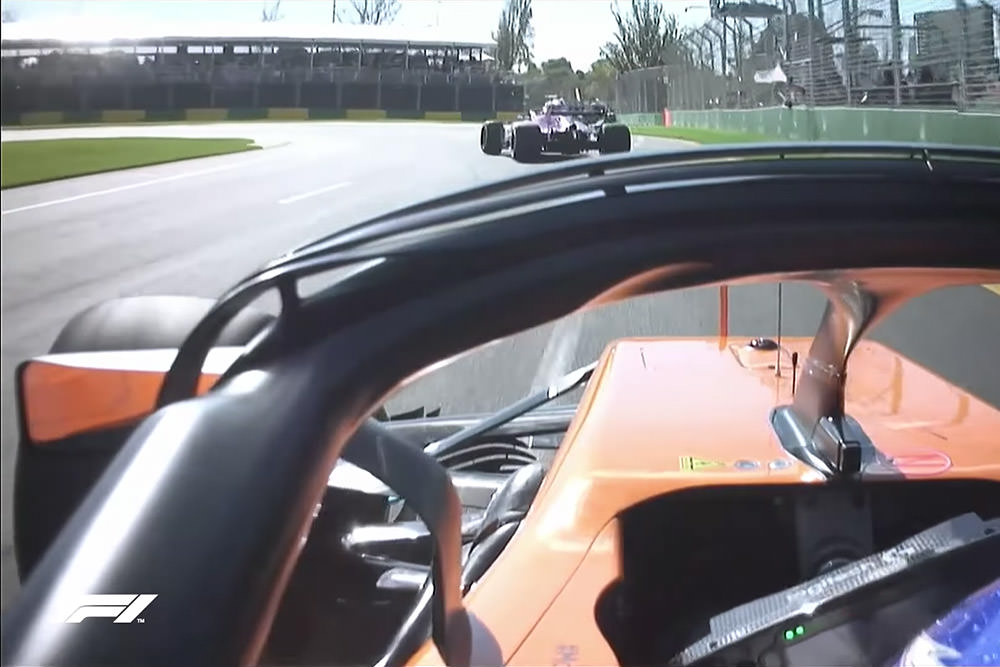 You had one job…

Hold on to your hats, the halo debate is about to get real. After all the arguments about whether the device rips out the soul of Formula 1 and marks the end of pure racing as well know it, the real problem with it has become clear: it obscures the view a bit for TV viewers when watching onboard footage. As the 2018 season got underway in Melbourne fans were left aghast at the intrusive nature of the halo from some angles. Social media was awash with outraged fans saying it had ruined their view. Certainly, some cars were worse than others: footage from the McLaren, for example, was certainly obscured but from the Mercedes the halo could barely be said to present a barrier to viewing pleasure. In fact, some began to question whether some teams had purposely positioned the cameras to obstruct the view in practice as a kind of protest against the controversial appendages. Either way, my money is on the fact that come race day visibility from onboard cameras will be miraculously un-obstructed.

Less easily fixed is the news that the launch of Liberty’s much hyped TV streaming service has been delayed is bound to cause eyes to roll among increasingly tetchy fans asking what Liberty has ever done for them.

The TV service was supposed to go live at the start of the season and allow viewers to access footage shot from cameras mounted to the cars. The footage would be able to be viewed in split screen mode alongside traditional broadcast feeds allowing fans to watch drivers battle for position in real time. Coverage of press conferences and support races were also to be included. The service was billed as making F1 more accessible than ever before – at a cost of $100 per month. However, just 24 hours before it was supposed to go live, Liberty announced it would instead use the Australian Grand Prix to test the system.

After a succession of missteps over logos and theme tunes and rumblings from inside teams about break-away series, the one thing a global media company like Liberty was probably really hoping to get right was, erm, the media. 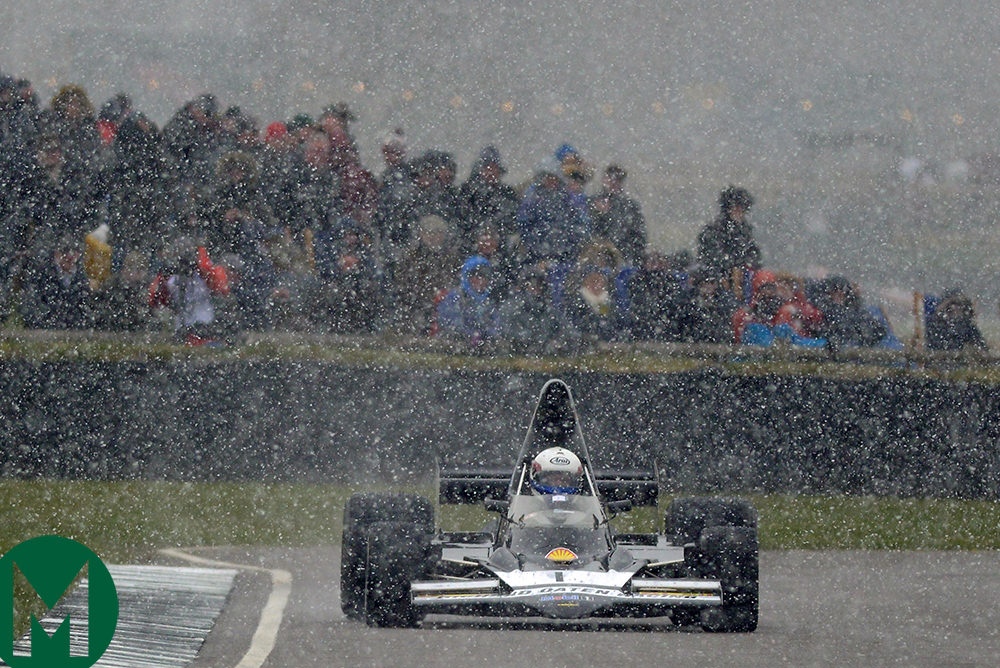 To snowy Goodwood where the growing lure and popularity of historic racing was once again in evidence. The sight of spectators, jacket collars turned up, snow drifts forming on flat caps, standing stoically in the bitter wind was about as British as it could get. Meanwhile, even in the blizzard conditions, drivers and owners refused to be beaten and hit the track regardless. The sight of a fleet of F5000s gingerly making their way around the circuit will live long in the memory. As will the reason for the cancellation of qualifying for motorcycles in the Hailwood Trophy: antifreeze on the track. 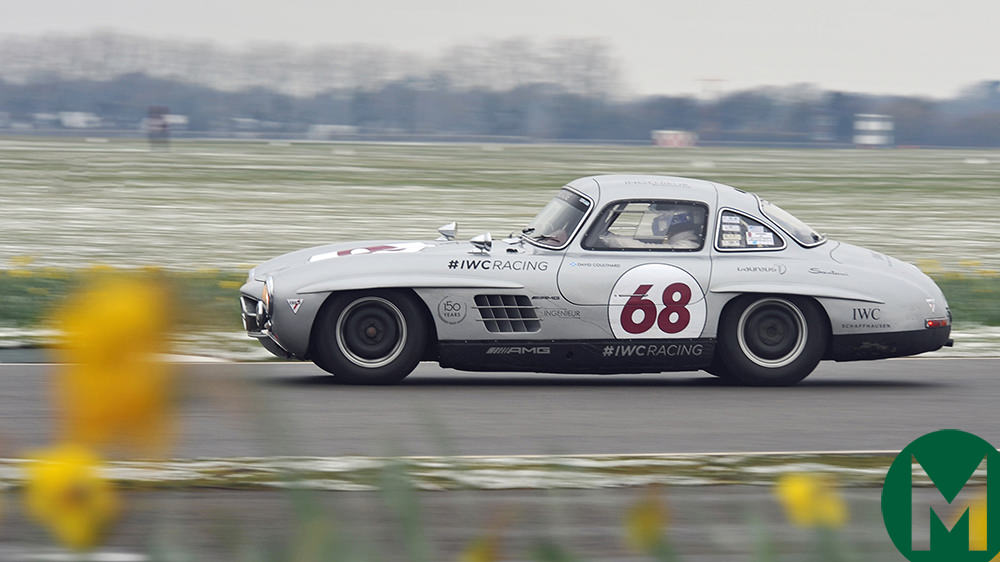 As if anyone doubted that historic motor sport was evolving more quickly than at any other time and attracting the attention not just of workshop enthusiasts and wealthy collectors but also big business, the Members’ Meeting also saw the launch of an all-new racing team by watchmaker IWC. The team car is a Mercedes-Benz 300SL and it was driven by David Coulthard in the Salvadori Cup. Starting from 15th on the grid, DC worked his way up through the field and came across the finish line in a respectable ninth place. But that wasn’t all. As well as Coulthard, IWC will be able to call on its strong relationships with the motor sport world, including the Mercedes Grand Prix team, and boasts of an “incredibly deep pool of talent” at its disposal, including Jochen Mass, Carmen Jordá, Valtteri Bottas and Lewis Hamilton. That sort of line up dangles the prospect of the current world champion taking part in a historic race – perhaps at the Revival or Spa Classic – although the exact dates in the race team’s calendar are yet-to-be-announced. Forget the Harlem Globetrotters, a new super-team has arrived. 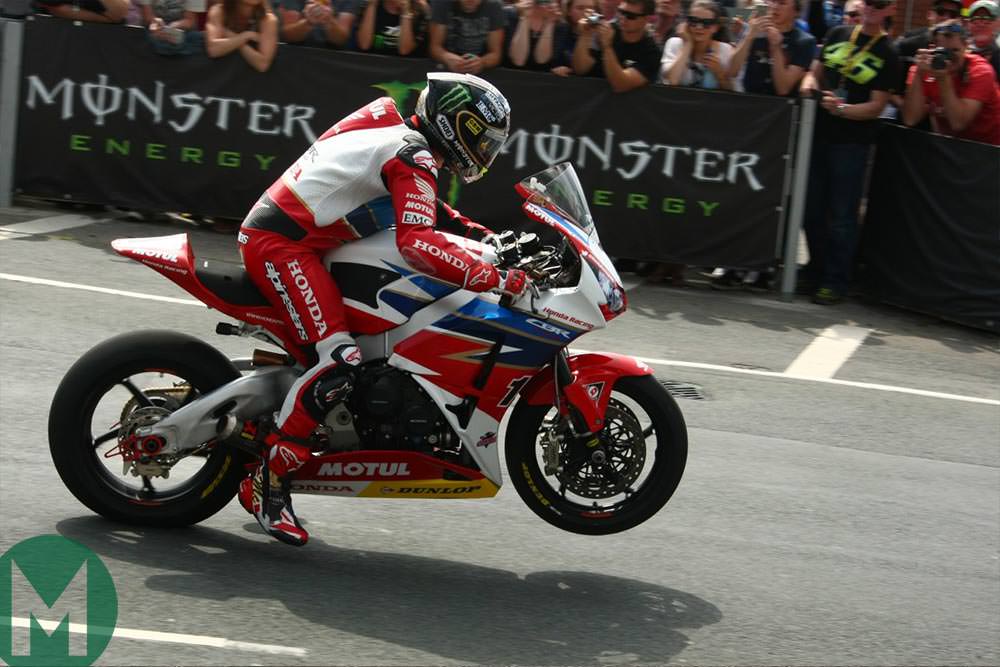 Back in the saddle

And finally: great to see John McGuinness back in his leathers after a nasty crash last year. He is, without doubt, one of the all-time great road racers but wears his achievements so lightly you could be forgiven for thinking he doesn’t care a jot about them. I remember trying to organise a Lunch with… interview with him some time ago and explaining to his publicist that this was our most prestigious interview slot and required us to lunch him at a no-expense-spared restaurant of his choice. Timings were sorted and Mat Oxley, our brilliant motorcycle journalist, made the trip to Morecambe to meet John at the grand hotel in town. Only, John didn’t turn up. Turns out he had completely forgotten about the interview and had taken his scrambler out onto the moors where there was no phone signal. Eventually, he returned very apologetic and Mat met him instead at his house where the interview took place over several beers. It is still one of my favourite Lunch withs… And if that whets your appetite, I can’t recommend his book Built for Speed highly enough.