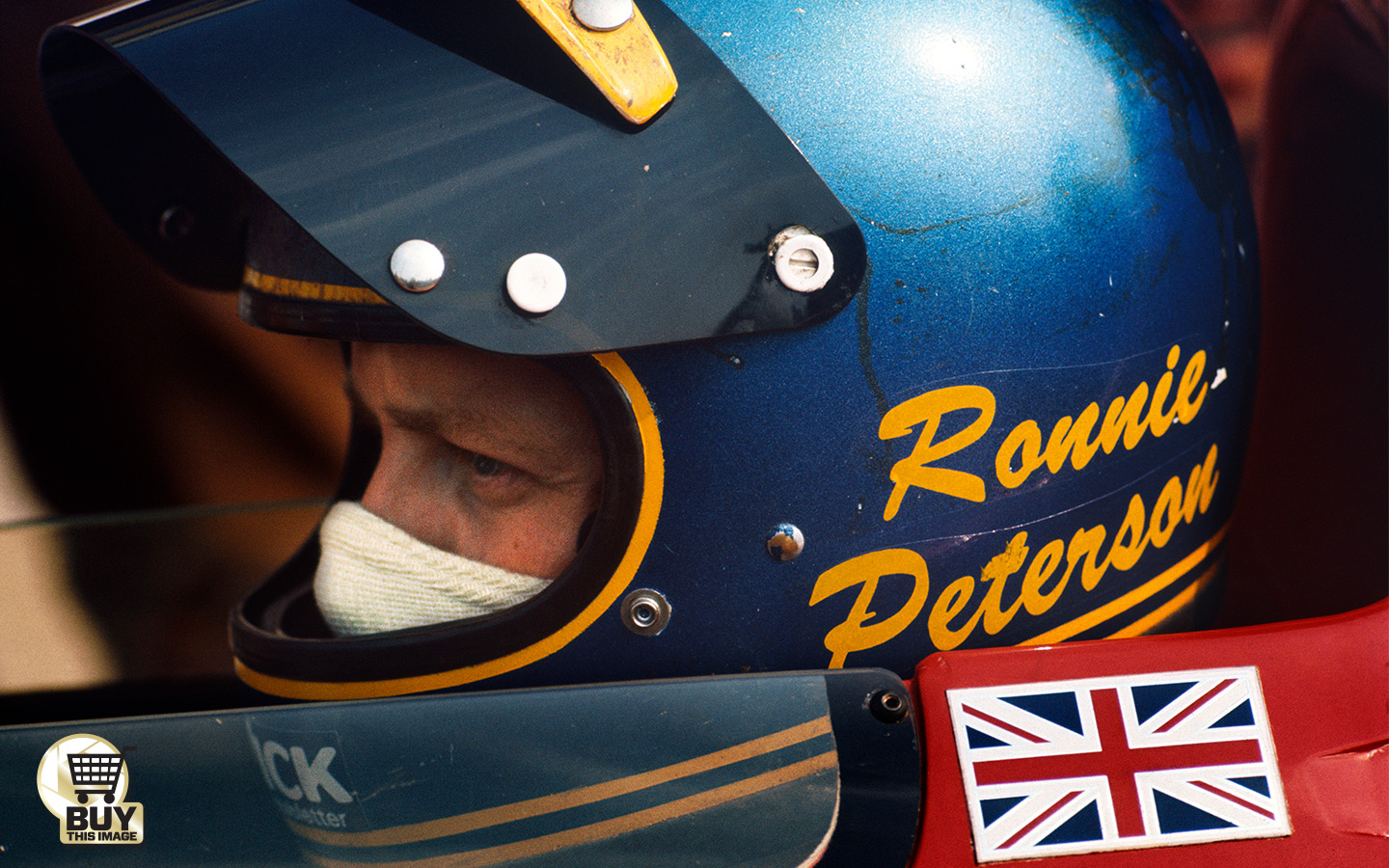 Ronnie Peterson’s relationship with the world’s most exciting constructor/team – or Much Advertised Racing Car Hoax depending on how you viewed it through the mirrors and smoke – almost ended on the second date.

Blinded by a low October sun, he clipped the straw bale chicane at the exit of Montlhéry’s banking. His car flipped onto its back and caught fire.

And that might have been that but for fast and brave work by mechanic Ray Wardell and marshals.

The first date, March’s world debut – at the Lincolnshire International Trophy! – had been less exciting.

In a good way.

Despite a puncture, Peterson finished fifth in his heat at Cadwell Park and third in the final, some way behind Tim Schenken and Howden Ganley but ahead (just) of James Hunt and long-term Swedish rival Reine Wisell.

This, however, was disappointing still for the category benchmark, a man who had scored win after win for two seasons in a supposedly fraught formula – at the wheel of an Italian Tecno. 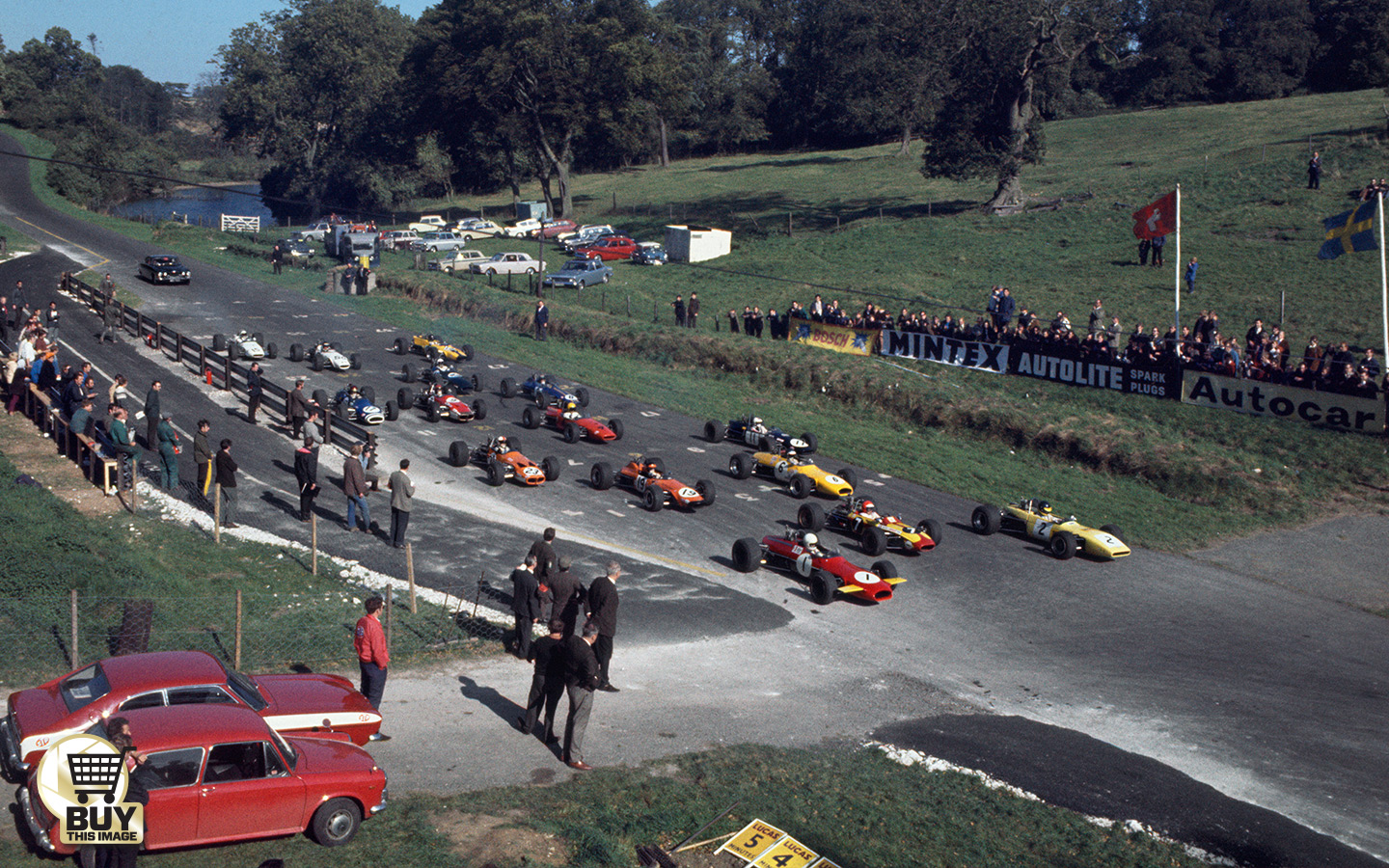 That original March was crude by its creator’s admission. Former McLaren man Robin Herd might have been on most teams’ wish lists, but 693 was his first spaceframe design, built hastily and cheaply utilising Lotus and Brabham components in a suburban garage in Reading.

But the reality wasn’t allowed to spoil the dream.

And, lo, it came true. Mostly.

Peterson had signed on the understanding that he would be partnering Chris Amon in Formula 1 in 1970 – but then Porsche paid £30,000 so that Jo Siffert might ‘enjoy’ his first Grand Prix works drive.

And then – March’s birth is perhaps the most incredible F1 story – STP and Mario Andretti came on board, as did Ken Tyrrell with his reigning world champion Jackie Stewart.

It’s a wonder Peterson got a look-in, but his employers thought sufficiently highly of him to provide an F1 chassis – March built 10 that year – and empower an eager entrant, Colin Crabbe.

Never has a driver’s style been so at odds with his team’s name: Antique Automobiles Racing.

At least both were memorable. 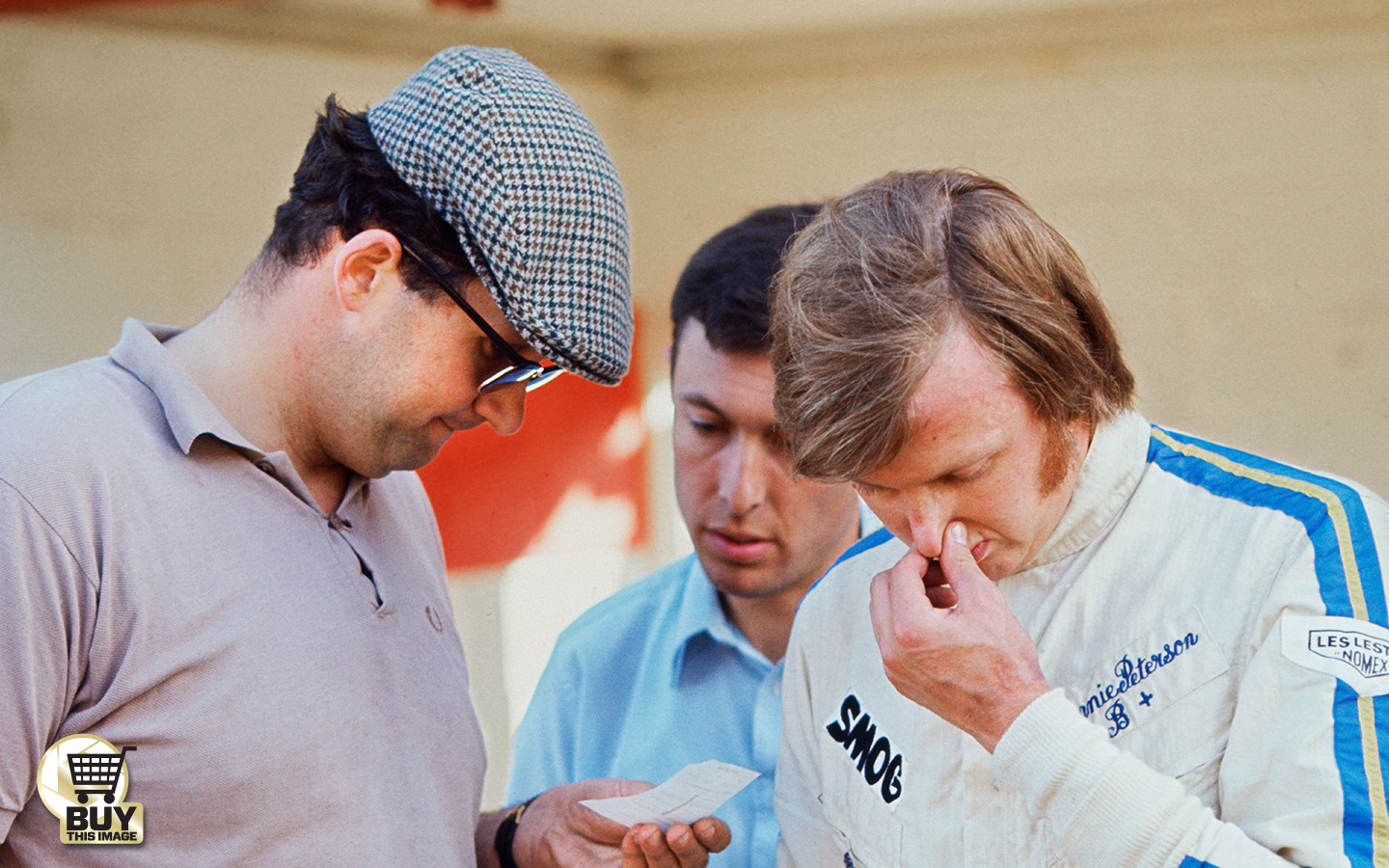 Peterson in conversation with Colin Crabbe in the Spa paddock

In a car, 701, that even Stewart thought a handful.

“Colin Chapman was next to us,” continues Herd. “He grabbed the arm of Lotus mechanic David Sims and said, ‘Who’s that?’”

So began a saga.

Peterson finished seventh in Monaco – his best result of a partial campaign dotted with retirements and crossed with flashes of brilliance.

But he had yet to score a world championship point by its end.

Herd’s 711, with input from ex-Lotus designer Geoff Ferris and legendary aerodynamicist Frank Costin, was boldly distinctive with its raised ‘Spitfire’ front wing, and doubts were aired.

Until Peterson finished second to Stewart at Monaco – a feat he was to repeat at Silverstone and Canada’s Mosport.

At Monza, he was denied a maiden GP win by one-hundredth by BRM’s Peter Gethin. 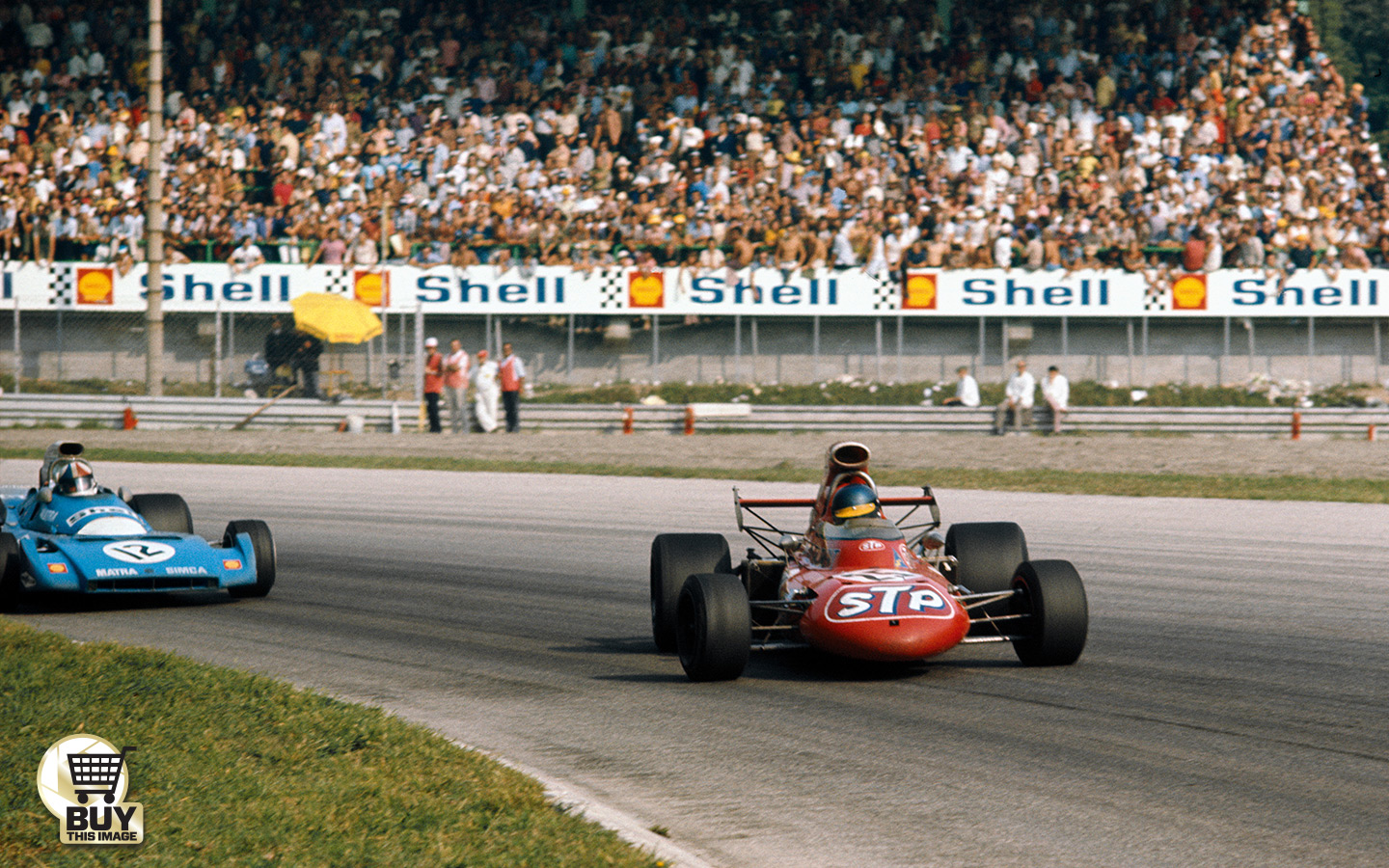 Not only did he finish runner-up to Stewart in the world championship but also he won the European F2 title in a 712, a monocoque.

“A racer who did it for the love, he was a delightful person and very undemanding,” says Herd.

“He had a reputation for being not so good at set-up, but he was not as bad as people made out. He didn’t understand the engineering – and nor should he – but in terms of describing what a car was doing, which is what you wanted in the days before telemetry, he was very good.

“And his skill was wondrous.”

Which is probably why he returned from victory at the Watkins Glen Six Hours bubbling about Alfa Romeo’s drivetrain, which placed gearbox inboard of differential.

Perhaps something could be salvaged from March’s disastrous F1 engine deal with the Milanese marque: Herd based his next car around this transmission’s configuration, fitting Alfa internals within a March casing.

Sadly 721X was a pig, its radically altered weight distribution causing it to understeer horribly until that Alfa diff locked and flicked it into oversteer.

Niki Lauda, whose schillings were keeping March afloat – it had accrued a loss of £70,000 in 1971 – condemned the car within a handful of laps.

And this time reality would spoil the dream.

Ronnie being Ronnie drove it faster than it wanted to go and stuck with it longer than he ought – and Herd wanted to believe him. Unfortunately they were wrong and the astute Austrian was right. 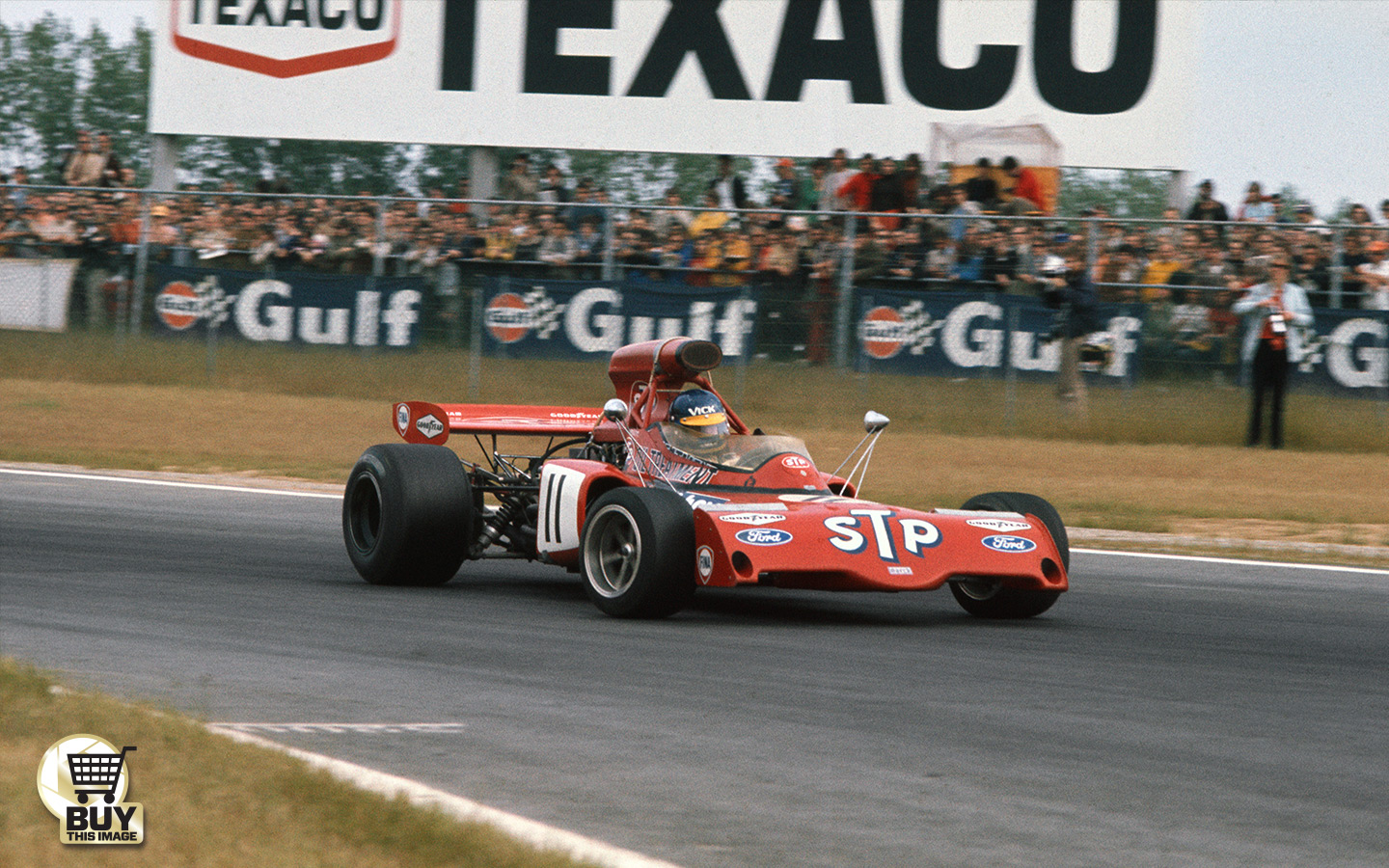 Peterson wrestling with the 721X at Nivelles

A replacement was cobbled from an F2 car – in nine days! – and 721G proved much better.

But not good enough, soon enough.

So Chapman got his man for 1973 and had it not been for reliability issues pacesetter Peterson would have become world champion.

Thereafter the increasingly ticklish problem of how to replace the iconic Lotus 72 soured their relationship. One brief outing in the all-ways-adjustable 77 at the 1976 Brazilian GP persuaded Peterson to end it.

Whereupon Chapman almost caught him ‘in bed’ with suitor Herd: “I was in Ronnie’s hotel room discussing a possible return when there was a knock at the door. Chapman!

“I rolled off the bed and hid between it and the wall for 30 minutes while Ronnie told Colin his problems and Colin gave him the sell: ‘Don’t join those bastards!’

“I was busting for a pee by halfway through.

“I don’t know why they didn’t click, particularly as Ronnie was so easy to get along with, but when he rejoined us at the next race he said it was like coming home.” 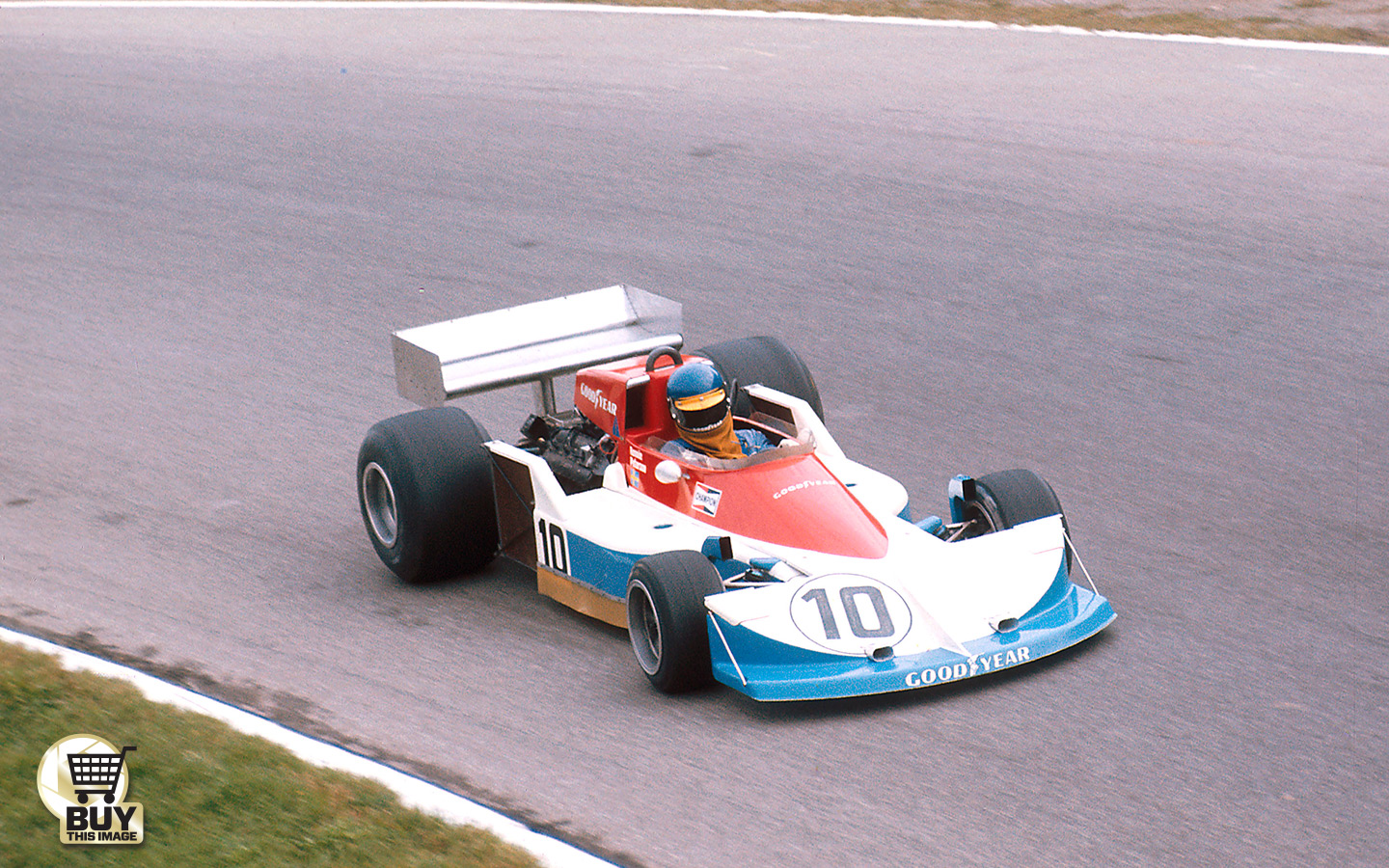 On the way to March’s final Grand Prix victory

That year’s F1 March, 761, also F2-based, was quick in a straight line and nimble. In it Peterson would lead four consecutive GPs during the second half of the season – but win only one.

“It had F2 brakes – we couldn’t afford any better – and they would overheat after a while,” says Herd. “But drizzle came along at all the right times at Monza to take the pressure off them.”

It was vintage Peterson. Starting eighth, he was fourth by the end of the first lap and picked off Jacques Laffite’s Ligier and the six-wheeled Tyrrells of Patrick Depailler and Jody Scheckter to lead after 11.

Depailler pressured him for more than 30 laps, until a misfire set in, and Ferrari’s Clay Regazzoni and a resurgent Laffite mounted a late charge – but Peterson was this time on the right side of a tight Monza finish.

March’s first works driver was, according to Mosley, its best. But Peterson had again carried its F1 hopes as far as he could.

“I was resigned to losing him again,” says Herd. “We were just hopeless at getting sponsors. When he signed for Tyrrell [for 1977] really Max and I had had enough.”

Though they continued in F1 in 1977, and teased with a six-wheeler of its own – it shone on British hillclimbs and as a Scalextric model – the offer of free F2 engines from BMW was their new reality.

“We were always happy to have Ronnie – and there was no ill feeling when he left,” says Herd. “A great guy.”