Aston Martin Red Bull Racing’s 2019 line-up is complete, as Gasly steps up to the senior team 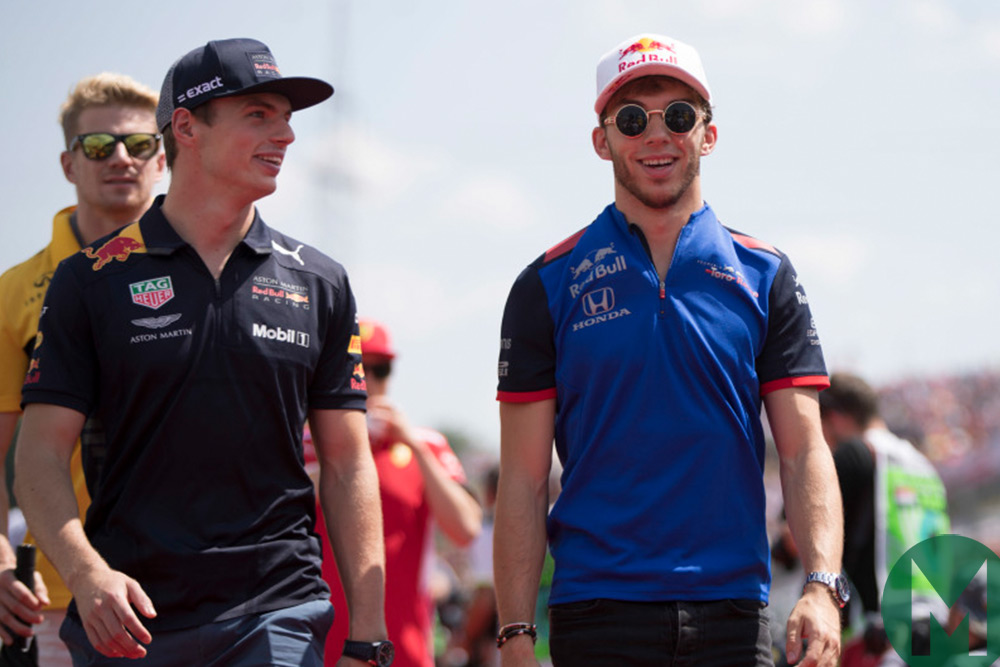 Red Bull Racing has announced Pierre Gasly will replace the outgoing Daniel Ricciardo at the team for the 2019 Formula 1 season.

Gasly, who will partner Max Verstappen, has impressed in his first full season with the Honda-powered Toro Rosso with three top-10 finishes. He claimed fourth place at this year’s Bahrain Grand Prix, his best result to date.

He made his Grand Prix debut in 2017, replacing Daniil Kvyat for five of the final six races.

“To be awarded a drive at Aston Martin Red Bull Racing from 2019 is a dream come true for me,” the Frenchman said. “It has been my goal to race for this team since I joined the Red Bull Junior Driver Programme in 2013, and this incredible opportunity is another step forward in my ambition to win Grands Prix and compete for World Championships

“I am fully aware of the challenge this special opportunity offers me and the expectations that faces any driver at Aston Martin Red Bull Racing. I’m looking forward to rewarding the faith that Dietrich Mateschitz, Christian Horner and Dr Helmut Marko have placed in me.”

Christian Horner, Red Bull Racing team principal added: “He has proved the undoubted talent that Red Bull has nurtured since his early career. His stellar performances this year at the Honda-powered team, in only his first full season in F1, have only enhanced his reputation as one of the most exciting young drivers in motor sport and we look forward to Pierre bringing his speed, skill and attitude to the team in 2019. “

With the future of double World Endurance champion Brendon Hartley unclear, the announcement leaves Toro Rosso with two seats to fill for 2018.