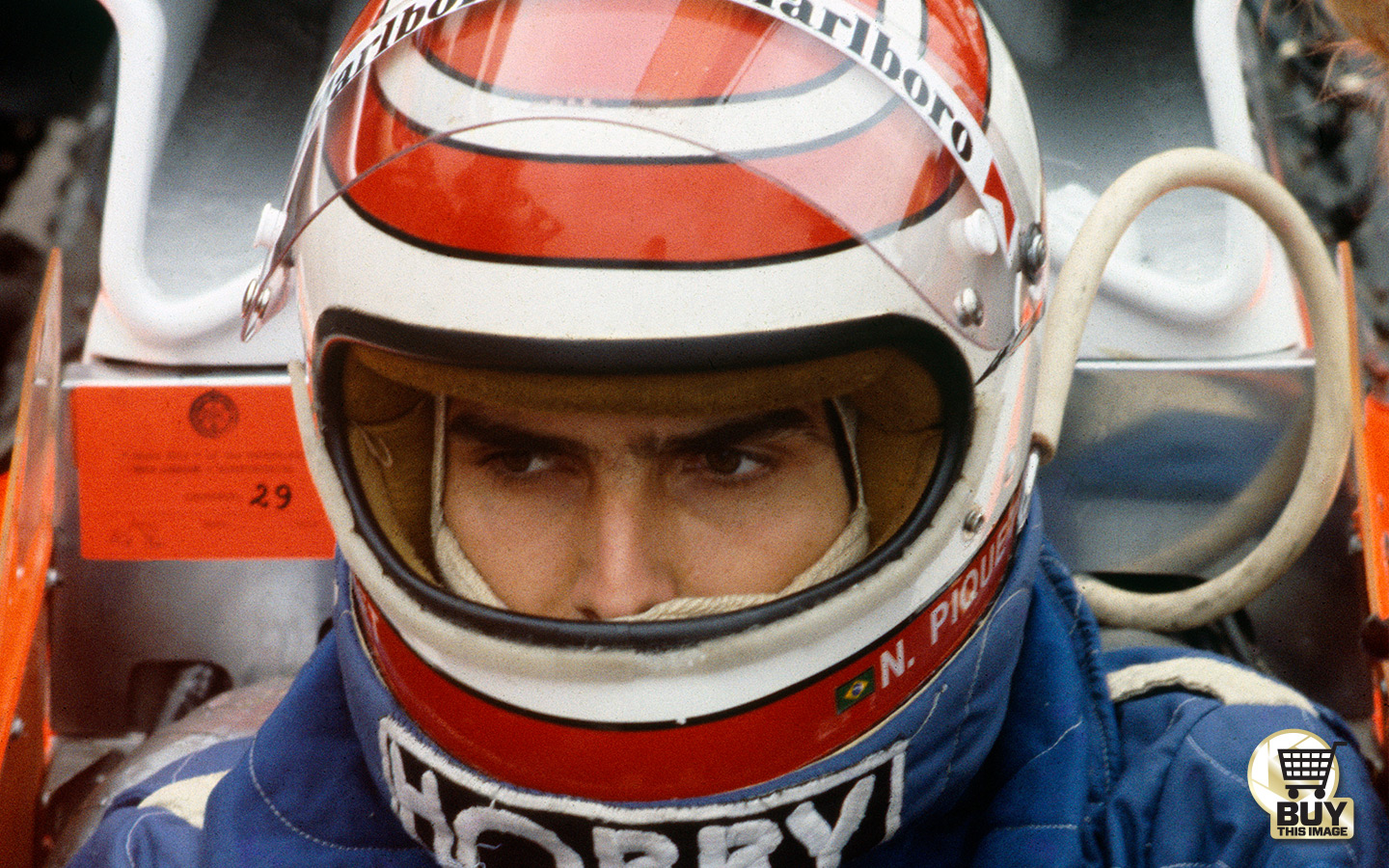 Mallory Park in May was the turning point.

Nelson Piquet had arrived from Brazil the season before already tipped for the top by none other than Emerson Fittipaldi. Yet he struggled in the European Formula 3 Championship.

A midseason switch from March to Ralt improved matters – he won twice, at Kassel-Calden and Jarama – but still finished a distant third in the points to champion Piercarlo Ghinzani and Anders Olofsson.

So for 1978 he decided to concentrate on the British championships.

His was to be a campaign that would rewrite the junior formulae how-to book – and see him make his Formula 1 bow before its end.

Its start, however, was not all he had hoped for. His new Ralt RT1 was late arriving – and Derek Warwick won five of the first six races in his older version.

But already the feisty Hampshireman, holding down a full-time job at his family’s trailer business, was feeling the heat of Piquet’s budget, rumoured to be £70k.

Wooed by March, he switched chassis at Mallory Park in May – and lost his way.

Piquet’s win from pole – he set fastest lap, too – was the first of seven consecutive victories, the sixth being a dominant performance in front of the F1 teams at Paul Ricard in July (below). 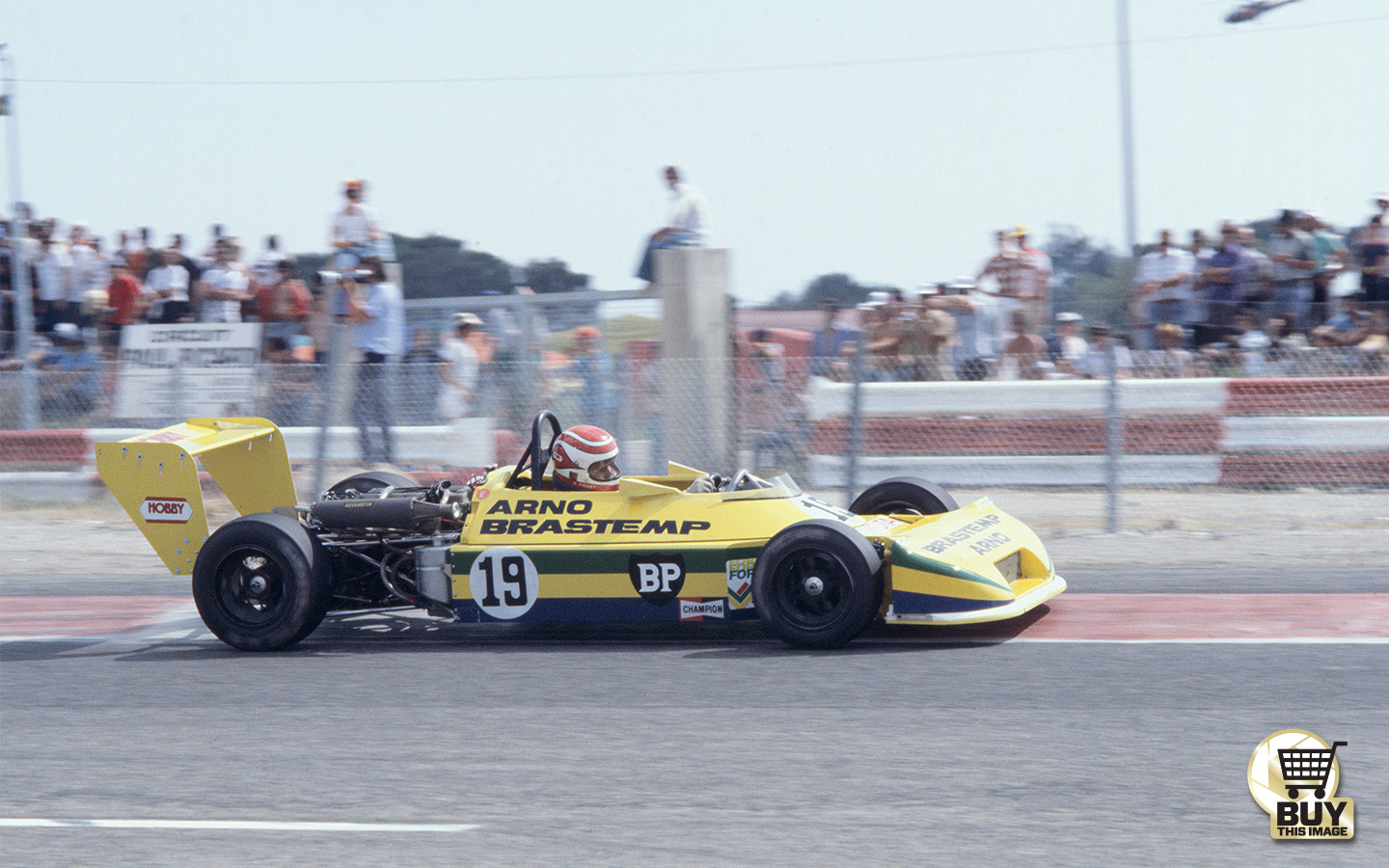 Warwick had by now returned to his Ralt – but already it was too late. The confident Piquet would relinquish his grip only when he chose to.

“The main thing was the amount of testing we did,” says his Australian mechanic/adviser Gregg ‘Peewee’ Siddle. “We had a spare car by May and tested them both continually.”

It was not uncommon for them to sample 20 sets of Goodyear G54s to find five good – whereas Warwick’s £17,000 budget ran, for example, to a single spare for the left-rear at abrasive Thruxton.

The money helped but it was never squandered.

“We were critical on weight,” says Siddle, “and were the first to use aircraft nuts and bolts. We had lighter fibreglass bodywork made, too.

“And what weight we had we placed low and central: we resited the battery and extinguisher, lowered the headrest.

“We also spent a lot of time on aerodynamics. We had about five or six nose cones and were constantly assessing Gurney flaps, which we ran on the nose as well as the wing. Nelson could tell if we changed one by an eighth.

“Towards the end we even ran venturi at the back – but we were guessing a little bit.”

Plus: cockpit-mounted front and rear anti-roll bar adjusters by midseason – Warwick only got his at the end, and then only to the rear bar – wider Formula Atlantic front suspension for slower circuits, revised rear geometry to generate anti-squat, rubbers in the shock absorbers (usually Bilsteins, sometimes Koni, depending on conditions) to stop them crashing out.

“We raised the bar,” says Siddle. “Yes, we were based in a shed near [designer] Ron Tauranac’s place near Byfleet but that brought its own problems. He would stick his nose around the door, see what we were doing and get on the phone to his other customers.

“But he did pay us a great compliment by saying that if we had worked to the same level in the 1970 F1 championship we would have won it.” 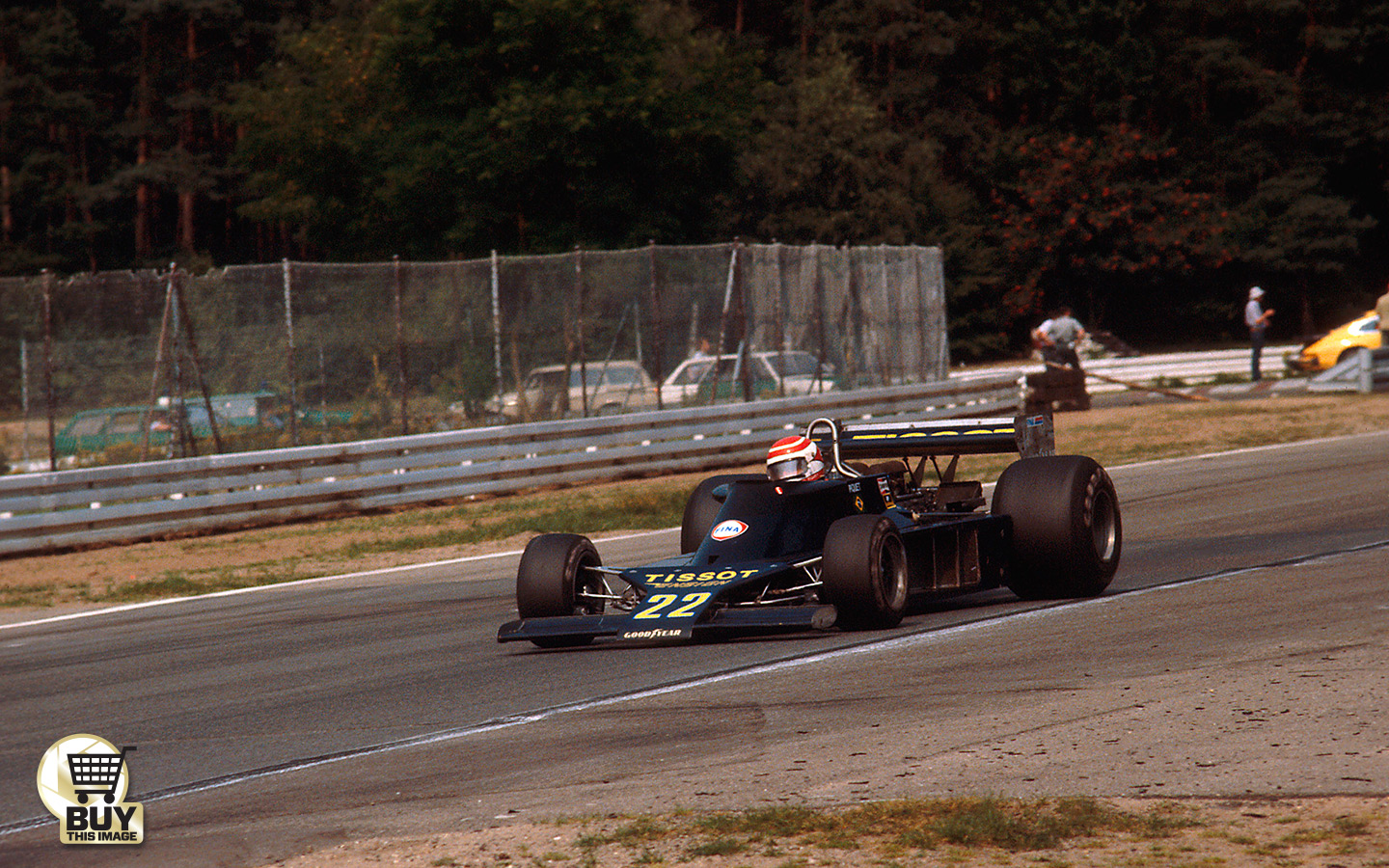 The 25-year-old from Rio was hot property by now, a target for the big guns – but Bob Sparshott thought he’d try his luck in any case.

This former Team Lotus mechanic was running a privateer F1 McLaren under his BS Fabrications banner for American Brett Lunger, who brought fag money from L&M’s Chesterfield and Lark brands.

“We had a spare car [Lunger had switched from M23 to M26 after four GPs] and offered it to Nelson. To our surprise he said yes.

“Unbeknown to me Bernie Ecclestone was already involved and bankrolling him.

“We tested Nelson and it became apparent immediately that he was very quick – and that he wasn’t fit enough. He’d do a few laps and then sit at the back of the pits getting his breath back.”

Even so, he made his F1 debut at Hockenheim on July 30 – with Mo Nunn’s Ensign outfit.

“I’m not quite clear how he ended up driving for them,” says Sparshott. “Morris sort of slid in there somehow.”

A contract wrangle between Nunn and Derek Daly had freed the seat and Piquet drove a sensible race before retiring because of an engine problem after 31 laps.

“Our deal was for the Austrian, Dutch and Italian GPs,” says Sparshott.

The latter two clashed with F3 rounds at Mallory and Donington Park – but no matter: Piquet was moving onwards and upwards. 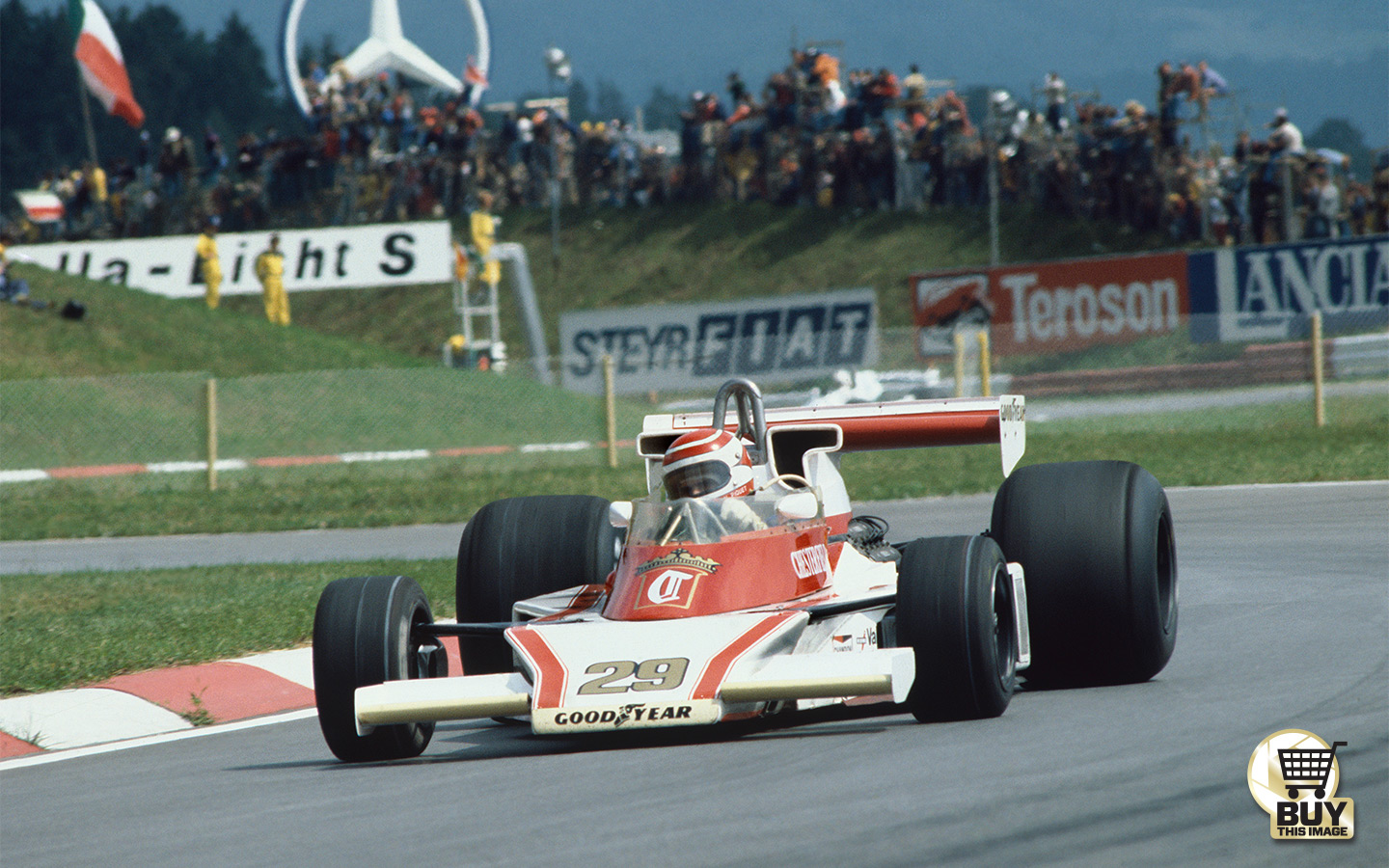 Piquet in the private McLaren, in Austria

Sparshott: “He was under siege from Marlboro and had obviously been told not to sign anything yet. So he just warded that off.

“And the press people were always asking him how he was handling the pressure of F1. He replied, ‘What pressure?’ He was completely relaxed.

“He was good fun, too. One of the lads had left a hammer by mistake in the car overnight. On race morning we pulled the tarpaulin back and the seat was full of hammers. Nelson’s idea of a joke.”

Not that Lunger saw the funny side.

Sparshott: “One of my guys met me at the airport in Austria and said, ‘You’ve got a real problem. Brett’s looking for you.’

“When I saw him his first words were, ‘I ought to wring your f***ing neck!’ Bear in mind that he’s an ex-Marine. ‘You’re using my goddamn money to run this guy!’

“That couldn’t have been further from the truth and what I really wanted to say was, ‘Your results aren’t bloody good enough!’ But I didn’t. And I’m still here.”

Piquet crashed early in the wet of Austria and suffered a driveshaft failure after 16 laps in Holland.

Though a fired-up Lunger had outqualified Piquet both times – and would do so again at Monza – the experienced Sparshott had already seen enough to know that Brazilian was destined for greater things. 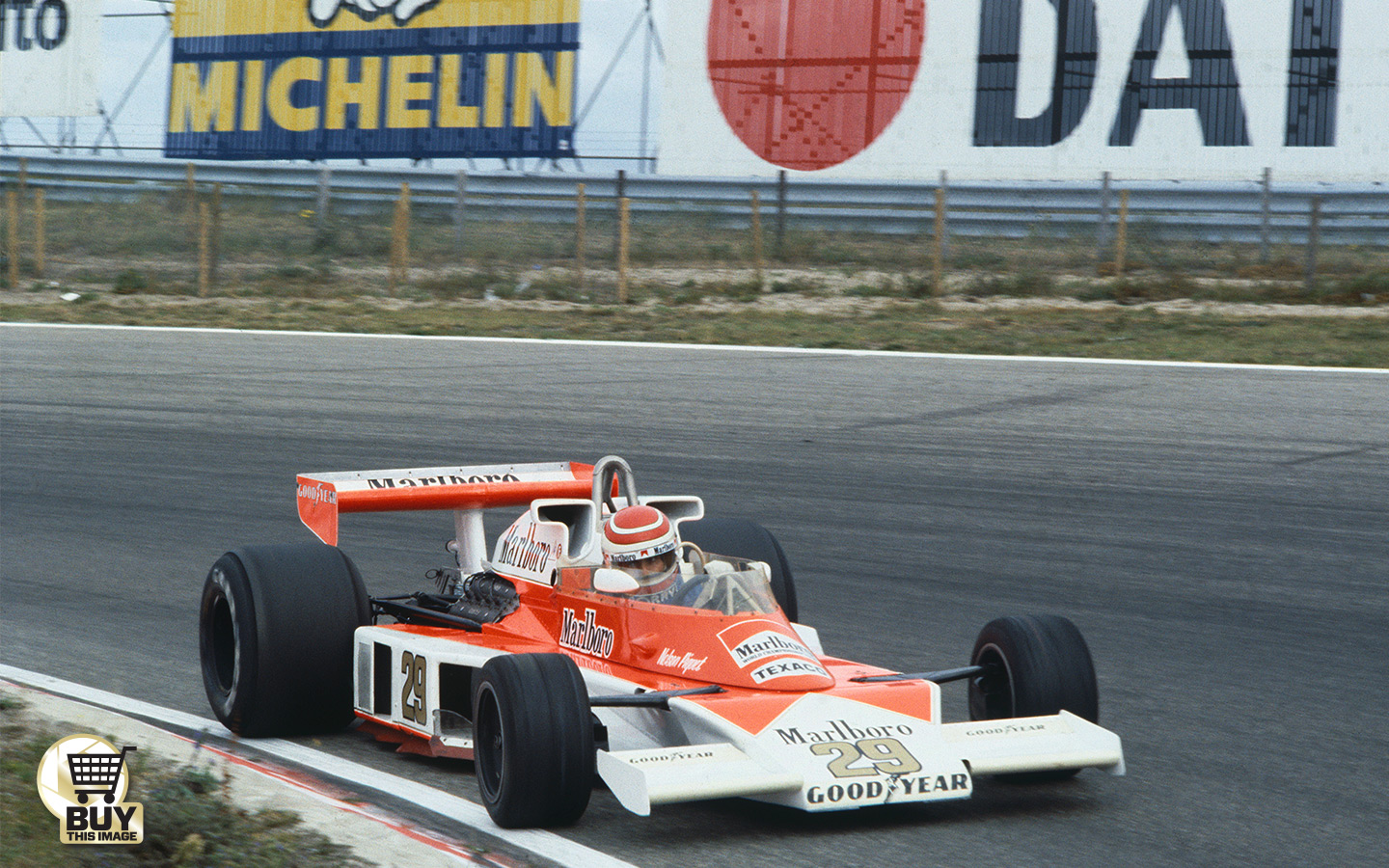 Piquet before his 16th-lap retirement in the Dutch Grand Prix

And said so at the time: “Considering how little experience he has, his perception about the car is incredible. I’ll stick my neck out: he’s going to be a real top-liner, right in the superstar class.”

And that was before Monza and the multiple pile-up that led to Ronnie Peterson’s death.

“The race was red-flagged and Nelson somehow managed to get back pretty much unscathed,” says Sparshott. “But he just sat in the car asking, ‘When’s the race going to start?’

“But he was totally transfixed about the race and shut everything else out. Blanked it. I thought, ‘Maybe that’s what you need to be a good racing driver.’”

Piquet finished ninth that terrible day, his fastest race lap better than any that the works M26s of James Hunt, Patrick Tambay and Bruno Giacomelli could muster.

After three more F3 wins in September – taking him to 13 for the season – his future with Bernie became apparent: he drove a third Brabham at the F1 season finale in Montreal and was on the fringe of the points when his BT46-Alfa Romeo lost second and fourth gears and then started to run rough because of a broken exhaust.

“He stands pretty high among the drivers I’ve worked with,” says Sparshott. “No one has eclipsed Jim Clark, but I think Nelson was quietly confident. He knew how good he was.

“That it was just a matter of time.” 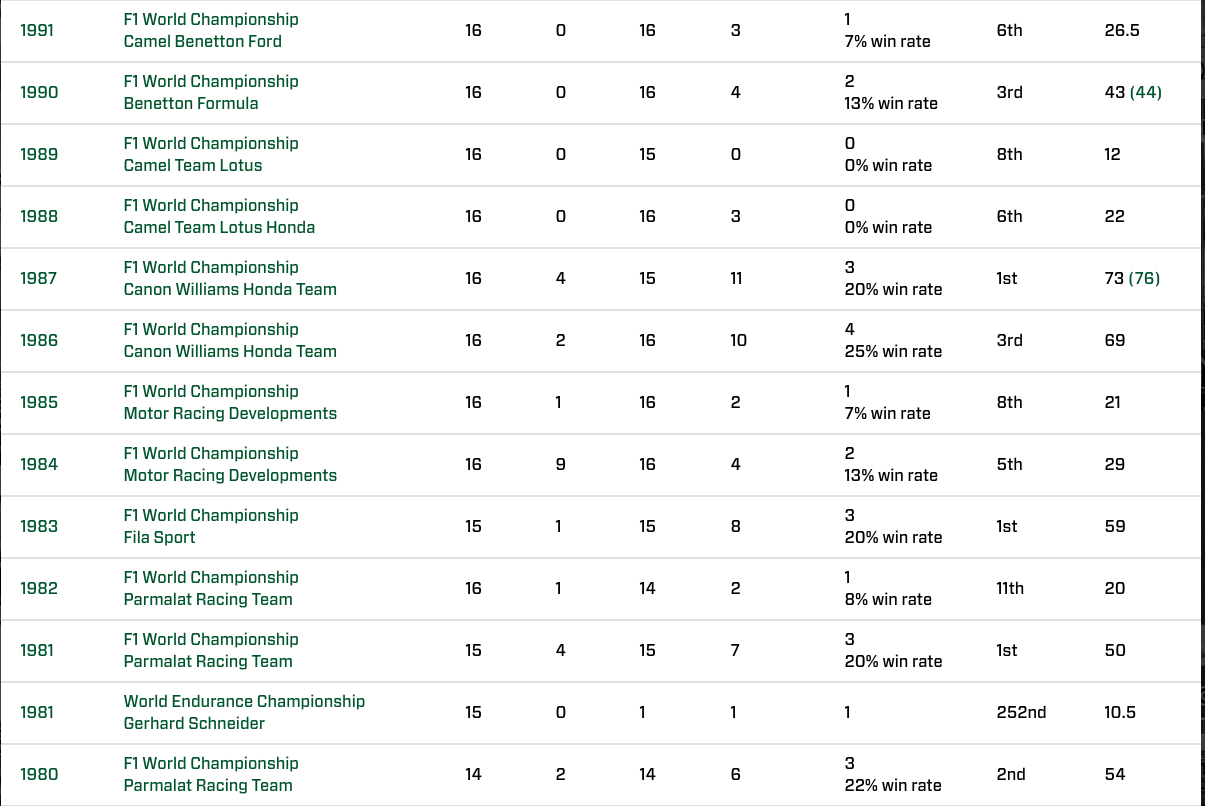