Grand Prix editor Mark Hughes explains how Ferrari’s veto power came to be, and whether the FIA will continue to entertain its F1 quit threats 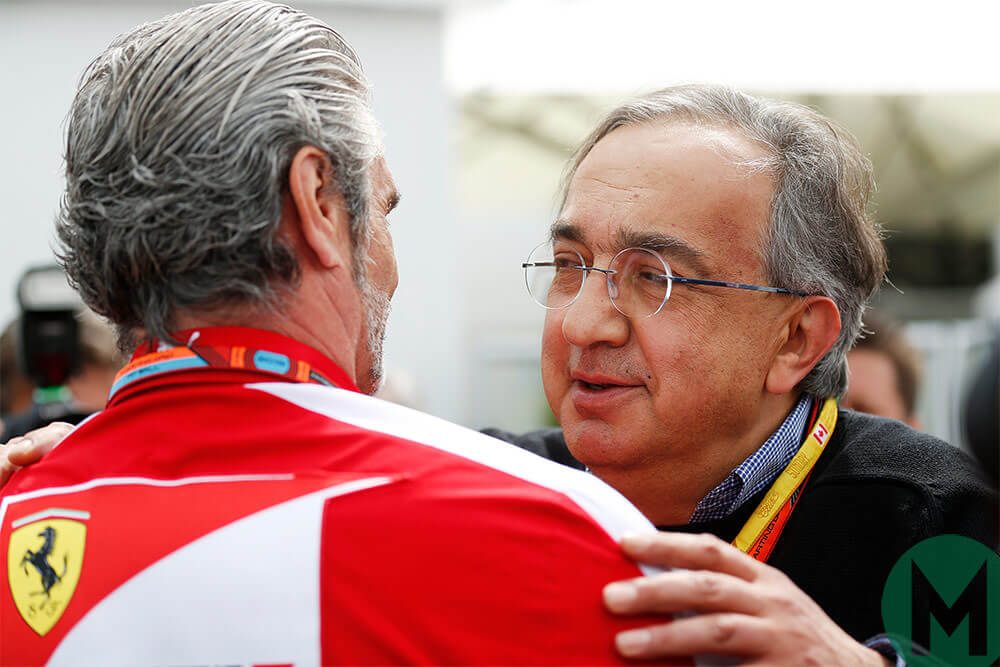 The nagging matter of Ferrari’s Formula 1 rules veto came up again at a recent Jean Todt press conference. There is, of course, a certain irony in the FIA President’s disapproval of said veto and his belief that it should be abandoned in the post-2020 F1 agreement currently being negotiated, for there were times when as Ferrari boss he undoubtedly made use of the implicit threat that veto carried. Putting that aside for a moment, the veto was created in 1980 as the Bernie Ecclestone-led FOCA and the Jean-Marie Balestre-presided FISA laid down the basis of what would come to be the Concorde Agreement, the covenant by which F1 was run in the following decades.

The crucial meeting was hosted at Maranello – both because it was a more ‘neutral ground’ than either the UK (teams) or France (governing body) and because Enzo Ferrari did not travel. Just that little detail underlines the sway that Ferrari has always held. He pointed out that with most of the teams being based in Britain, and he out of the loop in Italy, things could be agreed between them which would then just be presented as a fait accompli. To insure against this, Ferrari insisted, he needed a right of veto. Just in case. Everyone agreed and it’s been enshrined ever since. It’s been used sparingly over the years, but sits there as the nuclear deterrent.

Now Todt is keen that the next agreement should carry no such facility for Ferrari. This view will be heavily coloured by the current dilemma he faces around the future technical regulations. With Ferrari and Mercedes heavily opposed to the proposed post-2020 engine regulations, and Ferrari’s Sergio Marchionne issuing regular ‘Ferrari will quit F1’ threats (and Mercedes’ Toto Wolff standing behind him saying, ‘He’s serious. Don’t mess’), Todt needs a counter threat: ‘Removal of veto, or accept engine regulations, take your pick’.

Todt was against the veto being continued in the last round of negotiations, prior to the 2013-20 agreement. “I was the only one against it,” he recalls. “I remember it was a meeting in the FIA headquarters. It was the commercial rights holder [Bernie Ecclestone]. All the teams were there. And I asked what is the position of the veto for Ferrari. They said ‘it was fine for us’. So it would have been inappropriate for me alone to say that I was against the veto right to Ferrari. The only thing we modified was the wording of it.” Since then the veto could only be invoked against rules that could be proved to be against Ferrari’s interests.

But increased standardisation of parts and simplification of technology (both in the current proposal) can be argued by Ferrari as being against its interests, both competitively and in the reduced power of F1 participation upon the brand values of Ferrari road cars. Which is clearly why Marchionne regularly mentions the proposals as being against Ferrari’s interests – it’s a thinly disguised veil over the veto threat, and beyond that the quit threat.

Back in November when Marchionne was asked how he’d feel going down in history as the Ferrari boss who pulled them out of F1, he replied, “Like a million bucks because I’ll be working on an alternative strategy to try and replace it. A more rational one, too.”

It may be laughed off as just more bluff in the ongoing negotiations for 2021 onwards. But there just could be something behind it. In the next (May) issue of Motor Sport magazine, I’ve made the case for what that alternative strategy might be, based on a bit of background intelligence – and if it comes off it would have massive reverberations upon the motor sport. In this scenario, Ferrari’s veto would be a key part of how it would all play out.