Three-time Indy 500 winner Dario Franchitti on what Alonso can expect, and what can be expected of Alonso 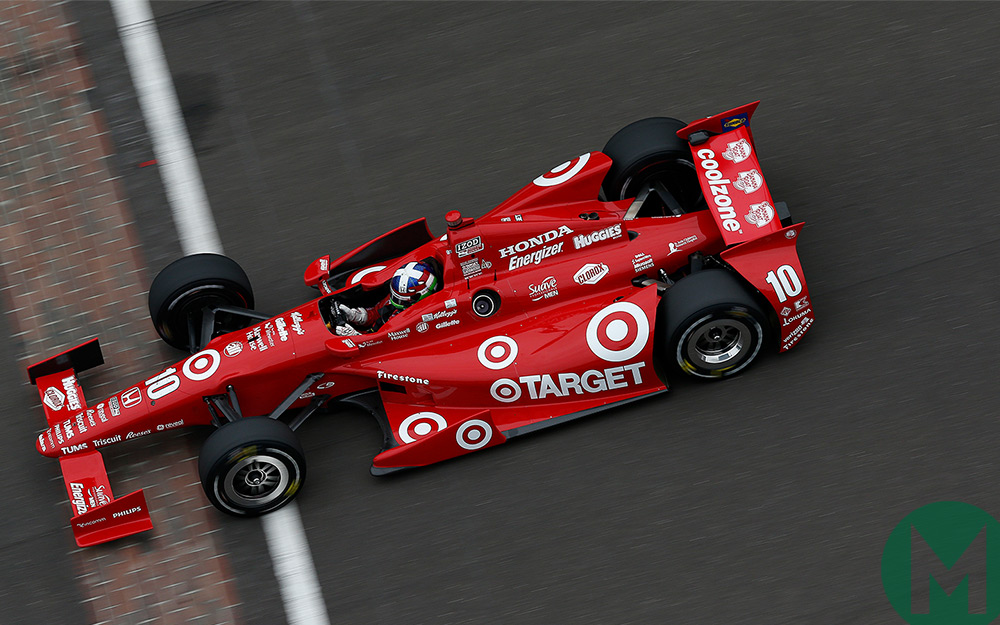 Fernando Alonso doing the Indianapolis 500 this year is brilliant.

He’s got a lot of work ahead of him and that will probably start with some simulator time. Honda has got one at Indianapolis and he’ll do some time there. They’re going to give him a private test day and that will help. Any time you can go there, run and go away and think about it will definitely help. I think getting up to speed won’t be such a problem because he’s got good team-mates [Takuma Sato, Ryan Hunter-Reay, Marco Andretti and Alexander Rossi] and Andretti Autosport will provide him with a good car.

They will say: ‘This is the car Ryan drives, this is the car that Marco will drive so you go out in this’. They will probably tone it down for him a bit so that he can get up to speed, maybe give him a fraction of understeer in the car, a bit more downforce and say ‘OK, off you go’.

The harder bit will be when conditions change and he has to adapt to them. At the Speedway it can be from the wind changing direction, a small rise in temperature or even humidity. You have to adapt to those changes in set-up and driving style. That’s where the experience comes in. Certainly his talent is not in question, it’s just about experience. In the race you can make adjustments in pitstops, but you can’t really make big adjustments so you constantly have to compromise in what you do and how you drive. I think that will be a learning process.

All this with a backdrop of having no second chances: there’s no run off, if you make a mistake it tends to hurt. It will damage the car and if you can get away without hurting yourself it’s a good day. That wall is sitting there waiting for you. Trust me, he’ll be aware of that as soon as he leaves the pits! He’ll just have to adapt to that.

What it does is temper your rate of getting up to speed. If there are no consequences to making a mistake you just get on it, don’t you? The consequences there are pretty big and, as I said, if you do make a mistake you tend to destroy the car and you’ll be making a trip to the medical centre. Whether you can get back in the car after that is the question. 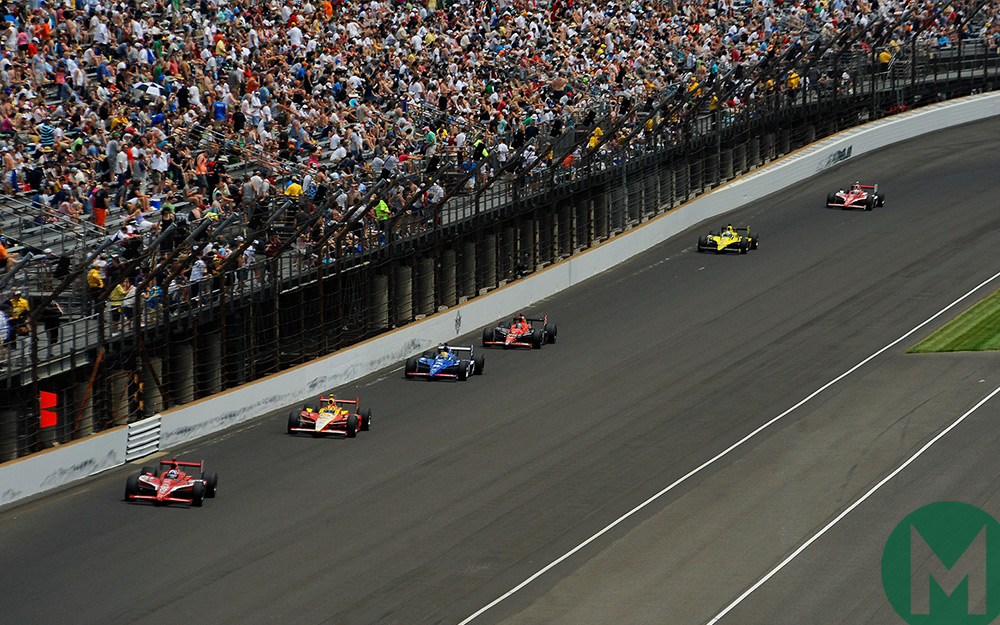 Like most of the big teams in IndyCar Andretti is pretty good at organising race simulation runs during practice and that will help him get up to speed in terms of driving in traffic. They did it with Kurt Busch a few years ago and that will be a big help. He’ll get used to the feeling of the car in traffic that way, nothing he’s done before can help him there. Basically no non-oval running is going to prepare you for what you experience in terms of intensity and speed, but also the feeling of the car, what you need from the car and what adjustments you can make to get the car to do what you want in traffic. I guess one of his big enemies could be the weather: if you get a particularly wet week leading up to qualifying it will put him behind a bit.

It’s brilliant for IndyCar, absolutely brilliant. To see him going head-to-head with the likes of Scott Dixon, Tony Kanaan, Will Power, Helio Castroneves, these types of drivers, is just fantastic and it will make a massive splash around the world.

With the cast of characters involved to make it happen, it’s not such a big surprise that it did. You have Fernando having the passion for racing in general and wanting to try something different. You’ve got Zak there as boss and he’s such a passionate IndyCar fan. I can imagine him saying, “Oh, you want to do Indycar? That’s a great idea, let’s do it!”

Stefan Wilson has given up his seat to make this happen and I am sure there was a lot of pressure put on him because I know how much he wanted to race at Indianapolis again. But there were only so many engine leases that Honda could supply with production and lead times. I am sure they’ve put a lot of pressure on, but it says a lot about Stefan because he did say yes. It’s great for the series and he saw the big picture. I really hope, though, that IndyCar, McLaren, Honda and everyone else involved take into account what he’s done and make sure he’s in the 500 in 2018 if he can’t be in it this year. Hopefully they can give him a helping hand with making things happen because he’s been working very, very hard to be on the grid.

So, what can Fernando realistically expect? I think to expect him to compete with the absolute front-running guys is a big ask. Over one lap I don’t think that will be a problem, but to expect him to compete with these guys up front in the race, lap after lap is going to be a massive ask. As we saw with Rossi last year anything is possible with strategy, but on pure pace it will be difficult to compete. That’s just from experience. He’s certainly got the talent, but the front-runners have got that talent too alongside years and even decades of experience of Indycars and the Speedway.

The excitement level is massive, but come the start of the month every other driver out there is going to want to beat him. 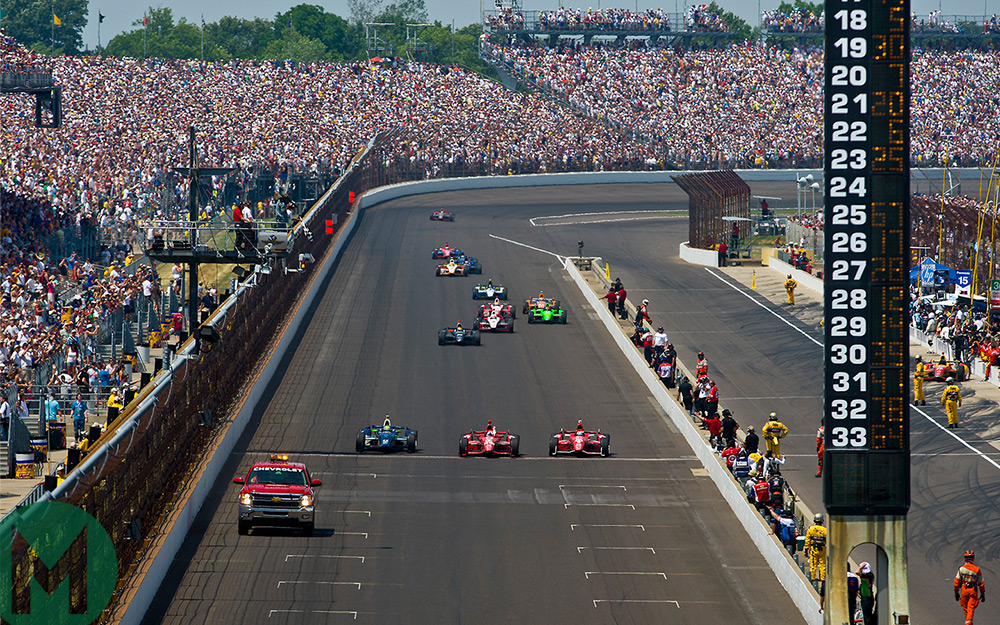