It’s not so much a case of Kimi vs Antonio at Alfa Romeo Racing F1. Rather, the pairing is the best the Formula 1 team has enjoyed in a long time, says team boss Frédéric Vasseur 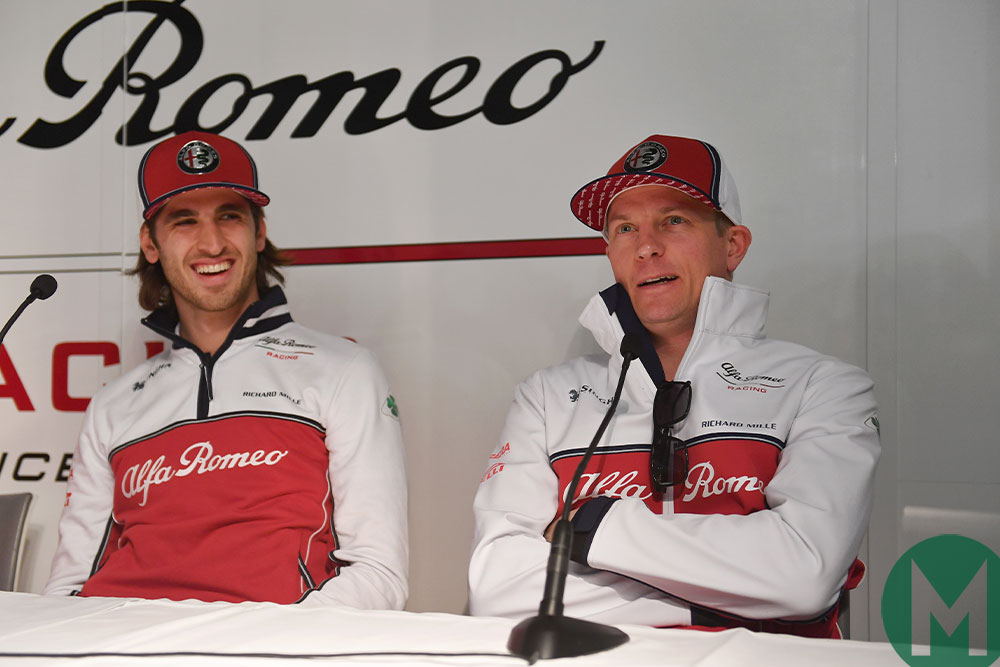 There are a number of claims relating to Formula 1 veteran Kimi Räikkönen that are difficult to substantiate. The Finn is not one for small talk or random approaches from media, so I’ll admit it’s on very rare occasions that I’ll walk up to him and start a conversation with the words: “So, I heard…”

One such story stems from around six years ago, with Räikkönen allegedly telling former Sauber team principal Monisha Kaltenborn, “I f***ing love your team”, or words to that effect.

It’s not hard a hard anecdote to believe, given the 39-year-old’s career has come full circle and he now finds himself back at Hinwil, with Sauber now running as Alfa Romeo.

The team is close to the family home and Räikkönen carries far fewer sponsor and PR demands than life at Ferrari, but there are no signs of him slowing down behind the wheel.

Three races into the season with three top-10 finishes, and he sits seventh in the drivers’ championship as best of the rest behind the Mercedes, Ferrari and Red Bull pairings. Single-handedly he has taken Alfa to fifth in the constructors’, only slipping from fourth in China as a result of having one seventh-placed finish to Renault’s two.

“In a way, it’s an insurance!” Alfa Romeo team principal Frédéric Vasseur says of Räikkönen’s impact. “You know that he’s always there. When he has to improve during the qualifying he’s able to do it. We chose to work with Kimi on purpose as a young restructuring team – we need to have this kind of a reference.”

Those are comments backed up by other sources inside the team, who see Räikkönen’s arrival as one of the best in a number of years.

“I have full confidence, more than this, in Antonio”

Italian rookie Antonio Giovinazzi worked with Sauber last year and made his F1 debut at the 2017 Australian Grand Prix with testing outings for Haas and Ferrari, and so was a known quantity. The team knew he would be easy to work with and had the pace needed.

But it’s Räikkönen who’s surprised Alfa Romeo. It’s his talkative approach that’s provided a positive shock to the team as the generally untroubled 39-year-old is a vocal presence, pushing the team in the right direction with accurate and effective feedback. That’s something that Sauber lacked with pairings of young drivers such as Marcus Ericsson and Pascal Wehrlein in the past.

And although he’s said that F1 has “become more of a hobby lately,” Räikkönen’s approach isn’t lax by any means.

Team boss Vasseur certainly doesn’t see a driver throttling back at the end of his career.

“He doesn’t take it easy, that’s absolutely not the case,” says Vasseur. “When Kimi’s outside of the weekend’s atmosphere, perhaps [he’s relaxed], but I honestly think that’s a great approach: to be fully committed when he’s at work and to release the pressure when you are outside of this system.

“He’s fully dedicated and fully focused, and he’s pushing like hell on every single detail. You can ask the engineers – nobody will consider that Kimi is on vacation!

“Honestly when he goes into the meetings with the engineers he’s paying more attention to every single detail – to the car, to the track – than what I could expect.

“He’s not relaxed at all, but perhaps he’s enjoying it a bit more now with less pressure…”

If his motivation levels need outlining in an example, Räikkönen visited Vasseur ahead of the Chinese Grand Prix to discuss changes to the brake pedals, drawing what he’d like adapted on a sheet of paper for his impressed boss. Vasseur adds, “Kimi has this approach to pay attention to every single small detail.”

For now, Räikkönen’s presence is putting Giovinazzi in the shade, but the Italian is highly-regarded by Alfa Romeo. So far, the veteran has had an edge on raw pace to go with his thorough approach, but it’s his experience that is widening the gap to Giovinazzi.

While Räikkönen can provide accurate feedback on set-up and tyre behaviour, Giovinazzi is still learning. That’s allowed the more experienced driver to call on his 17 seasons in the sport to find the extra tenth needed in an extremely congested midfield, resulting in Q3 appearances in two of the first three rounds.

“I was working with him for the last two years, so I know how he’s working,” Giovinazzi says. “He’s a fantastic driver with a lot of experience, and he knows already what he wants before the race weekend. This is something really good to see. 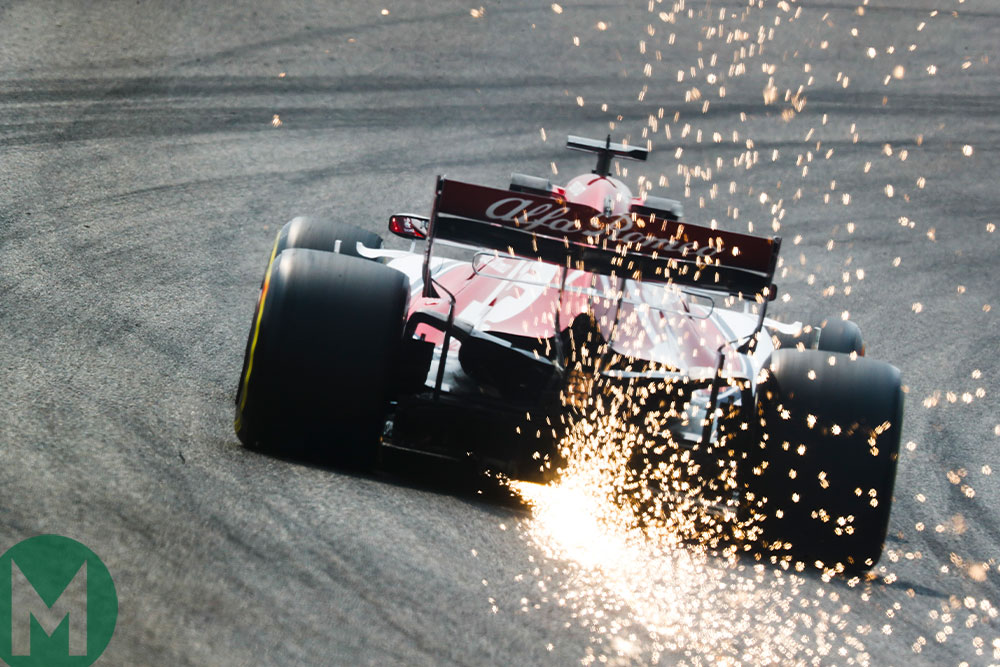 “It’s just experience in the end,” explains the young Italian regarding his team-mate’s advantage. “It’s like in my last year in F3, when I saw the rookie drivers. Compared to me, they were struggling at the beginning of the weekend. But it’s something normal I think, in every sport you find the same, when you find the best and most experienced athletes, you feel less ready than them.”

In race trim, Giovinazzi pushes Räikkönen close, but is having to do so from much further back. To compound matters, in China he missed much of practice and qualifying due to reliability issues. The results might not be there yet, but Vasseur has no concerns that Giovinazzi will be a threat to Räikkönen as the season progresses.

“Just to remind you that Charles [Leclerc] was presented as if he was the world champion in Barcelona last year. Then I had the question in the press conference in Bahrain after the race, ‘if 2018 was probably too early for Charles?’

“Then after 10 races it was: ‘OK he has to go to Ferrari and he will be the next world champion’.

“We just have to calm down a little bit on the analysis, and it’s not because the guy is doing a good job one day that he will be world champion, and because he’s making a mistake he will never achieve it. I have full confidence, more than this, in Antonio.”

And in Räikkönen, Vasseur has the perfect example to benchmark Giovinazzi.