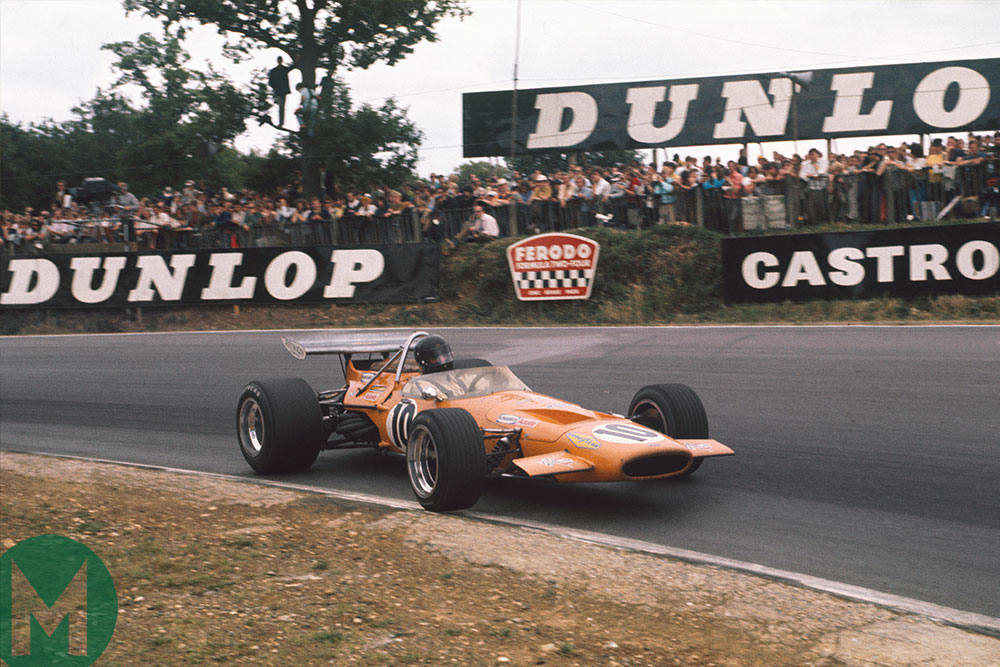 Race Retro, powered by Motor Sport will pay tribute to the late great Dan Gurney at this year’s show, held at Warwickshire’s Stoneleigh Park from Friday 23 to Sunday 25 February, with the last Formula 1 car Gurney raced on display – the McLaren M14A.

American racing driver Dan Gurney, who died in January at the age of 86, won four Grands Prix including the 1967 Belgian Grand Prix behind the wheel of his own car, the Eagle-Westlake T1G, which he entered under his Anglo American Racers banner.

He also competed in NASCAR and at the Indy 500 throughout the 1960s. While Gurney never secured the win at the Indy, he started from the front row and scored three top-three finishing positions.

Gurney, a Motor Sport Hall of Fame inductee, became involved with McLaren following the death of Bruce McLaren in 1970. He jumped into the cockpit of Bruce’s Can-Am M8D and drove it to victory at Mosport Park less than two weeks later despite having little time to drive or test the car.

He then drove the McLaren M14A in a handful of Grands Prix, and despite not winning, McLaren cited Gurney as a talisman for the team, with ‘his stoic resolve and determination helping glue it together as it grappled to find direction in the wake of its founder’s death.’

The McLaren M14A, kindly on loan from motor sport specialists Hall & Hall, was built for the 1970 and 1971 World Championship. An evolution of the previous M7A and M7C, the M14A featured rear brakes that were mounted inboard instead of outboard, was powered by a Cosworth DFV V8 and a Hewland 5-speed manual gearbox.

Race Retro Event Director Lee Masters said: “Dan Gurney was a motor sport legend and so to be able to honour him at this year’s show is a real privilege. Huge thanks go to Hall & Hall for helping to make this happen with such a significant car.”

Motor Sport Hall of Fame Live hosts showstopping displays of iconic cars including a celebration of the 40th anniversary of the ground-effects era, a tribute to David Richards and Prodrive, 30 years of Jaguar at Le Mans, and Porsche’s continued commitment to motor sport.

Visit raceretro.com to book your tickets