Force India has been taken over and renamed to Racing Point Force India, with all 59 constructors’ points taken away before the Belgian Formula 1 Grand Prix 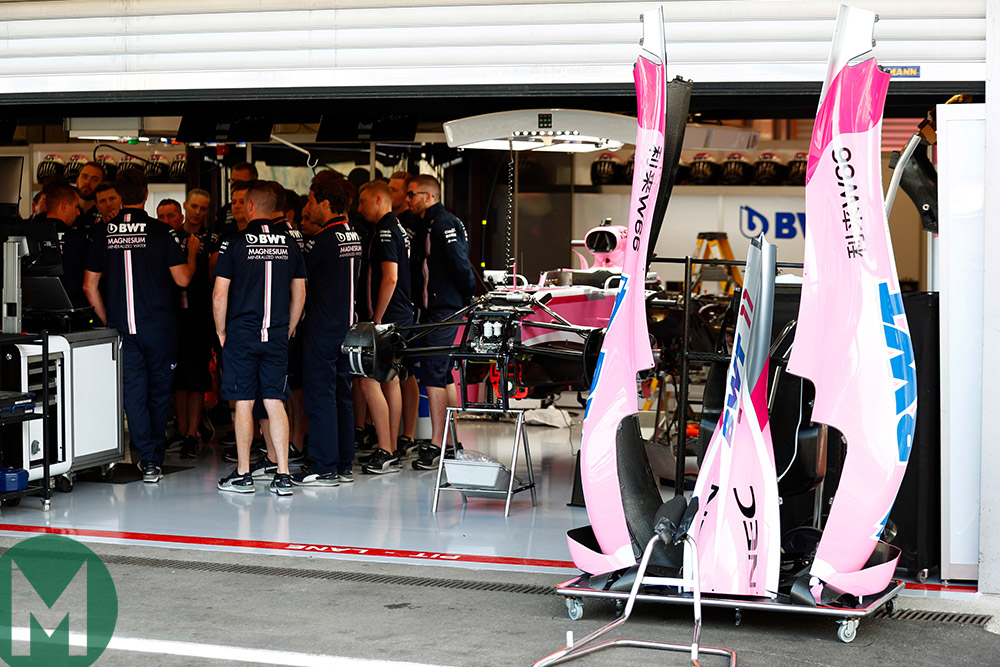 The takeover of Force India is complete, but not without some late hiccoughs that put the team’s appearance at Spa in doubt. Rumours had circulated that Force India wouldn’t be able to contest this weekend’s Belgian Grand Prix, as Lawrence Stroll acquired everything but the actual Formula 1 entry on August 16.

Vijay Mallya’s hold on the team hadn’t fully been released.

The fix was for Force India to be excluded from the championship, take with it its 59 points, and leave behind any prize money accrued.

When that was successfully negotiated, the FIA then had to accept a new entry called Racing Point Force India. And so the team enters F1 at the bottom of the pile, albeit only four points adrift of Williams and the new owner’s son. It has nine races to recoup as much of that lost prize money as possible.

Racing Point UK Ltd was registered by Lawrence Stroll as early as August 2, five days after Sergio Pérez and various others placed Force India in administration.

Three weeks later, Lawrence Stroll and his consortium finally have control of the team and two slots on the F1 grid.

There’s not yet a place for Stroll’s son Lance, though, and he spent much of Thursday refusing to confirm he’ll see the season out in the struggling Williams. But, for this weekend at least, Sergio Pérez and Esteban Ocon will be in the pink, blue and white Racing Point Force Indias, and Lance Stroll in the Williams alongside Sergey Sirotkin.

It seems things played out too late for the shake-up Mark Hughes explained to be on the cards last week, but Lando Norris replacing Fernando Alonso at McLaren for the first free practice and Gil de Ferran saying, “We’ll be taking a strategic view race-by-race at where else this might be beneficial for us over the coming Grands Prix,” hints that the dominos could still fall.

One personnel change has occurred: Otmar Szafnauer has taken the roles of team principal and CEO with immediate effect with Bob Fernley stepping down.

It has nine races to recoup as much of that lost prize money as possible.

“I would like to thank Bob Fernley for his contribution to the success of this team over the last 10 years,” Szafnauer said, “and recognise the support of the previous shareholders for making Force India what it is today.”

New owner Lawrence Stroll added that he “stood in front of the workforce at Silverstone and Brackley and applauded the achievements of this team in recent years. The strength of any company is the people that make it up and it’s a huge privilege to begin this exciting new journey with such a talented group of men and women.

“I’ve been fortunate to establish and grow a number of successful businesses, but the opportunity to take this team forward to the next level is perhaps the most exciting challenge yet.”