Alexander Albon promoted to Red Bull in rookie season, as Gasly is dropped following disappointing start to the year 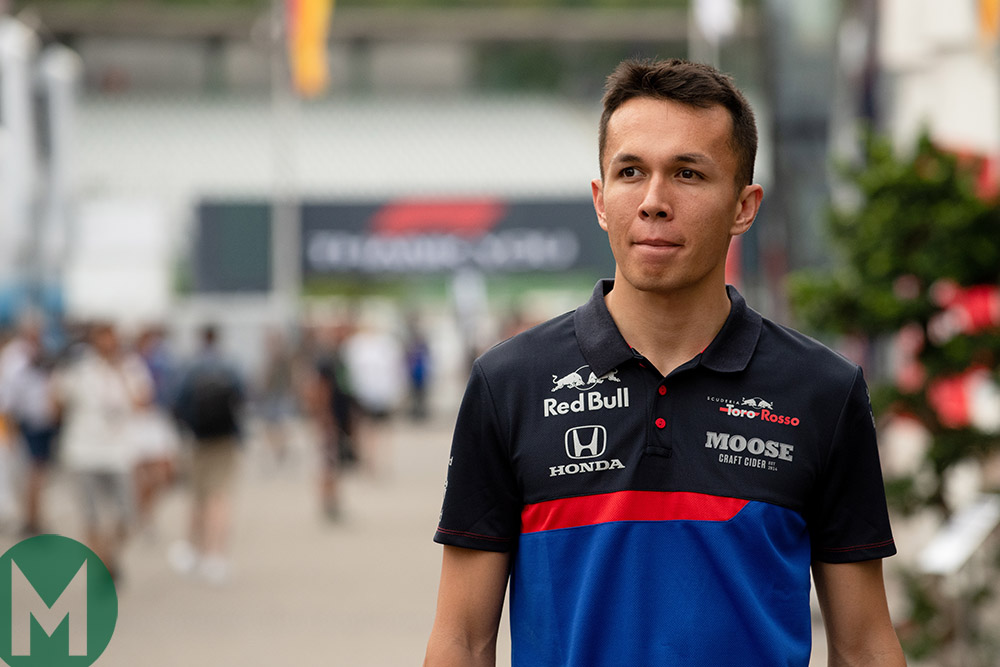 Alexander Albon has been promoted to the Red Bull team, and Pierre Gasly dropped, the team announced this morning.

Albon will partner Max Verstappen for the rest of the Formula 1 season, starting at the next race in Spa at the end of the month.

The Thai national has been promoted from the sister Toro Rosso team in his rookie season after a series of strong performances. He will be replaced by Gasly who has failed to impress in a race-winning car.

Gasly only has a third of the points of Verstappen in the drivers’ championship and was lapped by his team-mate in Austria and Hungary.

Albon now has the opportunity to stake his claim for the seat permanently, with Red Bull stating that the team will evaluate his performance with a view to the 2020 season.

“Red Bull are in the unique position of having four talented Formula 1 drivers under contract who can be rotated between Aston Martin Red Bull Racing and Toro Rosso,” the team said in a press release.

“The Team will use the next nine races to evaluate Alex’s performance in order to make an informed decision as to who will drive alongside Max in 2020.”

Albon, 23, was born and raised in London, winning British karting championship, and the World Karting Championship before moving to Formula Renault and up the single-seater ladder.

After a third-place finish in the 2018 Formula 2 championship, Albon was set to race for Nissan in Formula E before getting the call for the Toro Rosso drive.

He currently sits 15th in the drivers’ championship with 16 points, 11 behind team-mate Daniil Kvyat, who was also dropped by the senior team three years ago in favour of Verstappen.

“Everyone at Aston Martin Red Bull Racing looks forward to welcoming Alex to the Team and supporting him during the next phase of his F1 career,” the team said.