A live demonstration of Mark Webber’s Monaco Grand Prix-winning Red Bull RB8 is set to wow those in attendance at the Sir Jackie Stewart Classic at Thirlestane Castle next month.

The Adrian Newey design, which will be driven by former F1 driver Patrick Friesacher, is to be joined by a host of other historic racing machinery in an event set up by the Stewart in aid of his charity, Race Against Dementia, held in the Borders region of Scotland on June 18-19.

The front lawn of Thirlestane will be packed with both competition cars and historic road vehicles, with some – like the RB18 – taking part in a hillclimb event which will sweep up the front driveway of the historic castle.

Amongst the other machines on show will be all three of Stewart’s championship-winning cars: the Matra MS80, Tyrrell 003 and Tyrrell 006. Historic memorabilia from the 27-time GP winner’s career will also be on display. 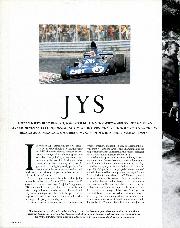 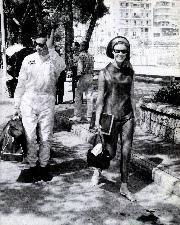 In order to appropriately mythologise Jackie Stewart, he really should be dead, the better to fulfil the time-served, cruelly macho parapsychology of his chosen sport. Not suburban-dead, felled by atherosclerosis…

Away from the action, the family-friendly event will feature some of the country’s finest culinary offerings with a ‘Taste of Scotland’ food village, as well as a ‘Makers & Creators of Scotland’ arts and crafts retail equivalent too.

Race Against Dementia was created by Stewart after his wife Helen began to suffer from the neurological condition. Its aim is to fund pioneering research to tackle the disorder, with the idea of taking an “Formula 1 attitude” of innovation in addressing dementia.

Red Bull, a team with nine F1 titles to its name, traces it lineage back to the Stewart Grand Prix team set up by Stewart and his son Paul, the Milton Keynes-based squad being taken over by Jaguar in 2000 and now its current owners in 2005.

Mark Webber claimed the ’12 Monaco GP win in scintillating fashion, leading home a train of Nico Rosberg, Fernando Alonso and Sebastian Vettel, the top four covered by 1.3sec. Friesacher will demonstrate the RB18 twice on both days of the Classic.