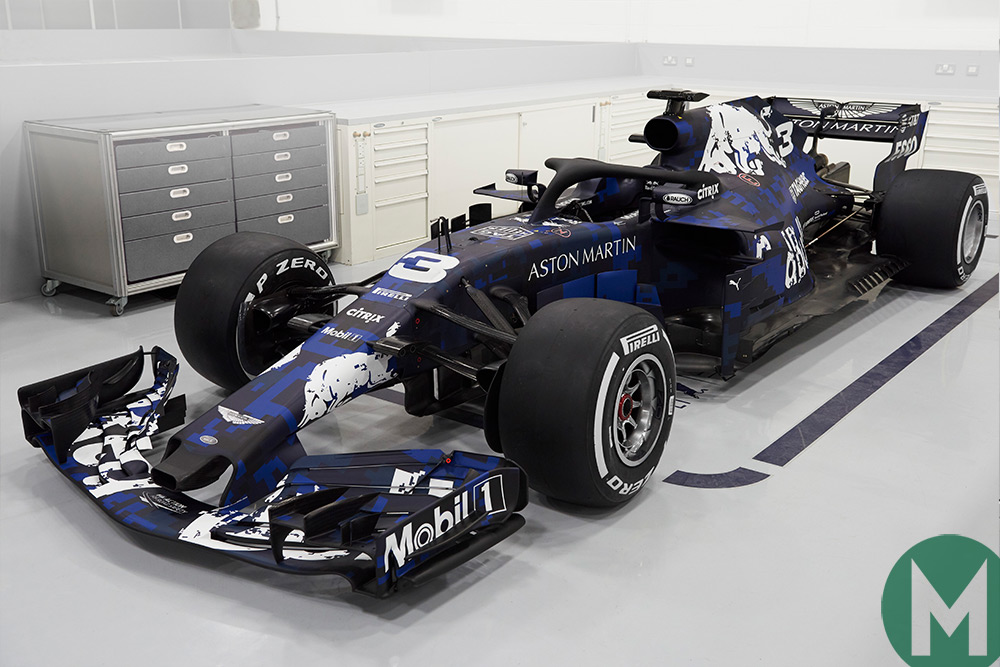 Red Bull Racing has officially launched its Aston Martin-Red Bull Racing-TAG Heuer RB14 ahead of the 2018 season with a special pre-season livery.

The team has launched earlier than in recent years, as Christian Horner revealed in a Motor Sport podcast, in a bid to hit the ground running.

Daniel Ricciardo, who has been vocal in his optimism ahead of 2018, will shakedown the car as part of a Silverstone filming day today ahead of pre-season testing Barcelona next week.