Chris Amon has passed away, aged 73, after an extended fight with cancer. 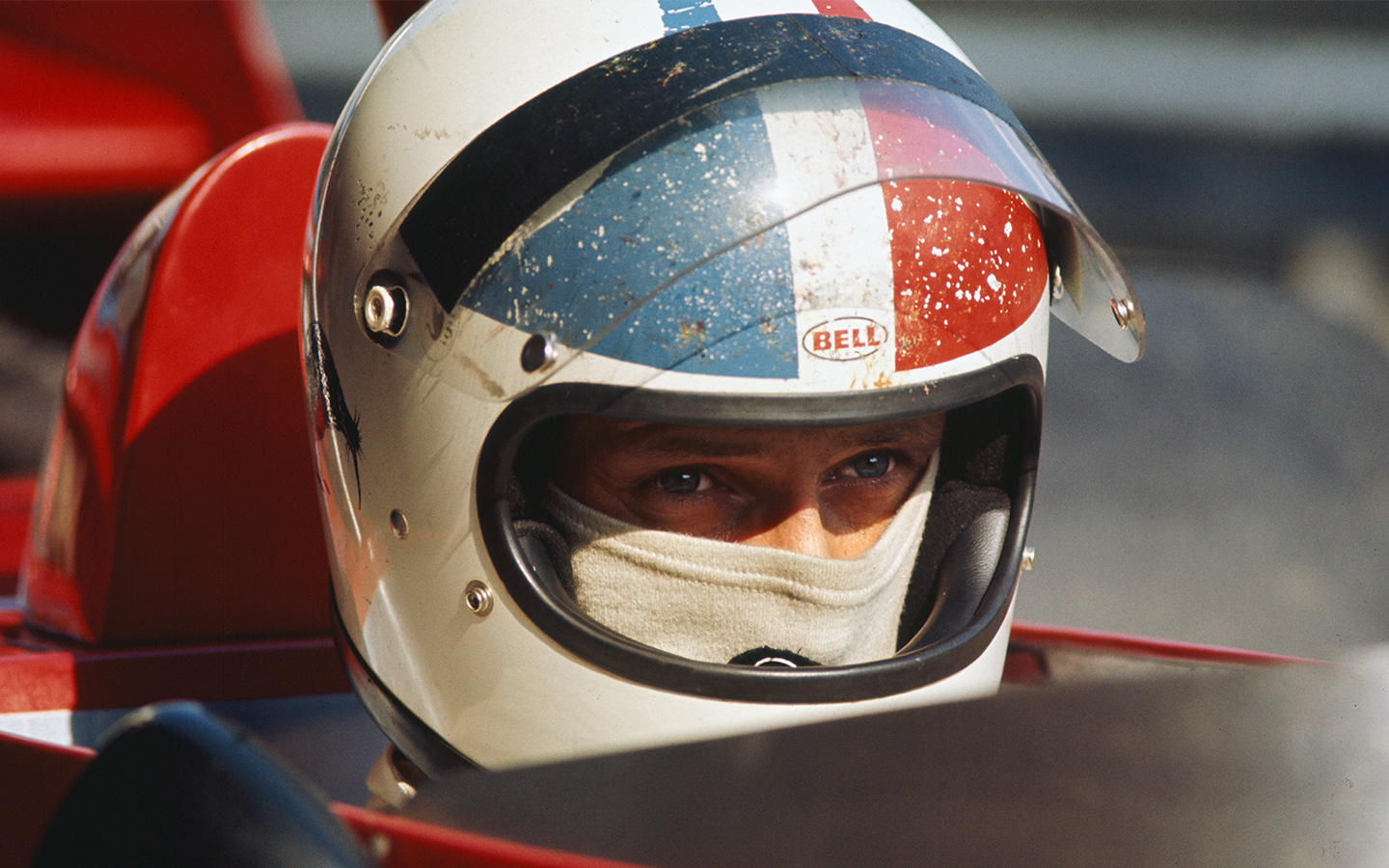 Never have statistics lied more diabolically than when they summarise the F1 career of Amon 1963-1976. In a career encompassing spells at Ferrari and Matra, he didn’t win a single championship-status Grand Prix. Yet he is one of the greatest Grand Prix drivers who ever lived, one who reached heights that only a handful have ever done. In the period 1968-72 only Jackie Stewart produced a comparable number of virtuoso performances – races where the driver demonstrated a degree of ability beyond any of his peers on the day. But with Amon, none of those days were rewarded.

In the off-season Tasman races, he went wheel-to-wheel with Jim Clark and only narrowly lost out to him for the ’67-68 title. One year on and he defeated Clark’s replacement in the works Lotus, Jochen Rindt, to take the title fair and square. Rindt once famously said the only drivers he considered rivals were Stewart and Amon. The great Jacky Ickx was paired alongside Amon at Ferrari in ’68 and is quite frank in his admission: “Chris was faster than I was, a magnificent driver.”

The statistics of ’68 bear that out. He should have been world champion then, his second year with the Scuderia. On the front row in eight of the 11 races he contested, including poles at Jarama, Spa and Zandvoort, he retired from a lead of almost a minute in Spain when a fuel pump fuse blew. In Spa, after qualifying on pole by almost four seconds, he retired from the lead with a holed radiator. At Mont Tremblant, a broken weld on a clutch plate fork left him making clutchless changes from lap eight, but he was leading by over a minute when the gearbox finally cried enough 60-odd laps later. The fastest car-driver combination of the year, had he won those races the title would comfortably have been his. By ’69 the heavy, thirsty, under-powered Ferrari was hopelessly outclassed, yet only mechanical failures kept him from winning at both Monaco and Montjuich (where he was leading by 40-seconds). It was the stuff of genius, to be ranked up there with the Fangios and Clarks. 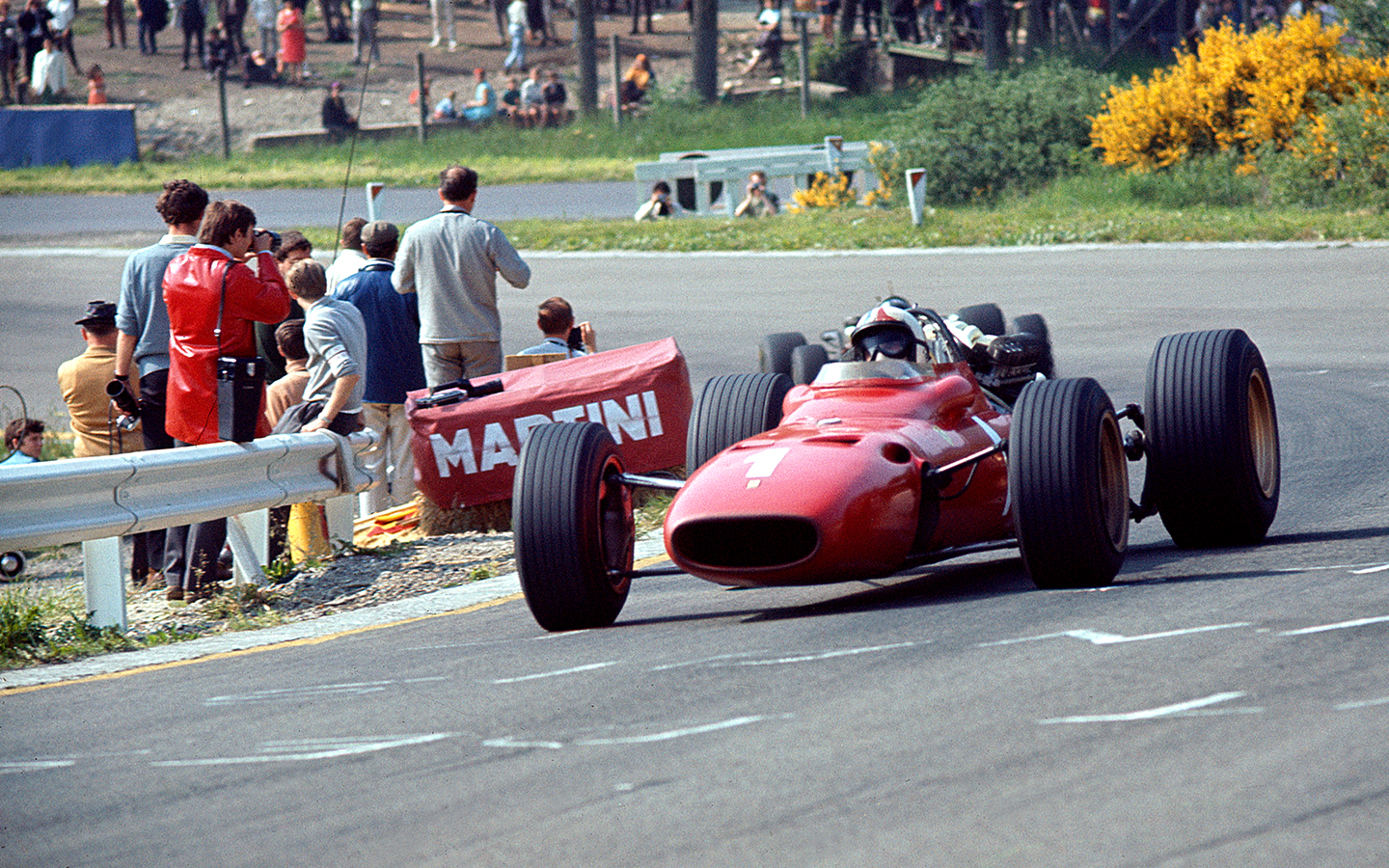 But his day of days was probably at Clermont Ferrand in 1972 with Matra. “Just every now and then you get a little feeling that perhaps there’s no-one out there who can do it quite as well as you today,” was how he summarised that day when we spoke about it 27 years later. Having put the new MS120D on pole almost a second clear of the field, he proceeded to leave Stewart, Fittipaldi, Ickx, Hulme et-al in his dust, effortlessly extending his lead each lap around this most demanding and dangerous of tracks. Finally, it seemed, he was going to crack it. But no. A puncture. After limping to the pits for a replacement tyre, he was back in eighth place as he rejoined. In the remaining laps he was even more mesmerising, breaking and re-breaking the lap record as he charged back up to third place, just shy of depriving Fittipaldi’s Lotus of second at the flag. It was probably one of the greatest drives of anyone’s F1 career. Ever.

But it was probably also the day he surrendered himself to fate – as he hesitatingly revealed during that 1996 interview for Motor Sport. “From that day on, I started to lose interest. Subconsciously, I thought: ‘If it’s not going to work on this day, it’s never going to work.’” He paused after saying that, like he was considering whether to say what came next. “Yes, I’m pretty sure that’s what happened. I never again felt that I really dug down deep. I was never quite 100 per cent after that.” 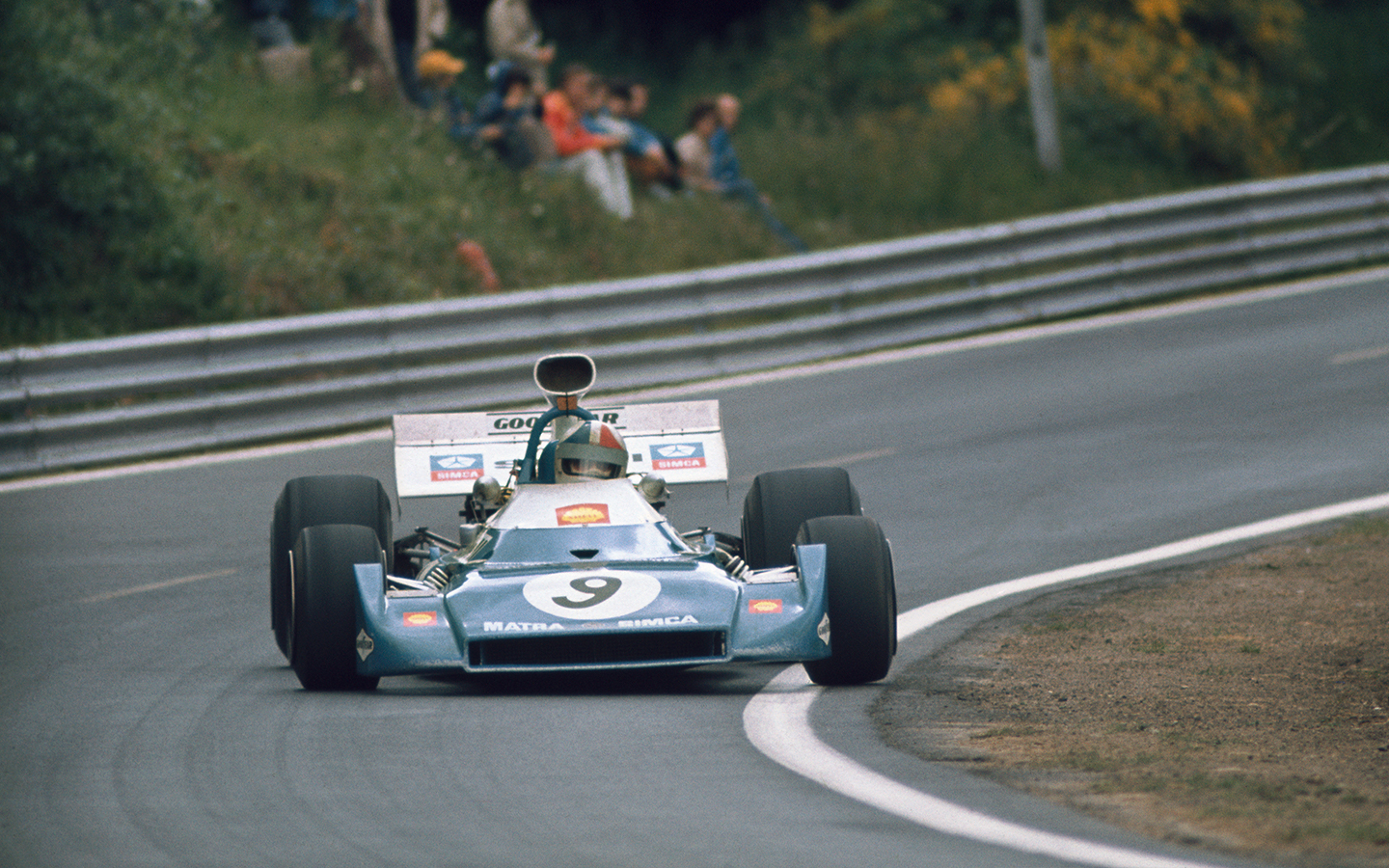 Even so many years later it was quite a startling admission, but he was a complex character – as a driver at any rate. In real life he was affable, easy, relaxed, his lovely dry sense of humour often directed at himself. But as a driver, he was a curious mix of casual and ambitious. “I can’t put my finger on quite what it is,” said Stewart once, “but I know that it’s there and that it’s almost wilful how he compromises his chances with his choices out of the car.”

The journalist Ted Simon, in his great inside account of the 1970 season The Chequered Year, wrote:

‘He seemed deeply concerned with himself and troubled by his concern. Over the year he became more and more like a man searching in himself for a flaw, or a broken part that could be repaired.’

The frustration could erupt explosively and Stewart recalled how Amon’s mechanics classified his outbursts in ascending order of intensity: white, rainbow and purple. The conflicts never did seem to be resolved. Rather he just surrendered and, as he admitted in ’96: “After ’72 I was really in the back of my mind trying to get back to New Zealand.” He stayed in F1 for another four years in a variety of low-rent uncompetitive cars – including, improbably, his own creation, the Amon AF101 in ‘74 – but spurned competitive drives during that time: a return to Ferrari for ’74, a Brabham BT44 drive mid-way through that year (the seat Carlos Pace eventually took), a McLaren drive for ’77 alongside Hunt, a second Wolf alongside Scheckter, also for ’77. The success might have delayed his return home from where he’d been plucked as a teenager. 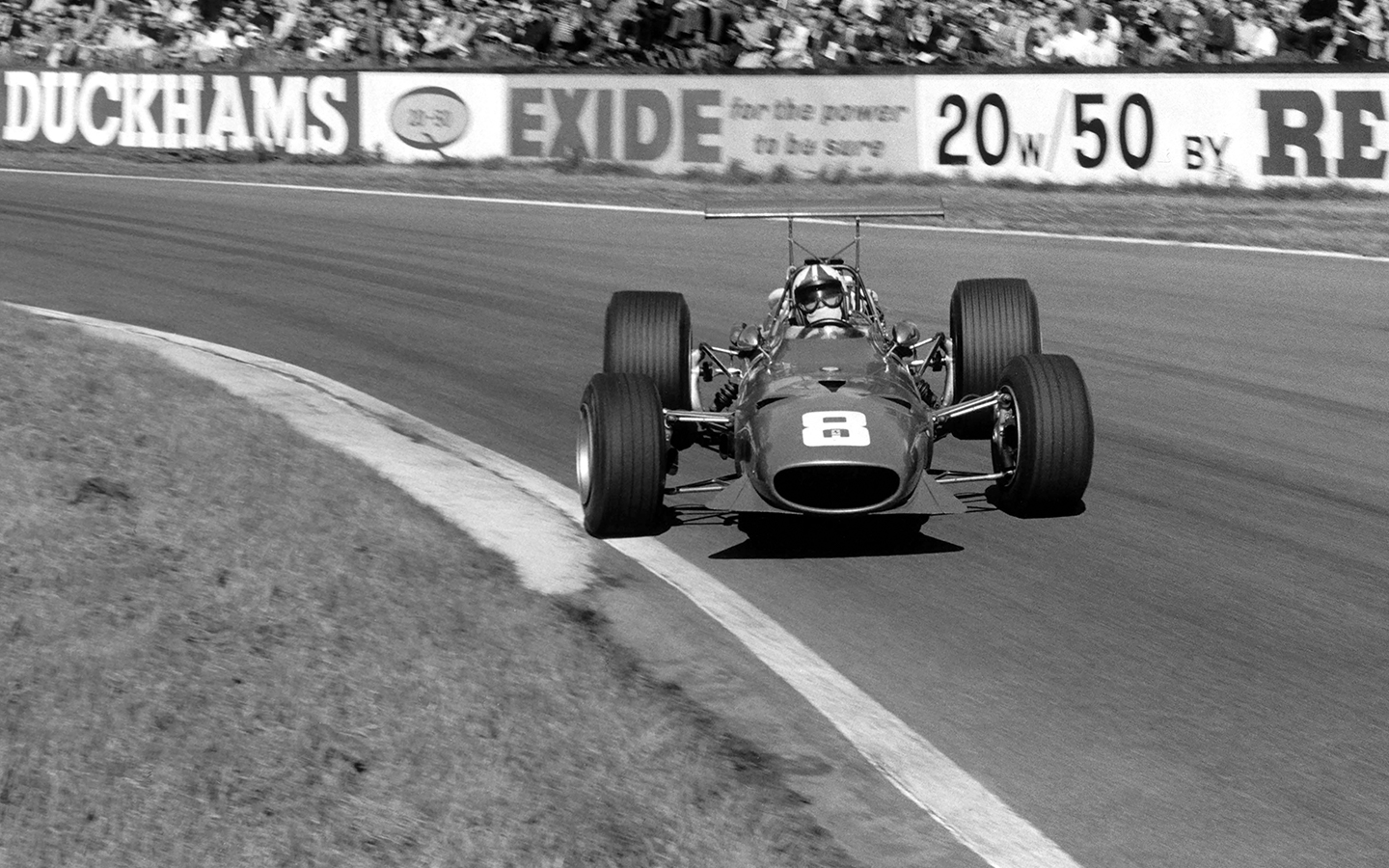 Pulled out of New Zealand obscurity – he was racing a Maserati 250F locally as a 17-year-old – straight to F1 by a visiting Reg Parnell (who reckoned only Fangio had ever driven a 250F like he’d just witnessed), Amon had a whale of a time off track for the next few years. Especially in partnership with flat-mate Mike Hailwood. On-track, the talent meant things just kept happening for him and hindsight says that in Bruce McLaren he may have met, and then walked away from, the man who would have facilitated Amon becoming one of the recognised all-time greats, who might have got those stats to match the talent. He completed thousands of miles tyre testing for Bruce and the Firestone engineers were astonished at the fidelity of his feedback. They once tried a trick on him, replacing the tyres that had just come off with the same set. They just shook their heads and smiled when he returned and said: “These feel identical to that last set. Are you sure you haven’t made a mistake and put them on again?” He left McLaren for the glamour of Ferrari where Mauro Forghieri went on record to state that as well as being a driver worthy of comparison to Clark or Stewart, Amon was the best test driver he ever worked with. In the ‘70s his retainer from Goodyear was even greater than they paid Stewart.

When he took a drive with the tiny little Ensign team in ’75, it seemed just the last dregs of a once great career. In a sense it was, but in ’76 he gave a few astonishing reminders of the great days. He had the car up to 3rd in Belgium before its suspension broke and put him upside down. He qualified a stunning third for the Swedish Grand Prix, out-pacing the Ferraris. Again a mechanical failure led to a heavy crash. He was on the third row at Brands. I caught up with him again when he was a guest of Toyota’s at the 2003 Australian Grand Prix and he said of that Ensign period: “I’d question whether that era really had as much depth of talent as in my earlier career. Because I know that I wasn’t driving at my best by then and I shouldn’t have been able to do the things I did with that car.” He walked away after Niki Lauda’s Nürburgring crash after noting that there’d been no marshals there to help the stricken driver. He finally got to go home to the farm – with his wife Tish – in ’77. And good things were grown there.

Amid the glow of the hearth in the mid-90s, and probably with a glass of malt in his hand, he admitted that some frustration remained. “But in a very soft way now, tinged with a lot of fondness.” 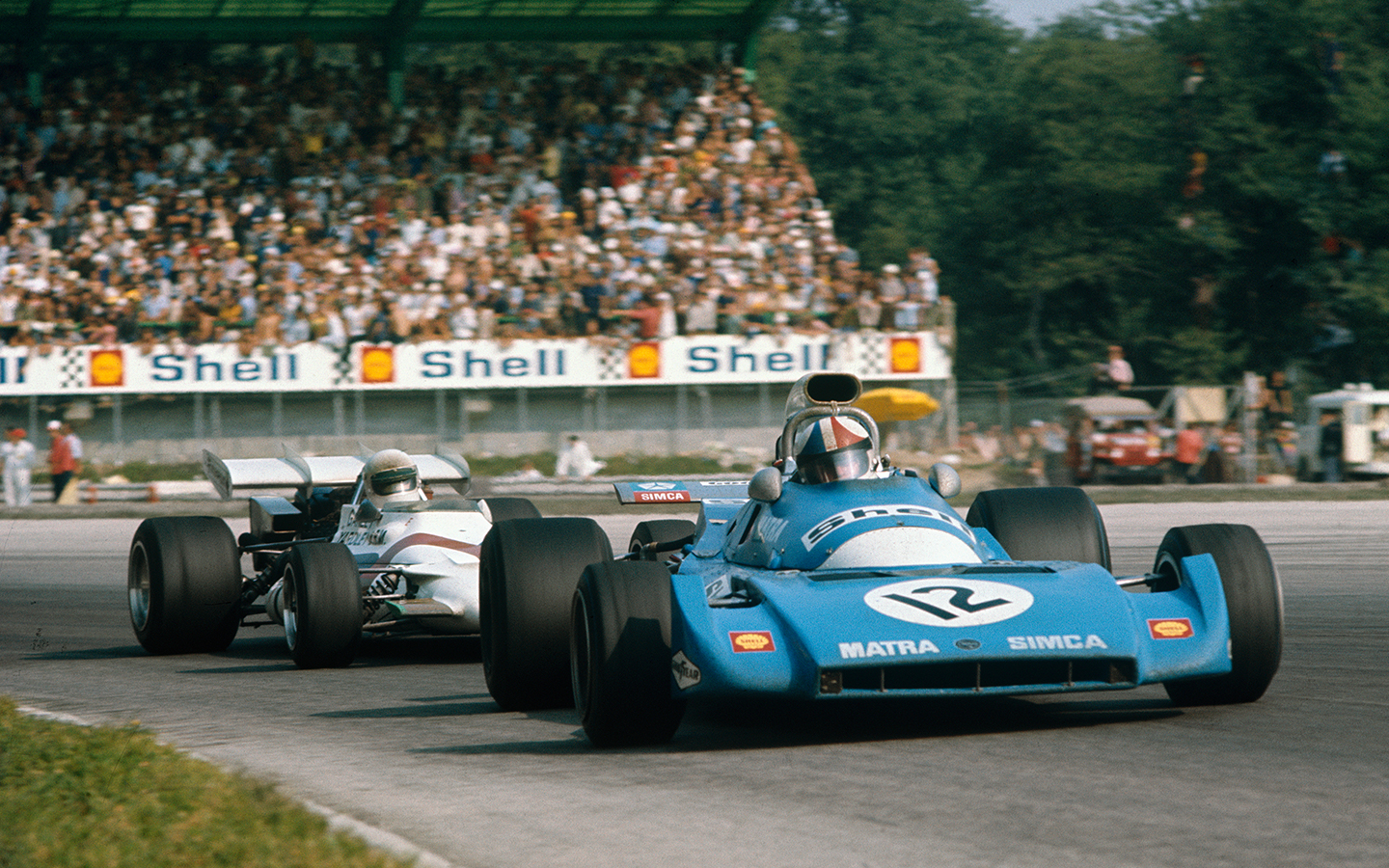 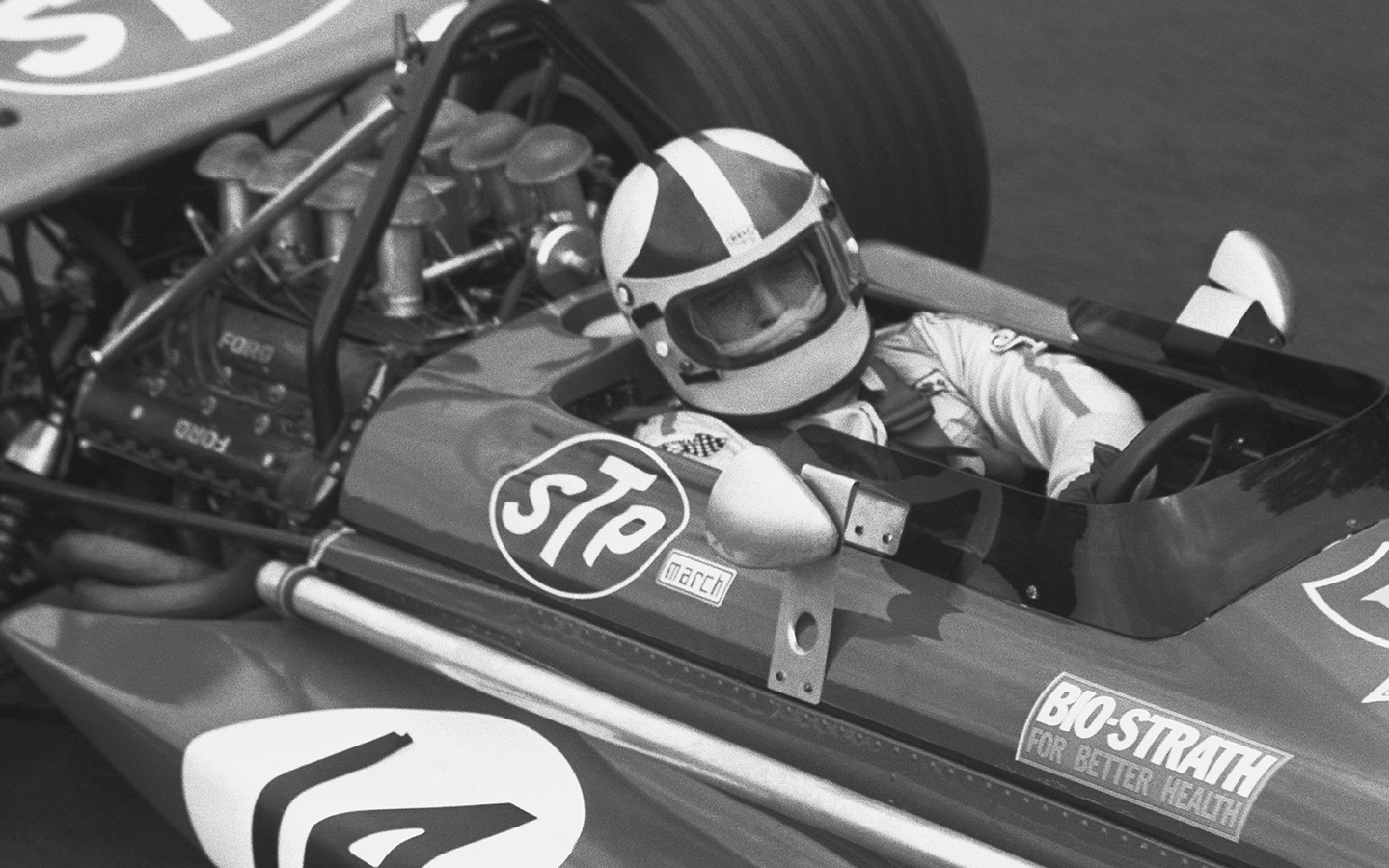 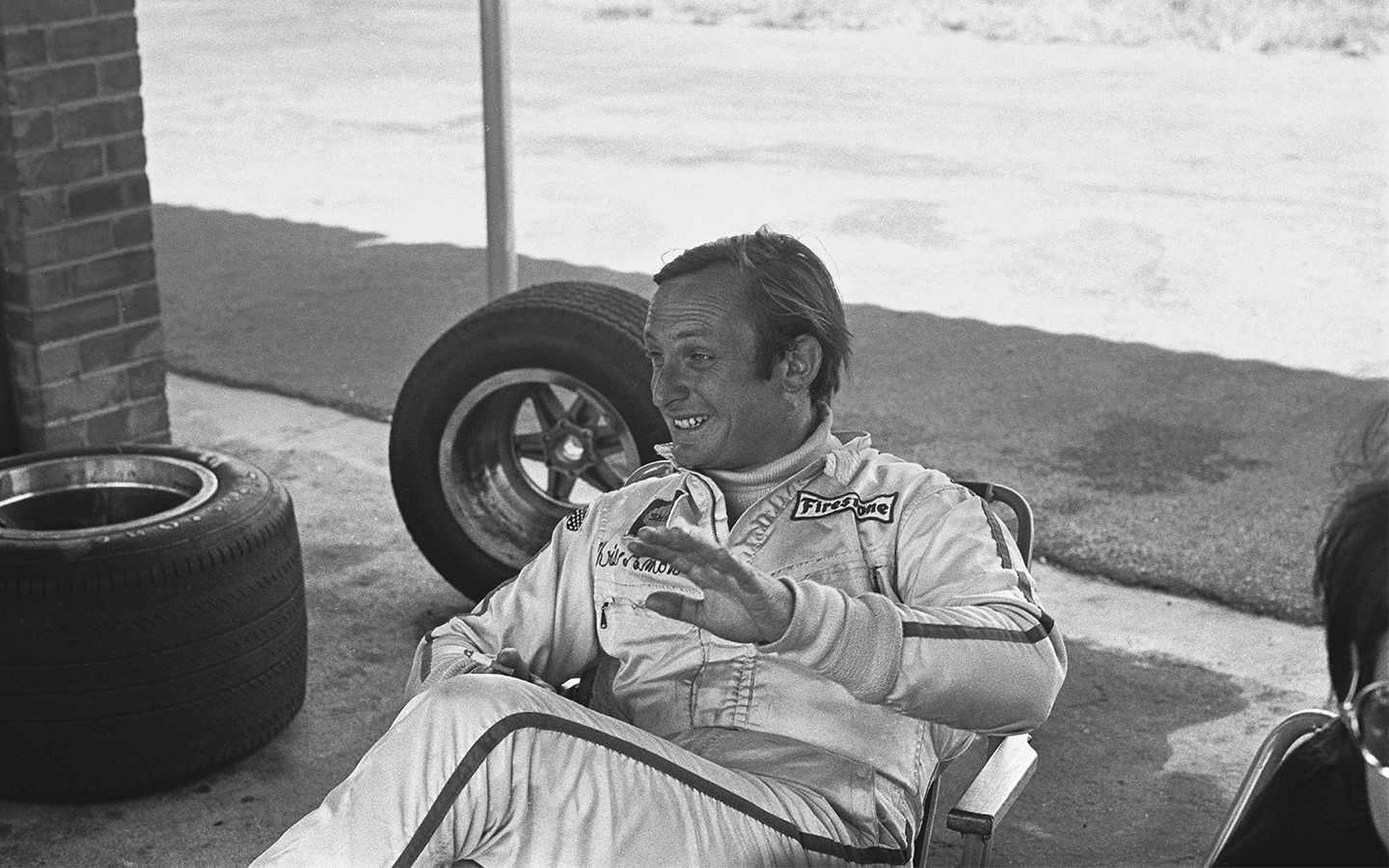