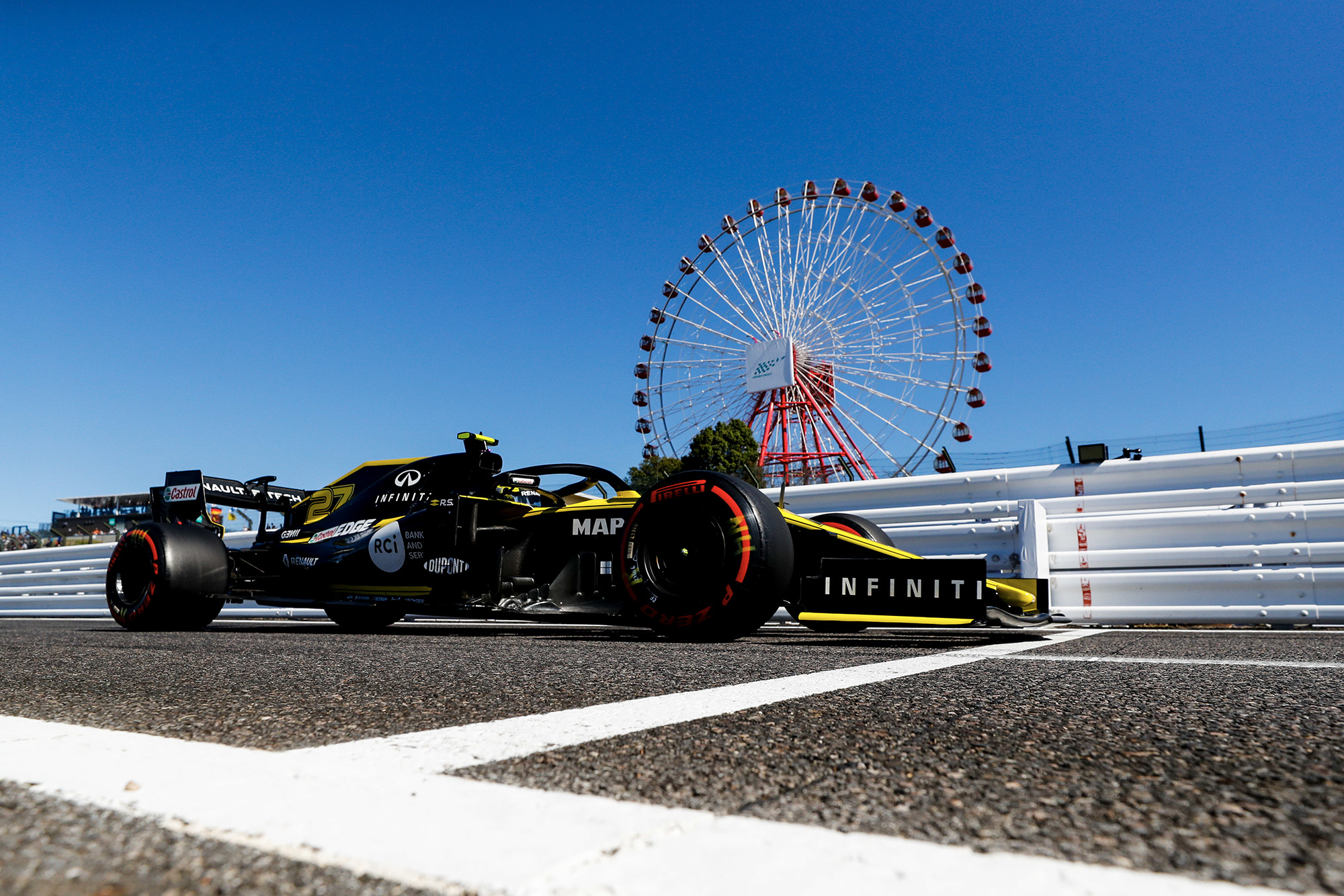 Renault has said that it will not appeal the team’s disqualification from the Japanese Grand Prix for using an illegal system that changed its cars’ brake balance without driver input.

However, it described the penalty as “disproportionate to any benefits the drivers derived”, saying that the system “reduces the driver workload without enhancing the performance of the car”.

The driver aid came to light when Racing Point spotted the Renaults’ brake balance display changing in onboard footage and made a formal protest to the sport’s governing body, the FIA.

After hearing from Renault, stewards found that the system breached the sport’s regulation that drivers must drive the car alone and unaided.

They concluded that Renault’s brake balance adjustment system “acted as a driver aid, by saving the driver from having to make a number of adjustments during a lap”. This put the team in contravention of F1 sporting regulations, even though the brake system did not infringe technical regulations.

Daniel Ricciardo and Nico Hülkenberg were stripped of the points they earned from finishing sixth and tenth, promoting Lance Stroll and Daniel Kvyat into the top ten finishers at Suzuka. 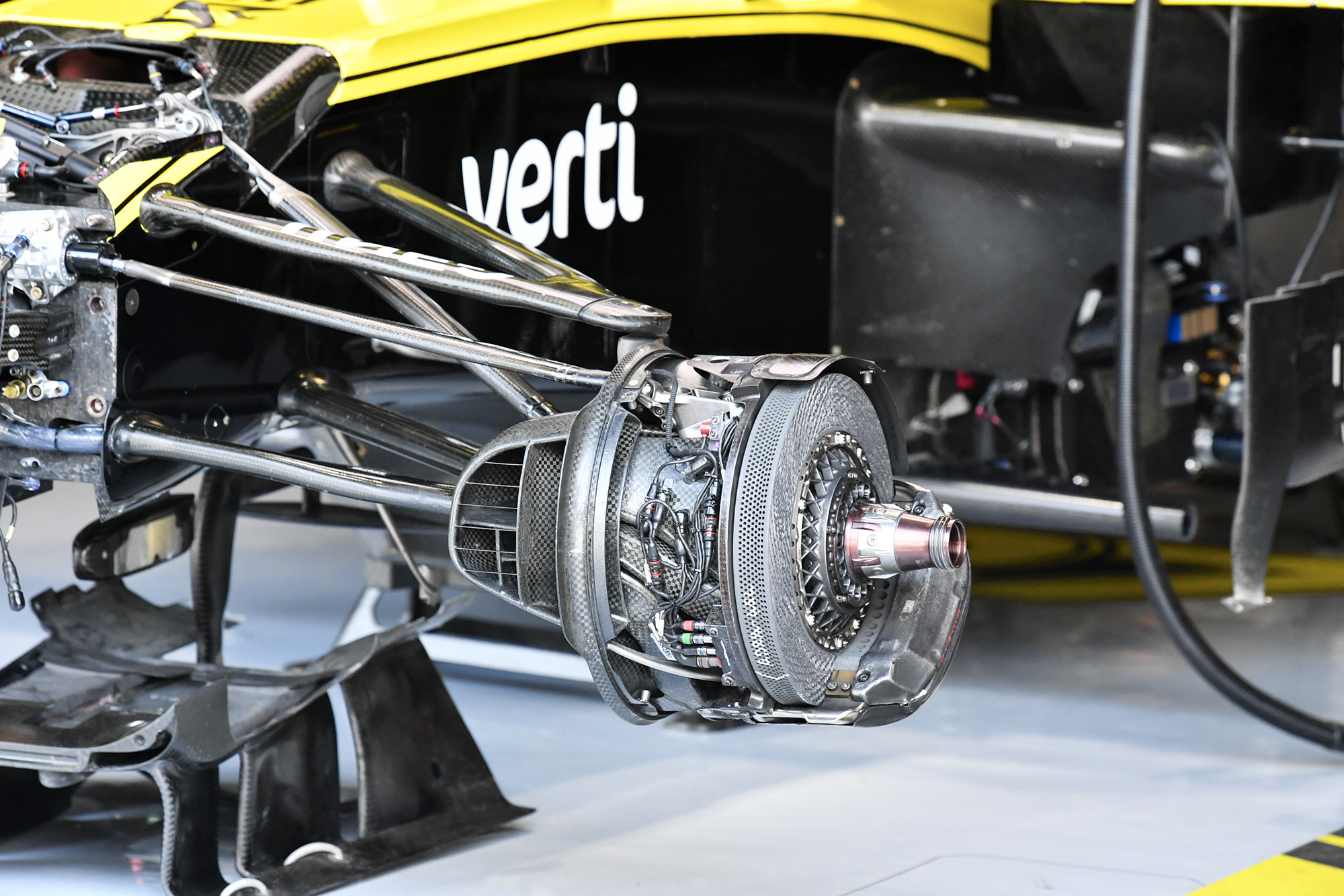 Earlier in the year, Alfa Romeo’s drivers were penalised under the same sporting regulation for their cars’ clutch software and were given a 30-second time penalty equivalent to an in-race stop-go sanction.

Renault pointed out the discrepancy between this punishment and its own. “We regret the Stewards’ decision and, in particular, the severity of the sanction applied,” said Renault in a statement posted on social media.

“In our opinion, the penalty is not proportionate to any benefit the drivers derived, especially when used within the context of a system confirmed fully legal and innovative.

“It is also inconsistent with previous sanctions for similar breaches, as acknowledged by the Stewards in their decision, but expressed without further argumentation.

“However, since we have no new evidence to bring other than that already produced to demonstrate the legality of our system, we do not wish to invest further time and effort in a sterile debate in front of the International Court of Appeal concerning the subjective appreciation, and therefore sanction, related to an aid that reduces the driver workload without enhancing the performance of the car. We have therefore decided not to appeal the Stewards’ decision.”

Renault’s statement also suggested that the team was unaware that there could be an issue with the system, adding that it would introduce “stronger internal processes before innovative solutions are brought on track”.

Racing Point lodged its protest after the Japanese Grand Prix, accusing Renault of having a pre-set lap distance-dependent brake bias adjustment system that breached technical regulations and acted as an illegal driver aid.

The team’s claim, set out in the FIA decision, said: “The operation of the system can be seen in the onboard video footage from the car. It shows the brake balance display on the steering wheel changing without driver input.”

Renault denied the accusations, saying that part of Racing Point’s claim was based on “allegations from a former Renault employee”.

It said that the brake bias dash display could change “without the driver’s physical input” because of a confidential system, disclosed to the FIA but not described in the decision document.

However, they also said that it constituted a driver aid and breached Article 27.1 of the F1 Sporting Regulations, which require a driver to drive the car alone and unaided.