Red Bull could be set to lose Renault power, as the McLaren-Honda divorce nears conclusion 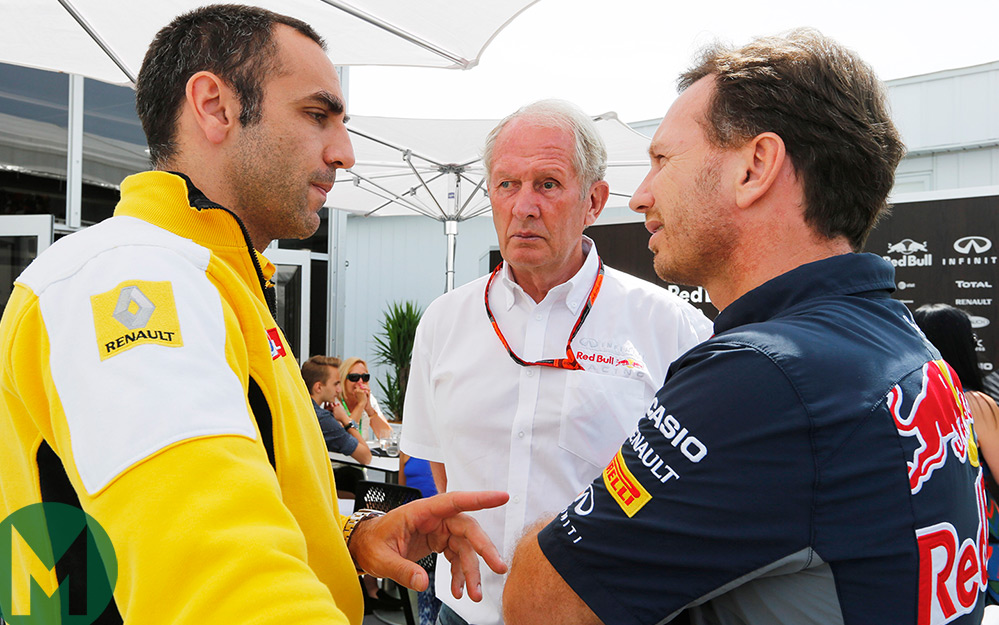 Part of the fallout of the McLaren-Honda split (expected to be confirmed tomorrow) appears to be that Renault will be cancelling its partnership with Red Bull, effective as from the end of next season.

The way the dominoes are falling, Red Bull’s surrender of its Renault engine supply for 2018 onwards for its junior team Toro Rosso (in order to facilitate the financially rewarding Honda supply) seems to have played its part in Renault deciding to annul the full Red Bull agreement that currently runs until the end of 2020. The relationship has long been a difficult one, with Renault feeling it received relatively little credit during Red Bull’s multiple world championships between 2010 and 13 and a lot of public criticism from the team in the hybrid era. Now that Renault is on the verge of announcing its agreement to supply McLaren (in addition to its own works team), the Red Bull partnership is something it clearly feels it can do without.

All of this strongly implies that Red Bull’s only engine option will be extending its Honda supply from Toro Rosso to include also the senior team for 2019 and ‘20. The new engine formula is set to be introduced after 2020 – at which point Porsche is expected to enter the fray, quite possibly as owners of the current Red Bull team (see here).

So the McLaren-Honda-Red Bull-Renault-Porsche stories seem have all merged into one. Porsche is reportedly now working flat out on single cylinder prototypes with a big team of engineers, even though the final format of the 2021 engines has not yet been confirmed. There is currently disagreement between the manufacturers about whether the new engines – set to continue as V6 1.6-litre turbos – will feature the current ERS-h technology. Mercedes wants to continue with it, others would prefer it deleted in order to simplify the technological challenge and contain costs (with the added benefit of increasing the sound volume).

Other dimensions to the Red Bull-Renault story include the effect it may have on the plans of its drivers Daniel Ricciardo and Max Verstappen, both are expected to be heavily in demand on the marketplace when their contracts expire at the end of 2018. It is significant that Valtteri Bottas’ contract extension at Mercedes – announced yesterday – is only for one year. One of Renault’s conditions for agreeing to annul its Toro Rosso supply has been having Carlos Sainz become a works Renault driver next year (albeit only on loan from the Red Bull group). It could well be Red Bull need to recall Sainz to fill in a vacancy at the senior team if it cannot retain both Ricciardo and Verstappen into 2019.

With Honda benefitting from considerable technical help from an Ilmor group that includes ex-Mercedes engine engineers, there is of course realistic hope that Honda will finally make a competitive breakthrough next year.

McLaren’s decision to annul its engine partnership with Honda is having reverberations through the whole field.