Renault has revealed what it thinks the Formula 1 cars of the future should look like a decade from now.

Labeled R.S. 2027 Vision, it is an interactive open-wheel racer with transparent cockpit protection. Power, it says, would combine for 1 megawatt, or more than 1300bhp, from a V6 with a two-part kinetic recovery system generating 500kW. It would feature four-wheel drive and four-wheel steering, and high-density batteries would halve the fuel tank capacity and allow full-electric mode for the pitlane. There would be no more need for safety cars, with autonomous mode built in.

Fans would have access to telemetry, and large LEDs in the wheels would show car position and energy levels.

Renault isn’t the first to reveal its idea of the future, Ferrari and McLaren have recently created similar concepts. 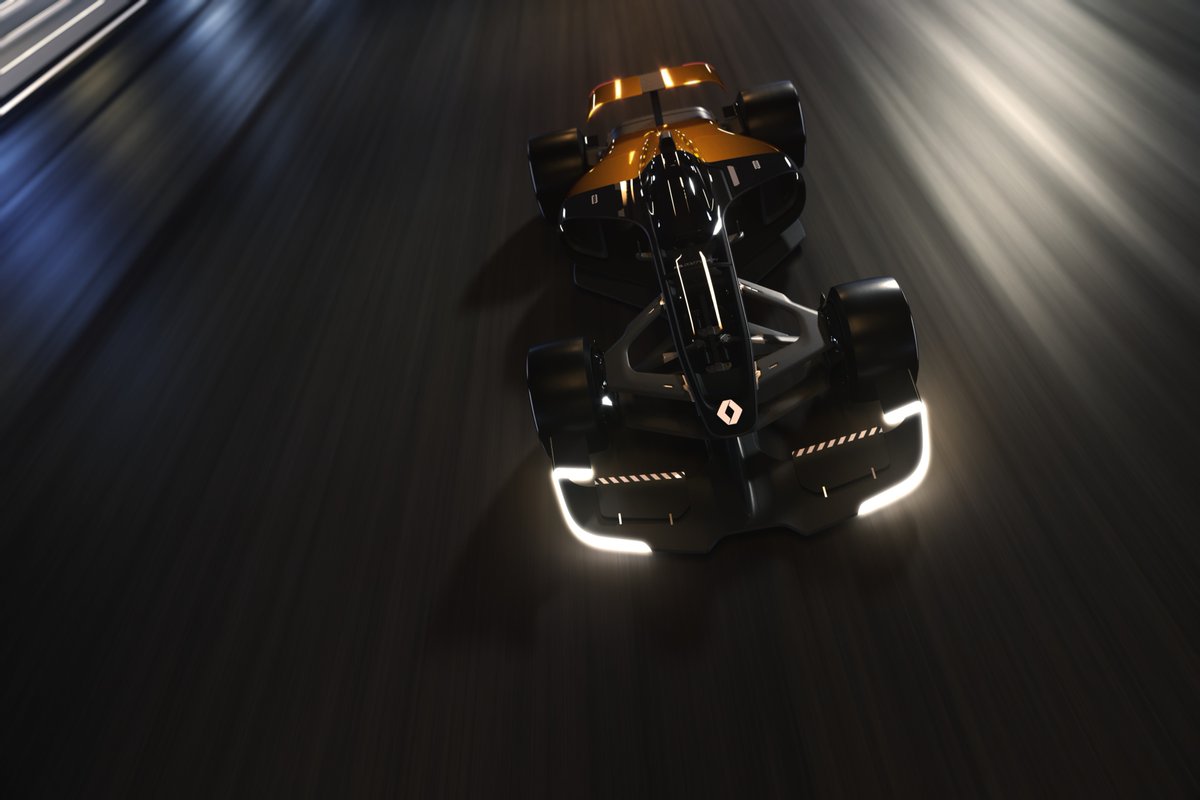 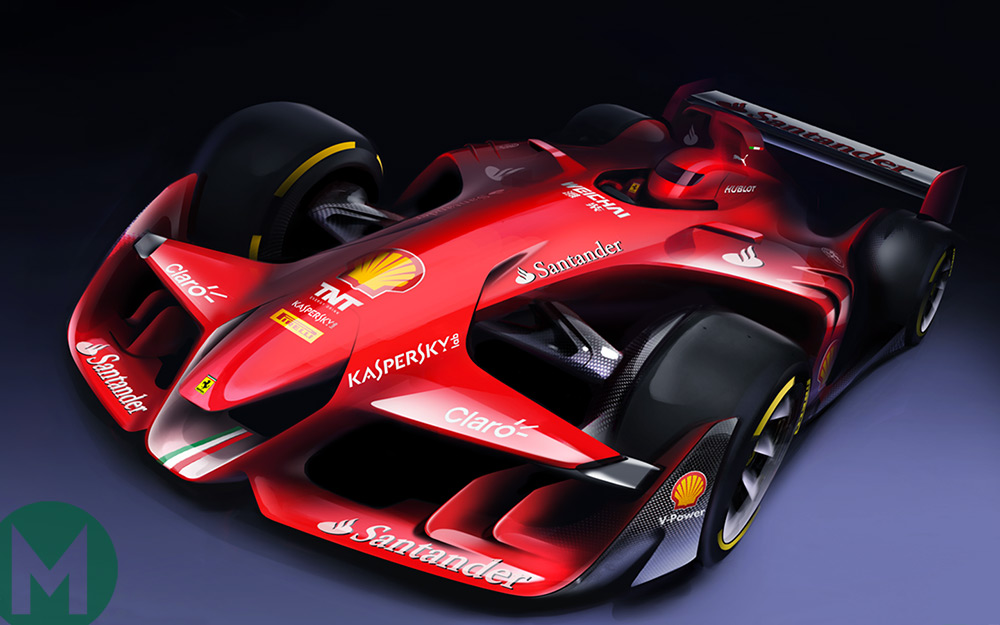 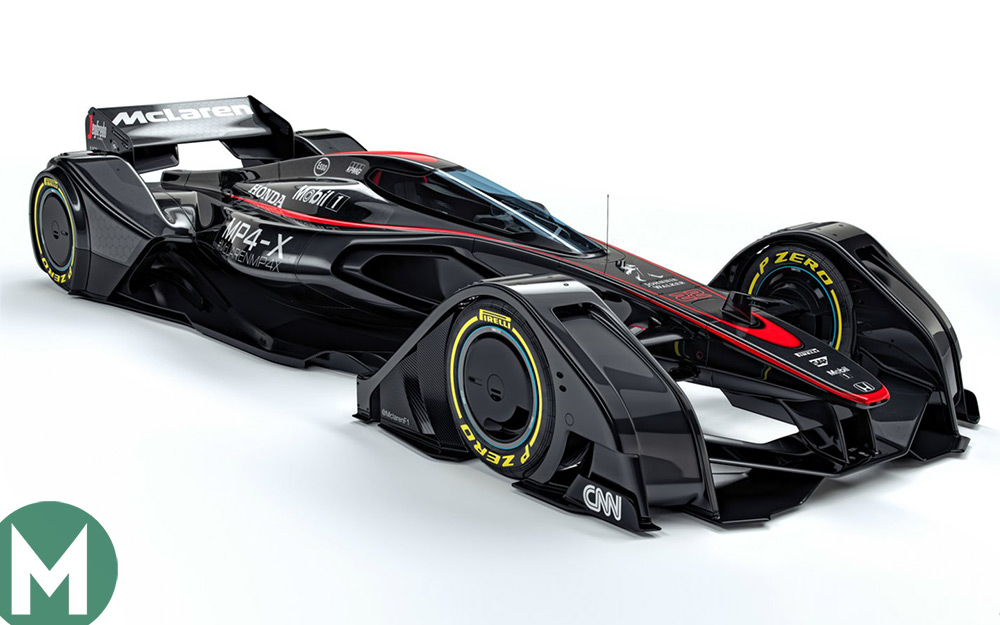 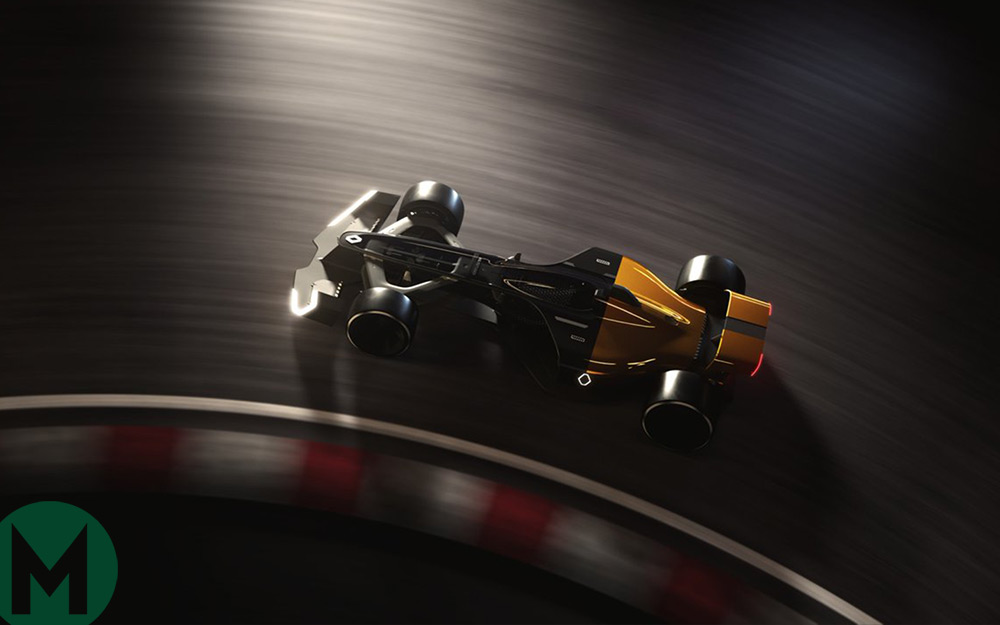 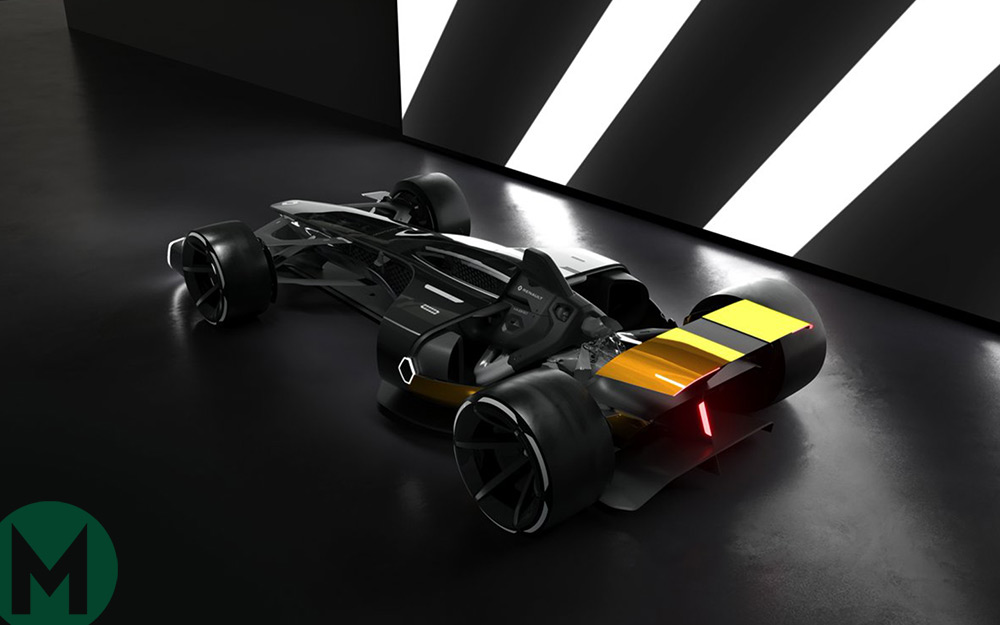 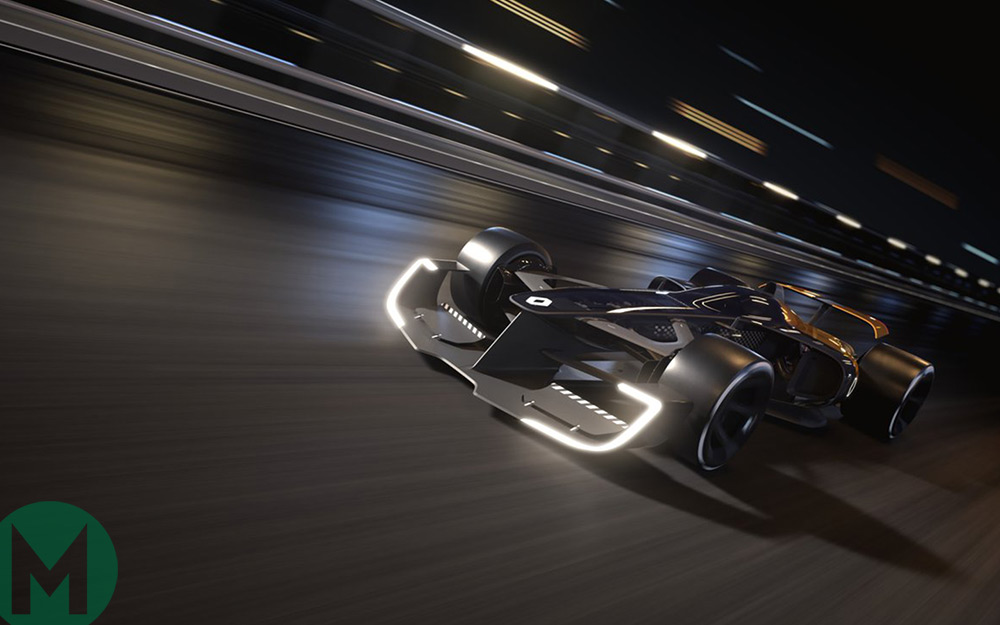 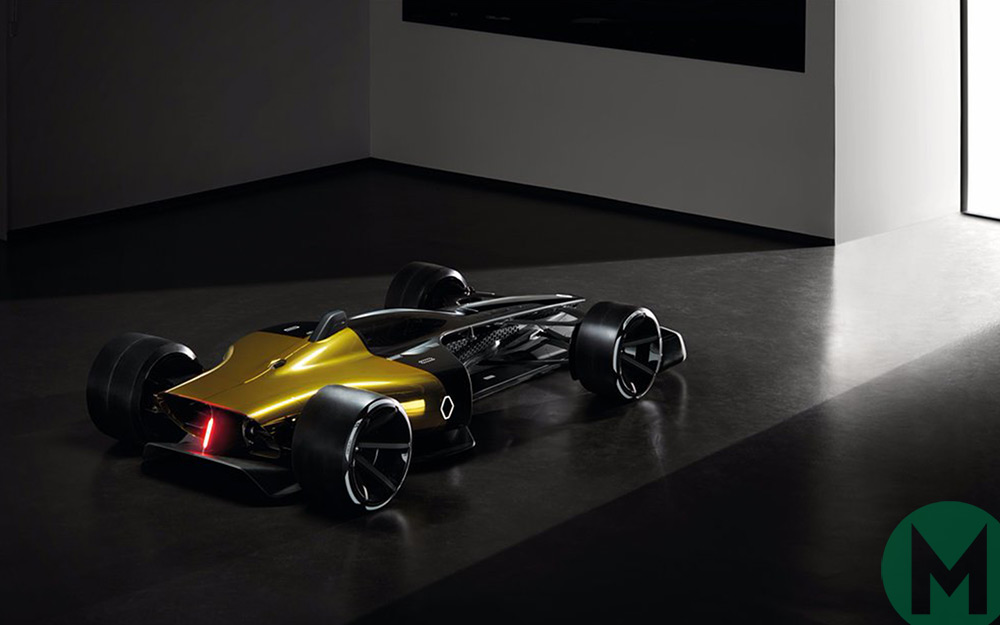 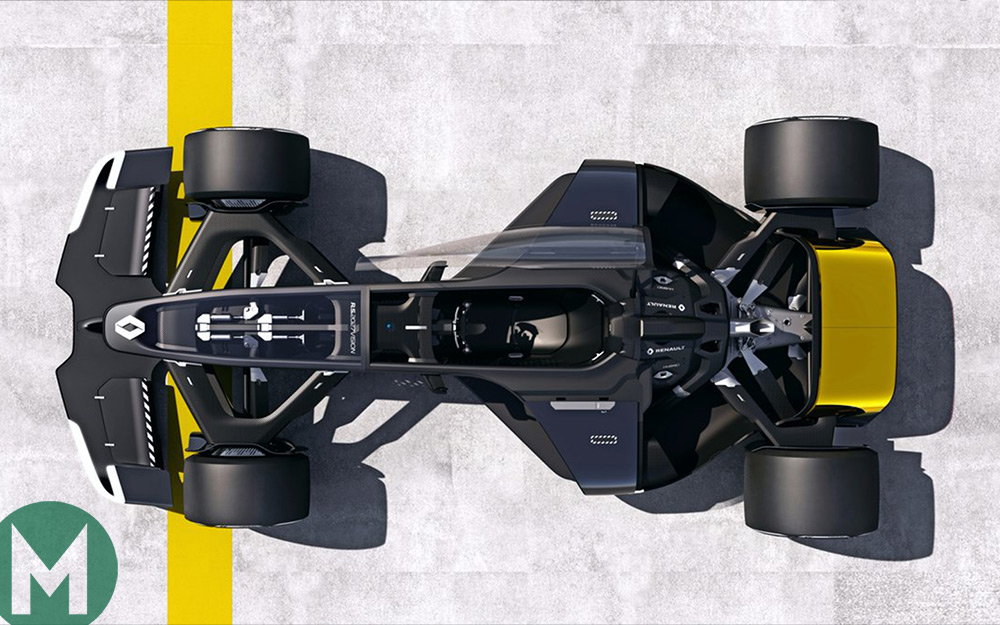 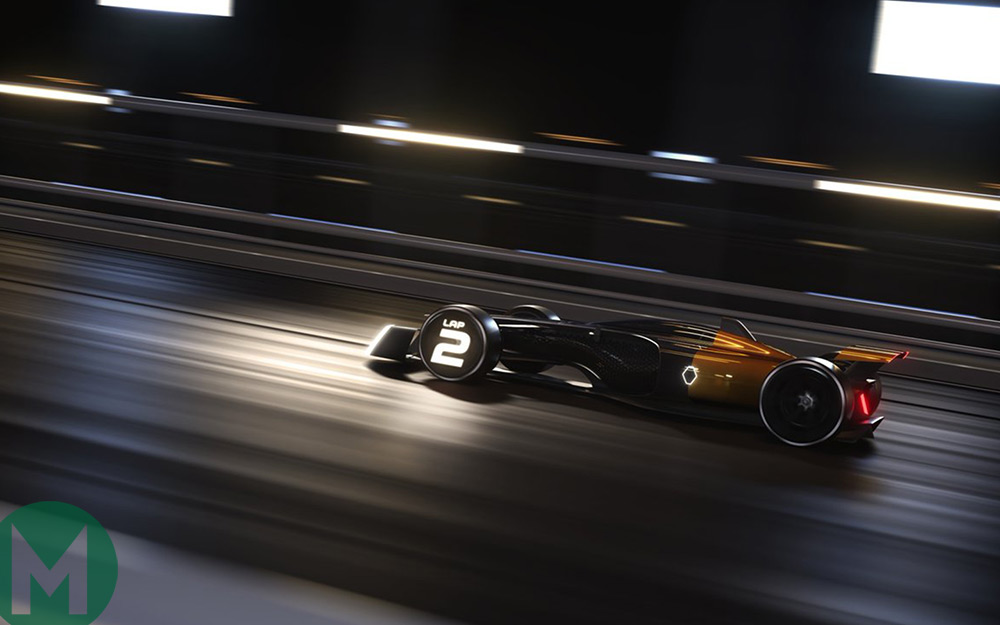 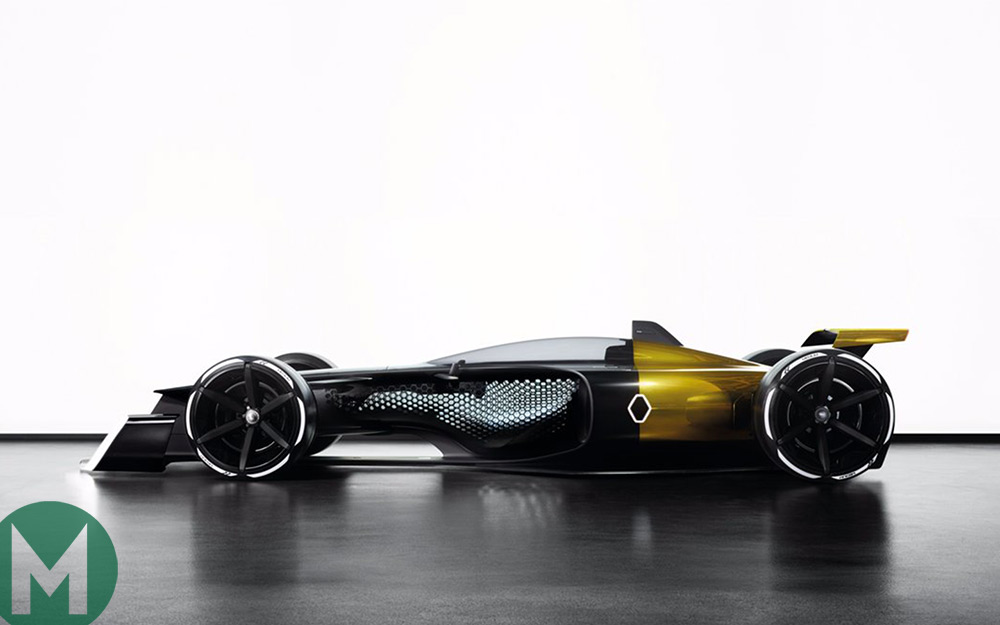