Adrian Newey’s reputation speaks for itself. But what of his book-writing skills? Mark Hughes reviews How to build a car 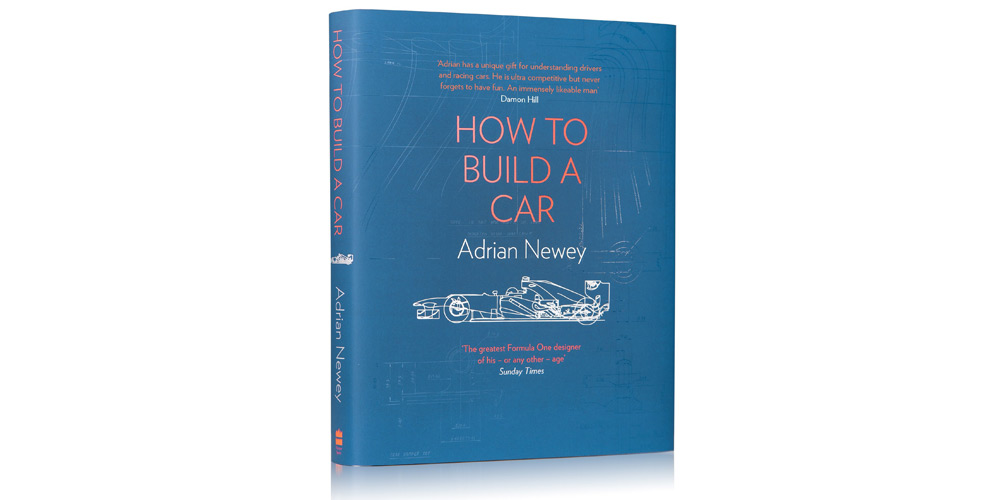 Adrian Newey’s written a book – and it’s quite superb. Granted, you may need a certain all-encompassing fascination of every aspect of F1 including the nuts and bolts to be riveted by it all (which I was), but How To Build A Car is so much more than just what its title implies. It’s also the story, told with eye-opening candour, of his life and loves.

You will find in it some of his original freehand drawings of, for example, the hugely influential Leyton House 881 nose shape, together with an illuminating explanation of the car’s concept and the thoughts behind it. You’ll find every single one of his designs for March, Williams, McLaren and Red Bull explained and explored. But not in a dry textbook way; he explains this and everything else within the context of the circumstances of the team and his life at that time. He talks about his creative block when he was a designer at Beatrice, trying simultaneously to hold down that job, race engineer Patrick Tambay in F1 and Mario Andretti in IndyCar, keep together his marriage and be a recent first-time dad. Little wonder the finer details of an airbox configuration might have escaped his attention back then. He will move on from the difficulty of the relationship with a partner straight into the weakness of a gearbox casing almost in a stream of consciousness.

He’s part-nerd, part-rebellious teenager in a middle-aged man’s body, part-artist and part-creative genius engineer. Turns out he’s also part-writer. In this latter persona he opens out in a way that his somewhat shy, reticent front in the spotlight doesn’t allow. The Adrian in this book is the one his friends know – like he’s talking with a group of them over dinner and a few glasses of wine. He might recount you the tale of how he was expelled from school or how he popped a wheelie on a Suzuki in the Magny-Cours paddock and ended up in a heap in the Camel hospitality area. But there’s some heavy stuff in here too including, obviously, Senna’s death at Imola 1994 and he doesn’t shirk from deep self-analysis of that whole horrible episode and its aftermath.

You might be fascinated to know how he worked out that there was an aerodynamic dead zone aft of the front wing on one of his cars – discovered by physically walking up the wind tunnel when it was in operation, armed with a cloth and a stick. He’ll tell you what sort of pencil he uses for his drawings and you’ll believe him when he says: “I always try to draw with passion. In other words, I have to believe what I’m drawing will be the next step forward.”

He’s also terrific in giving insight into the drivers he’s worked with: from Mario Andretti to Sebastian Vettel, taking in Nigel Mansell, Damon Hill, Alain Prost and others along the way. And he’s fabulously indiscreet about those he feels has done him a disservice along the way, even those he acknowledges a debt of gratitude to. Want to know how he really feels about Ron Dennis? Or Patrick Head? And why? It’s all in here. Also, did you know that Mercedes offered him a job as recently as 2014?

This book pulls off the remarkable feat of being a first-class autobiography and textbook all in one. For those studying the evolution of the F1 car between the late ‘80s and now, it decodes all the mysteries previously hidden by competitive secrecy while revealing the man behind most of the greatest cars of that time period.

HOW TO BUILD A CAR by Adrian Newey

Available from the Motor Sport shop