Is Gordon Murray’s new book One Formula – 50 years of car design worth the £225 price tag? Editor-at-large Gordon Cruickshank reviews it 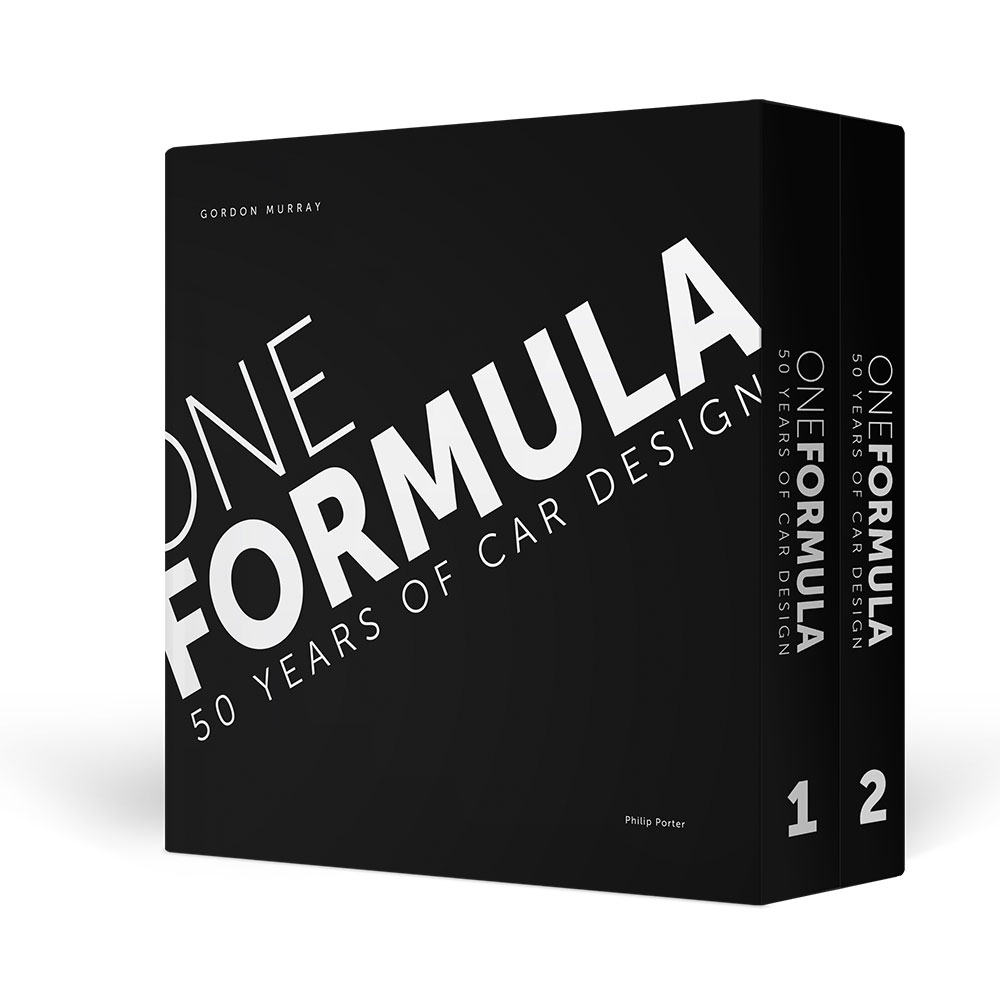 You’d be forgiven for thinking there’s a mistake in the title of this massive two-volume production: that Gordon Murray, flowery-shirted cool dude of grand prix and supercar fame, can’t possibly have been at his drawing board for 50 years.

Yes he has, and in that time he has designed over 70 different cars for track and road. So have I, but most of his have actually been built. Not only that, but between them they have garnered multiple grand prix victories, Formula 1 titles, and the accolade of ‘greatest ever supercar’. It’s been 50 years of invention, ingenuity and ever-expanding horizons, and here every step is individually outlined car by car.

In his preface Murray points out that it isn’t his life story but the story of his car designs, though an entertaining opener on early life in South Africa shows there was only going to be one path: tiring of karts and slot cars he designed a flat-12 engine from scratch – aged 15. Even the book’s structure reflects Murray’s urgent progress, eager to get that bit of background out of the way and get into the designs. 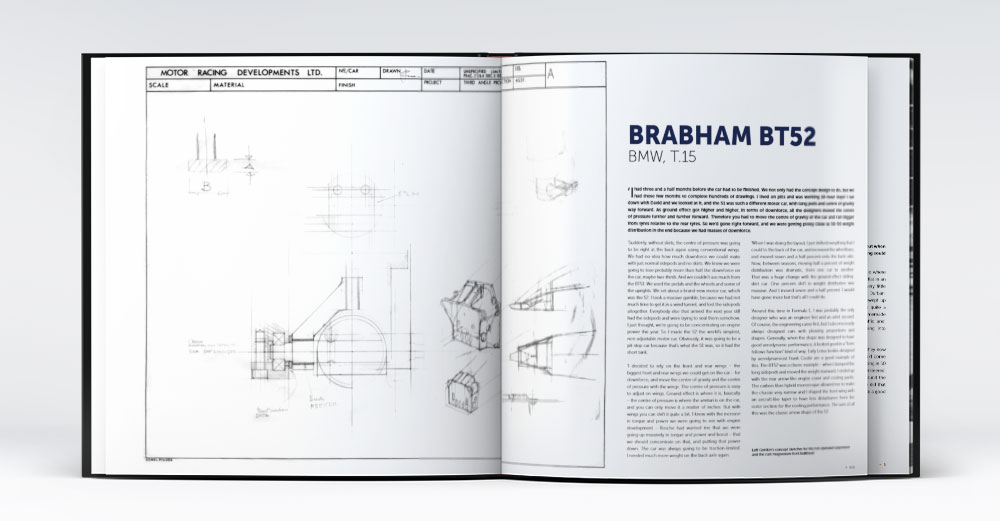 In assembling the book, Murray talked while Porter wrote, so there’s extensive first-hand explanation of each brief, his response, and how well it worked, all backed with drawings and photos. Ranging from rough sketches to full blueprints, those drawings proved both blessing and curse – Murray has kept every single one over 50 years, making selection a trial (hence a book three times the planned size) but adding visual and technical depth to Murray’s descriptions. Not to mention the human element – letters, cards, even menus bring a generous flavour of the Murray character, as do his reflections of working with Piquet and Senna among others.

No need here to outline the meteoric speed of this career – straight into Brabham with Bernie and no looking back through McLaren, the F1, Mercedes SLR, the Rocket light car and on into an entirely new principle of production, with new cars on the way. Which means the book’s already falling behind…

Handsomely produced (and reproduced), it’s a book for those who appreciate engineering, ingenuity and sheer rule-stretching chutzpah from a design maverick. And if £225 puts you off, let alone the £2500 Unique Edition, remember it can only appreciate.

Buy it on the Motor Sport shop