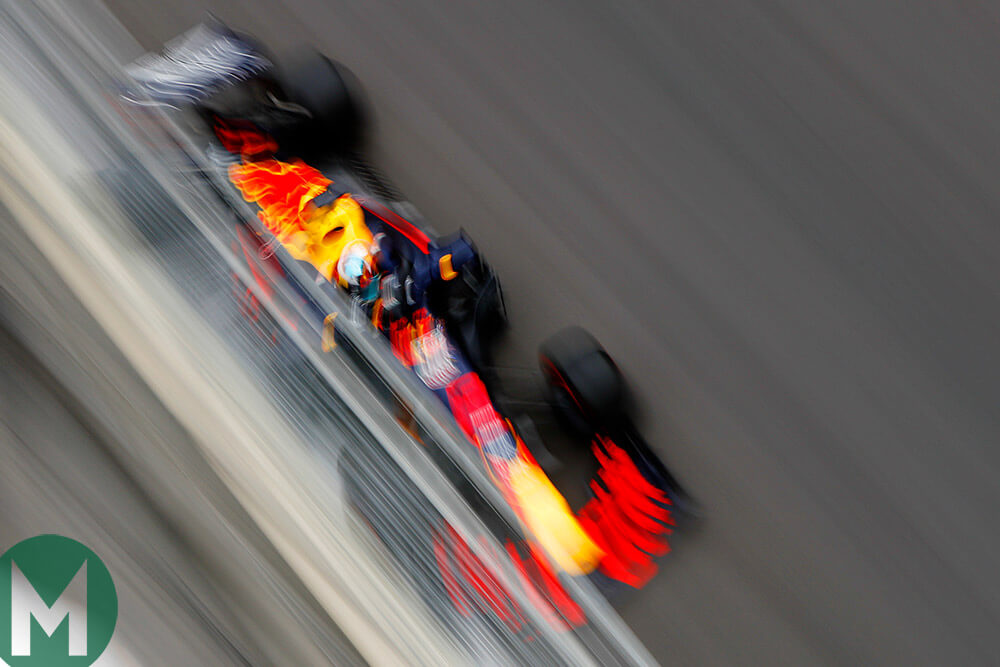 Daniel Ricciardo put the onus on Mercedes and Ferrari by setting the fastest time in the second practice session of the Azerbaijan Formula 1 Grand Prix.

The Chinese GP winner set the early pace and improved to a time of 1min 42.795sec, just under a tenth ahead of second place Kimi Räikkönen.

Max Verstappen, who crashed out halfway through FP1, recovered to finish third in FP2, 0.116sec off the pace. But the Red Bull driver limped to the pits late in FP2 with a power unit issue.

Sebastian Vettel managed to break the top 10 in FP1, but the drivers’ standings leader locked up three times in the second practice session and settled for 11th, 1.332sec off the pace.

Sergio Pérez finished third in the first session but ended FP2 with the 12th fastest time, comfortably ahead of Romain Grosjean.

Neither Sauber broke into the top 15, with Charles Leclerc 16th and Marcus Ericsson 20th – behind McLaren’s Stoffel Vandoorne.