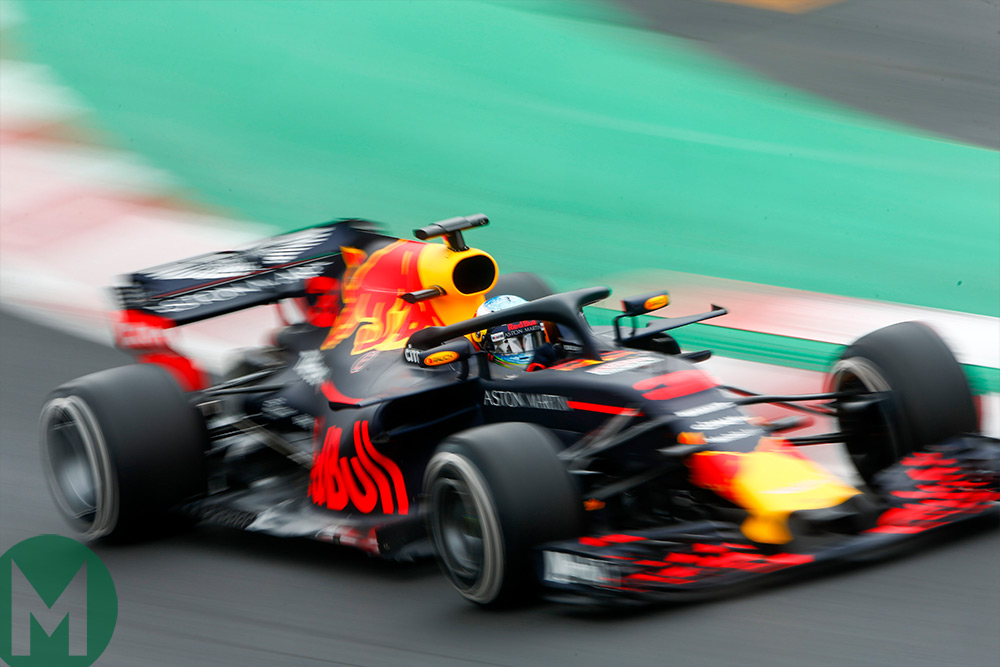 Daniel Ricciardo claimed the bragging rights on the opening day of Formula 1’s 2018 testing by setting the benchmark time in the day’s morning session.

The Australian also racked up the most laps on the opening day, being the only driver to clear the 100-lap mark (setting 101 laps).

Valtteri Bottas’s second-best time, set in the morning, was not beaten in the afternoon session, which was blighted by difficult weather. Temperatures were low and heavy rain set in late in the session, limiting the running of teams.

Kimi Räikkönen set the third fastest time of the day, on soft tyres during the morning, 0.04sec faster than Renault’s Nico Hülkenberg.

McLaren’s Fernando Alonso, who was limited to just 10 laps before lunch due to a spin, improved to fifth fastest with a super soft-shod lap of 1min 21.339sec.

Of the afternoon runners, Carlos Sainz jnr beat Lewis Hamilton by two tenths to record the sixth-fastest time. Sergey Sirotkin’s 21 laps were victim to the weather, leaving him propping up the timesheets.

Brendon Hartley enjoyed a strong day of reliable running, notching up 93 laps and the eight-fastest time for Toro Rosso and Honda.