All three are race winners, world champions and have gone up against the toughest of opponents on the way to their titles, but who deserves be the Formula 1 inductee in the 2021 Motor Sport Hall of Fame?

You can vote for your choice at the bottom of this page, along with nominees in this year’s other Hall of Fame categories.

Each of the F1 drivers made their debuts in the 2000s, Jenson Button and Nico Rosberg starting at Williams while Räikkönen started out with Sauber, and all three stood on the top step of the podium within six years of their first race.

Räikkönen arrived with plenty of speed and his fastest lap record speaks for itself. But for unreliability, he likely would have become a world champion well before his 2007 success at Ferrari.

Button’s wet weather skills earned him almost half of his total F1 wins and his easy-on-the-tyres approach certainly paid dividends with the arrival of Pirelli in 2011.

Rosberg’s early glimpses of potential finally came to the fore when he moved to Mercedes. The team’s dominance meant he was well-equiped to take on Lewis Hamilton following his successful campaigns beating Michael Schumacher as team-mates.

Button was first on the scene in 2000 as Britain’s ‘next-big-thing’ in Formula 1. Points finishes in his debut campaign were interspersed with mistakes and it wasn’t until he arrived at BAR Honda when Button would find his home. Podiums became a regular occurrence and he achieved his best campaign to date in 2004, finishing third in the standings as the best-placed driver not driving a dominant F2004 out of Maranello.

2005 didn’t live up to those heights and 2006 was scarcely better until a strong final third of the season proved a return to form and included his brilliant maiden victory at the Hungarian Grand Prix from 14th place on the grid.

Things looked bleak for Button as the 2008 season came to a close until Ross Brawn pulled the team out of the fire and, like a phoenix, BrawnGP became the ultimate underdog story in ’09 with Button leading the way.

Six race wins in the opening seven rounds proved enough and despite the team’s lack of development versus rivals, Button claimed the drivers’ title with a round to spare. Seven more years in F1 with McLaren brought more race victories and he out-scored Hamilton during the duo’s time together as team-mates

The McLaren Honda reunion brought the team little in the way of success and after 17 years, Button called time on his F1 career save for a one-off appearance in 2017. He retired as one of the sport’s most popular drivers, something he has in common with his fellow nominee. 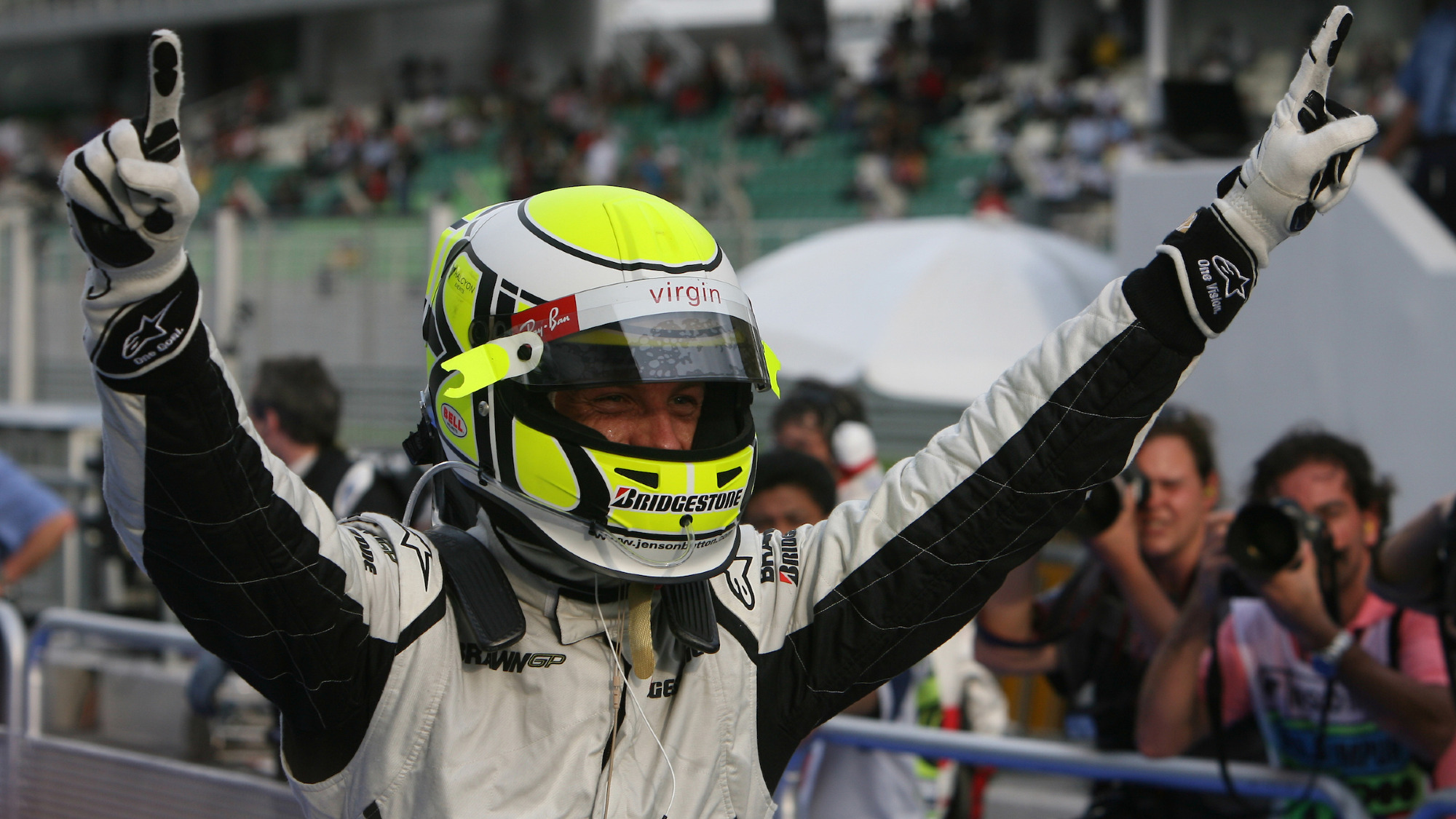 Räikkönen’s F1 ascent was rapid in comparison. The new ‘flying Finn’ hardly had any single-seater experience before Peter Sauber picked him to drive alongside Nick Heidfeld for the eponymous team.

Doubts were cast aside with points on debut in Melbourne and a further three points finishes for the team secured its highest constructors’ championship finish up to that point. It was enough for Ron Dennis to snap him up for the 2002 season despite Sauber’s links to Ferrari.

He switched to Ferrari for 2007 and with a new team, his moment finally arrived. As McLaren’s intra-team woes unfolded, he put together an incredible run of consistency from round eight onwards to steal a title that looked destined for one of the McLaren drivers.

Two years away from F1 soon followed but his return in 2012 proved he hadn’t lost a step. He won the Abu Dhabi GP to mark his first win since returning but financial troubles for Lotus meant Räikkönen returned to Ferrari for 2014. He’d be a podium finisher but it wasn’t until the 2018 United States Grand Prix when the Finn would stand on the top step once more in a hugely popular victory. 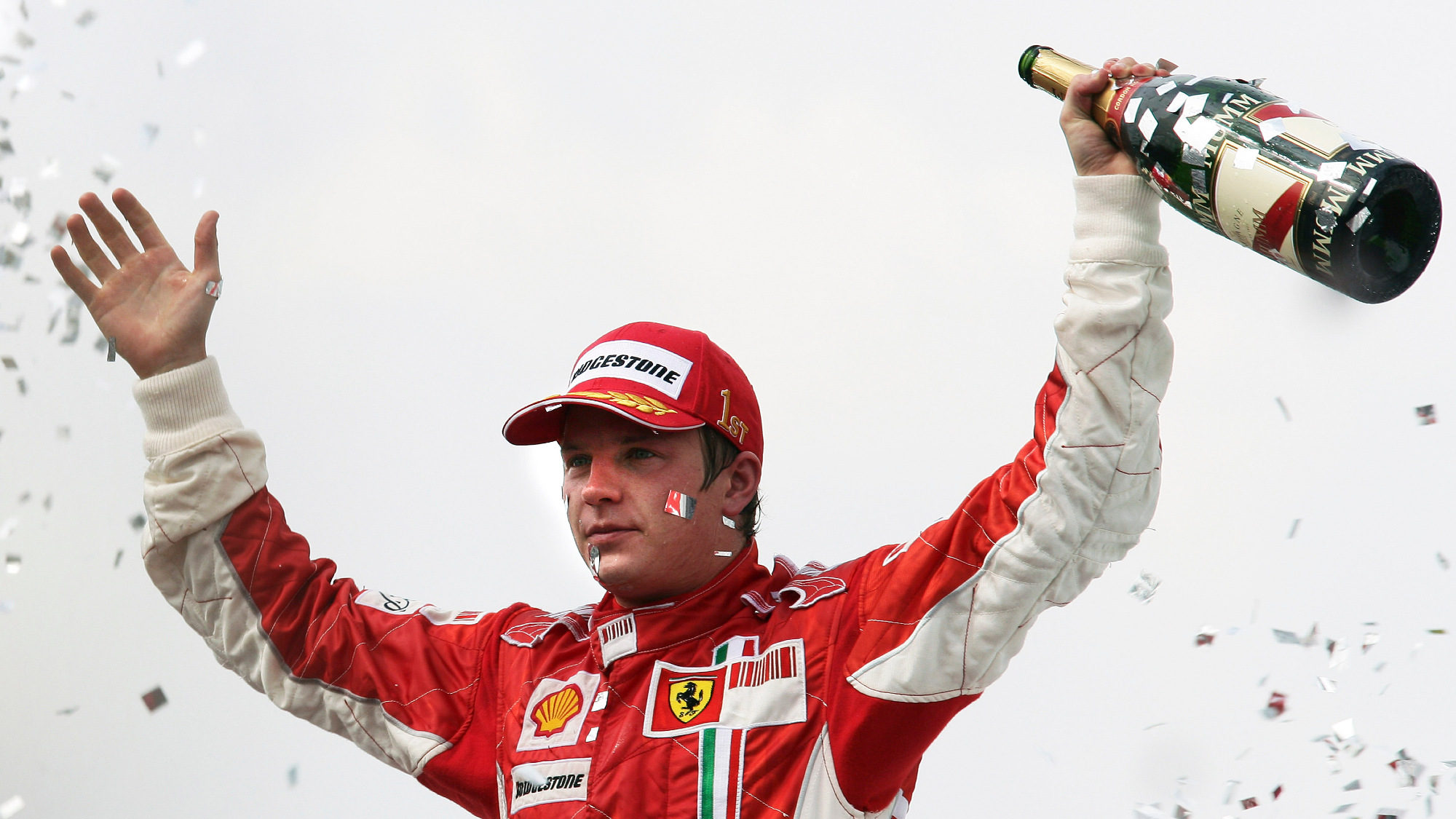 Räikkönen secured his F1 title after a tense finale in 2007

Like Button, Rosberg began his F1 career at Williams but Mercedes is where his career took off.

For 2010, he was announced as team-mate to the returning Michael Schumacher. Despite expectations, he out-performed the seven-time champion, taking his first win at the 2012 Chinese Grand Prix

In 2013, Rosberg won twice to new arrival Hamilton’s one in their first campaign as team-mates, the only time Hamilton has won fewer races than a team-mate during an F1 season. With the Silver Arrows comfortably the class of the field in 2014, their friendship began to decay into a bitter rivalry.

Unsuccessful campaigns in 2014 and ’15 led to him finding another level for 2016, one that ultimately was too much for him to maintain. A methodical approach worked in his favour, picking up enough points to keep the title out of his team-mate’s reach. A tense Abu Dhabi finale unfolded but with second place, he claimed a maiden title.

A week after the finale, Rosberg announced his retirement from F1 claiming he’d achieved all he set out to do and his title fight had taken too much dedication to repeat. With his victory, the Rosbergs became the second of two families to have a father-son world champion after the Hills. 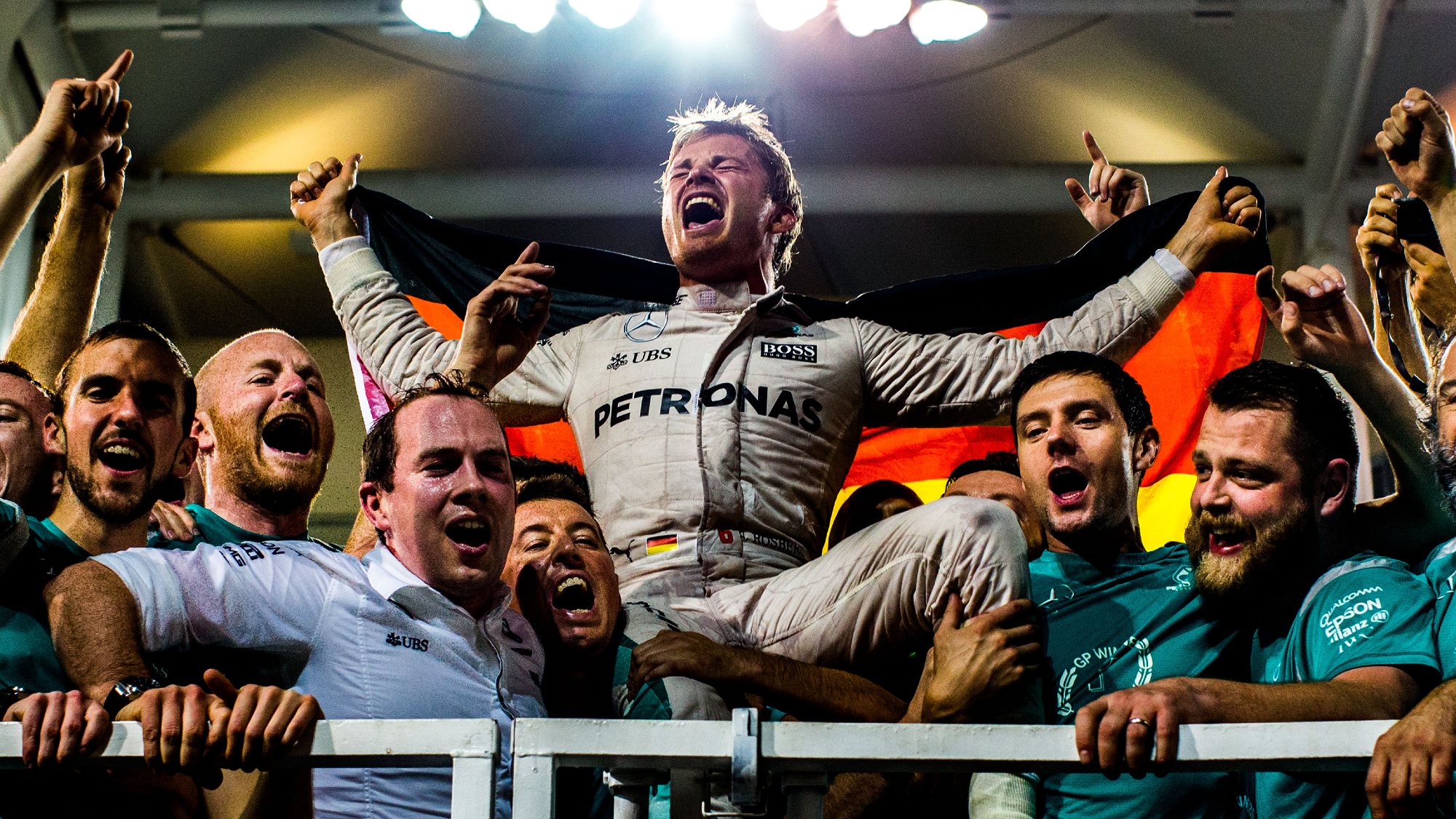 In terms of statistics, Räikkönen has finished higher than his rivals in the championship on five occasions in seasons with all three on the grid together. Rosberg narrowly edges out the Finn in terms of race victories 23 to 21 but heads up the pole positions tally comfortably.

Räikkönen remains third on the all-time list for fastest laps behind Schumacher and Hamilton only. Button has both comfortably covered off in terms of wet weather wins though. The Briton has won seven times in the rain to Kimi’s two while Rosberg never tasted success in a downpour.

Which of the trio makes the Motor Sport Hall of Fame? That is for you to decide. Vote below