Paul Fearnley marks F1’s second-ever father and son World Champions by looking back on 1982, the year of Keke 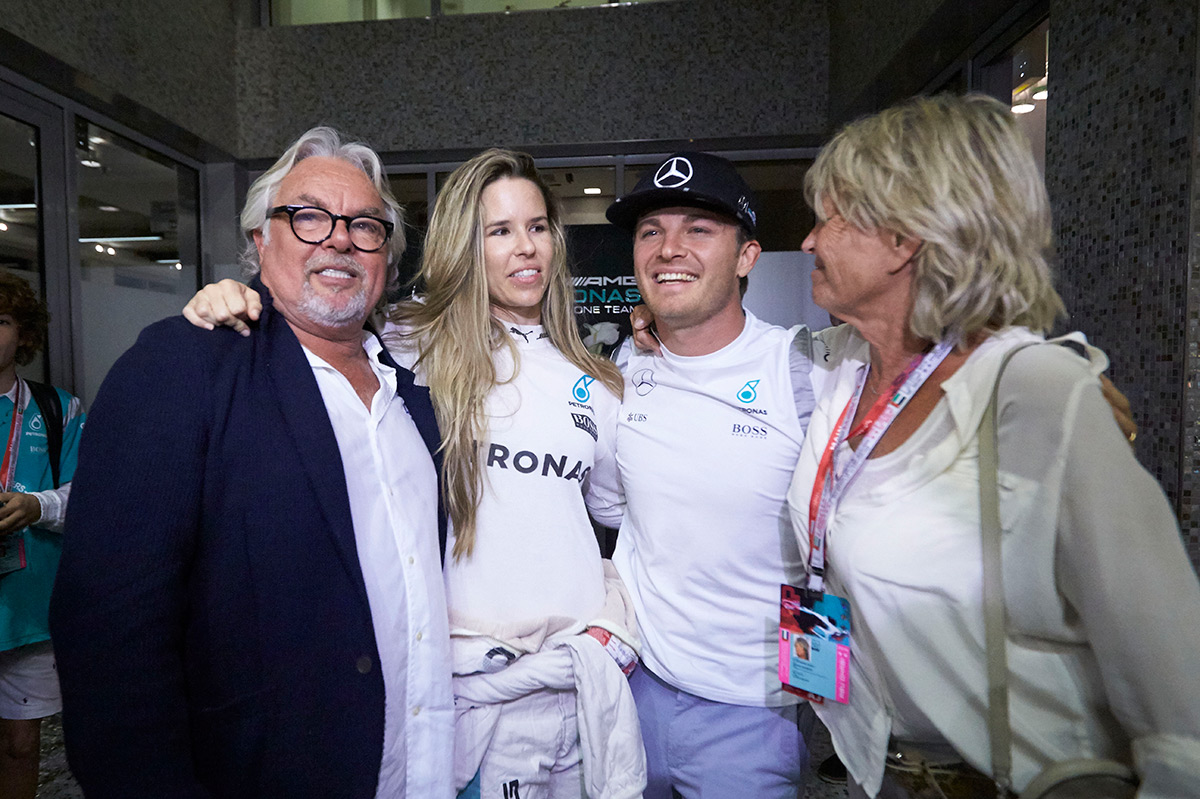 Keijo Erik and Nico Erik. Father and son. And Formula 1 world champions both.

But they epitomise their eras.

Nico, a Finnish-German hybrid out of Monaco, is smart, smooth, fit and healthy – and, in public at least, occasionally a tad bland.

Keke? Well, he smoked for a start. A packet a day – to keep his weight down, he said – much to über-jogger boss Frank Williams’ dismay.

And his approach, rather like his hair, ’tache and driving style, was sometimes a tad unruly.

But then so were some of his cars. FW09-Honda anyone?

Keke was colourful, in several languages, whereas polyglot Nico is more considered.

Or should that be constrained? 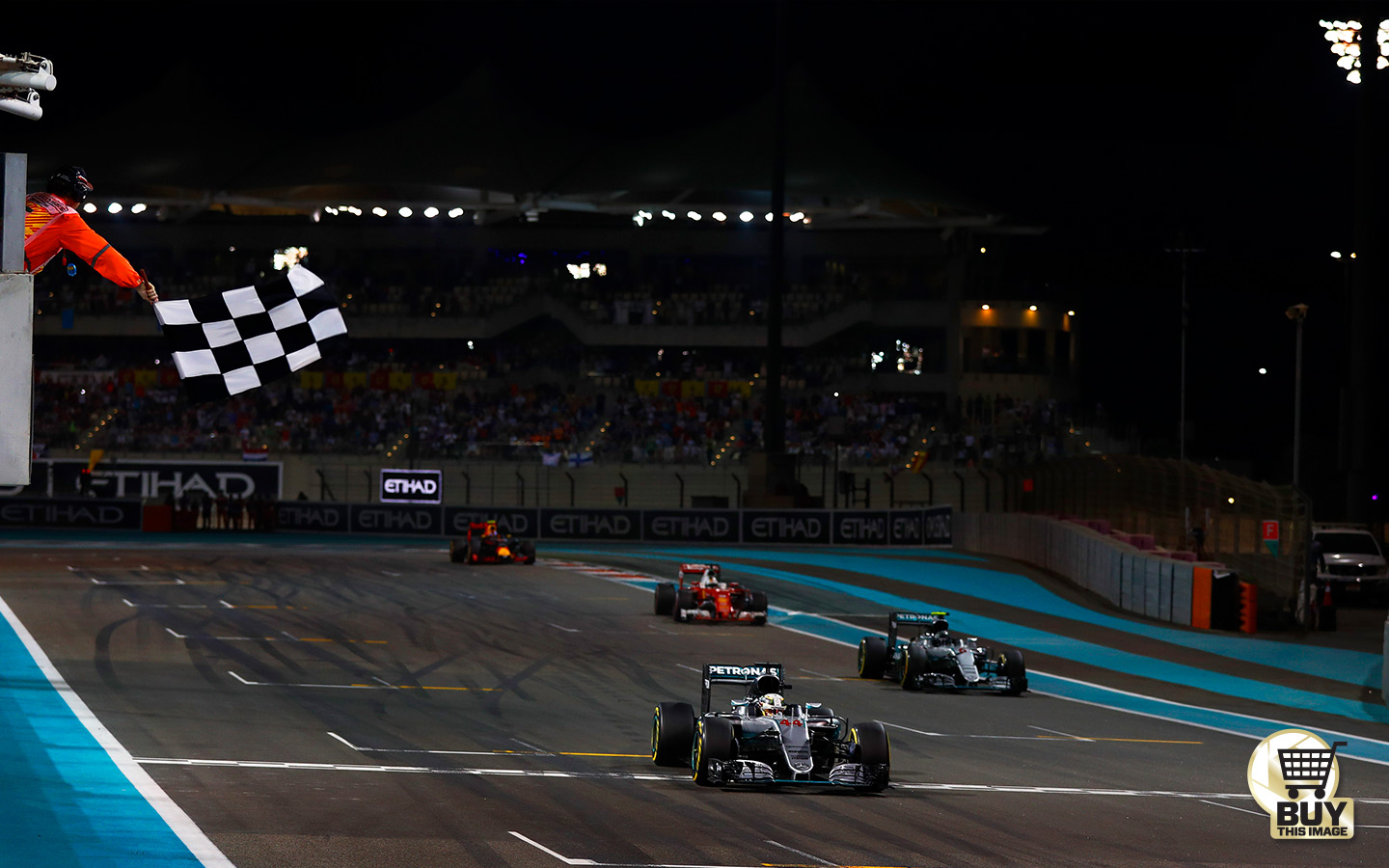 For Mercedes-Benz’s top brass to get on the blower in Abu Dhabi because it was fretting that it might win 18 rather than 19 Grands Prix of an overblown season is indicative of how retentive F1 has become.

Both its drivers knew what they were doing and, with the constructors’ title won, should have been allowed to race – at any speed – without the scolding.

For me, Nico’s title is all the more worthy because of the pressure that his team-mate put him under, right to the bitter end.

That it has become increasingly, unnecessarily bitter is symptomatic of the under-the-microscope, storm-in-a-teacup, anti-social media world in which he must operate.

Nico would prefer to draw a line. Partly, no doubt, because he wants to enjoy his long-awaited success, and partly, I suppose, because he doesn’t want Lewis Hamilton – composed throughout the race, somewhat sulky immediately afterwards and on reflection magnanimous via Twitter – to steal all the headlines. 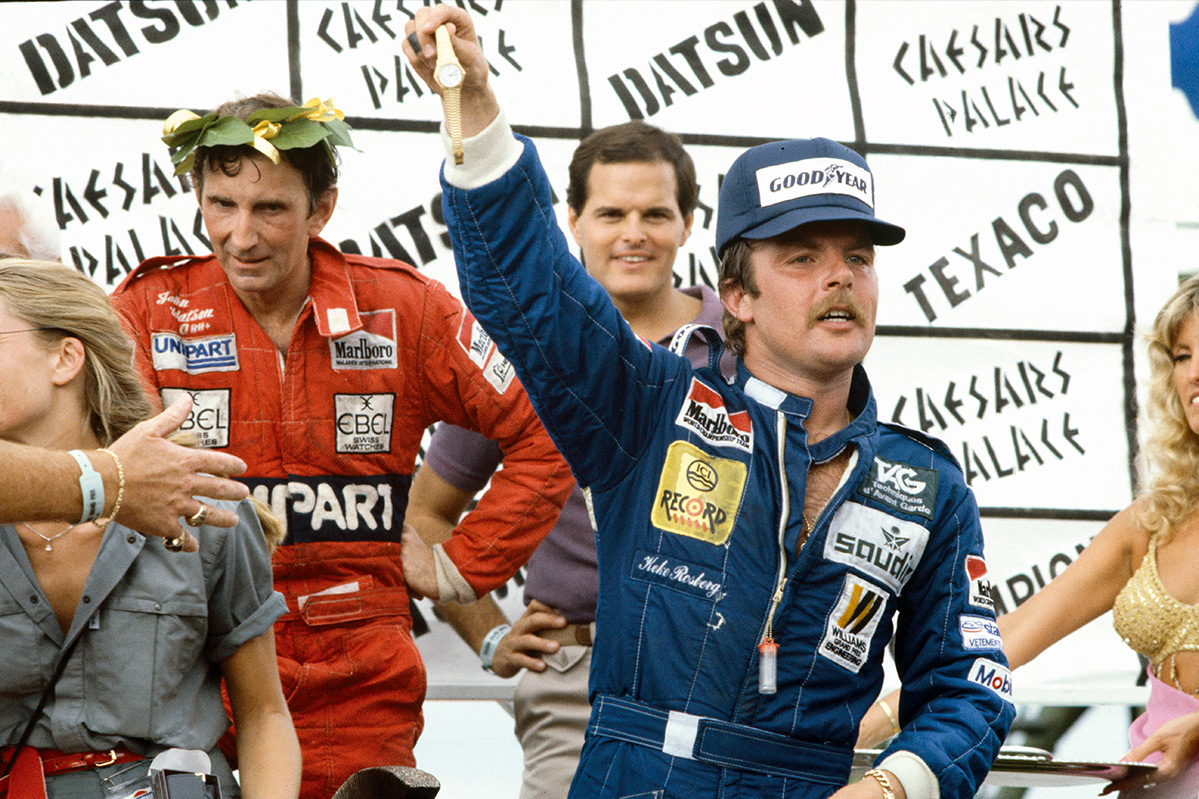 But Nico must know already that what happened on Sunday was the first act of 2017 as much as it was the final act of 2016.

‘Planet F1’ generates its own gravity these days.

Thirty four years ago Keke, having himself ‘done just enough’ with a fifth place in a Las Vegas car park, went on an immediate 90-day PR world tour “because my profile didn’t match my achievements.”

This after F1’s craziest season.

It had begun in January with a drivers’ strike organised by a Mr Niki Lauda, who had been persuaded to return to driving by a Mr Ron Dennis, who had not so long ago led a coup at McLaren.

Four months later the teams went on strike when a Mr Bernie Ecclestone, who had recently obtained the TV rights and so ensured his long-term victory, gave ruling body FISA the finger while the latter told FOCA to…

You get the drift. 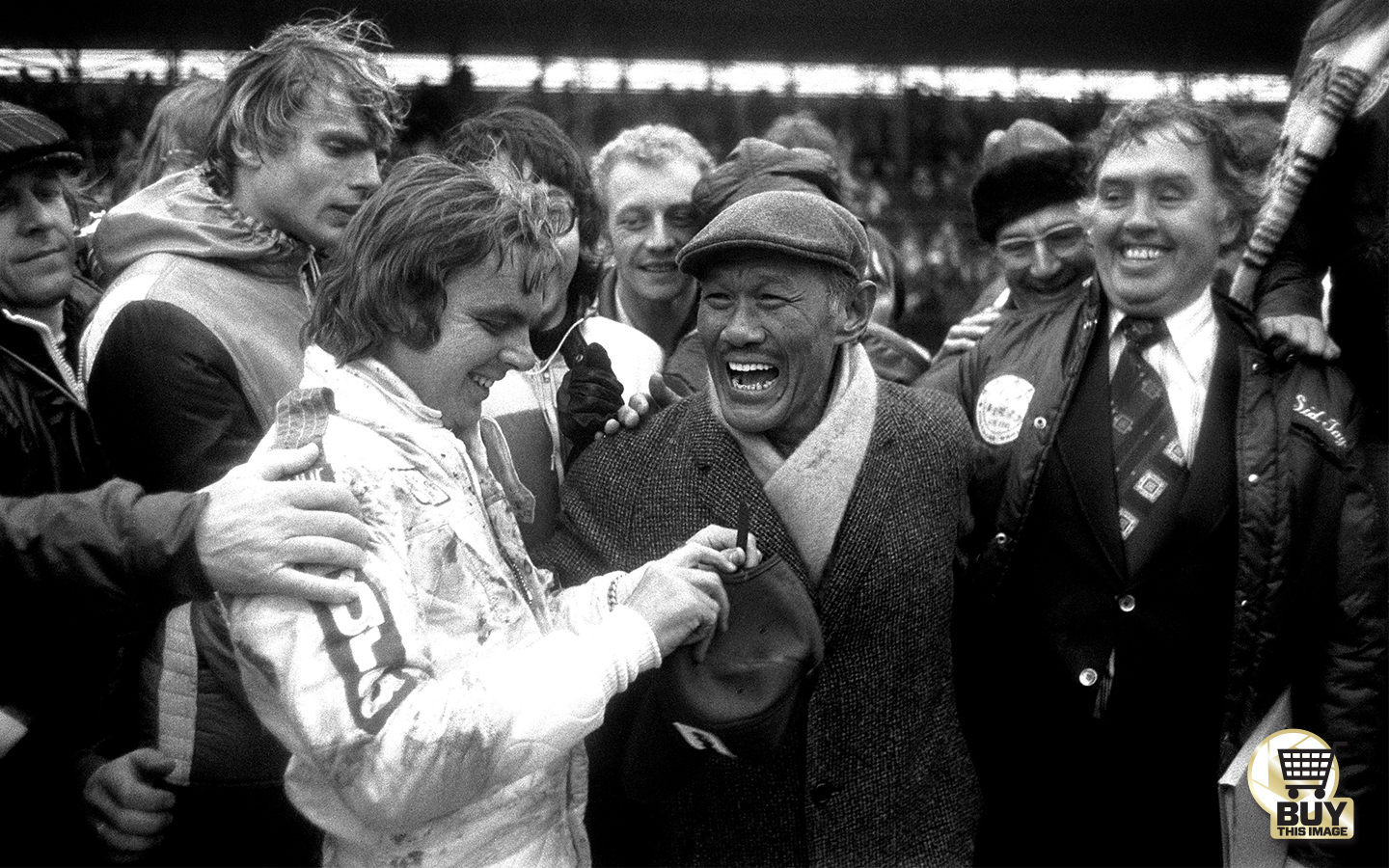 Keke, already 34, and finally in a car that matched his skill and ambition, just wanted to race. (He thinks he may have watched the boycotted San Marino GP on television.)

He had won only his second F1 race – the 1978 non-championship International Trophy at Silverstone, in a Theodore fercrissakes! – and assumed that stardom was imminent.

(Even Nico, whose progression was much more orderly due to his father’s hard-won wisdom and connections, discovered that an early burst – fastest lap on F1 debut in 2006, in a Williams-Cosworth fercrissakes! – is no guarantee.

Incredibly Keke had just six world championship points to his name when he joined Williams for 1982 as the surprise replacement for its beloved Alan Jones.

Despite having the gear knob come off in his hand, he promptly added two more to that tally – when points, 9-6-4-3-2-1, were harder to come by – in South Africa, where high altitude exacerbated his car’s deficit to the turbos.

The six points he scored in Brazil were erased by a disqualification that had nothing to do with him, but the six he earned in Long Beach, behind a victorious Mr Lauda, he was allowed to keep.

In Belgium, driving a brand new model – F1 had yet to become evolutionary – he came within a few mm of rear tread and two laps of a maiden GP win. A disappointment put into context the next day when he passed a track deserted except for his dear departed friend Gilles Villeneuve’s helicopter. 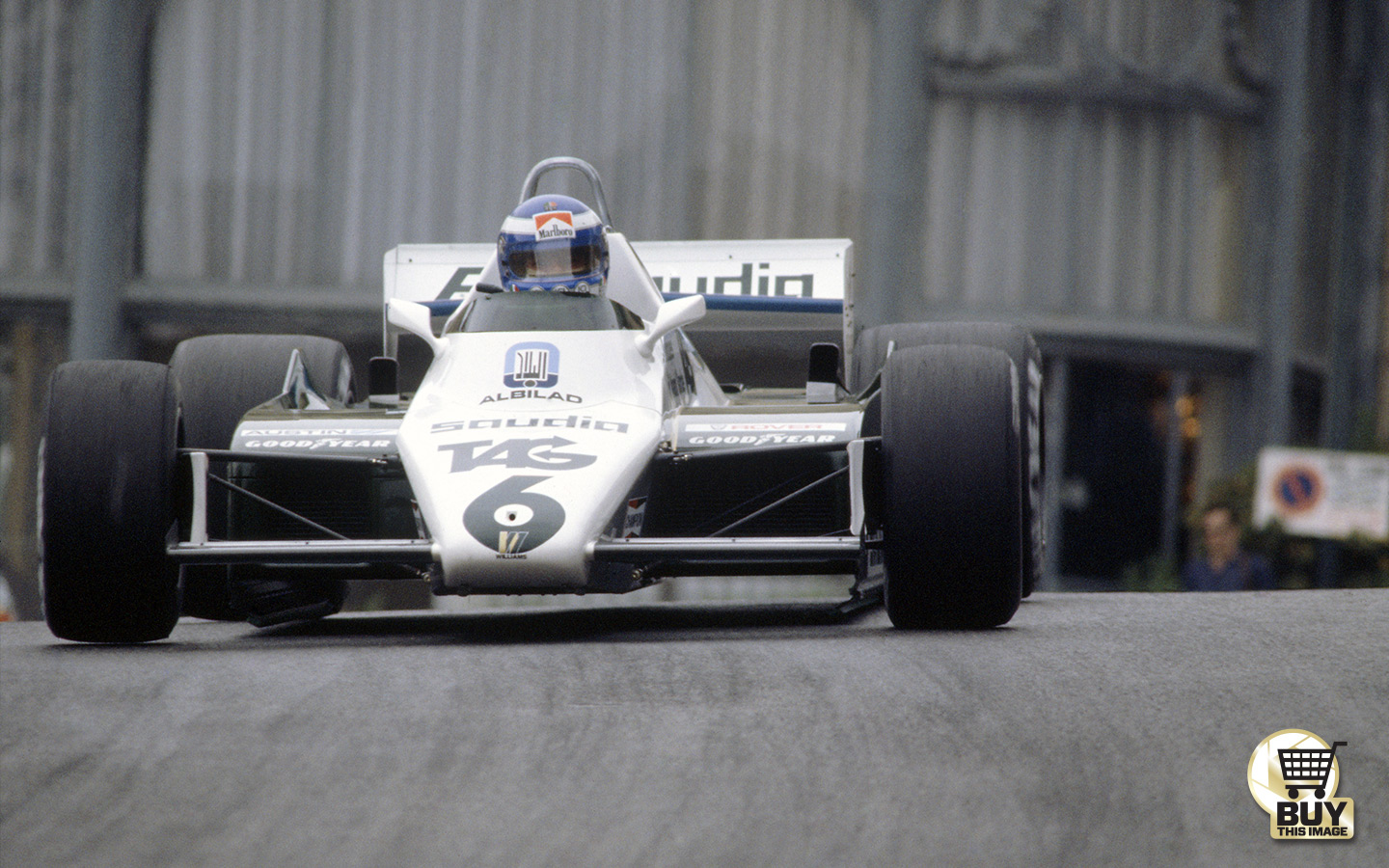 Keke made a mistake in Monaco (above) and bent the suspension, and struggled to fourth without third gear in Detroit.

After finishing third in Holland behind Ferrari’s apparent champion-in-waiting Didier Pironi, Keke retired because of low fuel pressure in Britain, having set pole but starting from the back after his FW08’s fuel pump overheated.

Fifth was the best he could have hoped for at Paul Ricard, with its long Mistral Straight, and third at Hockenheim was “some kind of miracle” given that he was five seconds off Pironi’s pole time.

In Austria he was denied victory by the Lotus nosecone of his great mate Elio de Angelis. But in Switzerland – well, France really – he finally won by running on three different compounds (at the same time) and taking the lead on the last lap. For this he received a giant cowbell, which he hasn’t seen since, plus nine points.

The latter meant he could have clinched the title in Monza – but his rear wing fell off.

And so it went down to Las Vegas. (It seemed an odd place to host a GP, but these days it’s a wonder that it doesn’t.) 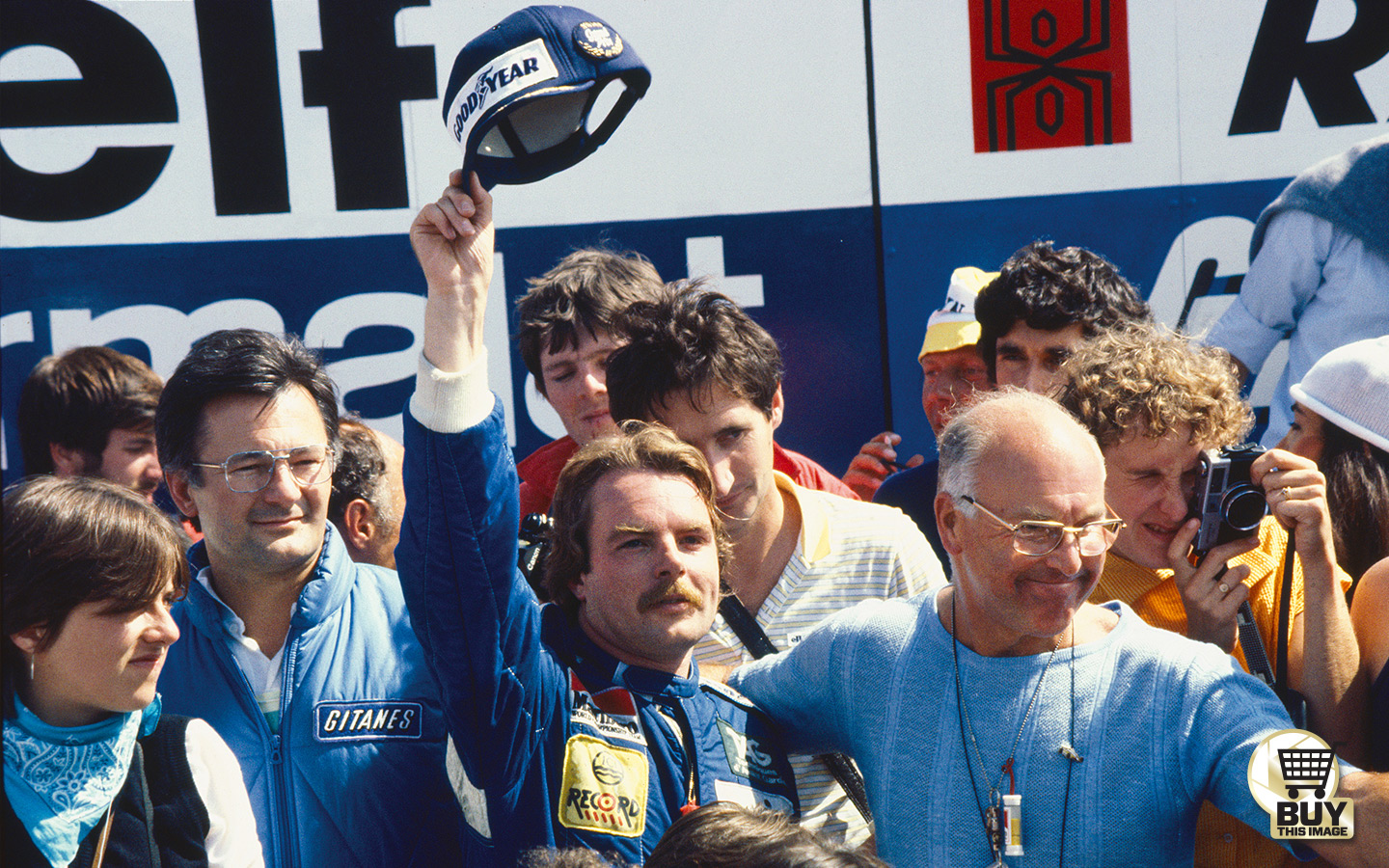 Keke on the Swiss GP podium – cowbell out of shot…

Between times Riccardo Patrese won the most bonkers of Monaco GPs, and finished second in a Brabham 1-2 in Canada driving a totally different model – one BMW turbo, the other DFV atmo – to the victorious Piquet’s.

The latter punched and kicked Eliseo Salazar at Hockenheim – their collision having further delayed Brabham’s scheduled introduction of the modern scheduled pit stop; Derek Warwick clocked an unexpected fastest lap for Toleman at Zandvoort and the just-as-tough Brian Henton did likewise for Tyrrell at Brands Hatch; René Arnoux pissed off Renault by reneging on a deal, that he himself had mooted, in order to win his home GP; Pironi mangled his legs in the hanging mist of Hockenheim; and Mario Andretti was Ferrari’s outstandin’ stand-in at Monza, this after 10,000 turned out to watch him test at Fiorano.

If F1 wasn’t better then, it was most assuredly different, with 11 winning drivers – nine different in nine consecutive GPs – and seven winning teams in a single season.

So much has changed since, Keke has suggested that he might as well have become the dentist that his father had wanted him to be, so alien are his F1 experiences from Nico’s.

The resultant self-imposed six-year media silence speaks volumes about a classy guy who had faith that his talented son could, should have to, and would make his own way.

And on Sunday he arrived to greet him as their career paths converged. 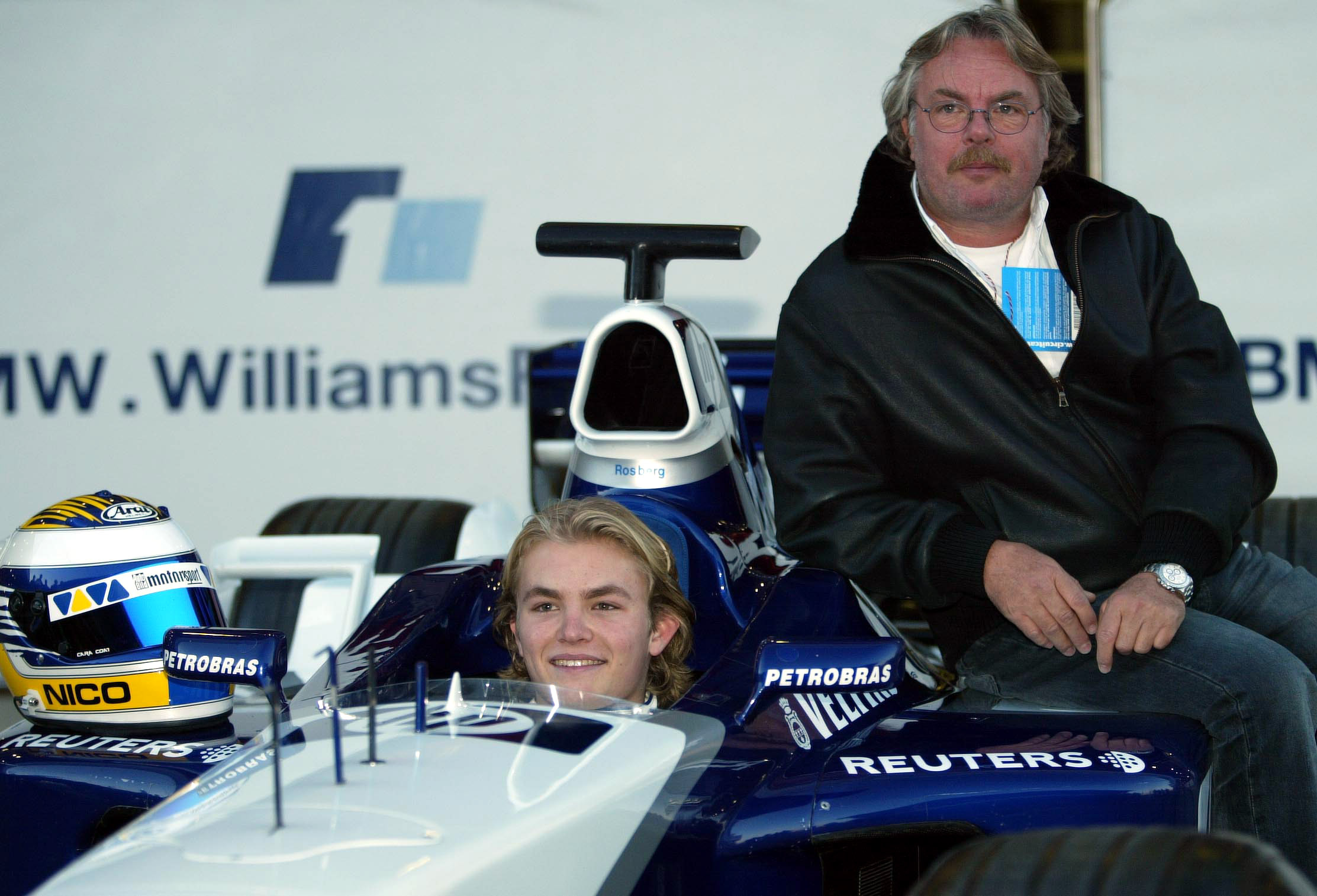