Late to the party again, I have only just seen Ron Howard’s Hunt-Lauda biopic, Rush. I enjoyed it very much. Even so I walked out of the cinema rather puzzled. 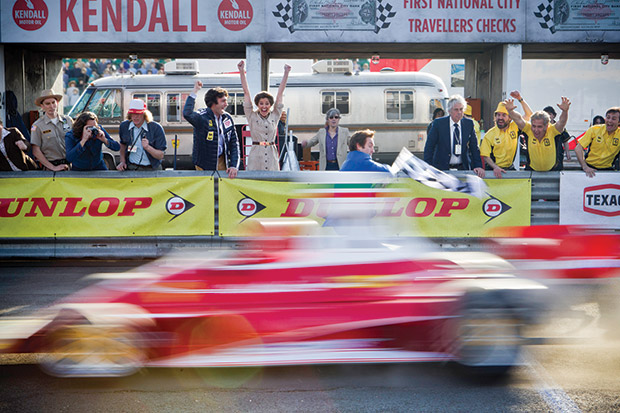 Essentially this is a film of three characters, Hunt, Lauda and racing in the 1970s. But while director Howard has done an extraordinary job to ensure the most accurate depiction possible of both Lauda and the era, he appears to have chosen not to do the same for Hunt.

For while Daniel Brühl’s Lauda seems so accurate at times you feel you’re watching an HD fly on the wall documentary shot in real time, Chris Hemsworth’s Hunt barely makes it beyond caricature.

It would be easy to lay the blame for this at the feet of a man best known for his portrayal of Thor, the hammer-wielding god of thunder, a character for which subtlety is less than essential. But I think that would be to do Hemsworth a disservice: contrary to what I had expected and been told by those who’d seen the film, I thought he did the best he could with the material he’d been given. He is not the weak link, but the character he has been given to play. 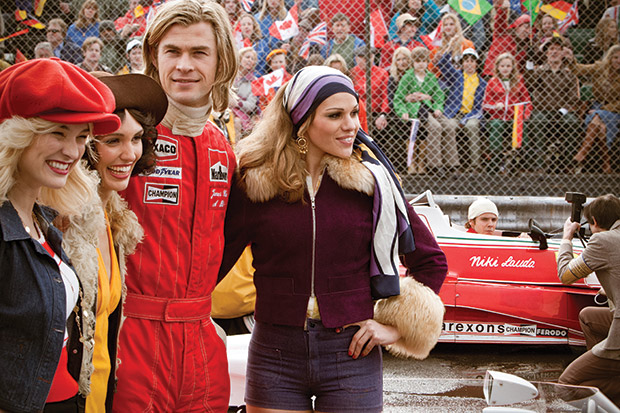 Before its release, Ron Howard was keen to tell everyone that Rush was not a documentary and he is right. To make a film like this fit for public consumption, some licence must be allowed. Anyone who has raced regularly in England will recognise instantly the circuits that stood in for tracks the crew was unable to visit and with that I have no issue. Even the entirely fictional mutual dislike of its two protagonists can perhaps be excused by the overarching need to make a film worth watching. I think Howard missed some real tricks, such as the omission of Hunt’s maiden F1 win and his first World Championship victory (both with Hesketh) and the crash at the start of the ’76 British Grand Prix, but even I accept you can’t tell the whole story in a couple of hours.

But Hunt’s cardboard cut-out character really jarred: in many ways it would have been better if Lauda had been portrayed as a heartless automaton because then at least the two leads would have been balanced in the same mono-dimensional world.

It is a shame to take such care to make Lauda’s character so nuanced, but leave Hunt in a cartoon world of booze ‘n’ birds. Earlier this year and some time before Rush was released and apropos of something else entirely, I happened to speak to Jochen Mass about Hunt. As his team-mate at McLaren for two seasons including the world championship year, his insight is compelling.

‘The image of James as the wild boy of Formula 1 was just that: an image. Whoever you are, driving at that level is hard and unless you take it very seriously indeed you’re going to come nowhere. Even back then, natural talent was not nearly enough. 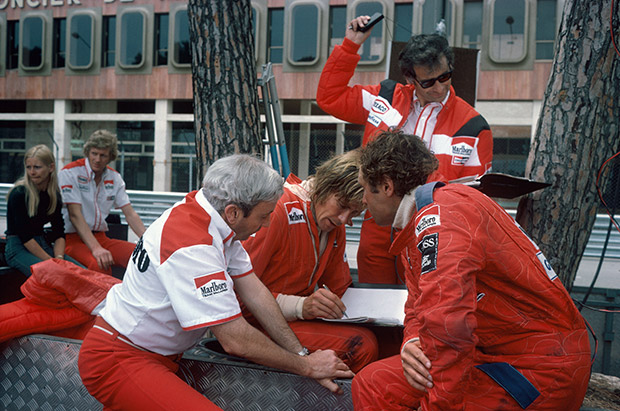 ‘The truth is that James was actually very professional, particularly after he realised he was in with a chance of winning the title. All you hear about the drinking and the sniffing – I never saw any of it. We were team-mates and my recollection is of a man who, like the rest of us, knew there was a job to do and knew very well what was required of him to do it.

As a driver, I would say James was not just talented, but highly skilled, particularly in the M23. He was quite highly strung and had his anxieties before the race, but you could say much the same about any one of us: F1 was both difficult and dangerous then so there is nothing extraordinary about that. Again the perception of a man wracked with fear and throwing up before every race is just another part of the image – I never saw anything other than the apprehension that was natural for anyone about to climb into an F1 car in those days.’

I’m not saying there wasn’t another side to Hunt’s character, perhaps more evident in the off-season, but in painting him with such broad brush strokes Howard has missed a unique opportunity to show the world the real James Hunt, and turn a merely very good film into something great.