It’s not just about raw speed and pure lap time, but it can be hard to ignore the final standings on a day like today.

George Russell jumped in the Mercedes amid huge anticipation of what he could do, even though he had only had final confirmation on Wednesday that he would be replacing Lewis Hamilton this weekend. Despite a very tight squeeze to fit in the car – having to wear race boots one size too small – and not having driven the Mercedes or its simulator this year, it was almost as if Russell was expected to beat Valtteri Bottas and show his potential.

On that front, Russell delivered, but it would be far too easy to simply judge the relative performance of the Mercedes drivers by the outright legal fastest laps.

Russell ended up quickest in both practice sessions, although the second one is the true indicator of qualifying potential. And on those low-fuel runs, a 54.713sec was good enough for Russell to sit P1. Yet his lap came just after Bottas had gone nearly 0.2sec quicker, only to lose the time altogether for running slightly wide at Turn Eight.

“I’m learning every lap in the car,” Russell says. “I do think the lap times are a little bit deceiving at the moment and aren’t a true representation of the pace. FP2 was not a great session for me, I struggled, especially in the high fuel and ultimately that’s going to be key on Sunday. Still got a lot of work to do to get comfortable in the car, comfortable in the set-up, make some improvements because I think tomorrow is going to be a different story.

“Just because I was quickest today doesn’t mean that’s where I’m going to be tomorrow. [Max] Verstappen was incredibly quick in the long runs, Valtteri was quickest in P2 but he got his lap deleted, he probably only gained half a tenth in all honesty. So I’m a good tenth and a half behind Valtteri in the low fuel. But we’ll see, we’re getting better.”

So the quickest driver is actually slower than his team-mate who ended up 11th. But most people could have worked that out from watching the session and seeing the deleted lap time. Where Russell highlights both the challenge facing him but also the room for improvement is when asked if he’s on top of the Mercedes procedures so far.

“Absolutely not, to be honest. There’s so much to take in and to learn. Lap after lap I’m learning more and more. I’m doing my absolute best to be as prepared as possible but jumping in the car with a day and a half, two days notice, it’s tricky. I’m doing my best, it was a good first day, but there’s definitely more to come.”

Russell is, of course, not a rookie. And he has been in a Formula 1 car all year long. But the same can’t be said for the other two replacements at Sakhir.

Friday started with Romain Grosjean explaining to the media what it was like being sat in his burning car for some 28 seconds on Sunday night, and how he is targeting a return in Abu Dhabi to sign off from F1. But this weekend, Pietro Fittipaldi is filling in and produced a very measured display.

“It was fantastic,” Fittipaldi says. “I mean it’s exciting. It was one year since I’ve driven the F1 car, eight months since I’ve driven anything and I came out here and took it step-by-step. But it’s crazy you know, you’re on the big stage now. This is the big league! So you go out for FP1 and it’s different because it’s a bunch of cameras and everyone filming and taking pictures, so you’ve just got to keep focused and keep calm.

There was a reminder of how difficult it is to jump into an F1 car at short notice and get up to speed, because after some solid early running Fittipaldi locked up at Turn Four and ruined a set of tyres, ending his session early. But he responded with an error-free FP2 and a best lap less than 0.4sec off his benchmark Kevin Magnussen. 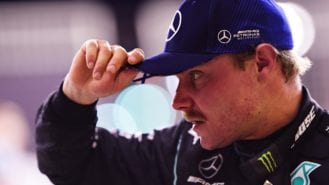 Granted, at 55 seconds, it is a short lap and therefore the gaps are smaller, but Magnussen himself thought Fittipaldi was going to be no threat this weekend. He will now know he can’t relax fully if he wants to keep his temporary team-mate at arm’s length.

“With all the procedural stuff, that was my main focus so I don’t make any mistakes and I felt really good with that – with the starts, the pit stops,” said Fittipaldi. “The only setback was in FP1 we had a lock-up which damaged my tyre so I couldn’t do any more running. But I kept my cool, went into FP2 and we did all the running, we closed the gap which was really good. Tomorrow I’ll make another step and just slowly raise the volume and push with everything when it counts in qualifying and the race.

“It depends obviously on my driving style – every driver drives differently so we need different things – but me and Kevin had similar feedback. I was making steps, I felt competitive and had a couple of moments with the car. There was one in the beginning of FP2, coming out of Turn Two I had a really big moment that was like a whiplash on the rear but it’s good. Tomorrow we’ll make those adjustments with the car to suit myself, I’ll make my driving adjustments as well, come back tomorrow and put everything together.”

Fittipaldi wasn’t alone in making a costly FP1 error either, as Jack Aitken did similar. Turn Two caught him out and he slid sideways into the gravel, wrecking the hard set he was going to use for the rest of the session and limiting himself to a spell of practice starts instead.

“I was more just busy trying to keep it out of the wall!” Aitken admits. “I got a little bit too confident at the wrong time with the tyres, lucky didn’t do any damage or anything, but just cost us a few laps.”

Turn Two was tricky for all drivers – Alex Albon spun there not long after Aitken and then Sebastian Vettel matched the feat in FP2 – but when it’s your first race weekend you don’t have experience to fall back on in such situations. The delicate balance is leaving enough in reserve to avoid such a moment, and finding your own limits in a new car to be able to get the most out of it.

“The first few laps in FP1 was just sort of remembering things from when I did in FP1 in Austria,” said Aitken. “It was all pretty familiar, got up to speed fairly okay, there’s a little bit of work to be done on one lap pace especially because it seems to be a really peaky tyre, one lap and it’s gone, race run was pretty encouraging so pretty happy. 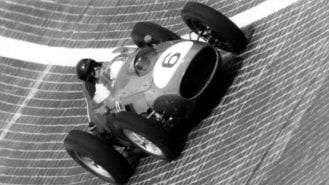 “I had a couple of slip-ups but nothing too major, got lots of laps under the belt, pretty solid foundation to build on when all the fun starts tomorrow, so looking forward to getting into quali.”

What both of the above do, however, is put into context just how good Russell was. There was no big error, and no struggle to find the car’s limit in many areas. Braking for Turn One seems to be a problem — although in FP1 he seemed more comfortable than Bottas at the final corner — but that is balanced out by spectacular commitment and poise through the tricky middle sector.

Both drivers insisted it wasn’t a showdown for a 2022 seat, and it is only Friday, but Russell immediately performed from such a high starting point that the pressure is clearly on Bottas now, and there’s every chance of a Russell pole position on Saturday.

It was a day that didn’t do any of the replacement drivers any harm at all, but only adds to the intrigue of what is to come across the rest of the weekend.