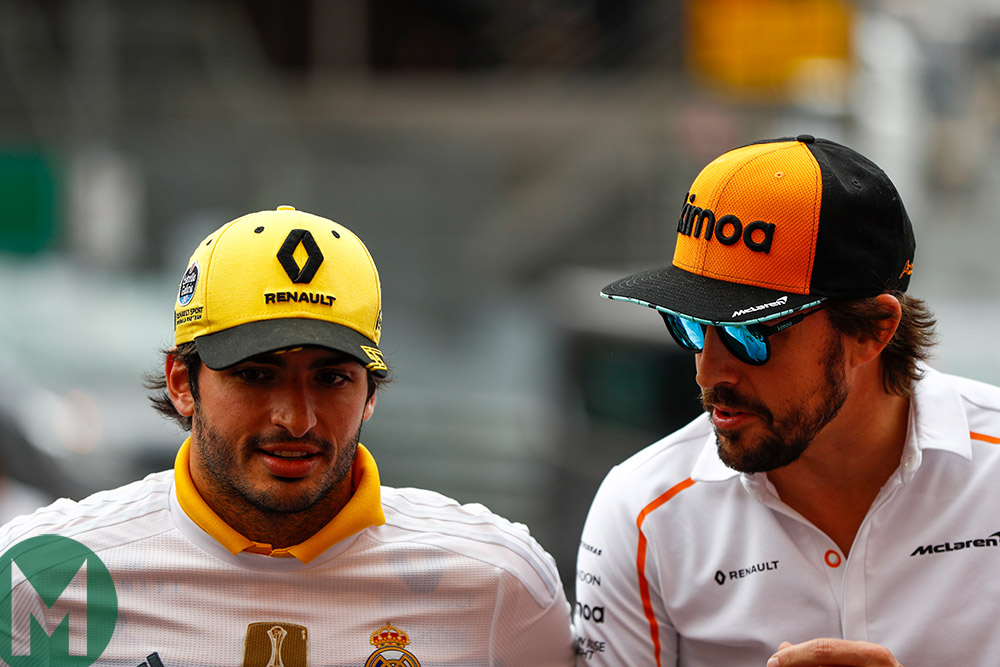 After Fernando Alonso announced his departure from McLaren’s Formula 1 team, Carlos Sainz has reportedly been lined up as his replacement.

Daniel Ricciardo took Sainz’s seat at Renault with a shock announcement earlier in August. ESPN reports that Sainz will step in for Alonso with McLaren set to announce the move on Thursday.

It is not clear whether Stoffel Vandoorne will remain with the squad, or if Lando Norris will replace him in a major shake-up at the Woking outfit.

Mark Hughes reported in July that Sainz’s “Red Bull contract means he is a free agent if he is not offered a placed on the works team next year and increasingly his name is being mentioned in association with McLaren, which continues to hope that Fernando Alonso will decide to stay. As such, Sainz joining would be at the expense of Stoffel Vandoorne. The team is expected to announce a new technical director after the summer break.”

McLaren declined to comment on Sainz’s appointment when contacted by Motor Sport.

McLaren boss Zak Brown said at the Hungarian Grand Prix: “We think Carlos Sainz is a very good race car driver. This is the time of year where you talk to a lot of drivers as we have two seats that we are trying to fill.

“Fernando is not yet sure what he wants to do, what he wants to drive, so those are scenarios that we are working through and talking to a variety of drivers. But we keep those conversations internal and ultimately it’s a bit of a group decision about what we will do with drivers. We do have a long-term agreement in place with Stoffel and Fernando, but as you can imagine in these contracts there’s a variety of elements to them,” he added.

“We will make our driver decision ultimately when we’re ready. I anticipate that being some time after the summer break. We’re still reviewing – analysing what’s ultimately the best combination for McLaren moving forward.

“Stoffel is very much part of that consideration set.”