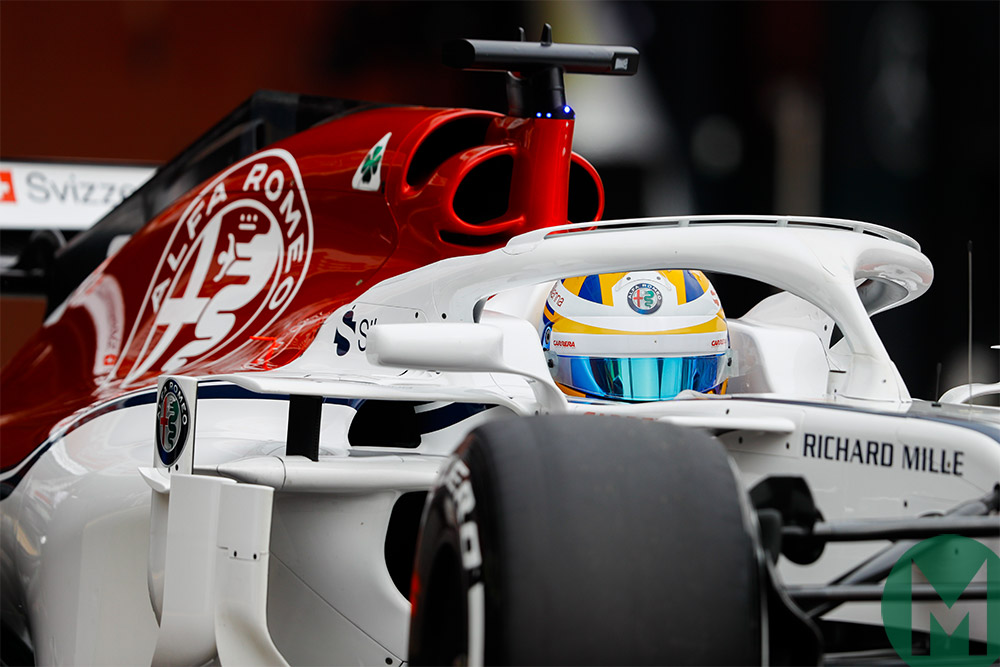 Sauber team principal Frédéric Vasseur has said that the Formula 1 team’s “long-term project” with Alfa Romeo will result in a major increase in personnel, along with a factory expansion.

The team’s vast facility at Hinwil, Switzerland, employed 330 staff to work at its 15,600 square metre complex (not including its wind tunnel). But with Alfa Romeo’s backing comes a further expansion, according to Vasseur.

“We know that we are at the start of the project, and it will be a long-term project for us and Alfa Romeo. We have to improve step by step, and we have to increase the size of the factory and the headcount.

“When I joined, it was 320 [people],” explained Vasseur. “Now we are more or less 400, and we are planning to recruit 50 more. It’s not just about headcounts but you have to reorganise the departments and grow,” he said.

“The factory is a big one but if you have a look at all the other [teams] in F1 it’s always the same story, that the building and factory itself started perhaps at 50 per cent [of its size now]. But you know F1 teams, they increase the size of the company and add small buildings. We have the advantage that we have a [modern] factory and the original is a very good one, and if we are to continue to work with it, we have to develop.”

The increase in size signals Vasseur’s intent to transform the team which finished 10th in the 2017 constructors’ championship. The former Renault boss replaced Monisha Kaltenborn in July 2017, and said that it was Sauber’s already strong relationship with Ferrari that sparked changes. The team decided to use Ferrari power units and pursue an Alfa Romeo title deal instead of a purported partnership with Honda, which was canned soon after Vasseur joined the squad.

Charles Leclerc was also brought on to replace Pascal Wehrlein, who will now enter the DTM in Mercedes’ final year of competition. Vasseur said that the deal was also tied into Sauber’s deeper partnership with Ferrari, and it was a given that the Formula 2 champion would make the step up with the F1 backmarker.

“Pascal is supported by Mercedes and it was difficult to imagine having a project with Alfa Romeo with a Mercedes driver, that was quite clear.

“Leclerc was part of the discussions [with Alfa Romeo] for sure, but I knew him and his potential for the future and it made sense in our situation to take him. Coming from the junior series he has huge potential.”

Vasseur’s raft of changes has sparked a change in morale, but when it comes to expectations, the Sauber chief is reluctant to make claims at this stage of the season.

“We are much more attractive from an external point of view but also internally, I think that it’s a very important step for the company and everybody in the company to have a new challenge; to have Alfa Romeo joining the team. It’s more than an iconic brand… and for everybody it’s a huge step forward.”