Alfa Romeo Sauber heads into 2019 with a new driver line-up, but questions remain 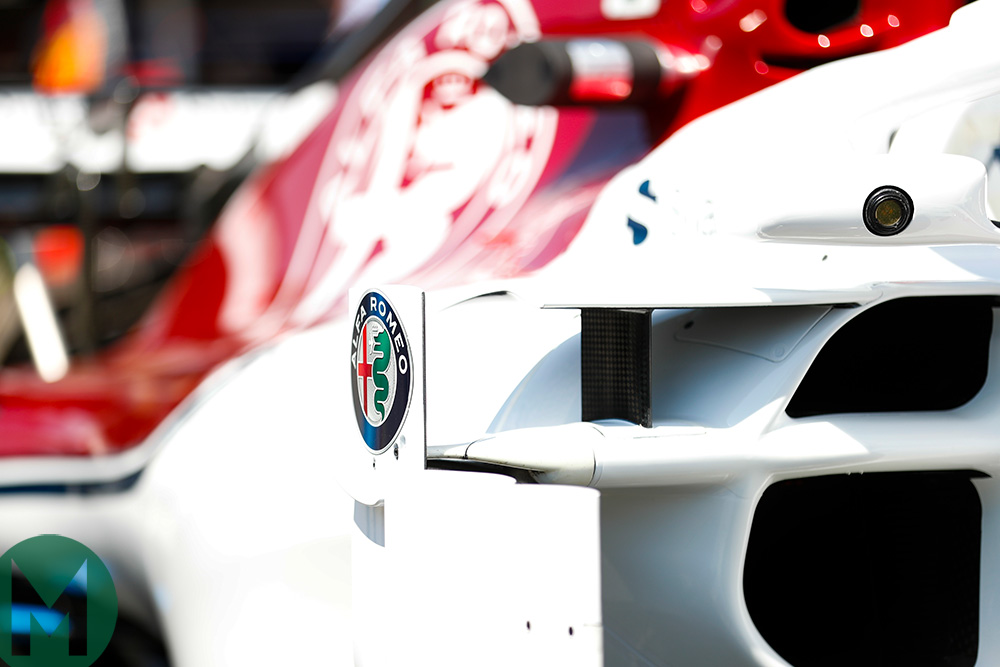 Sauber is going to pains to point out that Antonio Giovinazzi is not Marcus Ericsson’s 2019 replacement, but Charles Leclerc’s. Kimi Räikkönen, the team insists, is Ericsson’s replacement.

It’s not just semantics. Giovinazzi is the Ferrari-supplied replacement for the Ferrari-supplied – and now re-assigned – Leclerc. The financial implications that go with running a Ferrari junior driver are significant for Sauber. Kimi Räikkönen was not supplied to Sauber by Ferrari. Even though Ferrari almost certainly helped in the discussions, Räikkönen has been quite explicit in saying the Sauber drive was his initiative; his deal.

It all makes for an interesting combination of experienced old hand and promising almost-rookie. But that lack of continuity will make it difficult to know just exactly where the 2019 Sauber is at. Wherever it ends up in the competitive hierarchy, there will be questions nagging. If it continues Sauber’s recovery and is more competitive than this year’s car, the questions will be along the lines of: ‘But could it be further up still if, say, Esteban Ocon, was in it?’ Or ‘Where would it be if the still-improving Leclerc were in it?’

If it makes no progress from 2018 or falls back, how do we know if it’s a technical failing or a driver shortfall?

He’s a very different driver to the full-on aggressive charger of his previous season at Sauber, as a rookie in 2001

Definitively, of course, we cannot know. The car and driver combination is final and the engineering staff simply have to work with that. De-coupling one from the other is something even the engineers can only make an informed estimate of.

Both drivers are capable of great performances, but have shown an inconsistent ability to access it. Räikkönen has the reputation as a very good analyst of the car’s behaviour, but needs something quite specific from it in order for his natural driving style to work. The responsive front end that allows him to rotate the car into slow corners with only the minimum of steering lock is a difficult thing to achieve on the sort of hard compound control tyres we’ve had in Formula 1 for many years.

Furthermore, any track that requires a driver to clatter hard over kerbs to shave lap time is not good news for Räikkönen. As one of the most experienced of old hands in the history of the sport, he knows what he needs – and if he gets it he can still look like a convincing facsimile of the great McLaren driver of all those years ago. He’s a very different driver to the full-on aggressive charger of his previous season at Sauber, as a rookie in 2001. But there are those who know him well who are convinced that, free of the peculiar demands made of him as Vettel’s Ferrari partner, a very much invigorated Räikkönen will emerge.

Giovinazzi’s junior career was very impressive. From a modest family background he achieved what he did on merit, getting the breaks by performing and delivering at crucial times. In 2016 he looked set for a fourth season of European F3, but it’s said that Lawrence Stroll – with son Lance about to embark on his first F3 season – had approached him at this time and enquired about his plans.

“Another season of F3,” he’d replied. To which Lawrence suggested: “Oh you should be doing GP2 surely?” “But I don’t have a GP2 budget,” replied Antonio. “Yes you do,” came the decisive reply.

And like that he got into the Prema team at late notice as team-mate to Pierre Gasly, who was in his second full season of the category. Gasly initially looked like he would cruise to the title, but once Giovinazzi found his feet the Italian went on an impressive late charge to put Gasly under real pressure.

At Sepang he was particularly impressive, chasing Gasly’s race lead down and putting an around-the-outside pass on him to win. At Baku he won both races, despite being obliged to start from eighth in the sprint race. Gasly rescued the title at the last gasp, but Giovinazzi’s rookie performance had been eye opening.

The road of opportunity is all there for Giovinazzi to devour…

The momentum was with him as he stood in for the injured Pascal Wehrlein at Sauber in the opening two Grands Prix of last season. But for a late slide across the grass on his final qualifying lap, he looked on course to out-qualify Marcus Ericsson on his debut in Melbourne and his race was impressively composed.

But then came the double accidents in Shanghai, once in qualifying, once in the race – an unfortunate place to leave off as a recovered Wehrlein returned. A few months later he was given a Friday chance with Haas but, over-eager to make amends for Sepang, pushed too hard too early on the dusty track and had a big off that seriously disrupted the team’s weekend. The momentum had gone – and he was leapfrogged in the Ferrari junior driver hierarchy by Leclerc, who seemingly could do no wrong in F2.

Ferrari has kept faith, though. The road of opportunity is all there for Giovinazzi to devour – if he’s got the right stuff. Having a driver of Räikkönen’s standing as a team-mate is actually great news for him. People will notice when he out-performs him and cut him some slack when he doesn’t. But there’s just those nagging questions…