Between November 29 and January 3, we’ll be reviewing the 2012 motor sport season month by month. Along with these features, Ed Foster will be assessing each Formula 1 team’s performance, starting with HRT. There will be galleries, competitions and Nigel Roebuck’s top 10 drivers. Finally, in the run-up to Christmas, each of our writers will talk about their highlight of the year, so keep checking back every day. This time we look at June.

In Canada, scene of Jenson Button’s incredible last-to-first win in 2011, it was to be another good day for McLaren. Lewis Hamilton scored his first victory of the year – the seventh driver to do so in seven races. Following him home were Romain Grosjean and Sergio Pérez who both staged a late charge, but it was not enough to overcome the elated Hamilton. It was a result the Brit had been threatening all year only to be thwarted by his team’s mistakes. Now, five years since his first career victory in Montreal, he seemed to be regaining the form and the attitude of that time. 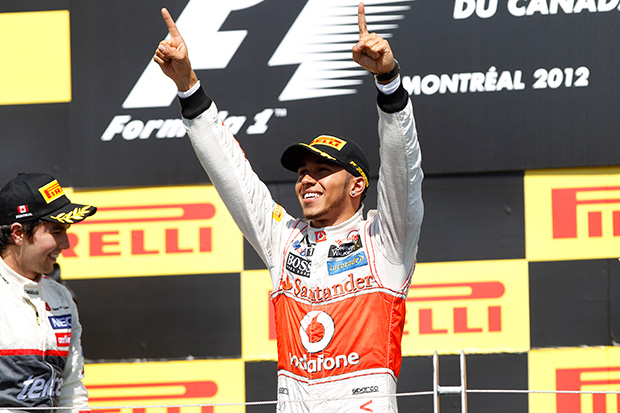 The Valencia circuit is certainly not the most popular on the schedule, but this year’s European Grand Prix was definitely one of the most exciting. After an alternator failure robbed Sebastian Vettel of victory, Fernando Alonso took an emotional home win. But there was so much more to savour down through the field. Schumacher and Webber charged together from the back of the pack, finishing third and fourth; the first podium of Schumacher’s second stint in F1.

Hamilton retired two laps from the finish after forcing Maldonado off-track while defending a place he was bound to lose. The hot-headed Williams driver made an equally aggressive move to get back on track and inevitably the two came together, putting Hamilton in the wall. As they say, don’t poke the bear.

Alonso’s win put him 20 points clear of Mark Webber in second place, driving a car that most agreed was at best third fastest at that point in the year. The fight to make up ground on him was on.

The statistics don’t tell the full story of this year’s Le Mans 24 Hours. A 1-2-3-5 for Audi, both Toyota’s retired, a Rebellion Racing Lola sneaking into fourth place. 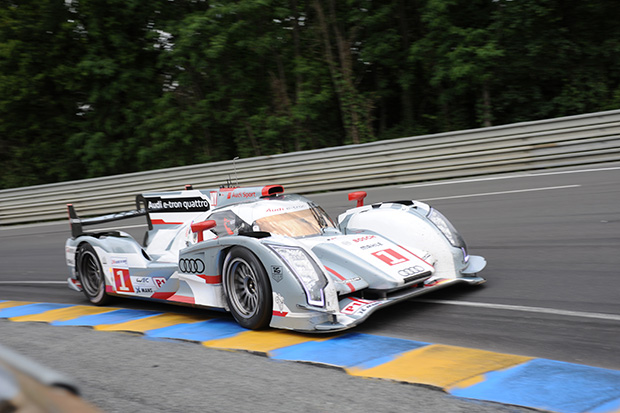 The true picture was somewhat different. The battle between the two lead Audis was intense; with the announcement of Dindo Capello’s retirement from top-flight racing, his partners Allan McNish and Tom Kristensen were desperate to give him a winning send off.

It was not to be, McNish crashing at the Porsche Curves and having to pit for repairs. This handed victory to last year’s winners, André Lotterer, Marcel Fässler and Benoît Tréluyer. Meanwhile, the Toyotas were showing some intimidating pace. Qualifying third and fifth, they ran well, but succumbed to bad luck.

Anthony Davidson escaped with two broken vertebrae after a GTE-Am Ferrari sent his Toyota somersaulting at the end of the Mulsanne Straight. The other car was involved in the incident that ended the DeltaWing’s race before succumbing to an engine failure.

It was an inauspicious finish, but the pace was there and the newcomers posed a very real threat to Audi.

Scott Dixon, unlike Ganassi team-mate Franchitti, had strung together some solid results in 2012, finishing second three times. In Detroit it was his turn to take the chequered flag, leading home a 1-2 with the Scot, with Simon Pagenaud again making himself known in third. 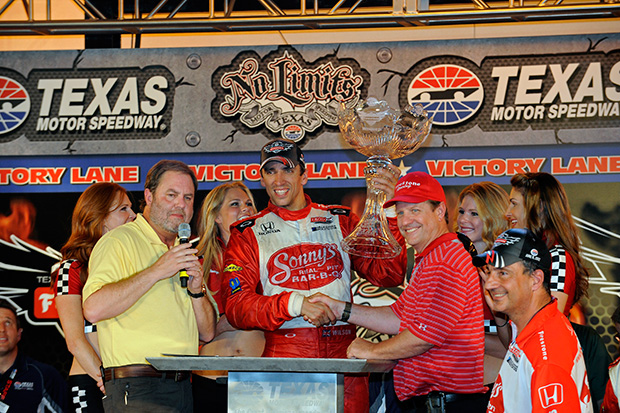 Will Power still led the standings from Dixon and Hinchcliffe, but now Ryan Hunter-Reay would make an assault on the standings, reeling off two consecutive oval wins at Milwaukee and Iowa. Power struggled at these venues (as he often has) finishing 12th and 23rd. Suddenly Hunter-Reay was second in the standings, but with only one oval race left, it was anyone’s game.

New Zealand brought a third consecutive victory for Sebastian Loeb, leading a Citröen 1-2 with Hirvonen. Petter Solberg finished third, over 90 seconds in arrears of the leader.

The motorcycling month was a tense one. Three races, at Barcelona, Silverstone and Assen. Lorenzo took two wins, Stoner one, with Pedrosa on the podium for all three. There was no room for error here and the feeling was that the first rider to fall behind the other two would never get back into the chase. Lorenzo and Stoner were tied with 140 points apiece, with Pedrosa trailing slightly with 121. To give an indication of how dominant the trio had been, the next best riders – Tech 3’s Cal Crutchlow and Andrea Dovisioso – were behind on 77 and 76 points respectively. 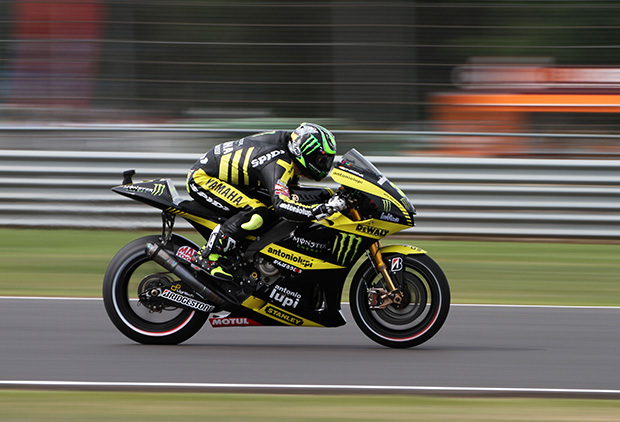 Rob Widdows, Ed Foster and Mat Oxley sat down for a podcast with Crutchlow, our first with a biker.

Olly Gavin was at Le Mans trying for his fifth GT class win and had an interesting experience at the drivers’ parade:
“A couple of bouncers tried to wrench the roof off the car and our man just exploded with rage. I don’t understand French that well, but I definitely got the message and have now got some expletives off pat!”

Paul Fearnley looked at the ever-changing European Grand Prix:
“It existed in the main to provide Michael Schumacher the opportunity to rack ’em up at the ’Ring – and knock ’em down at Jerez: 1997, Jacques Villeneuve, corner pocket.” 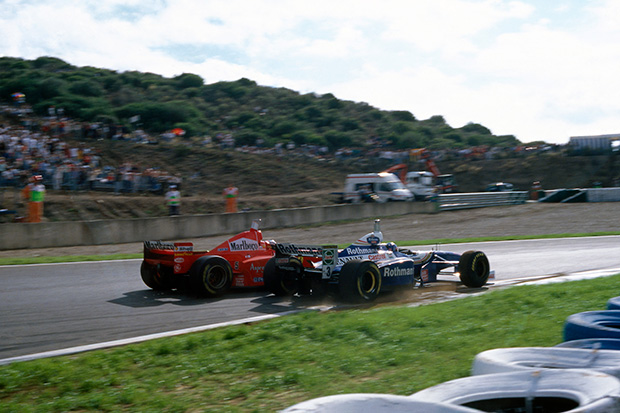 MSW Laywrong shared his opinion after Valencia:
“How good was Alonso? Better than Schumacher at his apogee.”

Justin Wilson’s win made DR Barker happy:
“The strong oval showings keep on coming now there is a skill element. Set up is still critical but the real drivers are starting to show through.”

Andy Beaumont raised a question after Le Mans:
“Given the number of accidents and near misses that occur on the Mulsanne chicanes, is there an argument for their removal?”