Between November 29 and January 3, we’ll be reviewing the 2012 motor sport season month by month. Along with these features, Ed Foster will be assessing each Formula 1 team’s performance, starting with HRT. There will be galleries, competitions and Nigel Roebuck’s top 10 drivers. Finally, in the run-up to Christmas, each of our writers will talk about their highlight of the year, so keep checking back every day. This time we look at May.

When the teams headed to Barcelona things were expected to settle down. Having spent plenty of time there at the pre-season tests, the true form of each car would surely show itself.

Then Pastor Maldonado put his Williams on the front row, which became pole once Lewis Hamilton was penalised for not having enough fuel in his car. Sir Frank was making an increasingly rare race appearance to celebrate his 70th birthday and the entire team was in high spirits.

In only his second season, Maldonado had a reputation for being erratic and crash-prone, but once he had the opportunity to shine he didn’t waste it. Helped by some fine strategic thinking from Williams, the Venezuelan held Alonso at bay to take his first win. 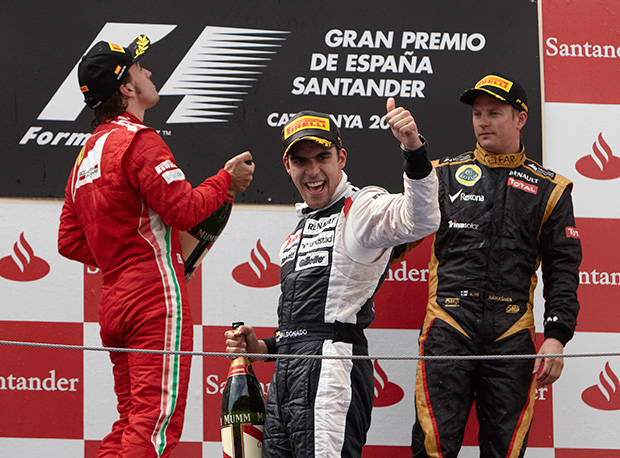 The celebrations were short-lived, however, as a fire engulfed the Williams garage. No one was seriously hurt, but it was unfortunate to end a special day on such a down note.

In Monaco it finally looked like Michael Schumacher could build on the promise of his unlucky first few races. But he’d clumsily run into the back of Bruno Senna in Spain, so even though he posted the fastest time in qualifying he was docked five places for the infraction.

This put him into the clutches of Romain Grosjean, steadily building a reputation as a first lap menace. When Alonso moved over on the run down to St Devote, Grosjean appeared to panic, slamming Schumacher into the barrier and causing the further retirements of Kobayashi, de la Rosa and Maldonado.

After that moment of chaos, the race settled down, Mark Webber winning from his inherited pole position. Nico Rosberg finished second – making Schumacher’s exit all the more unfortunate – and Alonso survived the first corner to take third and the championship lead. 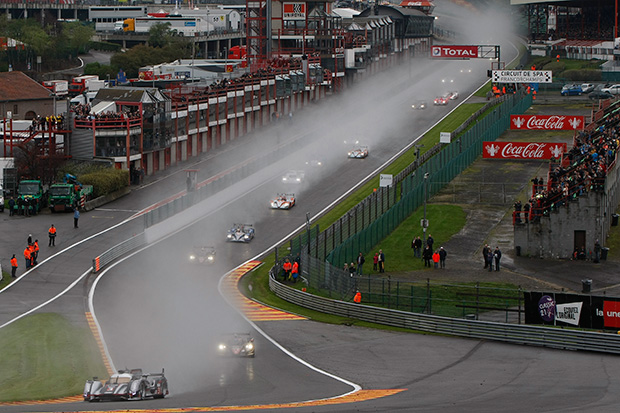 The WEC visited Spa for the 6 Hours, giving Audi another easy victory. At this stage of the season the only intrigue in the LMP1 class was seeing which of the R18s would win; an ultra or an e-tron quattro? In this case it was the ultra of Romain Dumas, Loïc Duval and Marc Gene.

There didn’t seem to be much concern about the threat posed by Toyota’s new TS030, which would make its debut at Le Mans in June. Even after years of development, Peugeot were still often no match for Audi; what could Toyota do at this early stage?

May was as usual taken up by the Indianapolis 500. Ryan Briscoe qualified on pole at 226.484mph with James Hinchcliffe and Ryan Hunter-Reay joining him on the front row. After 10 different drivers had held the lead – including, briefly, Rubens Barrichello – it all came down to the last lap.

Dario Franchitti and Takuma Sato had clawed their way up from 16th and 19th respectively to lead the field. Heading into Turn 1 Sato plunged down the inside, losing the back end as Franchitti struggled to avoid both him and the slippery ‘grey’ further up the banking. Sato’s bid ended in the wall and Franchitti cruised to his third win of America’s greatest race. 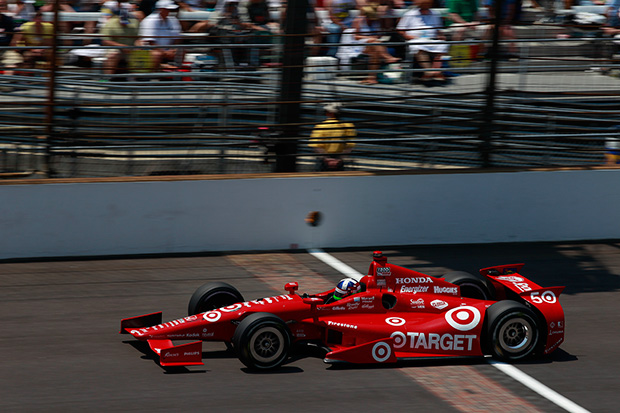 The Acropolis Rally brought another dominant victory for Sebastian Loeb and Citroën. Just like Audi in the WEC, no one really expected anything different. The season was becoming just like the previous eight – a long wait for Loeb to run into difficulties.

The tense battle continued at Estoril in Portugal, with the same three riders on the podium. Casey Stoner won again, followed by Lorenzo and Pedrosa.

At the next round in France, Lorenzo and Stoner were again in the top three, but this time they were split by an interloper in the form of Valentino Rossi. The struggling Ducati rider had not scored a podium finish since last year’s French Grand Prix.

The biggest bombshell of the weekend at Le Mans came from Stoner who, at the age of 26, announced his impending retirement. A double champion, the polarising Australian would create a huge hole at the top of the sport at season’s end. 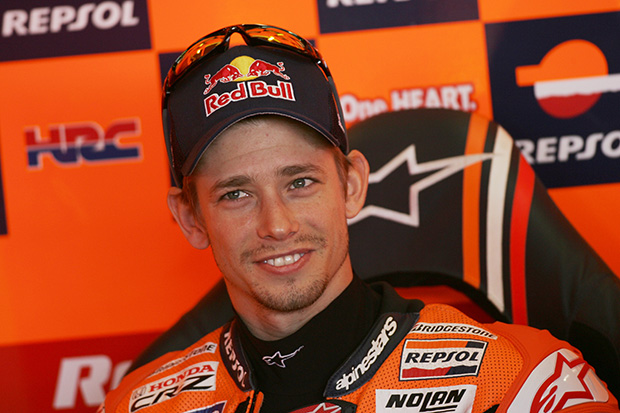 Sports car racer Johnny Mowlem started writing for the website, talking about his ALMS experience at Laguna Seca:
“I had never actually driven a prototype coupe before. With its high front wheel arches, and heavily domed cockpit you feel more like a low-flying fighter pilot than a racing driver!”

Rob Widdows rejoiced in the first Williams win for eight years:
“It is not about the engine, or the aero, or the money. They have to be in place. It is about a raging desire to win, bloody hard work, and, in the case of Sir Frank Williams, a lifelong passion for his team and his sport.”

Mat Oxley mulled over the reasons for Casey Stoner’s early retirement:
“He believes that the sport ‘he fell in love with’ has changed for the worse, to the point where it’s now more of a marketing exercise than a bike racing championship. It’s hard to disagree with him on that one.” 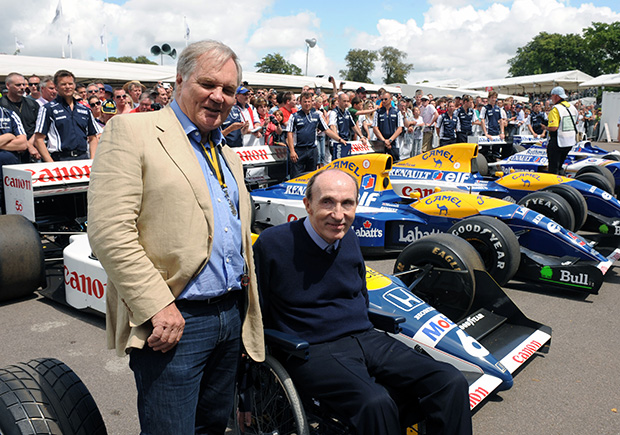 John Saviano was pleased to see Williams back on top:
“If there’s any team that truly personifies the F1 spirit, it’s Williams. Through thick and thin, they keep at it. Sometimes they have the best solution, sometimes not, but it doesn’t keep them from focusing on racing.”

Johnny K echoed Stoner’s sentiments:
“The mechanics and racers are the ones who need to be down there by the track. Not dudes in suits.”

Dave Cubbedge supported Franchitti’s defence against Sato:
“For all you fans out there that are critical of Franchitti’s lack of providing an opening for Sato to cruise through, remember this was the last lap of the Indy 500. Sato could’ve waited for the back stretch and probably would’ve won the race.”