Michael Schumacher
Points: 49
Best qualifying: 2nd (not including his Monaco pole, which was stripped after he took a five-place grid penalty)
Best race result: 3rd 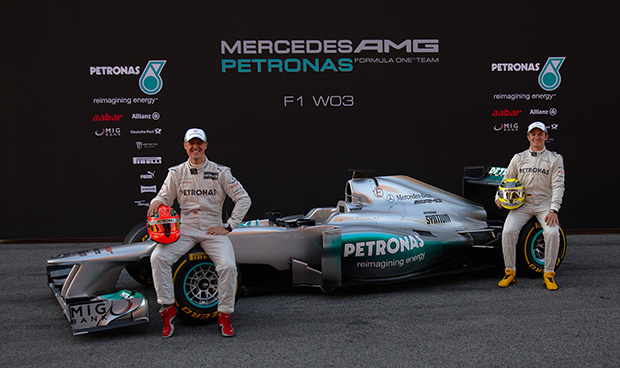 Mercedes has one of the best management teams on the grid and it’s got Ross Brawn – the man who guided Michael Schumacher to all those titles and Button/Brawn to the 2009 titles. So how have they struggled so much these past three years?

In order to survive Brawn was forced to lay off a huge number of people and the 2009 hangover played well into 2010. What’s more the ‘three point turnaround’ of Bob Bell, Geoff Willis and Aldo Costa arrived too late to have a big impact on this year’s car. However, apart from Rosberg’s pole position and win in China it’s been another difficult year.

Could the team have done better if it had the likes of Alonso, Hamilton or Vettel in its cars? Probably, but we’ll only really know the answer to that next year when Rosberg will be up against the 2008 World Champion.

What is clear is that after a promising start to 2012 the team gently slipped back into the midfield. This may well be because Ross has ‘done a 2008’ and has been focusing on next year’s car for much longer than normal. The fact that he’s planning to, unusually, make the first test of 2013 certainly seems to back up that idea.

So what of 2012? Although there’s no denying that Rosberg had the better of Schumacher for most of the season, there’s also no escaping the fact that the seven-time world champion suffered plenty of bad luck. He retired from third place in Australia due to gearbox problems, he suffered a DRS problem and a five-place grid penalty for a gearbox change in Bahrain, he was hit by Vergne and eventually had to retire the car in India and then he missed out on points in Abu Dhabi because of a puncture. If none of these had happened he would have been much closer to Rosberg in the championship standings. That said, he would have been closer still if he hadn’t clattered into the back of Senna in Spain and then Vergne and Pérez in Singapore… Two errors that made him look like an F1 rookie. 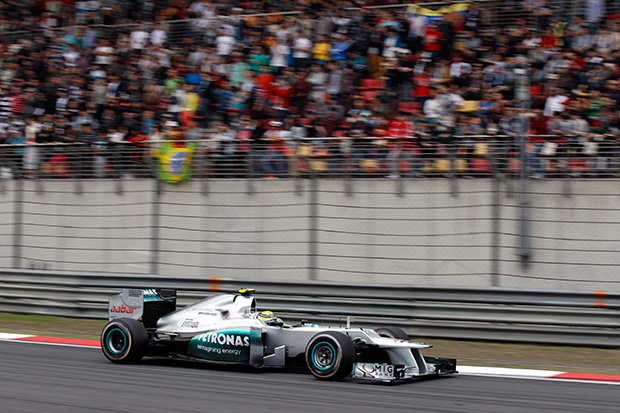 Rosberg had much the same problem with Narain Karthikeyan’s HRT in Abu Dhabi when it slowed because of hydraulic pressure problems, but then his win in China was one of the most convincing of the year. He was on pole by over half a second, which was pretty special considering that the gap from second to ninth was just one second, and then won the race by over 20 seconds. It was a display that left you convinced that Rosberg really should be classed as one of the top drivers in Formula 1. Fast-forward to July 8 and the British Grand Prix, though, and he ran an anonymous qualifying that left him 11th on the grid and an even more anonymous race which left him 15th at the flag. The car wasn’t a race winner that weekend thanks to problems getting heat into the tyres, but Schumacher had qualified third and finished seventh.

At the beginning of the 2012 we spoke to Brawn about the changes at Mercedes and the reasons why the team has struggled since its return to Grand Prix racing. He was frank, and admitted that the team had underestimated how hard it was to keep up with the top teams. “I think we moved forward, we just didn’t move forward enough,” he said of 2011. It seems the same story is true of 2012 after the car’s early promise.

The thoughts in the pitlane are that Mercedes will have a head start when the new regulations come into force in 2014 – why else would Hamilton be going there? – but the Mercedes management will want results before then. However early the team started the 2013 car it will be a long winter.