Silverstone’s MP has backed calls for Lewis Hamilton to be knighted, describing the six-time F1 World Champion as “the greatest living British sportsman”.

Greg Smith, the newly-elected MP for Buckingham, used his maiden House of Commons speech to champion Hamilton’s success and his case for a further honour.

“It is an absolute personal pleasure, as a motorsport fan since I was eight years old, to represent roughly half of the iconic Silverstone circuit,” Smith said.

“Is it not time that the greatest living British sportsman, with six world championships and counting, should be recognised with a knighthood in our honours system?”

The six-time Formula 1 world champion is Britain’s most successful F1 driver of all time, surpassing the likes of Sir Jackie Stewart, Jim Clark and Nigel Mansell in the record books.

After adding to his championship tally last year, there was surprise — and dismay — that he was not recognised in the New Year Honours List.

Many pointed out that Sir Jackie, Sir Jack Brabham and Sir Stirling Moss have received knighthoods. There is also a pattern of leading British sportspeople, including Sir Andy Murray, Dame Jessica Ennis-Hill and Sir Mo Farah being knighted or receiving damehoods while still competing.

“I can’t think of anyone more worthy of that recognition than Lewis,” said David Richards, chairman of Motorsport UK, in December. “It would be a major oversight if that is not recognised.” 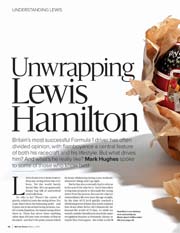 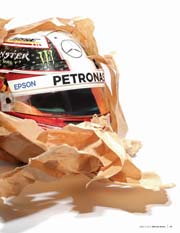 Hamilton received an MBE in 2008 for services to motor racing after winning his first world championship title.

Since then, the 35-year-old has gone on to become the second most successful driver in Formula 1 history and is quickly closing in on the all-time record of 91 F1 wins and seven championships set by Michael Schumacher.

Hamilton won the BBC Sports Personality of the Year award for the first time in 2014, but missed out last year, finishing second after the public voted to crown England cricketer Ben Stokes the 2019 winner. It was the fourth time that he had finished runner up in the contest.

Hamilton himself said last year that he is not expecting a knighthood despite his success in F1.

“Honestly, I don’t really like to think too much about it,” he said. “Just the fact that people have mentioned it, it’s already an honour, but it’s not been something that I’ve been chasing in my life.

“If, at any point, that was to happen, I don’t particularly know how I would handle it. I have stood in front of Her Majesty The Queen before and it was pretty incredible and I think she’s just awesome.

“Again, I don’t think it’s going to happen, and again, it doesn’t bother me if it doesn’t. It doesn’t mean I’m not British.

“It doesn’t mean I’m not continuing to try and raise the flag as well as I can but I do appreciate all the support I’ve had from my fans and also from the British media.”