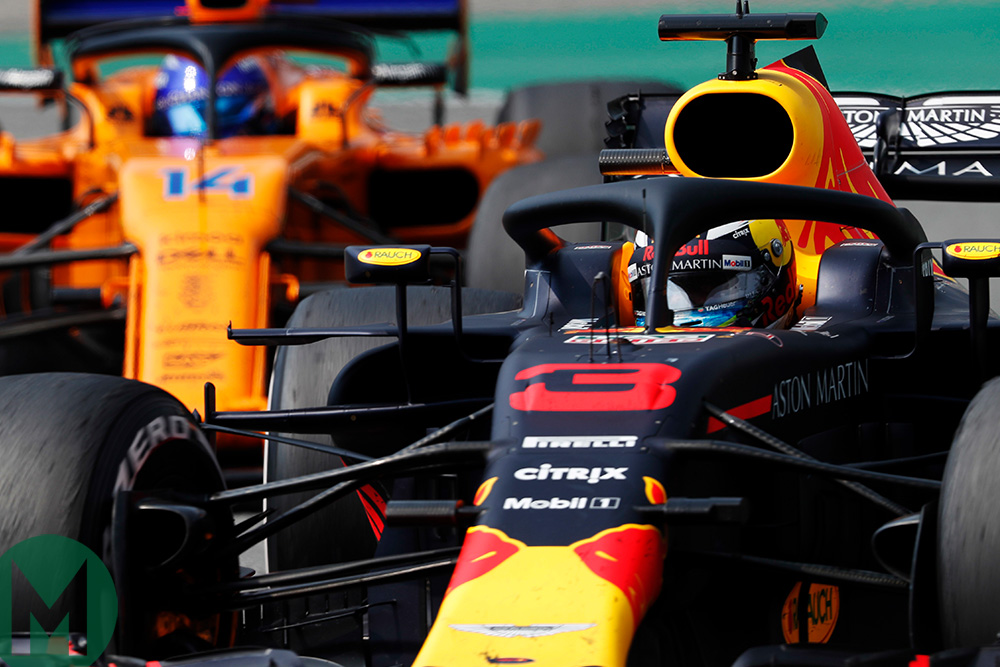 As with Fernando Alonso’s decision to skip the 2017 Monaco Grand Prix in order to contest the Indianapolis 500, news of Daniel Ricciardo’s defection to Renault was something of a delicacy: a 24-carat story that broke without warning. No leaks, no murmurs, no clues. The announcement took everybody by surprise, current employer Red Bull included. In an age when the most banal soundbites are all too often massaged into ‘news’, here was something worthy of mature analysis.

Bygone parallels? Emerson Fittipaldi springs to mind. Ahead of the 1976 season the Brazilian gave up a potentially title-winning McLaren seat (it was) in favour of a place with his brother Wilson’s Copersucar-Fittipaldi team, with which he went on to record two podium finishes in five seasons before calling time on his F1 career.

While under contract to Tyrrell, Jean Alesi famously agreed terms with Williams-Renault for 1991… then allowed heart to rule head – and caused significant administrative headaches – by signing additionally for Ferrari. In the time it took him to score his only Grand Prix win (Canada 1995), Williams-Renault drivers had collectively racked up 36.

Slightly more recently, Jacques Villeneuve quit Williams at the end of 1998 to throw in his lot with newcomer British American Racing, but the former was in a period of relative decline and the latter blended both promise and substantial resources (although it wouldn’t win races regularly until it morphed into Brawn GP, 10 years and several ownership phases later).

When Lewis Hamilton left McLaren-Mercedes at the end of 2012, he was walking away from what was – at the time – one of the fastest chassis/engine combinations to join a team of significant means that had recorded just a single victory in the previous three seasons. Some thought that short-sighted, but three subsequent world titles and 46 GP wins suggest otherwise. McLaren hasn’t won a race in his absence – a detail nobody could have foreseen. Compare his statistical shift with that of Alonso, who had 32 victories to his name when he left Ferrari for McLaren at the end of 2014… and hasn’t since added to that tally.

There is no obvious sign that Renault – winner of the 1906 Grand Prix de l’Automobile Club de France, fore-runner of modern racing – is about to rattle the F1 hierarchy, but historically the marque has enjoyed cyclical peaks. It caused rivals to snigger when it introduced turbocharging to F1 in 1977 (a matter of cost efficiency – it was cheaper to convert an existing 2.0-litre V6 sports car engine into a 1.5-litre turbo than it was to build a naturally aspirated three-litre from scratch). Initially unreliable, its pioneering methodology was winning races within two years and thereafter established a template for Grand Prix racing’s medium-term future. After turbos had been banned, Renault was at the forefront of V10 development: its new engine was twice victorious in 1989, its first season, and F1’s dominant force for much of the 1990s. When Renault returned in 2001 after a short break, it produced an unusually wide-angle (111-degree) V10 that maintained the firm’s reputation for eschewing convention… though it wouldn’t yield much in the way of results, Alonso’s breakthrough success in Hungary 2003 notwithstanding. A year after switching to a 72-degree V10 it won the world championship – a feat it repeated in 2006 when the rules changed and it built its first 2.4-litre V8. That engine subsequently powered Red Bull to consecutive F1 title doubles from 2010-2013, but in the hybrid era Mercedes has won 68 of the 91 races to date, Ferrari 12 and Red Bull-Renault 11, while the factory Renaults have managed no more than a couple of fifth places since the company re-entered as a works team in 2015.

This is probably his boldest move yet.